Accessibility links
Carfentanil: Deadly Opiates Sent By Mail From China Killing Addicts In The U.S. Carfentanil's a highly potent opioid. It is blamed for hundreds of lethal overdoses. Much of it reaches the U.S. from China, via the U.S. Postal Service. Now, China's announced a ban on the substance. 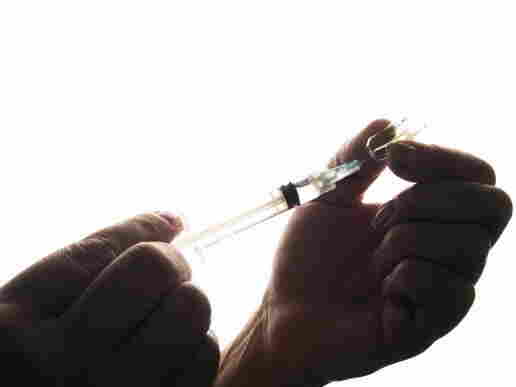 A drug lethal enough to be used as a chemical weapon — called carfentanil — has made its way into the illicit opiate trade. UniversalImagesGroup/UIG via Getty Images hide caption 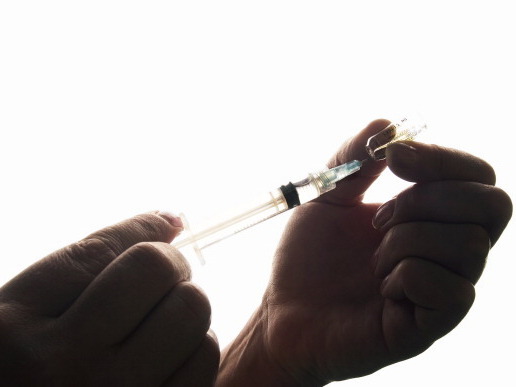 A drug lethal enough to be used as a chemical weapon — called carfentanil — has made its way into the illicit opiate trade.

Carfentanil is an opiate 10,000 times more powerful than morphine. And since last summer, it's been killing addicts and confounding first responders across the country.

The drug was never intended to be consumed by humans. But it has been used to kill and immobilize humans — reportedly, in assassination attempts and by Russian Special Forces in 2002. They apparently used it in aerosol form as a knockout gas to end a hostage situation. Tragically, the gas ended up killing more than 100 hostages.

"During the month of July, paramedics in Akron registered more than 230 drug overdoses, with 14 of those being fatal. ... Those were eventually linked to carfentanil."

"Carfentanil is a synthetic opioid. It's of a drug class similar to fentanyl and other fentanyl analogs," Terry Boos says.

Boos is the section chief for the Diversion Control Division, of the DEA's Drug and Chemical Evaluation section. He says the only legitimate use of the drug is as a tranquilizer for very large animals, like elephants or hippos. So there's no medical literature to consult for its effects on humans. That knowledge is being gained the hard way, by first responders.

"During the month of July [2016], paramedics in Akron registered more than 230 drug overdoses, with 14 of those being fatal," DEA spokesman Russ Baer says.

"Those were eventually linked to carfentanil. Thereafter we saw outbreaks throughout Ohio, particularly in Cincinnati."

Baer says that since then, the DEA has found the drug in a number of states: "Florida, Georgia, Rhode Island, Indiana, Pennsylvania, Kentucky, West Virginia, New Jersey and Illinois."

He says the agency is still "tracking the presence and the proliferation" of carfentanil.

When the drug first appeared in Ohio, authorities had no idea what they were dealing with.

"In Cincinnati it took several days to get a sample of to be able to check it. And sure enough, many of the overdoses that had occurred in a spike were related to this carfentanil," Ohio Sen. Rob Portman says. 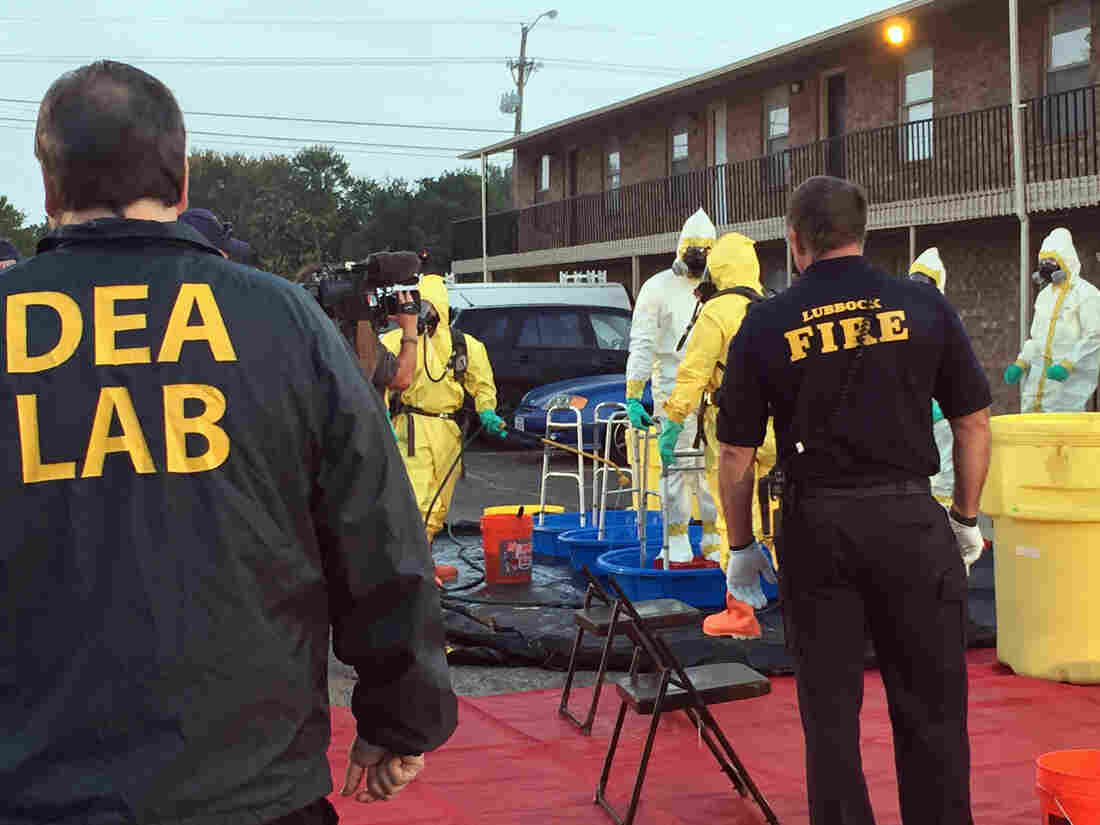 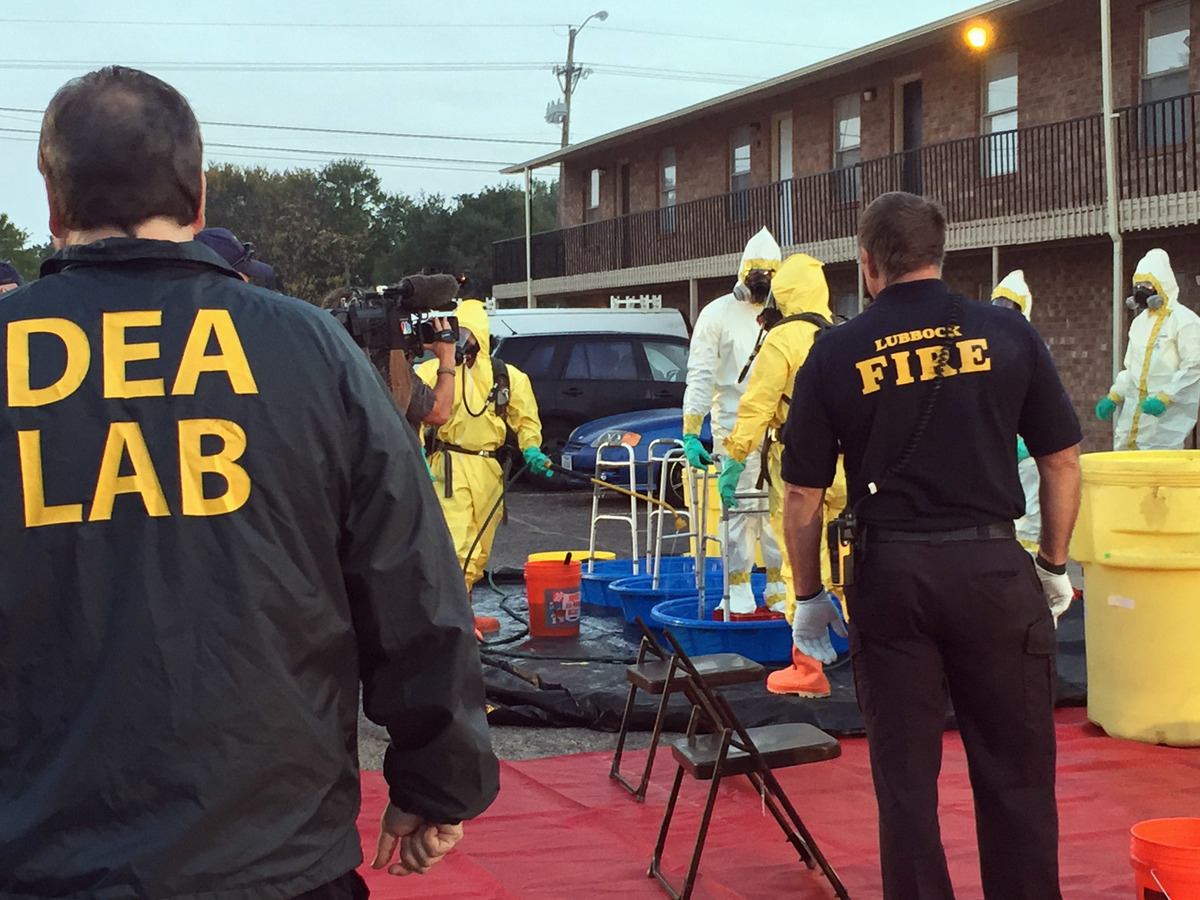 The DEA rushed to bring toxicology labs across the country up to speed. It's important for first responders to be able to recognize a carfentanil overdose.

They might, for instance, require multiple doses of the anti-overdose drug naloxone.

And since even the tiniest amount of carfentanil can kill, first responders who might encounter the drug need to take extra precautions. That includes agents screening packages from overseas.

Carfentanil "normally comes in — we're told — by the U.S. mail system, usually from China," Portman says. "Some laboratory in China producing it, and then shipping it to the United States by mail."

A bill for the U.S. Postal Service to track senders

Portman has co-sponsored a bill, the Synthetics Trafficking and Overdose Prevention, or STOP act.

Juliette Kayyem is a senior adviser to Americans for Securing All Packages (ASAP), one group backing the STOP act. She says the new law would require the U.S. Postal Service to track senders the same way private shippers do.

"The sender is required to give you a valid name, address, content size of the package, who they're sending it to in the United States," Kayyem says.

Supporters say that even if illicit drug sellers put in false information, when the data from all the packages gets crunched, algorithms can still identify suspicious packages — so screeners know which ones to scrutinize out of the millions the postal service handles.

The STOP act stalled in the Senate last year, but Sen. Portman reintroduced the legislation last month, and is hopeful it can pass with bipartisan support.

In the meantime, the Chinese government has taken action of its own. Largely at the request of the U.S., last month China announced the banning of the export of carfentanil along with three other opioids.

Baer of the DEA says a similar ban in 2015 helped get the drug known as "flakka" or alpha-PVP, off the streets here.

"Once China scheduled, alpha-PVP ... virtually fell off the radar and we've not seen any extent of flakka being in the distribution chain. So we've seen what the scheduling actions in China can do," Baer says.

He says that while fentanyl and its analogs remain a deadly problem, the percentage of overdoses associated with carfentanil have been on the decline in recent weeks. And he's hopeful China's new ban on sales will help keep the deadly opioid out.