Accessibility links
Book Review: 'How To Read A Dress,' by Lydia Edwards Lydia Edwards gives a knowledgeable introduction to Western European dresses. It feels bare at times but Edwards is more interested in providing insights rather than an extensive history.

'How To Read A Dress' Connects Centuries Of Women Through Fashion

'How To Read A Dress' Connects Centuries Of Women Through Fashion 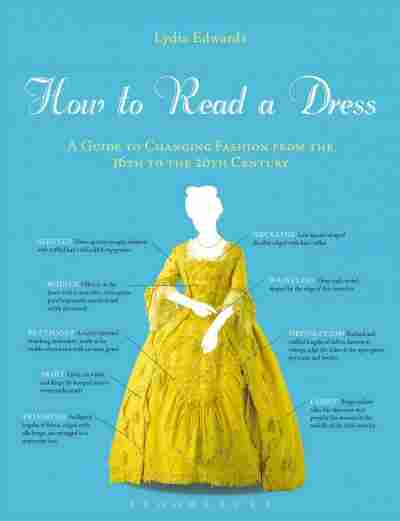 How to Read a Dress

Clothing is communication; it's a language we unconsciously absorb. And as with any language, the finer points bring the vocabulary together. When Janelle Monae walked the red carpet at the Oscars, we recognized the 18th-century influence in her dress. But that's not just for geometric effect. Wide French panniers indicated aristocracy; the neck ruff was an Elizabethan signal of leisure; the embroidered net suggests Empire gowns that ditched dress architecture in favor of gauzy embellishments. Through this lens, Monae's gown becomes a statement of luxury and celebration that deliberately reclaims and challenges a predominantly-white historical narrative and draws on three centuries of fashion history. It's just the sort of garment How to Read a Dress would love.

There are endless resources for costume historians, including Janet Arnold's exhaustively detailed Patterns of Fashion and Ingrid Mida and Alexandra Kim's The Dress Detective, which outlines academic methods for interpreting clothing as artifact. But those can be overwhelming to a novice — perhaps someone who has turned the TV to a period piece and seen something hilariously out of place, and just wants to know why it doesn't belong. For a knowledgeable introduction that has plenty of eye candy alongside its scholarship, Lydia Edwards' How to Read a Dress hits the spot.

A key word there is "introduction." Given that it covers nearly five centuries, the book makes quick work of some complex sartorial times. Edwards keeps a narrow focus on Western European styles and extant garments, and the overviews at the head of individual chapters — which cover anywhere from a decade to a century at a time — are brisk and brief. You'll likely be tempted to fill in the blanks with more research, such as when Edwards notes the significant shift from the relatively forgiving dresses of the 1830s to restrictive bodices and corsets in the 1840s, with only hints of what may have spurred such a dramatic change. (Maybe we're meant to end up dress detectives after all.)

But How to Read a Dress can't be an exhaustive history, and it's just as well it doesn't try. Instead, it neatly splits the difference between an art book and a glossary — a guided tour of a costume collection by a docent in the know. Each garment gets a page of point-by-point notes, with handy asides to show contemporary sketches of a pleating technique or give a closer look at the details of a print. And though few of the dresses perfectly conform to an ideal, the idiosyncrasies of style and construction in each gown end up being more interesting than textbook cases might be: they're reminders that while it works as historical artifact, a dress is also a reflection of something personal. A monochrome Victorian afternoon dress or a reworked bodice on an outdated Regency gown can hint at social class and regional differences, but they also tell us something about the women who wore them.

That sense of clothing as a living thing is at the heart of Edwards' work. The curated collection, featuring everything from funeral finery to department-store finds, offers an uneven but fascinating fashion primer that invites you to make connections across centuries, to wonder about the ways huge social shifts are reflected in everyday life, and tips you off about the placement of shoulder seams. Whether you're a costume nerd or just casually curious, How to Read a Dress will give you some insights into the language of dress. Period-piece TV will never look the same.