Accessibility links
Cheech Marin On How His Famed Comic Collaboration Was Like Chicano Art Marin, who has been collecting Chicano art for years, writes about the art of Cheech and Chong's comedy in Cheech Is Not My Real Name ... But Don't Call Me Chong! 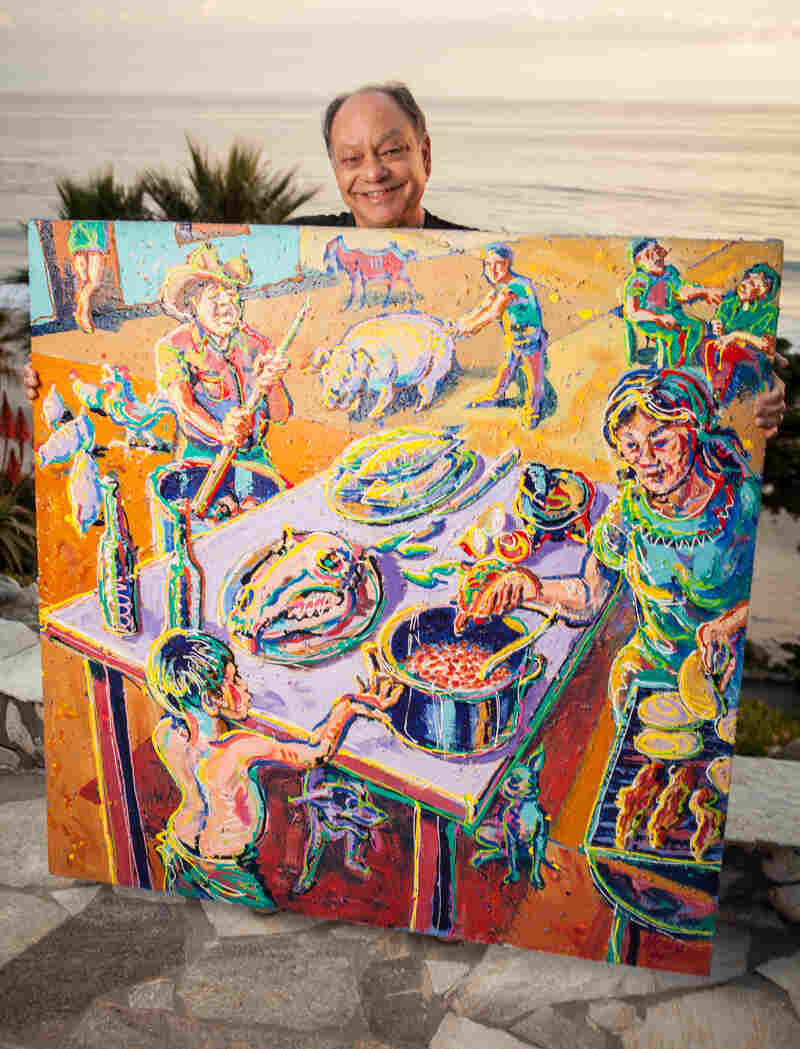 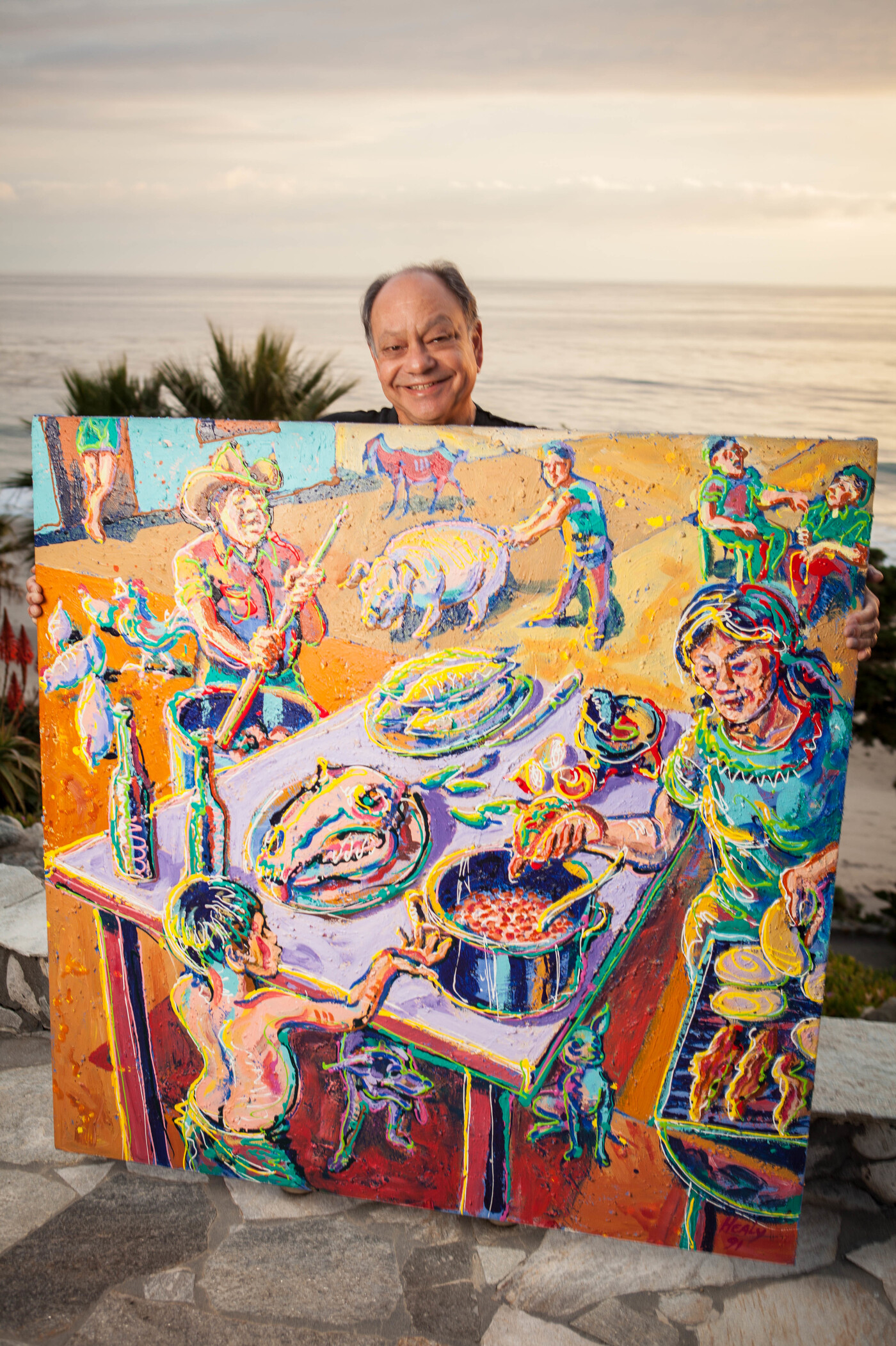 Cheech Marin lives up a winding hill in Los Angeles, high above where the ocean meets the mountains. He greets NPR in a Cheech and Chong T-shirt and makes sure to get everyone's names before inviting us in.

Marin, of course, was half of Cheech and Chong, one of comedy's most famous duos. The group became popular in the 1970s, and continued making movies into the '80s.

He lives in a gorgeous house, which he says he bought for its walls — they were perfect for his art collection. "I didn't even walk out to see the view," he says. "The view is spectacular." Throughout the house, Marin has hung canvases and placed sculptures with the eye of a curator. He's been supporting Chicano art for years, and his collection has toured museums all over the country.

He's reluctant to pick a favorite artwork, but if you press him hard enough he'll point to Wayne Alaniz Healy's Una Tarde en Meoqui, or "An Afternoon in Meoqui." "It's like a backyard barbecue," Marin says, "but it is Norman Rockwell with jalapeños."

Also on display are copies of Marin's new book; they're piled up on the coffee table, waiting for autographs. The cover shows 70-year-old Marin smashing a piñata of his younger self. The book is called Cheech Is Not My Real Name ... But Don't Call Me Chong! 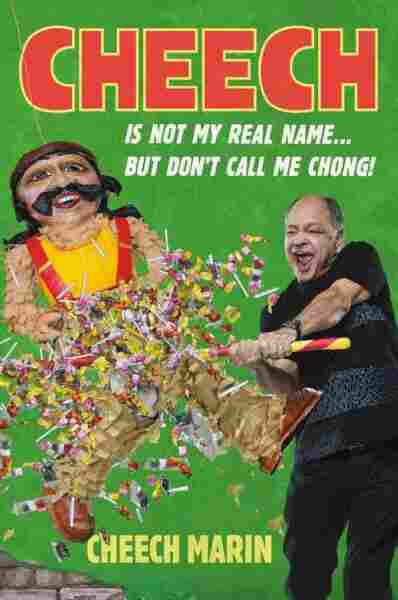 Cheech Is Not My Real Name

But Don't Call Me Chong!

Title
Cheech Is Not My Real Name
Subtitle
But Don't Call Me Chong!
Author
Cheech Marin

"Cheech is my nickname," Marin explains. (His real name is Richard.) "It always has been, in my family — short for chicharrón. ... You know, pork rinds. ... When I came home from the hospital, I was like a couple days old or something, my uncle came over and he looked in the crib and he said [in Spanish], 'Ay, parece un chicharrón.' Looks like a little chicharrón, you know?"

One of the funniest stories in his new book is about when he and his comedy partner, Tommy Chong, figured out what to call themselves. They were driving from a gig at a topless bar in Vancouver, Canada, and crossing a bridge that was technically closed for construction. It was raining like crazy, and the windshield wipers were broken. But Chong and his dad, who owned the car, had devised a temporary fix with a wire coat hanger.

"They bent it around out of the window and you operated it by hand as you were driving," Marin says. " ... And so [Chong is] working this, and he goes, 'Yeah, Cheech and Chong, that's it. We're gonna be big! We're gonna be giant, yeah!' as we're driving across a condemned bridge."

He says it was the perfect metaphor for Cheech and Chong. "[These] Chicano, Chinese-Canadian improvisational strip bar guys are gonna conquer the world? Good luck with that one!" 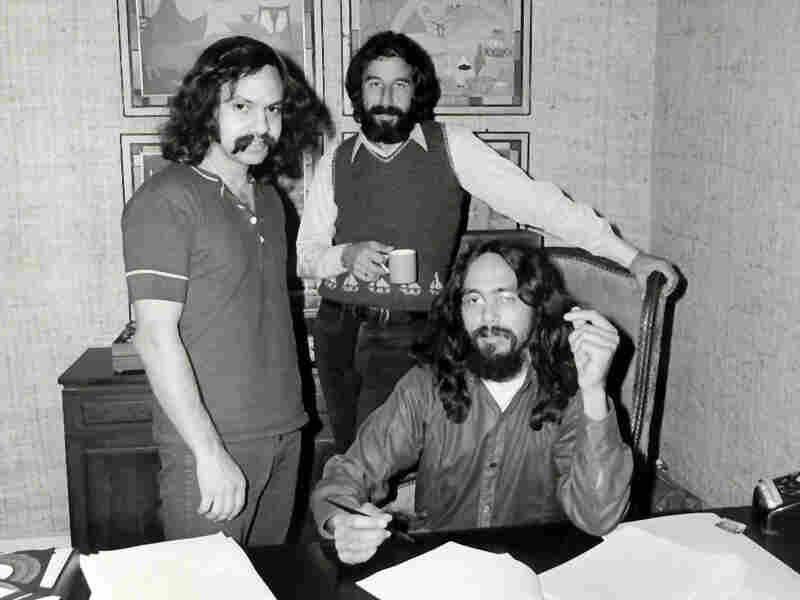 Marin and Tommy Chong (right) signed their first record contract with producer Lou Adler in 1970. In addition to their films, the duo made several comedy albums. Courtesy of Lou Adler and Hachette Book Group hide caption 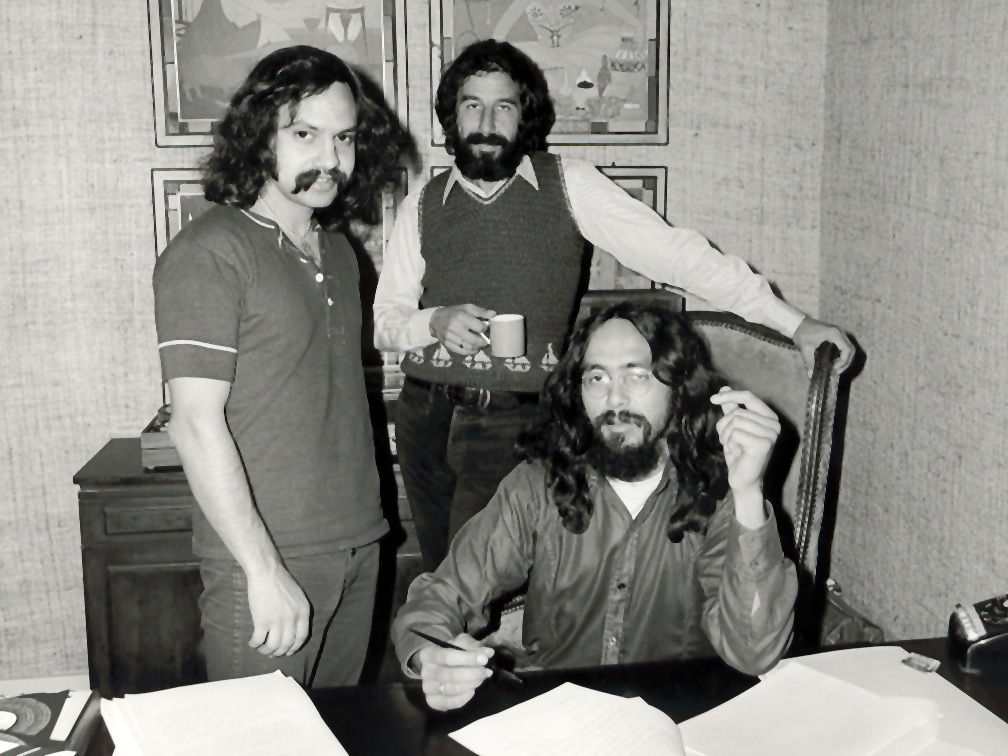 Marin and Tommy Chong (right) signed their first record contract with producer Lou Adler in 1970. In addition to their films, the duo made several comedy albums.

They went on to become, among other things, Hollywood's most famous stoners — and to think Marin grew up the son of an LAPD cop. His childhood home was in South Central LA, only 20 miles away from where he lives now — but it feels a lot farther.

"It is a world away..." Marin says. "When you get out [in] the world, you find out that everybody — especially if they come from Los Angeles — they all want to establish their street cred in some kind of conversation with you. And they go, 'Oh yeah, where you from?' I say, 'South Central.' 'Oh yeah, where?' I go, '36th and San Pedro.' They go, 'Oh yeah, that's South Central.' ... There's no argument. Drop an arrow into the middle and it's going to land on that corner."

Marin had a brief career as a singer (you can hear him crooning in the audio link above) before finding his way to comedy. As part of Cheech and Chong, he became known for over-the-top, absurd humor, notably in their 1978 movie Up in Smoke. But in his book Marin writes that it wasn't just about getting laughs.

"It is very much like Chicano art," he says. "It is sophisticated and primitive simultaneously. The scenes would play out and ... the comedy would be absorbed rather than having it jammed down [your throat]."

The idea, he says, is you laugh when you want to.