Accessibility links
Religious Communities Continue The Long Tradition Of Offering Sanctuary As a response to immigration enforcement, religious communities are preparing to shelter people at risk of deportation. They're drawing on the ancient tradition of offering sanctuary for refugees. 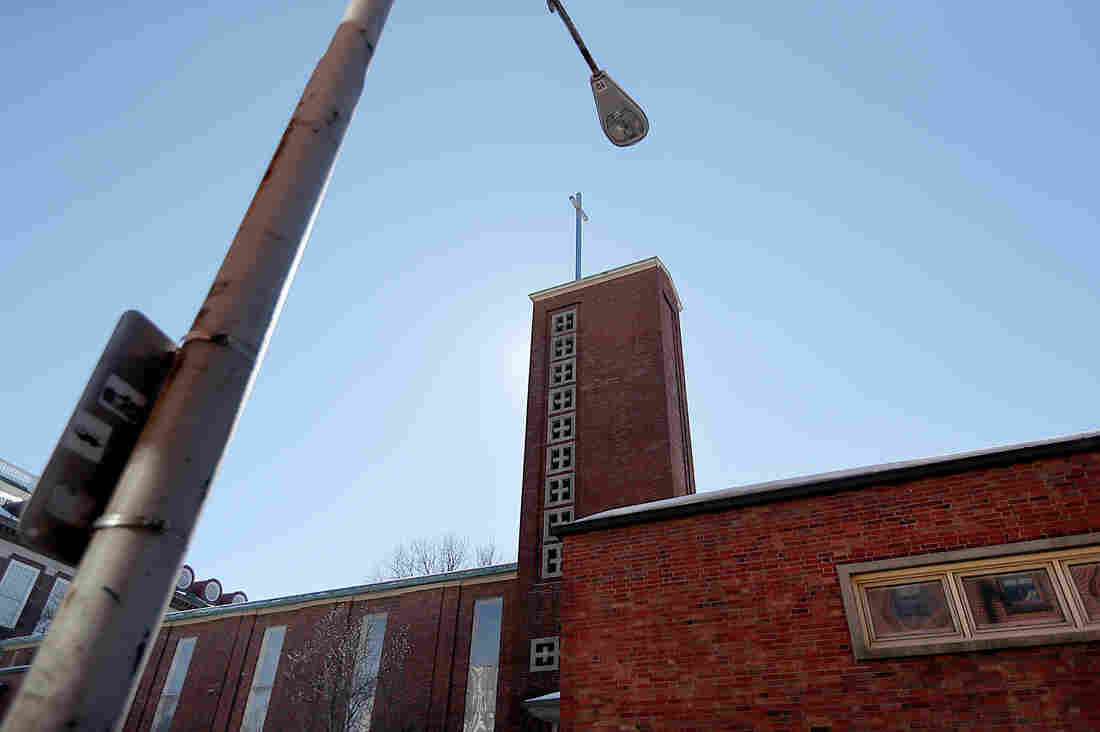 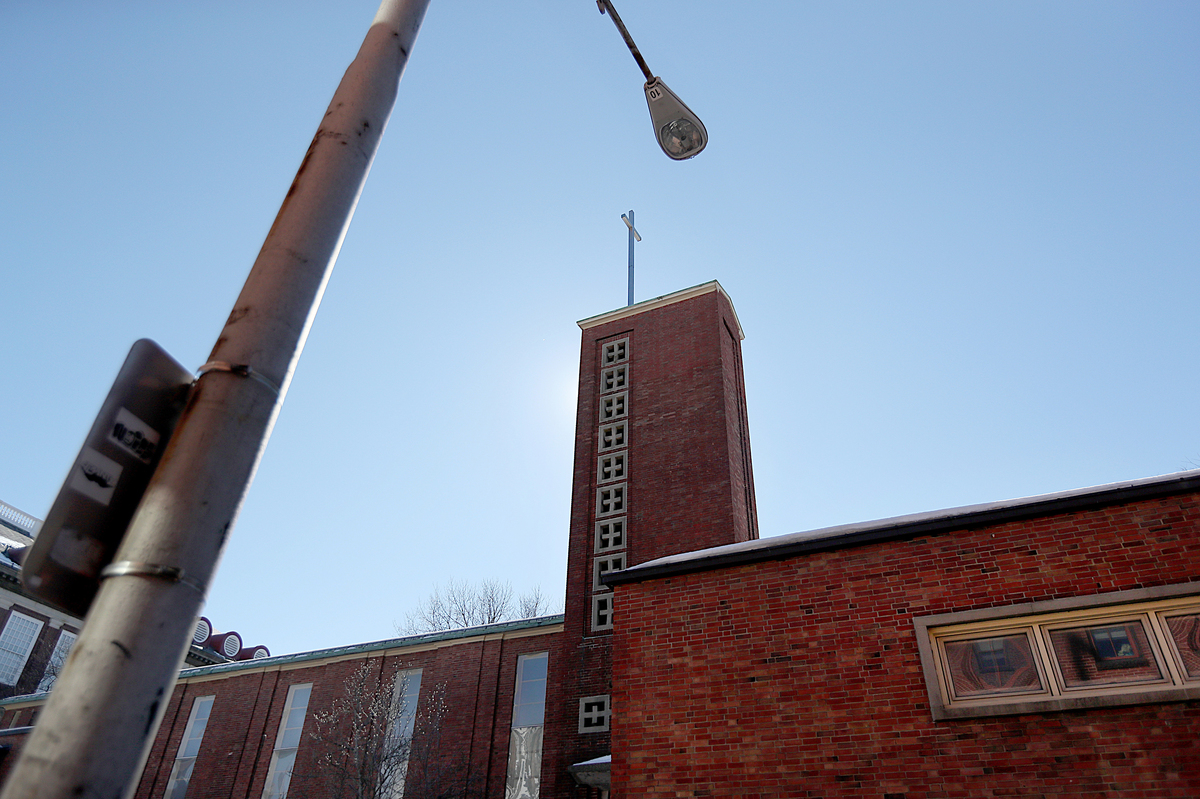 The University Lutheran Church in Harvard Square has become a sanctuary space for undocumented people.

As the Trump administration cracks down on undocumented immigration, religious communities across the country are responding by preparing to shelter people at risk of deportation.

In Denver, a congregation is already hosting an undocumented person avoiding immigration enforcement. And the Episcopal church in Los Angeles has declared itself a sanctuary diocese.

U.S. immigration officials have a policy of staying away from what are called "sensitive locations" — places such as schools, hospitals and places of worship. An Immigration and Customs Enforcement spokesperson says this policy remains in effect under the new administration.

On a narrow side street in Cambridge, Mass., music spills out of University Lutheran Church.

Inside the front door are rainbow Adirondack chairs. There's a pipe organ in the chapel, and if you head up the back stairs, you'll see a room where there will soon be a trundle bed.

Pastor Kari Jo Verhult is converting the Sunday school classrooms of her church to living quarters with the help of a group of nearby Christian and Jewish congregations.

"This is bedding," she says. "So lots and lots of bedding and towels."

With a half-dozen air mattresses and a futon lined up, the church is ready to host undocumented immigrants who fear deportation.

Pastor Verhult hopes it will hold. But she says another, older policy comes to mind.

She pulls out her Bible.

"OK, so this is the Book of Numbers," she says.

She flips to the Old Testament.

"You shall designate three cities beyond the Jordan and three cities in the land of Canaan to be cities of refuge," she says. "These six cities shall serve as a refuge for the Israelites. For the resident or transient alien among them."

In these cities, people were beyond the reach of law enforcement.

And it wasn't just the Israelites. In ancient Egypt, Rome and Greece, temples were sanctuaries.

"It's a fairly natural progression for Christian churches to claim the same ability to protect fugitives that others had," says Karl Shoemaker, a professor at the University of Wisconsin and an expert in the history of sanctuary law.

He says for centuries, congregations have provided for those on the run.

In America, churches were key stations on the Underground Railroad. And in the 1980s, a network of churches helped people flee wars in Central America. 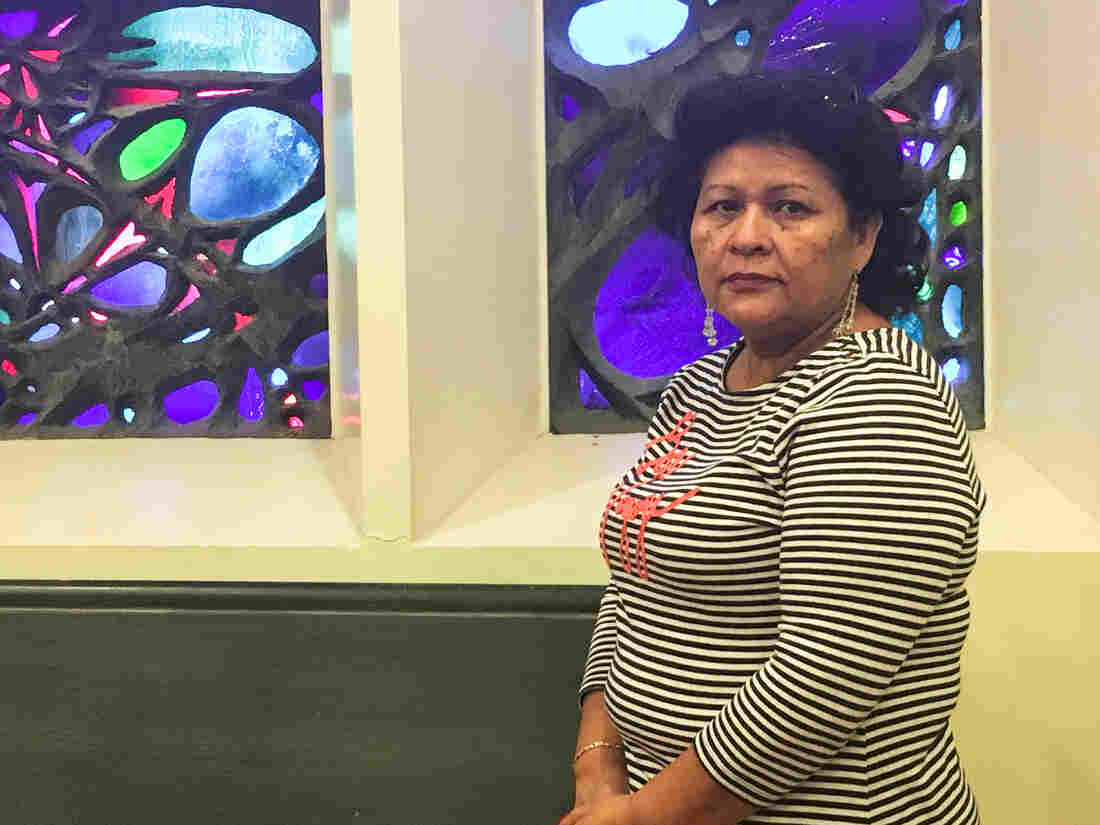 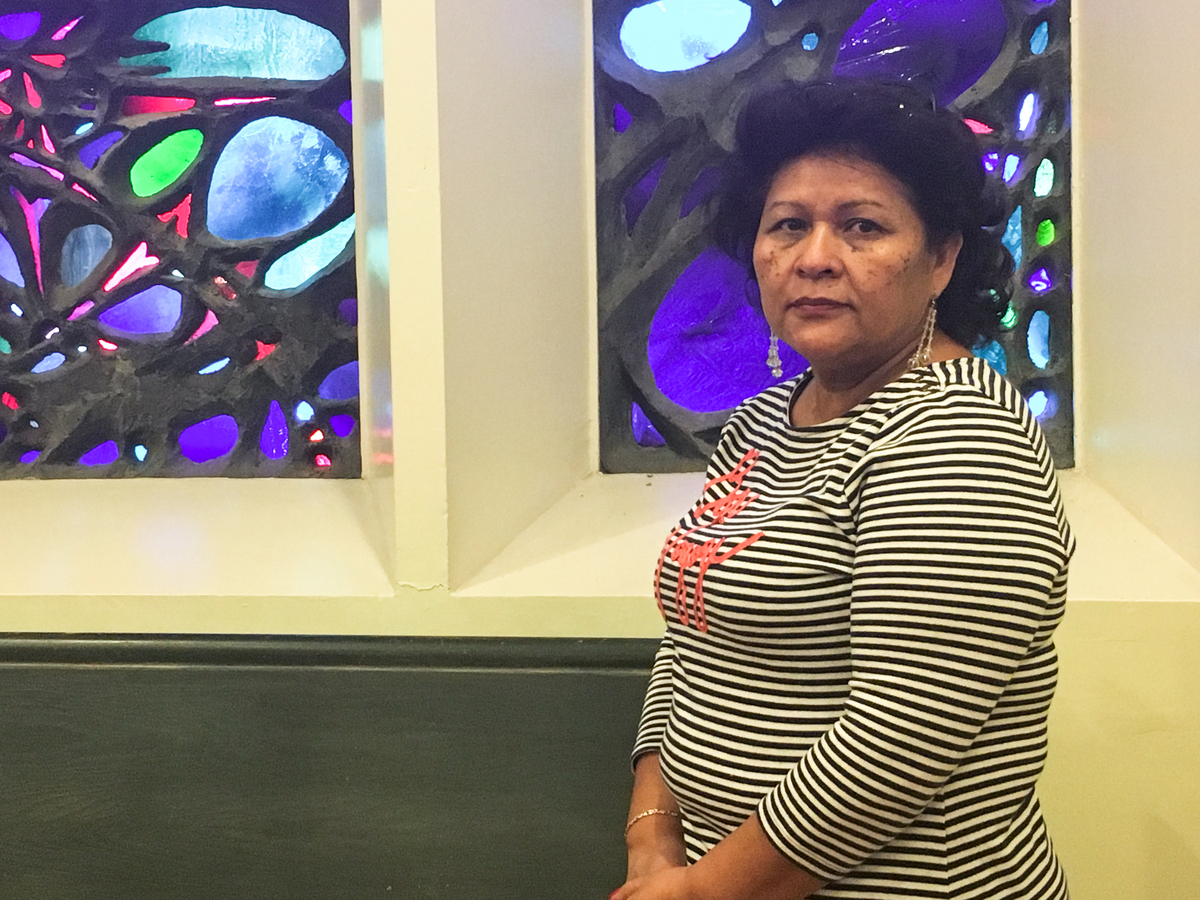 After escaping violence in El Salvador in 1984, Magdalena Rivas found refuge in Old Cambridge Baptist Church in Cambridge, Mass. More than 30 years later, she revisits the small chapel where she slept.

"These churches are certainly situating themselves within a very long — a 2,000-year-old tradition," he says.

Just a few blocks from the University Lutheran is the Old Cambridge Baptist Church. It too has a history of sheltering people like Magdalena Rivas.

"And I have in here my bedroom," she says. "I this side. And the people they sleeping with me in the other side."

Rivas says one place in the church was particularly soothing.

She peers into the baptismal basin where she used to bathe.

"Your feeling is safe," she says. "Well, you know, you're relaxing. You're both feeling Jesus with you."

It was there, submerged in the waters of the baptistery, that she felt the safest.

Rivas eventually received political asylum and citizenship. She says she feels lucky and glad there were houses of worship to shelter her then and so many others today.

Gabrielle Emanuel is a reporter for NPR member station WGBH News. You can follow her at @gabrieman.