Accessibility links
Rose Cousins Surrenders To Longing In Beautiful 'White Flag' Video Cousins becomes of part of the vast, rocky coastline of Nova Scotia in an exquisite black and white video for the songwriter's meditation on loss and loneliness.

"La mer est plus belle que les cathédrales," the poet Paul Verlaine once wrote, expressing the impossible challenge so many artists have felt in aspiring to create something as imperfectly perfect as nature. The sea is more beautiful than cathedrals. "Art is not nature," the theorist Theodor Adorno wrote, contemplating Verlaine's poem; "but art does want to keep nature's promise." That promise — the freedom contained in pure, unmotivated existence — isn't humanly achievable. But sometimes it can be deeply evoked. Verlaine did so in his poem, as did Claude Debussy in the musical setting he later created for it. The vocalist and songwriter Rose Cousins does something similar on her remarkable new album, Natural Conclusion, as this video for the song "White Flag" beautifully captures. 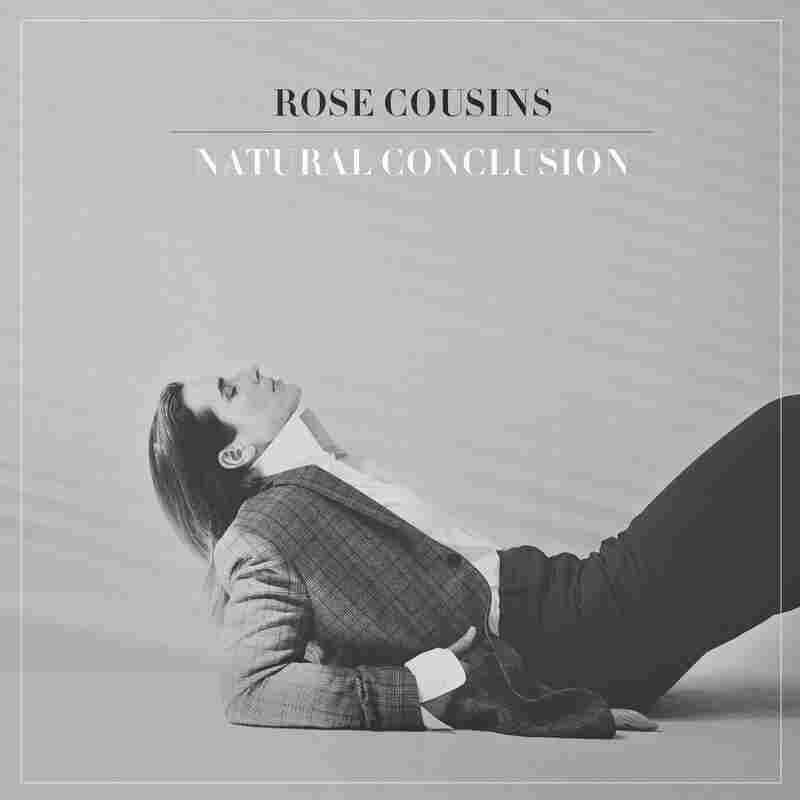 The Juno-Award winning, Nova Scotia-based Cousins has a disarmingly fluid vocal tone and an ability to convey the most internalized emotions — disappointment, grief, resolve, forbearance — without an ounce of fuss. Throughout this fourth studio album, produced by Joe Henry with his usual sensitivity, she confronts loss and loneliness in vignettes that are both unstintingly honest and restorative. The lyrics of "White Flag" are brutal — "take my hands, they are grieving," she sings, "nothing to hold onto or believe in" — but the sinuous adagio that encloses them is pure grace. Piano, strings, a muted bassline and Cousins' unforced vocal — it almost seems like she's entered some space beyond breathing — blend within a mood of exquisite sorrow.

Like Debussy's watery compositions, this one brings to mind the sea. (It also recalls Dido's inimitably plainspoken 2003 hit by the same name; Cousins brings something more deeply spiritual to a similar storyline.) Video director Shehab Illyas picks up on the song's scent of salt air by imagining Cousins almost as part of the vast, rocky coastline of Duncan's Cove in Nova Scotia. Filming in exquisite black and white, Illyas juxtaposes close-ups of the singer reclining, like a Modernist artist's model having her dreams read, and of the oceans swirling and eddying against the rocks. Cousins has surrendered to her longing, and it has freed her. The listener may feel similarly unmoored, in the best way. "This immensity has no intentions," Paul Verlaine wrote of the sea. The same, Rose Cousins sings, is true of heartbreak, in the moment the lover stops trying and gives in to the nature of the experience.

Natural Conclusion is out now on Old Farm Pony Records.