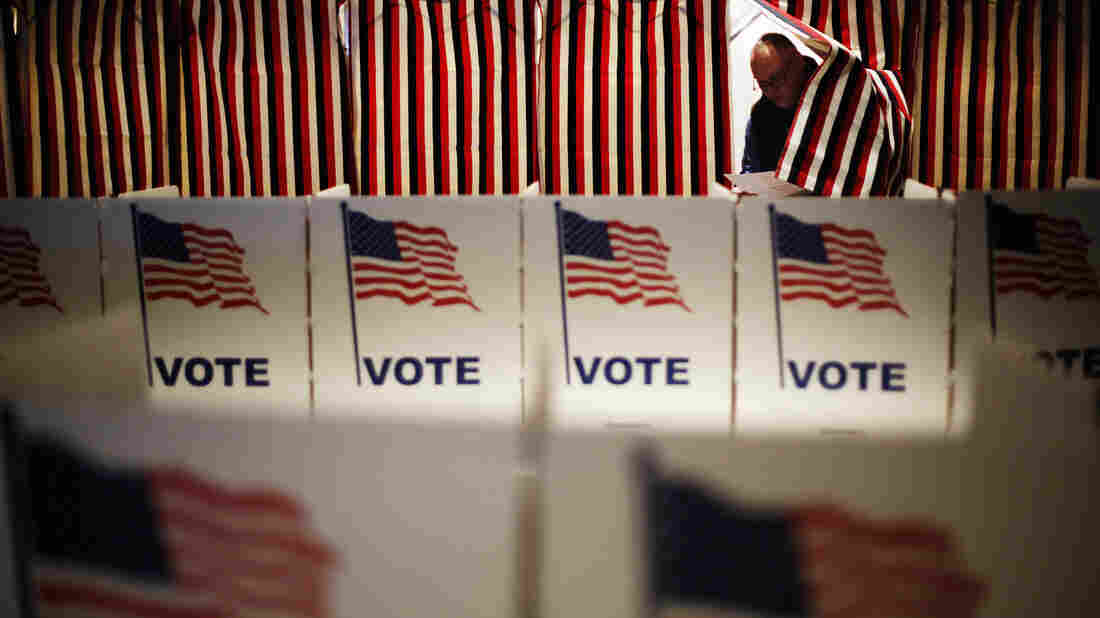 House Democrats lost seats in the 2016 elections. They're looking to narrow their 24-seat deficit in 2018, when the president's party typically loses seats in his first midterm elections. David Goldman/AP hide caption 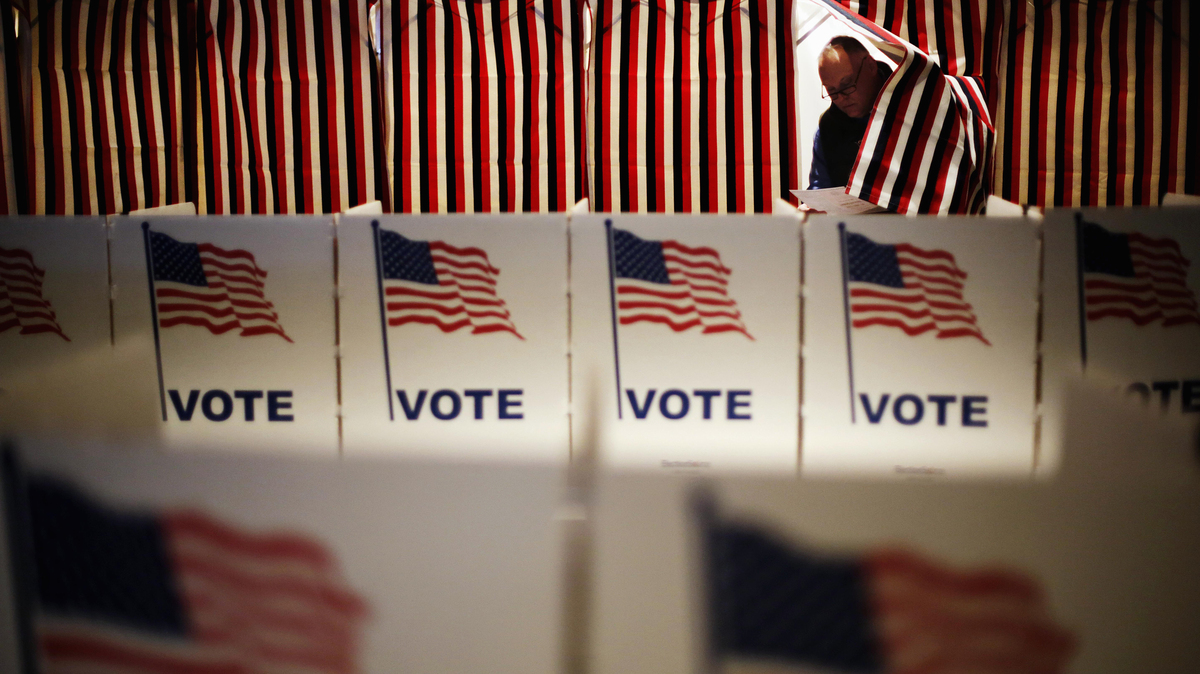 House Democrats lost seats in the 2016 elections. They're looking to narrow their 24-seat deficit in 2018, when the president's party typically loses seats in his first midterm elections.

National Democrats are investing more resources in an upcoming Georgia special election, hoping new research gained from focus groups could not only pull off an upset in the suburban Atlanta district, but also give them clues to how they can best put the House in play next year.

According to details first shared with NPR, the Democratic Congressional Campaign Committee is sponsoring three focus groups in the district over the coming week aimed at better discovering how to target younger voters, African-American voters and swing voters — many of whom have not been reliable in turning out in midterm elections.

"Understanding that people are more than numbers, we have made a strategic decision to invest in qualitative research that will not only help up us in Georgia's 6th District, but also inform our message to key groups of voters ahead of 2018," said DCCC spokesman Tyler Law. "In order to learn lessons from last cycle and maximize our gains on an expanded battlefield, we must listen to real people and see what drives them to vote, and these focus groups are an important early step towards achieving that goal."

Democrats believe they have a unique opportunity in the race to succeed now-Health and Human Services Secretary Tom Price. The suburban Georgia district voted for Mitt Romney by 24 points four years ago; President Trump carried it by just over 1 point last November.

Places like the 6th District, where Trump drastically underperformed past Republicans, are the key to Democrats taking back the House, where they already have limited options due to a gerrymandered map. They need 24 seats to win back control, and there are 23 districts that voted for Hillary Clinton that are currently held by Republicans. They'll be on defense in 12 districts with Democratic incumbents that were won by Trump.

The DCCC and other progressive groups have thrown their weight behind Democrat Jon Ossoff, a 30-year-old documentary filmmaker and former congressional staffer, ahead of the upcoming April 18 all-party "jungle" primary. There are 18 candidates running, and the top two finishers regardless of party will advance to a June 20 runoff if no one gets a majority.

Ossoff has already raised upwards of $2 million for his bid, and his campaign is also pitching in funds for two of the focus groups. The DCCC previously sent nine staffers to help with the race as well.

Special elections are not always accurate harbingers of future electoral success, but the Georgia contest gives Democrats a potential early bellwether of whether backlash to Trump can hurt Republicans at the ballot box. Ossoff's own ads have tried to paint himself as more of a centrist, but also have a clear anti-Trump message.

Democrats' first focus group, conducted Tuesday evening by Anzalone Liszt Grove (ALG) Research, was targeted at Romney voters between the ages of 55 and 74 who flipped to Clinton. Older voters typically turn out more reliably in presidential years, and Democrats will need to persuade more like them to vote for their candidates in November 2018. Among the questions Democrats were looking to answer is how they feel about Trump, whether those feelings about the president can trickle down to a GOP congressional nominee and whether they can persuade voters to elect a Democratic House to be a check and balance on a Trump White House.

The second focus group, set for Wednesday evening and also conducted by ALG, will survey younger voters between the ages of 18 and 45 on how Democrats can keep them engaged and motivated through the midterms.

The final focus group, this one targeting black voters, will be conducted next week by Cornell Belcher, a longtime Democratic pollster who worked on both of President Barack Obama's campaigns. The 6th District is about 12 percent African-American, but that number has nearly doubled in the past decade as the Atlanta suburbs have grown and diversified.

Democrats will need those reliably Democratic voters to turn out not just for Ossoff, but in November 2018, too, and they'll be looking to find how motivated they are to send a message to Trump with their vote and how they can be persuaded to get to the polls.

Many Democrats privately acknowledge that the district is still an uphill climb, though that could depend on which Republican advances to the June runoff. Top GOP hopefuls include former Georgia Secretary of State Karen Handel, who has run twice before statewide and in some comments has looked to put some daylight between herself and the president. Johns Creek City Councilman Bob Gray just picked up the endorsement of the Club for Growth on Monday and has touted that he would be a "willing partner" to Trump.

National Republicans have dismissed the idea that running an anti-Trump strategy will work, saying Democrats tried — and failed — with that message last fall. But there are signs the party is taking Ossoff and his momentum seriously. The Congressional Leadership Fund, a superPAC aligned with GOP leadership, launched a $1.1 million buy against Ossoff. Its ad campaign began with an ad featuring footage of Ossoff dressed as Han Solo for a Star Wars-themed parody his college a cappella group did about drinking on campus.