Stream The Budding Country Star's Debut Album Before Its Release 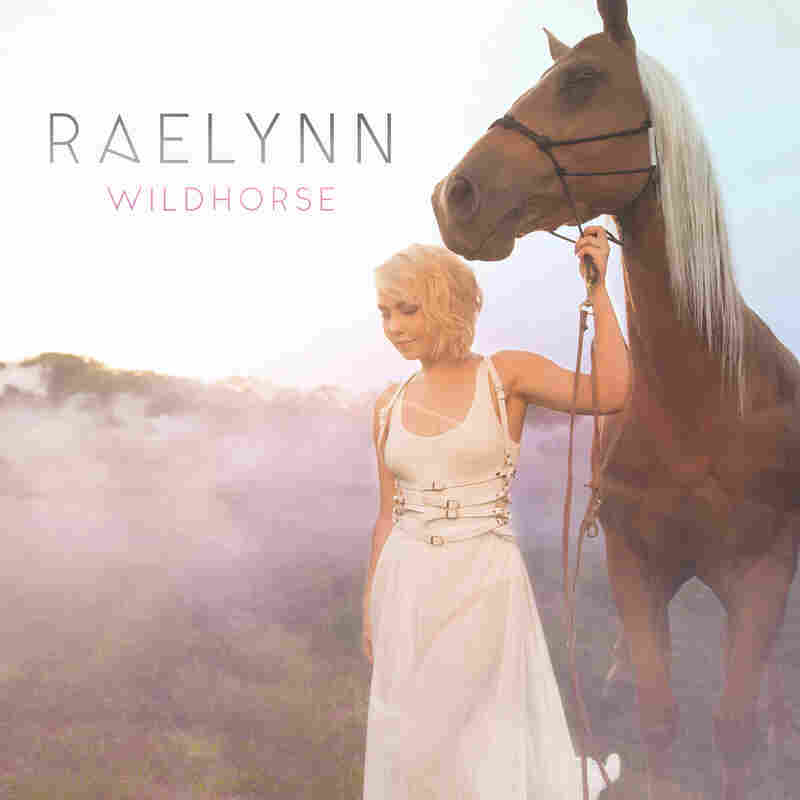 It was all too easy to paint the recent era of carousing country jams with a broad, dismissive brush. Reworking familiar tropes has always been central to country songwriting, so it wasn't merely the presence of repetition that rankled. More off-putting was the sense that there was little in the performances, the production or the songs themselves to make the commonplace tropes feel personalized or particular. Since then, it's been heartening to hear a number of rising millennial acts quietly exploring the possibilities of textural details and autobiographical postures. Sam Hunt's certainly grown famous for that sort of thing. But RaeLynn's ballad "Love Triangle" sets a new bar for connecting these contemporary shadings to country storytelling tradition.

With finely drawn images and subtle shifts in perspective she captures the profoundly unsettling experience of being torn between divorced parents. During the verses, her singing sinks and settles into melancholy reverie, but she delivers the lines of chorus with headstrong syncopation. Throughout she drifts between observing the scene from a mature remove and placing herself back inside her childhood helplessness. "Southern belle statue standing in the screen door / Watching her whole world head for an old Ford / With a man that can't look her in the eye," RaeLynn visualizes. "Then I run to him / Big hug, jump in / And I cry for her / Out the window."

Between the ages of 17 and 22, the Texas singer and songwriter born Racheal Lynn Woodward weathered the overnight visibility that comes with television singing competitions and the intense process of being groomed for Nashville professionalism. She was schooled in Music Row co-writing methods and sent out to sweet talk radio gatekeepers, before swapping record labels and waiting on the delayed release of her beguiling debut album, WildHorse.

Produced by two of RaeLynn's frequent co-writers, Nicolle Galyon and Jimmy Robbins, the 12-track collection deploys programmed beats and synths in a supple, atmospheric way. RaeLynn sounds about as acclimated to the rhythmic cadences of pop and R&B as Maren Morris did on her breakthrough album last year. But it's there that the two artists' approaches diverge; where Morris swaggers, RaeLynn exudes spunk.

In RaeLynn's dispatches on young womanhood, she devotes much attention to self-talk and interior dialogue. She spends the propulsive choruses of "Insecure" soberly soothing her own anxiety over another woman's unreciprocated advances toward her lover. In "Lonely Call," she rebuffs a wishy-washy ex without flinching, sending all of his calls to voicemail, but the self-aimed nudging of the bridge's chant — "Let it ring / Let it ring / Let it ring, girl"—suggests that she's steeling herself against the temptation to settle for his vacillating interest. In "Trigger," you can hear her willing herself to resist the wiles of an unreliable guy; she's coolly indignant over the icy, spiderwebbed effects, hollowed-out bass thumps and brittle snare cracks. And "Say," her duet with the boy band-ish crooners Dan + Shay, interprets unspoken romantic cues that are entwined with endearing awkwardness.

RaeLynn's singing is at its softest when she laces together moony sighs during "Praying For Rain," a billowy ballad that depicts a pastoral existence as a portal to self-knowledge. But even then there's a hint of grit in her timbre, a grainy resiliency, something she shares with the recordings of a young Tanya Tucker, though RaeLynn deploys it more coyly. Tucker may not be a conscious influence, but RaeLynn has acknowledged drawing from another source of feminine strength — a poem that her grandmother wrote about her mom — in the effervescent title track of WildHorse. Staking her claim to the often masculinized territory of restlessness, RaeLynn warns that she has no intention of letting herself be domesticated. And the salty-sweet inflections in her drawl, accentuated when she wants them to be, make the claim entirely believable.