Accessibility links
'Out Of Wonder' Aims To Inspire A New Generation Of Poets Kwame Alexander's new book is a collection of original poems written in the style of 20 famous poets. The aim is to introduce kids to great poetry — and encourage them to write poems of their own. 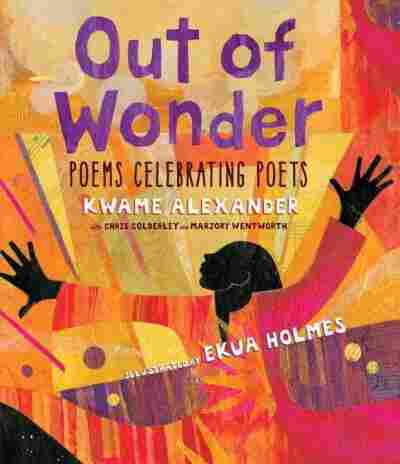 Kwame Alexander believes that wonder lies between the lines of poems.

His new book Out of Wonder, is a collection of original poems for children written in the style of some of the world's most famous poets — Rumi, Robert Frost, Pablo Neruda, Maya Angelou. The poems were written by Alexander, Chris Colderley and Marjory Wentworth and illustrated by Ekua Holmes.

There are three aims for the book — to encourage kids to read poetry, to introduce them to great poets, and to inspire them to write poems of their own.

"It's a lofty goal, but I think that's a metaphor for what poetry is," Alexander says.

On the pressure for poetry to be 'perfect'

It doesn't. ... [One poem in the collection, "How to Write a Poem"] was celebrating Naomi Shihab Nye. And she writes such accessible, such wise, such warm words ... and that's what most of us feel when we're trying to ask the questions about our lives — I think poetry is a way of helping us at least begin to understand ourselves better, and eventually, each other. 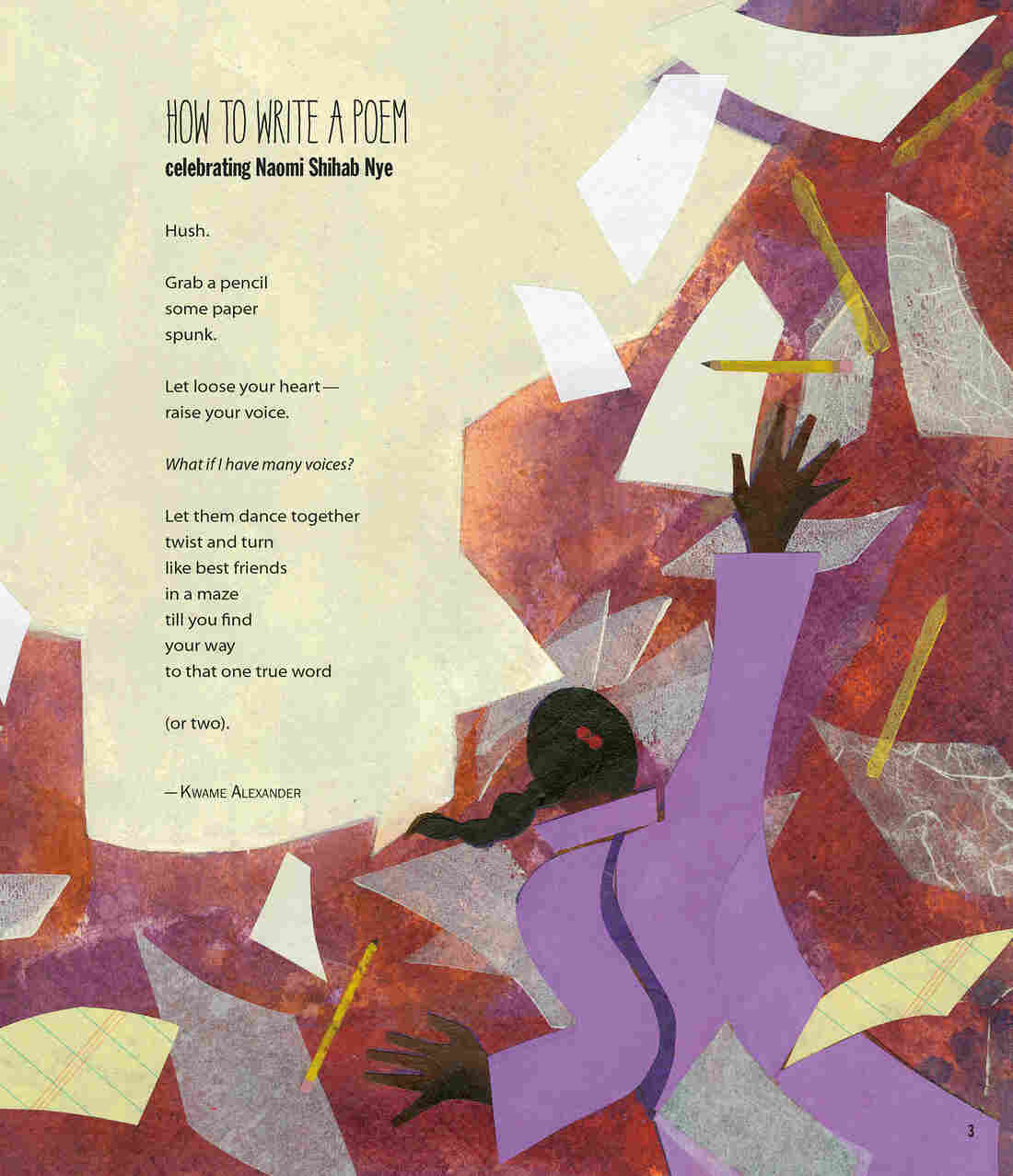 On how they hope to inspire kids

We tackled this book, this poetry collection, with this notion that we could inspire kids to want to perhaps mimic the rhyme and the rhythm of a Langston Hughes poem, or to be inspired by the environmental action of Judith Wright. My kid is ... a part of her recycling team at school, and so being able to make real-life connections through the poetry, I think will get kids excited. Not to mention that the poets that we're paying tribute to are just really cool people.

Those decisions were like arguments. Chris and Marjory and I were in Charleston, S.C., ... and we were there for about four days deciding — out of about 50 poets — which 20 we were going to choose. There was a lot of shrimp and grits, there was some sweet tea, and there was some discussion, and debate, and argument. And it really came down to: Which poets were we passionate about? ...

Certainly it meant that some poets weren't going to make it, but that didn't mean they weren't worthy. But also what that meant ... was that there were poets that I wouldn't have chosen that I ended up falling in love with ... like Chief Dan George. I was a fan of Mary Oliver, but not until ... we had her in the book that I understood the power that Mary Oliver has in her writing. ... She's one of my favorites now.

On what inspires him

Kids always ask me in school what inspires me ... and I tell them I'm in love with love. I am a hopeful romantic on so many levels. ... I have two daughters ... and they are so much alike and so different.

One of the ways they are so alike is that they both would say random things to me to sort of get on my good side like, "Daddy, I like your hat," "Daddy, I like your shoes." ... And that was so endearing to me. ... This is a tribute to e. e. cummings. It's called "I Like Your." 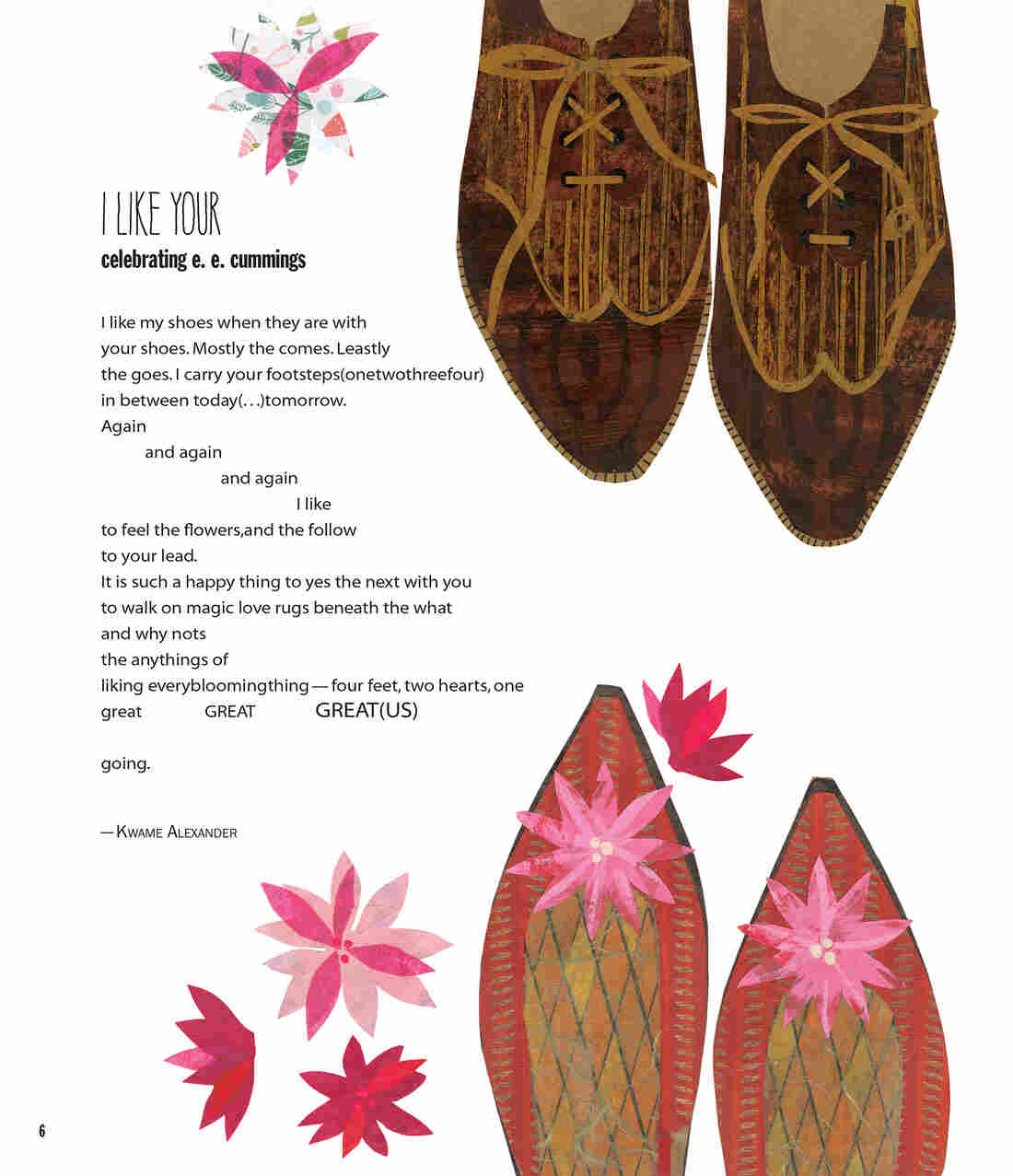 On writing poetry with first graders

There was this group of first graders in Manassas, Va., that a friend of mine teaches ... and they were wrestling with trying to understand what's going on in our world right now. And she has them sort of discuss it, but then she had them write poems about it. 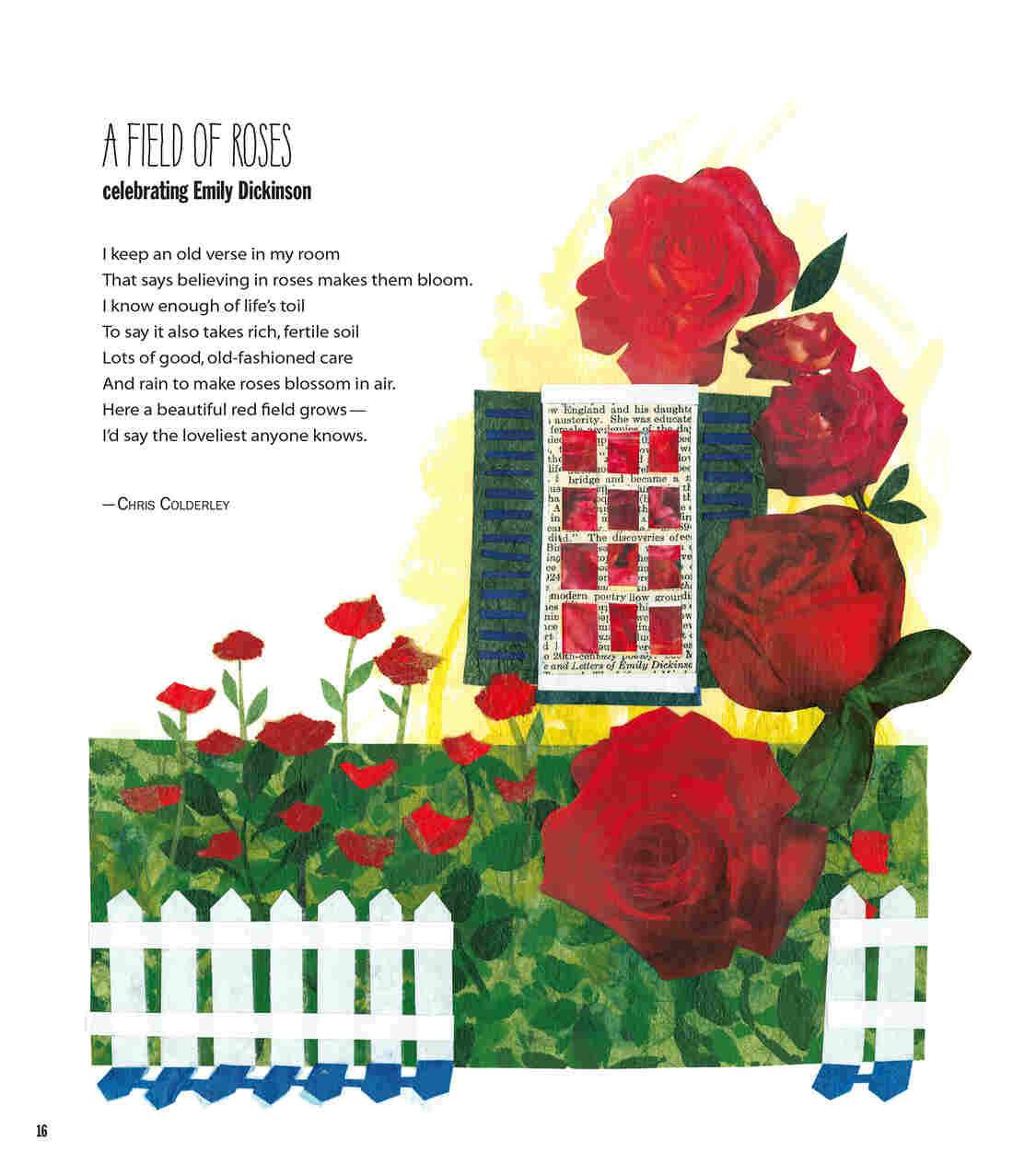