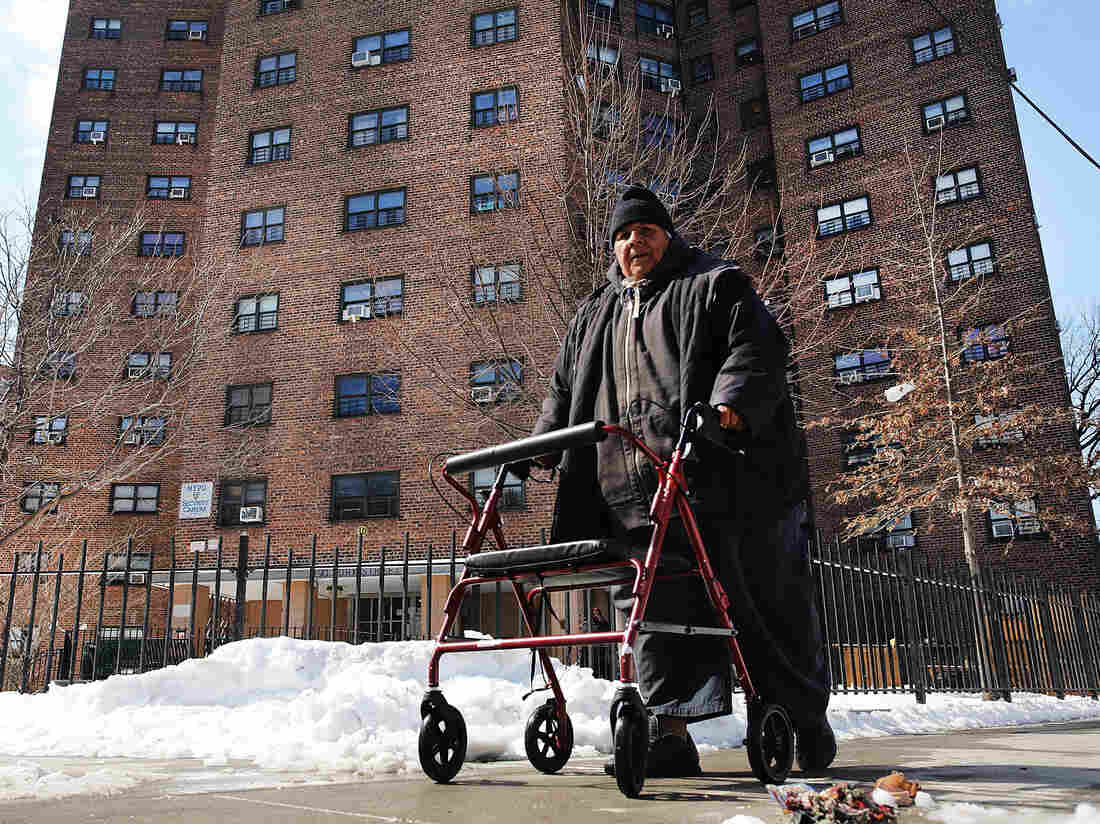 A man walks by the Farragut Houses, a public housing project in Brooklyn, N.Y. The budget blueprint President Trump released Thursday calls for the cutting of billions of dollars in funding from the Department of Housing and Urban Development. Spencer Platt/Getty Images hide caption 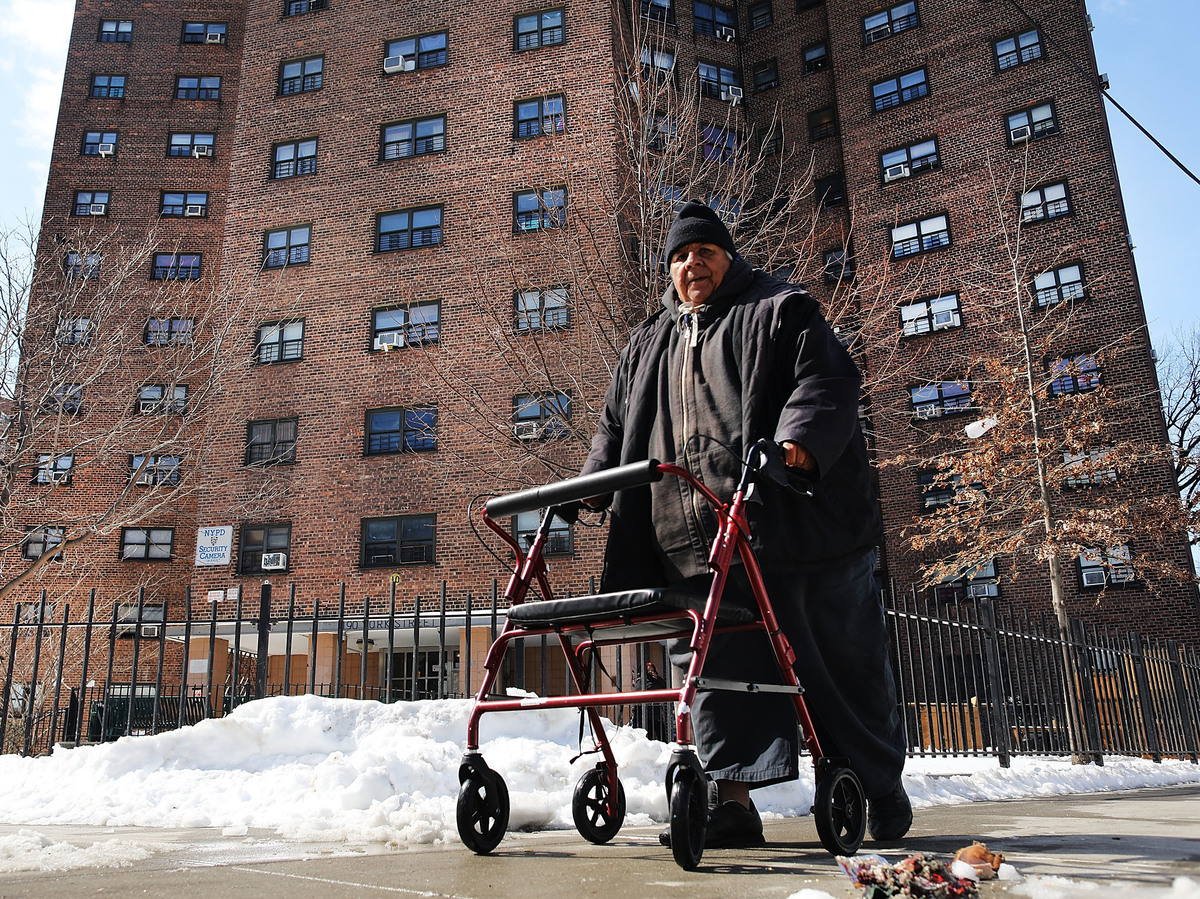 A man walks by the Farragut Houses, a public housing project in Brooklyn, N.Y. The budget blueprint President Trump released Thursday calls for the cutting of billions of dollars in funding from the Department of Housing and Urban Development.

Advocates for the poor say the budget plan the Trump administration rolled out on Thursday would be a kick in the shins for low-income Americans.

Sheryl Braxton, who relies on public housing, explained at a hearing in New York City this week that her community needs reinvestment, not less funding.

"We have more mold issues, garbage issues, a water issue with lead, and it's really bad," she said.

The city has a backlog of about $17 billion in needed repairs for its aging public housing, but the federal program that funds this work would be jeopardized under President Trump's budget plan. He has proposed cutting $6 billion — or 13 percent — from the Department of Housing and Urban Development, which provides aid to more than 4 million families.

"[That includes] the most vulnerable households, the most extremely low-income households, so it's very alarming," says Sunia Zaterman, executive director of the Council of Large Public Housing Authorities.

Zaterman says the cuts, which need congressional approval, would add to an already severe housing shortage for the poor.

"Almost half of the occupants are either seniors or persons with disabilities," she says. "We have over 700,000 children living in public housing."

She says many of these people could be affected by other cuts proposed in Trump's budget. The president wants to eliminate legal services for the poor, as well as money to help low-income families pay their heating bills. The budget also would get rid of the $3 billion Community Development Block Grant program, which cities use to fix up distressed neighborhoods. The budget also targets Community Services Block Grant funding, which supports local anti-poverty programs, such as Meals on Wheels for homebound seniors. Josephine Yaroz, 90, sits in her dining room after receiving a Meals On Wheels food delivery in Montague, N.J.

"I can't understand why something like that would be cut," says Dan Pruett, president and CEO of Meals on Wheels Central Texas.

Pruett says Meals on Wheels Central Texas gets one third of its funding from the government. He says the meals they deliver allow many low-income seniors to stay in their own homes, something that might now be threatened.

"I would say that the number of people having to go to nursing home care or some alternate type of care that's more expensive — that's very real," Pruett says. "So we save the taxpayers money, no question about it."

Trump officials say they too want to save the taxpayers money, and that the programs targeted for cuts are wasteful and ineffective. Mick Mulvaney, director of the Office of Management and Budget, says that includes community block grants that fund things like Meals on Wheels. He says the government has spent billions of dollars with little to show for it.

"I can't defend that any more," Mulvaney said in a press conference on Thursday. "We're $20 trillion in debt. We're going to spend money — we're going to spend a lot of money — but we're not going to spend it on programs that cannot show that they actually deliver the promises that we've made to people."

Anti-poverty advocates insist there is evidence that not helping the poor will hurt in the long run. Olivia Golden, executive director of CLASP, the Center for Law and Social Policy, notes that the Trump administration wants to shift money from low-income Americans to spend more in areas such as defense, security and law enforcement.

"I think you'll hear a lot of mayors pointing out that, on the justice side, the way to achieve safety is not to take away training, summer employment, youth resources and put it all on the back end," Golden says. "So I think it's a very counterproductive budget."

That's the same argument anti-poverty groups will take to Capitol Hill. Many conservatives in the Republican-controlled Congress agree with Trump that domestic spending should be trimmed — but just how much should be cut is what lawmakers will start debating soon.