Accessibility links
Julie Andrews Teams Up With Henson Puppets In Netflix's 'Greenroom' Andrews presides over a quintet of youngsters who are putting on a play in her new Netflix series. Critic David Bianculli calls Julie's Greenroom a celebration of creative collaboration. 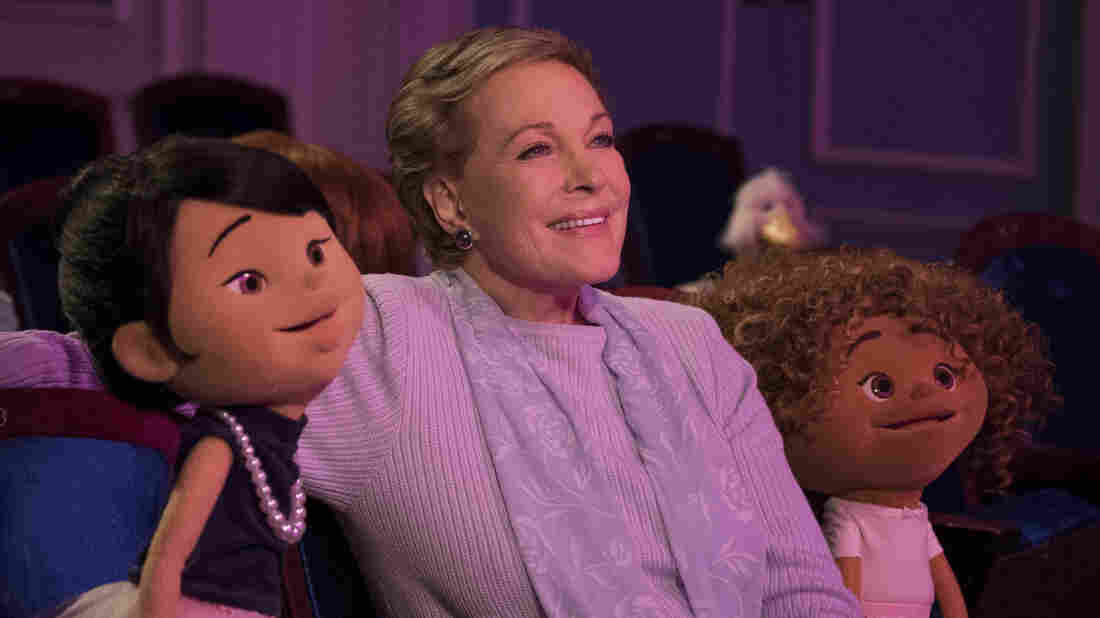 Julie Andrews presides over a quintet of youngsters who are getting their first chance at putting on a play in Julie's Greenroom, which is available on Netflix on Friday. Ali Goldstein/ Netflix hide caption 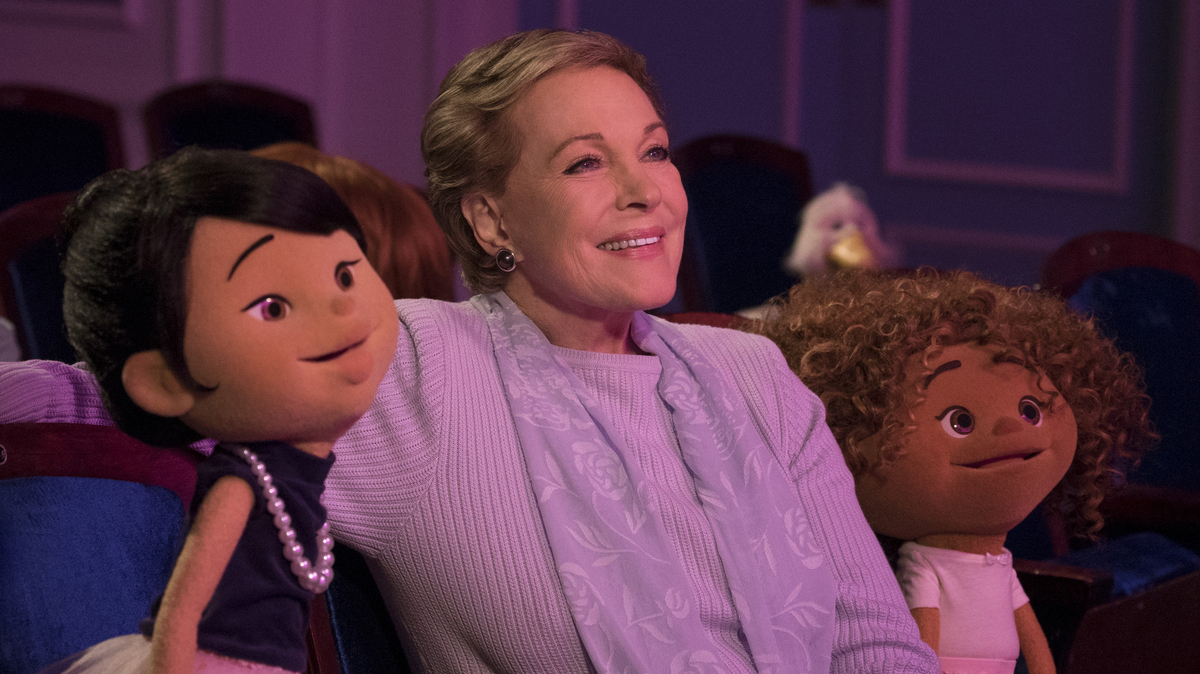 Julie Andrews presides over a quintet of youngsters who are getting their first chance at putting on a play in Julie's Greenroom, which is available on Netflix on Friday.

On Friday, the streaming service Netflix unveils the entire first season — all 13 episodes — of its newest children's series, called Julie's Greenroom. It stars Julie Andrews, who also is its executive producer along with her daughter, children's book author Emma Walton Hamilton.

Another collaborator is Lisa Henson, daughter of the late Muppets creator Jim Henson, whose Jim Henson's Creature Shop provides the puppet characters with whom Andrews interacts. These include a dog, a duck and five little kids — children, not goats. With help from weekly celebrity guests, Andrews guides them in how to stage a musical.

A Pig, A Frog And Two Producers: 'The Muppets' Talk About Returning To Prime Time

This first season of Julie's Greenroom is actually a miniseries with a continuing narrative. It tells the story, from start to finish, of the creation, development and presentation of an original musical.

Even though she has a human stage manager to help, Andrews is there to run things and to provide a dose of sanity amid all the backstage craziness and enthusiasm — the same function Kermit the Frog provided on the classic 1970s series The Muppet Show.

Andrews should know — she guest starred on The Muppet Show in '77, singing to, and with, a bunch of muppet kids. (Goats, not children this time.) Andrews, of course, sang to real children in the movie The Sound of Music. In that film, as in Mary Poppins, she was a role model for youngsters and had an almost magical effect on the whole family. All these years later, she still does. Julie's Greenroom isn't as manic or as hilarious as The Muppet Show — it's closer to Mister Rogers than Miss Piggy — but it's a quiet, comfortable delight.

In Julie's Greenroom, she presides over a quintet of youngsters, whom she calls "Greenies," who are getting their first chance at putting on a play in a real theater. One's a tiny prima donna, another's a piano-playing prodigy in a wheelchair, and they all want to take part in a local theater production.

In each episode, Andrews invites guests to come in and demonstrate their craft. Alec Baldwin talks about acting. Bill Irwin talks about clowning. And Idina Menzel takes the kids on a field trip to Broadway and to the musical Wicked, where the actress playing the current Wicked Witch of the West explains how she applies her intricate makeup. After all, it's not easy being green — but if you're a Muppets fan, you knew that already.

Julie's Greenroom, the series, is a deconstruction, and a celebration, of the act of creative collaboration. It reveals that mounting a performance is hard work — but also a thrill and a valuable learning experience.

The series fits right in with the spirit of The Muppet Show, and also with the long TV legacy of Andrews. In 1962, she starred with Carol Burnett in a fabulous two-woman CBS special, Julie and Carol at Carnegie Hall. Fifty-five years later, she reunites with Carol Burnett for the first season finale of Julie's Greenroom. Burnett plays Edna, a wealthy benefactor who has come to see the play — and whom Julie hopes will support the program financially so that it can continue.

The message of much of Julie's Greenroom is timeless, but the moral that the performing arts need financial support to survive couldn't be more timely. The White House has just proposed a federal budget defunding, among other things, the Corporation for Public Broadcasting, and eliminating the National Endowment for the Arts and the National Endowment for the Humanities.

The message of much of Julie's Greenroom is timeless — but the moral that the performing arts need financial support to survive couldn't be more timely.

In Julie's Greenroom, the musical they put on is about an ogre who crushes the spirit of his kingdom by stealing its music, its dance and its writings. Several times in Julie's Greenroom, Andrews quotes the theatrical maxim that "The show must go on." Her new Netflix series demonstrates how that happens, and in the musical within the TV show, what might happen if it doesn't.