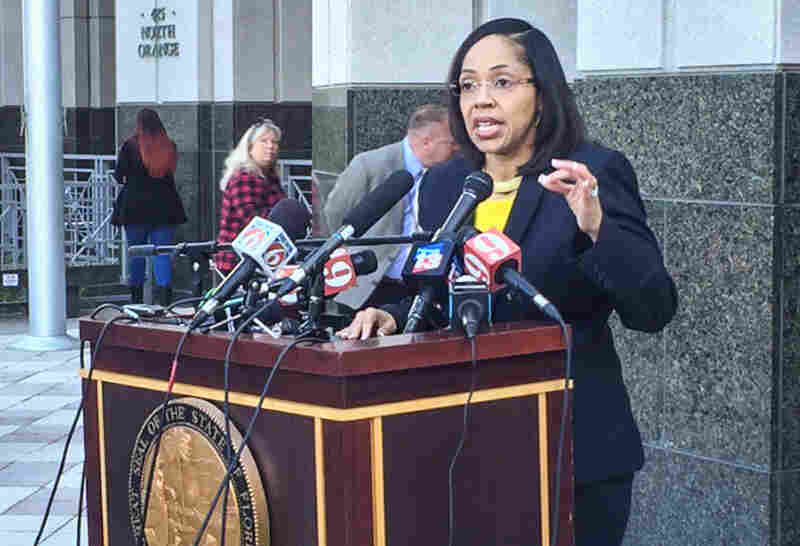 Orange-Osceola State Attorney Aramis Ayala speaks with reporters about her decision to not pursue the death penalty during her administration. Renata Sago/WMFE hide caption 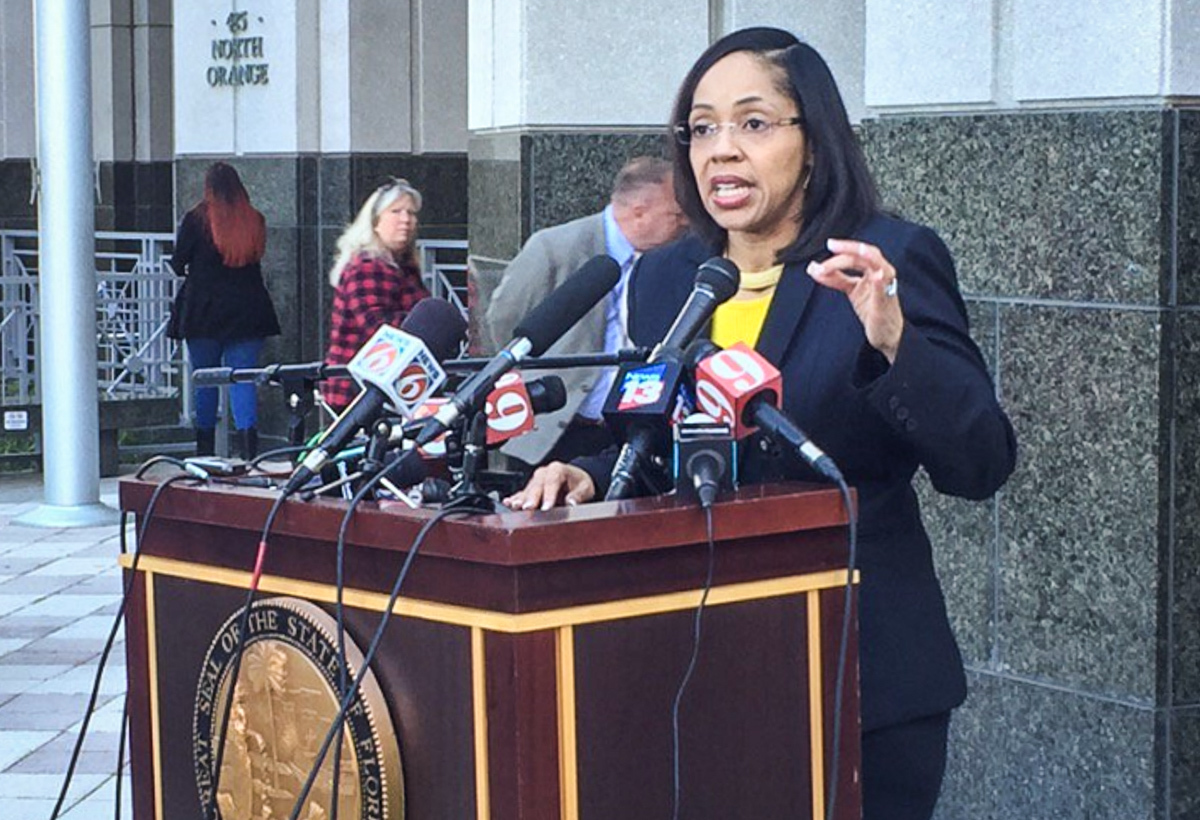 Orange-Osceola State Attorney Aramis Ayala speaks with reporters about her decision to not pursue the death penalty during her administration.

There's high drama in Florida over a prosecutor's decision not to seek the death penalty for a man accused of killing a police officer.

And the Florida governor's decision to assign a different state attorney to the case is reigniting Florida's death penalty debate yet again, after the law spent a contentious year in court.

For much of last year, executions in Florida were on hold. That's because Florida's Supreme Court said the way judges and juries decided on the death penalty was unconstitutional. At the time, the law said only seven of 12 jurors needed to recommend a death sentence.

The legislature passed a law to change that, requiring a unanimous jury decision for death. Gov. Rick Scott signed it into law earlier this week, which forced the state attorney in the Orlando area, Aramis Ayala, to act.

Ayala, who represents one of the largest judicial circuits in Florida, said the death penalty is not a deterrent. She cited FBI research showing that the South accounts for 80 percent of executions but still has the highest murder rate.

She said the blanket decision to not pursue the death penalty includes the recent case of Markeith Loyd. He's accused of killing his pregnant girlfriend and an Orlando police officer. The decision not to seek the death penalty in that case does not sit well with Orange County Sheriff Jerry Demings.

"To put it bluntly, law enforcement officers throughout Florida are outraged over the decision that was made in this case," he says. "I've also heard from many citizens who share the same feeling."

Gov. Scott asked for Ayala to recuse herself from the police shooting case. When she refused, the governor issued an executive order assigning it to another state attorney.

Former Florida Supreme Court Justice Charles Wells says that while the state's death penalty system might be broken, "it is the law," he says.

"And when you have adopted a law, then it's the function of everyone who has a role in it to make it work," he says.

The special prosecutor who took over Loyd's case Thursday said he has not made a decision whether he will seek a death sentence. A grand jury indicted Loyd on two counts of murder last month.