Accessibility links
At SXSW, Garth Brooks Sees The Constants In A Changing Industry The music business has evolved dramatically since the country icon began his career. What hasn't changed, he says, is how artists connect with fans: "The music kinda lets you be in their life." 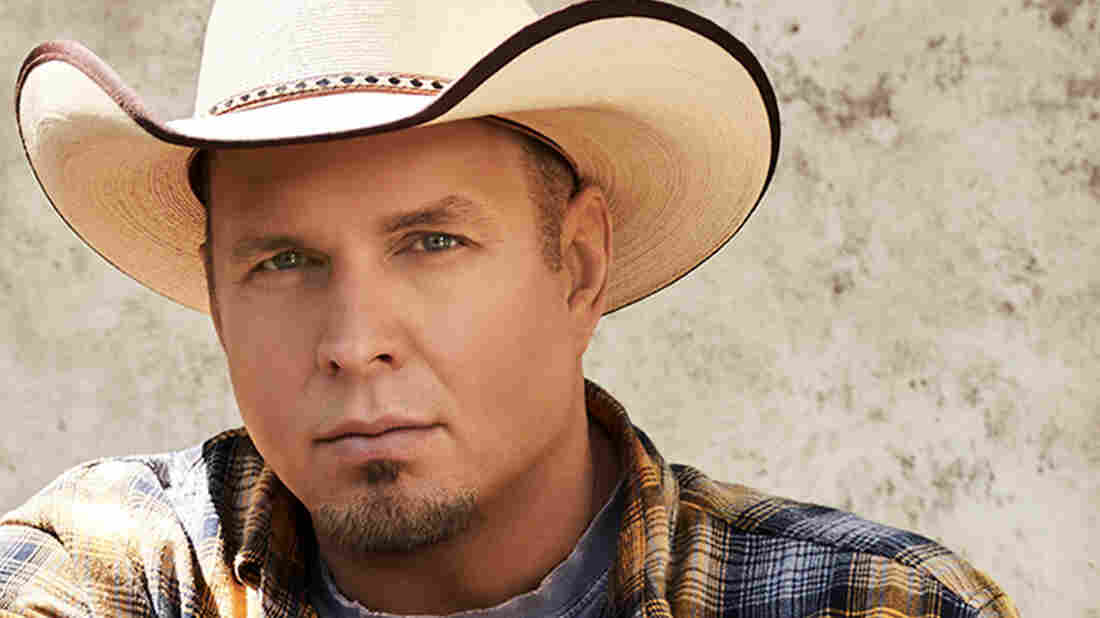 "You cannot stop creating," Garth Brooks says. "That's what I think you're put down here to do." Jeremy Cowart/Courtesy of the artist hide caption 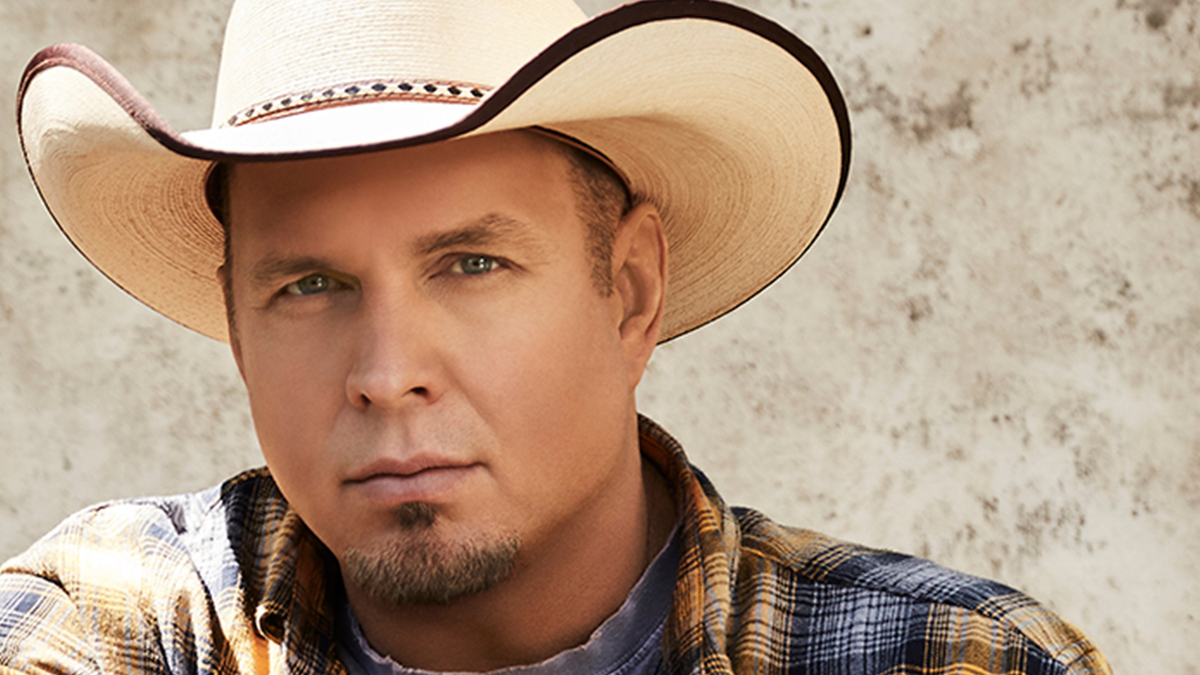 "You cannot stop creating," Garth Brooks says. "That's what I think you're put down here to do."

The South by Southwest music festival is well-established as a venue where up-and-coming artists get discovered. But it also offers a chance to hear from the music industry's icons — like veteran country star Garth Brooks, who delivered a keynote address at the Austin Convention Center during SXSW this week. Brooks kicked off his career in the 1980s, and he's still breaking records and selling out shows. Over the years, he's solidified himself as one of the best-selling solo artists of all time. Most recently, he's been traveling throughout North America on a three-year tour with his wife, fellow country singer Trisha Yearwood.

NPR's Michel Martin caught up with Brooks at SXSW to discuss changes in the industry, the ways listeners connect with certain songs and the relationship between music and political polarization. Hear their conversation at the audio link, and read on for an edited transcript.

Michel Martin: This festival focuses on music, technology and film, and it often talks about disruption and change in all of those industries. How has the industry changed since you've been involved in it?

Garth Brooks: This show ain't long enough for that. You gotta remember when I — when we hit, it was vinyl, cassettes — CDs weren't even out yet, right? I remember CDs were coming out right when the first album came out. So my first album that they gave me — that was free — cost me 300 bucks, because I ran home so excited and realized I don't have a [CD player]. I had to go out and buy one to hear the first CD. So it's been an unbelievable change throughout, but the one thing that remains constant is the music and how that music affects people.

I'm very fortunate to be involved with songs like "The Dance," "If Tomorrow Never Comes" for that. Someone's going to pull you over in the grocery store and say, "I lost my son and we played "The Dance" at his [funeral]" — and then, "To Make You Feel My Love," "Shameless," people are going to pull you over and go, "That was the first song at our wedding." "Friends In Low Places" — you don't want to know the story they pull you over for that. It's so cool that the music kinda lets you be in their life. And it's been doing [it] that way now for 25 years.

In addition to being a singer, you also have an MBA; you obviously wanted to understand and master the business side as well. Did you have an epiphany moment where you realized that the business is one thing and the art is another, or was that something that you always felt? Because a lot of artists are really angry about some of the changes in the industry.

Let's talk a little bit about streaming. You resisted it for a while, but now you have an exclusive deal with Amazon. A lot of artists, especially the big names like yourself, have these exclusive deals. Some people feel that that makes it harder for that 12-year-old on an allowance to access the music that he or she loves.

100 percent agreed. For me, we're going to consume music any way we can. 'Cause we love music — that's what I love about the human race.

You're talking about a dad of three daughters, and they were raised like I were raised: Once they got old enough to drive, they got a job. And so they had three summer jobs before they went to college. ... So they'd consume music however they can. They had money they could spend, but they didn't spend it on streaming. Radio, terrestrial radio, they just tore it up. And then anything that was the vibe anywhere, YouTube was the next place that they would go.

What I think I also hear you saying is that people will pay for the things that they value, and if they value it, then they will find a way to pay for it.

Yeah, I think so. And you gotta remember what things are worth. ... When you talk about a song that means everything to you — I'm trying to think of a song for me and Ms. Yearwood that just means everything, and it might be [The Righteous Brothers' "Unchained Melody"] off the movie Ghost — when they're doing that clay thing, it's one of the coolest moments in movie history. You think about that song — that song's got to be worth more than 99 cents to me in my life, right?

So I think the thing with albums for me, why I love them, is for 10 bucks — price of a movie ticket, or maybe a little more — you can see that movie through music a thousand times if you want. ... But if you understand how music works, if you understand what that does for the songwriters, that's what makes songwriters survive long enough until they get to write the song that changes the world. And I think music is that powerful. So I'll stand behind that any day.

At the press conference you gave at SXSW, you talked about a song that you wrote in response to the LA riots, "We Shall Be Free."

We just re-released it. It's just showing up at all the concerts now. Signs [that say] "We Shall Be Free," and you're like, what's going on?

What is going on?

I think that song resurges when there is unrest, and right now, I don't know if we've ever been more polar opposite than we are right now within our own country. The thing that kills me is if we've got 10 things that mean something to us, if we don't agree on all 10 things, if we disagree on one of them, we can't be in the same room together. When did that happen? When did it not happen that, "hey man, I don't agree with you on this point, [but] I agree with you on this point, this point, this point, let's exist"?

It seems that certain genres are now aligned with certain political points of view. It's not a secret that a lot of people in hip-hop and R&B and a lot of the indie folks seem to lean left. A lot of people in country seem to lean right. Is there a way in which the music industry is actually abetting the polarization and not bridging it?

Well, I hope not, because for me — let's just talk about what I know, and that's Garth Brooks as an artist. There is no left and right. There is what is, and then wherever they pigeonhole you or put a label on you, that's their deal. But what you gotta do is you just gotta speak from the heart. And [in] "We Shall Be Free," "when the last thing we notice is the color of skin, and the first thing we look for is the beauty within," there is no left and right there — that's just, I'm going to base what I think about you on how you treat me and how I treat you. And to me, I don't think there's a fairer system than that. So I'm gonna stay away from the left or right, not because I'm afraid of alienating somebody, because I am always gonna tell you what I feel. And if it puts me in that left or right category in your mind, or if it sets me apart, whatever, it's going to be what it's going to be.

What are you excited about these days?

I think [playing] live is always wonderful. Love to see the faces that we're seeing again, and love to see these faces that weren't born last time we were touring. That's sweet, it's fun and it's neat to see all those faces singing every word of every verse of every song. That gets you up every day and it makes you feel like you're 20 every day. And then just the creation of content, always. Because I am a firm believer that what's going to go on is what's going to go on, but you cannot stop creating. Because that's what I think you're put down here to do.