Accessibility links
Government Outlines Details For Border Wall Proposals On Friday, Customs and Border Protection released a description of what they want the wall to look like as a guide for contractors. It has to be at least 18 feet high.

On Friday, Customs and Border Protection released a description of what they want the wall to look like as a guide for contractors. It has to be at least 18 feet high.

We want to return to the U.S.-Mexico border now. We took the show there last weekend, and now there's some news on Donald Trump's controversial border wall, which the administration says is supposed to stop human and drug trafficking. Late Friday night, Customs and Border Protection released a description of what they want that wall to look like to guide contractors who want to bid on making it. Our Southwest correspondent, John Burnett, is with us on the line from Austin, Texas. Good morning.

GARCIA-NAVARRO: So, John, in the government's own words, the design of the barrier is supposed to be, quote, "physically imposing." What does that mean? What can you tell us?

BURNETT: Well, actually, there are two different requests for proposals that describe two wall designs, and we don't know which one Homeland Security is going to select. But both design call for huge structures. The wall must be at least 18 feet high and can be as tall as 30 feet. For comparison, most of the tallest wall on the border right now is 18 feet tall, so it only goes up from there. The wording for the design build contract sounds like something the military would use in a war. It says it should have anti-climbing features that prevent scaling. It should be buried to prevent tunneling. It has to be indestructible, impervious to sledgehammers, carjacks, pick axes, chisels, cutting tools and acetylene torches. One design calls for a wall made of reinforced concrete. The second one says the structure has to be see-through. But here's my favorite part, Lulu - quote, "the north U.S.-facing side of the wall shall be aesthetically pleasing in color."

GARCIA-NAVARRO: Big and tall, but beautiful, at least on the American side. How long is this new wall supposed to be? As you know, there's already about 700 miles of wall at the border. Is this supposed to close off the remaining 1,300 miles that are open?

BURNETT: Well, the government doesn't say. All it says, actually, is it wants just small prototypes of both types of wall to be built in the San Diego-Tijuana area and then the agency will decide what design it likes best. It's interesting, though. Border patrol agents that I've spoken with that work on the line have been saying for months in the interest of situational awareness and operational safety for themselves they don't want a solid wall. They want to be able to see what's on the other side. So all this talk of a concrete wall is sort of puzzling, but perhaps it appeases their commander in chief, Mr. Trump, who as we know has been crowing about his big beautiful border wall from the beginning of his campaign.

GARCIA-NAVARRO: I'd like to sort of take a step back. What would a 30-foot wall look like?

BURNETT: It's a great question. A wall that's 30 feet tall would be taller than most two-story buildings. For comparison, the Berlin Wall was only 12 feet tall. The Great Wall of China is 25 feet in places. The Israeli West Bank barrier gets as high as 26 feet. This would be one of the biggest international border walls in the world if it goes to 30 feet.

GARCIA-NAVARRO: All right, what happens next?

BURNETT: Well, this thing is moving really fast. Proposals from prospective contractors are due in 10 days.

GARCIA-NAVARRO: What has been the reaction?

BURNETT: Well, I spoke to an immigration human rights advocate in San Diego, and she pointed out that if this thing becomes a solid barrier it bisects the desert. Creatures can't go back and forth. And in Texas, it's a watershed. What would a solid barrier do for flooding and for water moving back and forth?

GARCIA-NAVARRO: All good questions. NPR's John Burnett, who joins us from Austin. Thanks so much. 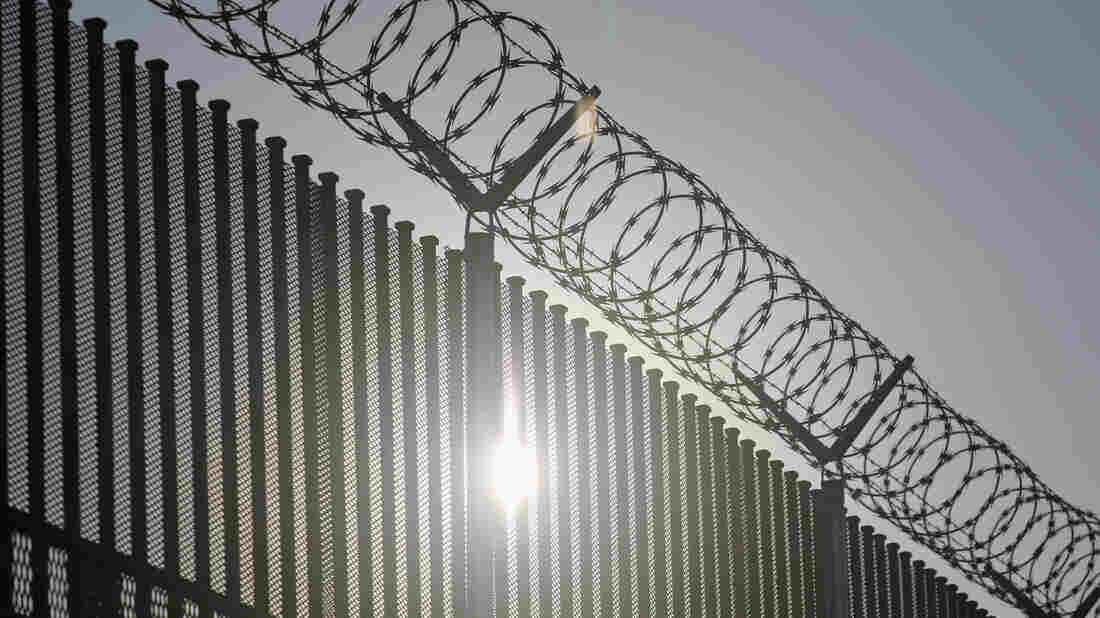 The border fence between the U.S. and Mexico in Hidalgo, Texas. John Moore/Getty Images hide caption 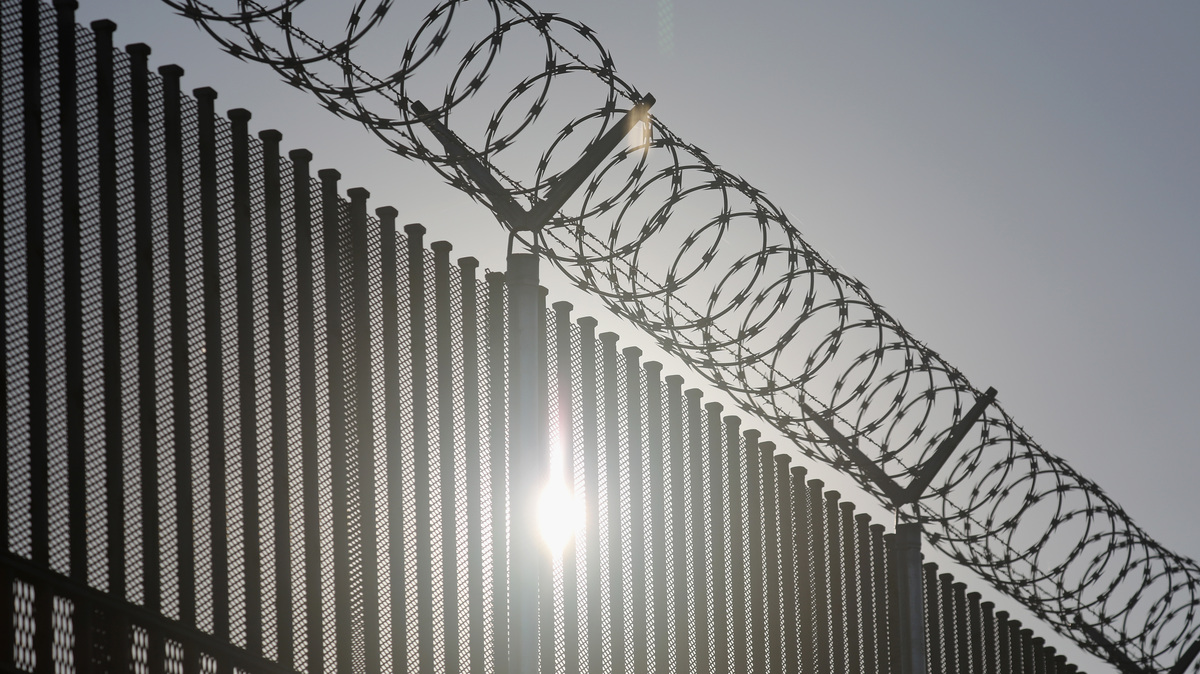 The border fence between the U.S. and Mexico in Hidalgo, Texas.

U.S. Customs and Border Protection is asking for design proposals and prototypes of President Trump's proposed wall on the U.S.-Mexico border.

Late Friday, the agency released specifics for the first time on how tough the barrier must be. CBP posted online two different options for contractors: one proposal must be for a solid concrete wall, another is for a wall with "a see-through component/capability" that is "operationally advantageous."

"The wall design shall be physically imposing in height," the CBP outlines say. The government says its "nominal concept" is for a 30-foot-high wall, but adds that designs as low as 18 feet "may be acceptable."

The proposal document asks contractors for 30-foot-long prototypes and mock-ups of 10 feet by 10 feet.

A CBP official told NPR's John Burnett that contractors will have to make mock-ups of their ideas in San Diego. "It's a way for the agency to identify designs. We're looking for industry's designs, to take a fresh look at the wall. We'll have industry propose and then we'll down-select."

The CBP, which is part of the Department of Homeland Security, requires the wall designs to be impossible for humans to climb without a ladder. It wants proposals that will prevent people from tunneling underneath by at least 6 feet underground.

It has to look good, too. "The north side of wall (i.e. U.S. facing side) shall be aesthetically pleasing in color, anti-climb texture, etc., to be consistent with general surrounding environment," the CBP says. There's no mention of the aesthetics on the Mexican side.

More than 400 companies have told the Department of Homeland Security they're interested in the project, NPR's Richard Gonzales reported last week. Cost estimates of the wall vary widely: President Trump said it would cost $12 billion; an MIT study said $38 billion.

The deadline for contractors to submit their proposals for the first phase is March 29.