Accessibility links
Review: Shawty Lo, 'R.I.C.O.' When the Atlanta rapper died in a tragic car accident last September, his untimely passing felt like the death of old Atlanta. On R.I.C.O., he resurrects it with an autobiographical portrait. 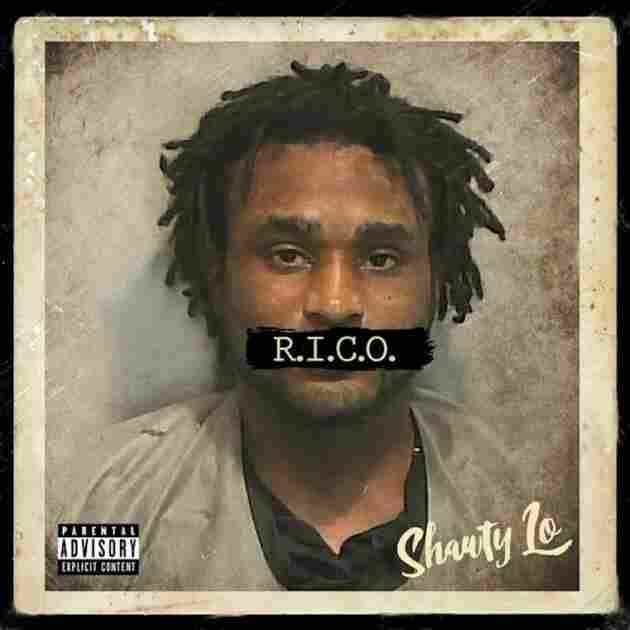 In hip-hop, the posthumous release is almost a subgenre unto itself. Premature death has a way of elevating artists into instant icons, forever immortalized by their final recorded words. When Carlos "Shawty Lo" Walker died in a tragic car accident last September at the age of 40, his untimely passing felt like the death of old Atlanta. On R.I.C.O. (out March 24 on 300 Entertainment), he resurrects it with an autobiographical portrait of his own bootstraps journey from discarded youth to 1990s drug dealer in the westside neighborhood known as Bankhead.

Most rappers flash their hood credentials to gain notoriety. Not Shawty Lo. He gave Bankhead cred by virtue of his own renown. Unlike the average artist, he entered the music game already a street legend. That's why fellow Bankhead native T.I., who was already a star, couldn't simply leave Lo's 2008 diss record "Dunn Dunn" uncontested. The battle wound up being beneficial to both of their careers and ended in reconciliation, with the two of them living in neighboring mini-mansions.

But the King of Bankhead — as Lo was known in life and remains in death — was always an industry underdog in a city chock full of rap celebrities and hip-hop squares. He wasn't a natural emcee, but a born hustler who became one of southern rap's most influential, if underappreciated, figures. Beyond the street pedigree and criminal glorification inherent in trap music, Lo rose to represent a spirit of ingenuity native to Bankhead and Bowen Homes, the city's largest housing project and Lo's longtime home before it was demolished in Atlanta's successful effort to be the first major city to phase out its public housing.

Consider R.I.C.O. the last brick in that demolition. It's both a celebration and a mourning of life — but also a recognition that, despite Lo's rough start, a success story emerged from such dire circumstances. He doesn't rap as much as charm his way through tracks, with a reed-thin, sandpapery voice that sounds like he's literally scratching his way to the top. Part of Lo's understated charisma has always been based in his sly delivery of dope-boy braggadocio. He offers more of the same on such songs as "Cookin'" featuring Yung Ralph, where Lo raps tongue-in-cheek about his whip appeal in the kitchen while cooking up bricks of coke. But on one of several somber standouts, "Do It," he adds levity with a confessional tone: "I ain't had s---, my life was rough / Barely had food, no toys for us," he raps. "Lionel Playworld no Toys R Us."

Raised by his grandmother while his mother battled addiction, Lo would eventually become a product of the same streets. But he doesn't wallow in his past for long here. He likes to celebrate his success with boastful lines that belie his humble persona in real life. "And I don't believe in karma, I believe in commas," he winks on "Drugz."

Like most posthumous releases, R.I.C.O. features a bevy of guests, including Boosie Badazz, O.T. Genasis, and Lyfe Jennings, who sings the hook on the radio-friendly debut single "My Love." "Letter to My Father," an Auto-Tune ballad he dedicates to his father, Carl Lee Walker (who died just days before his son's fatal car crash), winds up serving as an ironic double eulogy. "We gon' walk again one day / We Walker boys right," Lo says on the songs outro. It's also proof that he was working on this final testament in his last days. The album closer "Why You Leave," reserves the LP's most special guest appearances for last, as two of Lo's children, Quando and Keke, take the baton from their father to deliver their own grief-filled verses.

Comparable to Eazy-E's Compton story, Lo occupies a special place in Atlanta's rap legacy. He transitioned from career criminal to independent record label owner, and he helped a lot of his homeboys do the same by co-founding the rap group D4L (Fabo, Mook-B, Stunt and Shawty Lo) and the independent D4L Records. During the mid-aughts, the Bankhead corridor became a conduit for mainstream rap success, creating the snap-rap dance craze that would produce a slew of groups and hits including D4L's "Laffy Taffy," which was cited in the Guinness Book of World Records in 2007 for scoring the most ringtone downloads.

R.I.C.O., however, is a working-class trap album — no superstar production, just pure authenticity. But it may be the most meaningful release to come from rap's capital city this year. The double-entendre title serves as Lo's nickname while referencing the acronym for federal racketeering and criminal conspiracy charges for which drug kingpins are often convicted. Lo's own criminal record stretched to 28 arrests and a year of imprisonment before the overnight success of "Laffy Taffy" — a song he initially disliked — changed his career path for good.

Aside from a slew of mixtapes, his only other official label LP, 2008's Units In The City, never got its just due outside of the region, or even Atlanta for that matter. But the streets loved Shawty Lo. So much so that his death inspired a campaign to have the former Bankhead Highway renamed in his honor — despite it being named Donald Lee Hollowell Parkway two decades ago in honor of the civil rights-era lawyer to Martin Luther King Jr.

In a sense, Atlanta's human rights heritage is upended by the harsh inequality that defined the Bankhead that Shawty Lo called home. "Let me take you back to 96, if you know what I mean / Real-life story; I don't sell no dream," he raps on album opener "Congratulations," laying out the obstacles he had to overcome. Today, Bankhead and the westside at large stand on the cusp of gentrification and redevelopment. And the incoming change is sure to usher in another era. From one king to another, that's the Atlanta Way.