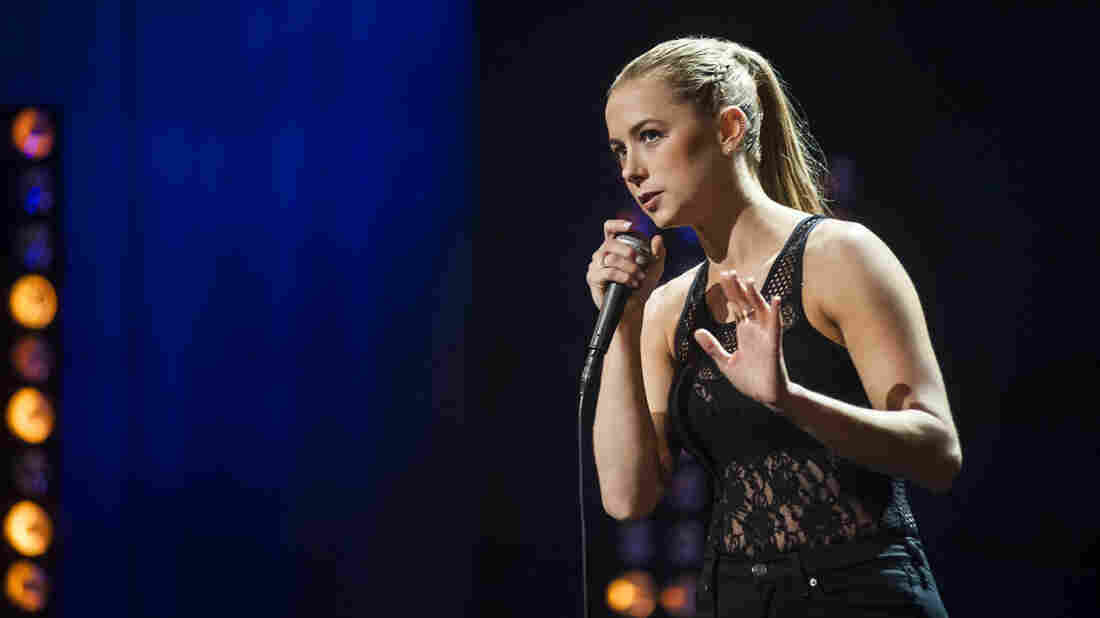 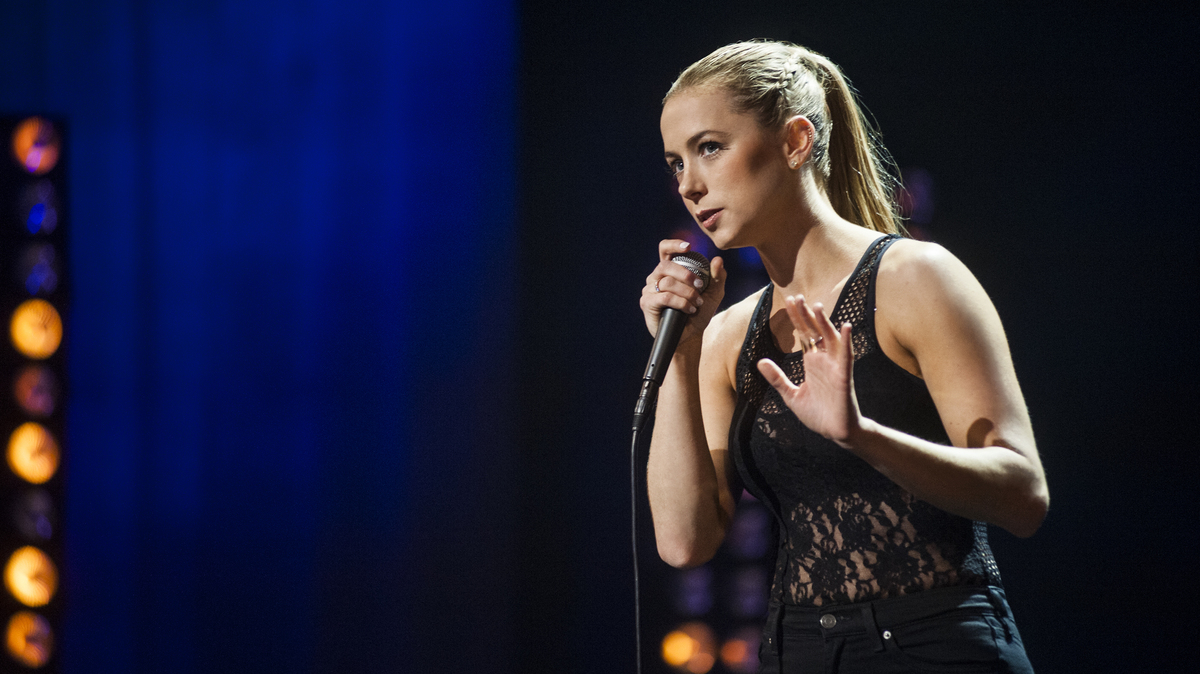 Comedian Iliza Shlesinger's comedy is physical — she contorts, snorts and stalks the stage in her new special, Confirmed Kills.

Comedian Iliza Shlesinger has a lot to say about what it's like to be a lady these days — and what things could have been like in the past.

"Do you think for a second, that if women were physically stronger than men, we would have waited for the right to vote?" she asks in her latest Netflix special, Confirmed Kills. She goes on to imagine a "jacked up housewife" in 1910, with a "shaker of horse testosterone and creatine," shoving her husband out of the way because "mama's going to the polls."

'We Killed': Women In Comedy, From Stand-Ups To Sitcoms

Shlesinger's comedy is both topical and physical — she contorts, she snorts, she stalks the stage, she pretty much becomes the characters in her own jokes.

The 34-year-old comedian grew up in Dallas, studied film in college, and nine years ago became the first woman to win NBC's competitive reality show Last Comic Standing. Shlesinger says she doesn't love the label "female comic" — she says she competes with men all the time, but if you must compare her act to other female stand ups, there is a difference: While she does riff on being a woman, she doesn't make a lot of jokes about sex. "Me on stage is an extension of who I am in real life," she says. "What you see is what you're getting. Obviously it's an exacerbated version, but in general I'm not the girl who walks around yelling things like 'p---- power.'"

On being called raunchy

I'm not brash, and I think people with lack of a better vocabulary will say things like, "Oh, you're raunchy." I'm like, am I raunchy because I've pointed out something that makes you uncomfortable, and I was honest, or am I raunchy because you don't know other words? It's probably a longer road because I'm not naturally dirty, and I don't own my sexuality in the way that other comedians might choose to make public, but I think at the end of the day, you have to go to bed knowing that you did it your way.

Of course the laughs come first, but the message is, once I've gotten you laughing, I want to get you thinking.

On her "party goblin" character

Your party goblin — everybody has one — she lives in the back of your brain and she's basically the creature that comes out when you don't expect it, and is responsible for any crazy night you've had. The thing is, she doesn't come out when you're like, "It's my birthday, let's go out!" She might — but she comes out on the night where you're like, "I'll just have one drink." And then you're like, "Oh my god, I woke up in Tijuana."

On addressing serious issues around being a woman

It's the idea of — everybody has an agenda, and everybody has a perspective — and I'm speaking to the people who need comfort but I'm also speaking to the people who might not understand this message on its own. And getting up on a stage and ranting — first of all it has to be funny. You can cloak intelligence and — I'm using "agenda" softly — you can shroud it in comedy, and it's more digestible. Of course the laughs come first, but the message is, once I've gotten you laughing, I want to get you thinking. And there are so many men that are allowed to get up there ... and give their social commentary. And for some reason, women haven't either stepped up to that as standup comedians — some of them have, for sure — but en masse, not really. I just wanted to stand up for the girls who felt that no one was standing up for them, and I wanted to say what people were thinking, and I wanted girls to feel a little less alone.