Accessibility links
'Ghosts' In The Arctic: How The Long-Lost Franklin Expedition Was Found In the 1840s, two British crews vanished while seeking a passage through the ice at the top of the world. Paul Watson became "obsessed with the mystery" and tells the story in his new book Ice Ghosts. 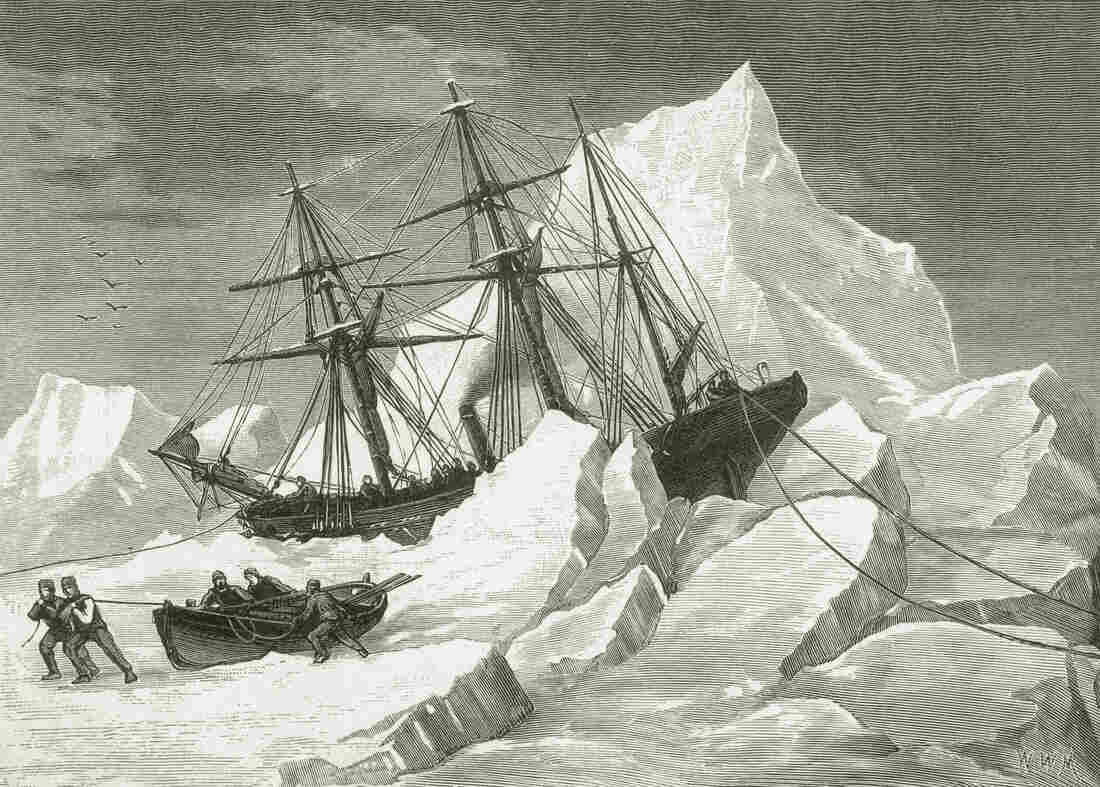 This sketch, by Commander May R.N., circa 1853, depicts one the missions to find the Franklin expedition, which vanished in 1845. Hulton Archive/Getty Images hide caption 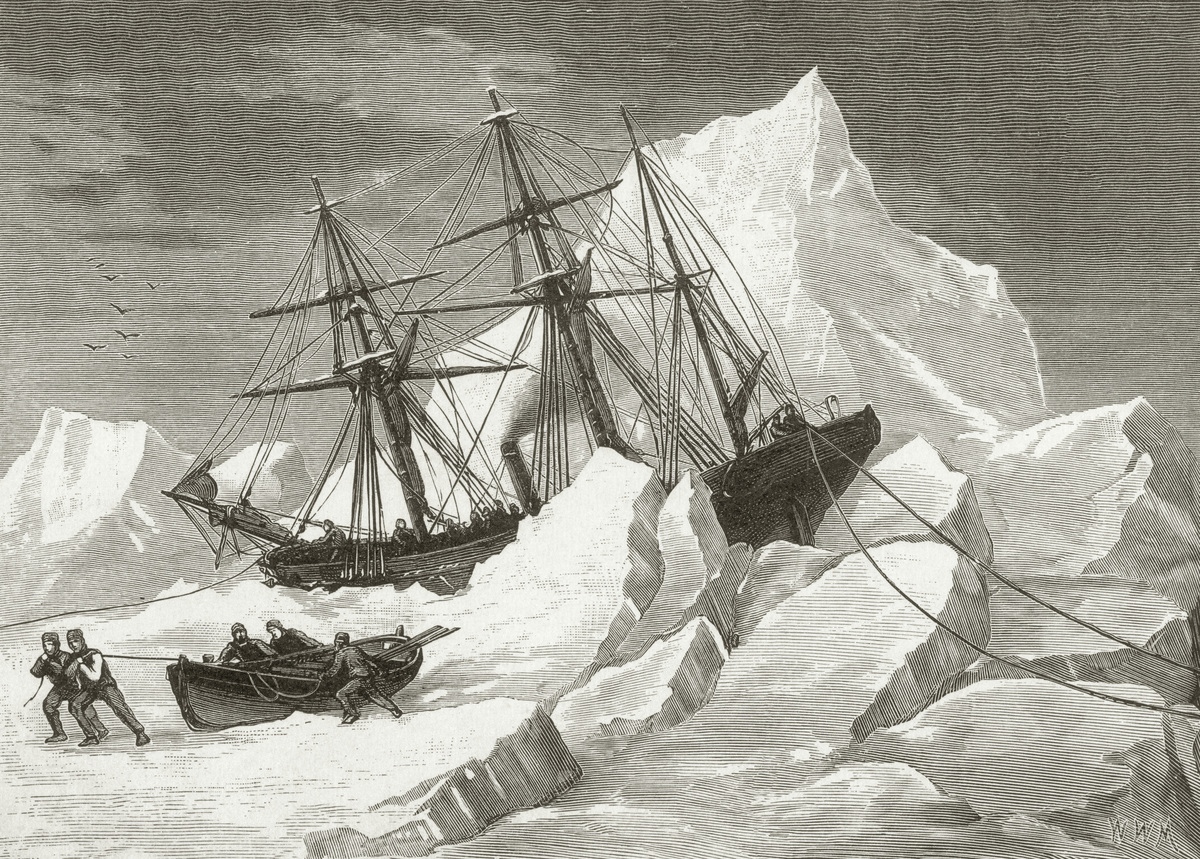 This sketch, by Commander May R.N., circa 1853, depicts one the missions to find the Franklin expedition, which vanished in 1845.

The last time I talked with Paul Watson, I reached him aboard a Canadian Coast Guard Icebreaker in the Arctic, via satellite phone.

"The captain was glaring at me because we talked for a long time," Watson remembers with a laugh.

That was three years ago, and Watson, a columnist for The Toronto Star, was alongside archaeologists who had just located one of two sunken ships lost in the Franklin Expedition, back in the 1840s.

"It's chilling really to look at it," Watson told me. "The ship is almost completely intact. The only thing that's missing is her three masts, which presumably had been sheared off by moving ice over the years."

Sir John Franklin led the ill-fated expedition of two British crews that vanished while seeking a passage through the ice over the top of the world.

In the years that followed, expeditions from Britain and America went searching for the missing ships. "They interviewed Inuit hunters, people who had traveled widely in the area, and asked them what they knew," Watson explained. "And there were consistent stories of essentially a ghost ship which had floated on ice southward and separated from where the two ships had been abandoned, imprisoned in ice."

Watson says he hadn't been terribly interested in the Franklin expedition before he embarked on that expedition. "I wasn't expecting anything to happen," he admits.

But that all changed when a helicopter pilot — who was on the lookout for polar bears — spotted a large iron object leaning against a rock. It turned out to be a winch from one of Franklin's ships.

"It really seeps into your blood," says Watson. There are people who've spent their lives searching for the lost ships, he says: "I became one of those people obsessed with the mystery at that moment of discovery."

She was extraordinarily assertive, and literally forced the admiralty — which was the body that oversaw the great Royal Navy in the Victorian era — literally forced them to go looking for her husband and his lost men. ... They kept saying: It's too early, it's OK, they have enough food, and you needn't worry ma'am.

She had an inkling, as others did, that something had gone wrong, and she persisted — even to the point of writing a very personal letter to the then-president of the United States, Zachary Taylor. It's extraordinary the way she both plays on politics and on matters of the heart to try to persuade the president of the United States to help her go looking for her husband.

On how she finally got the U.S. to help 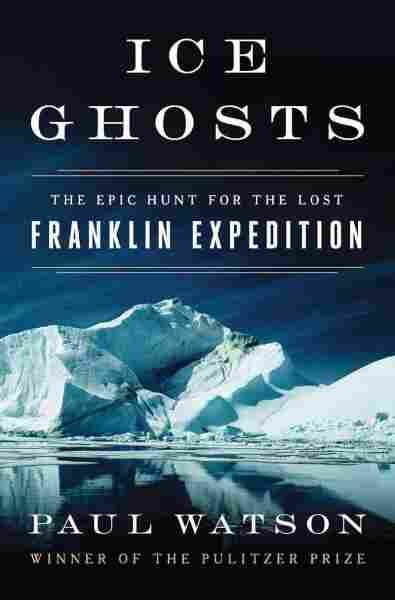 The Epic Hunt for the Lost Franklin Expedition

The card that she played effectively with the U.S. government in her letter was the Russians — which is interesting because we're back, sort of, to that discussion even today in the Arctic — in other words: If you can help me find my husband and his men, you may find the Northwest Passage and that wouldn't be such a bad thing, because if you don't do it, the Russians or the British might beat you to it.

An expedition was eventually sent to help the British, but the commander was explicitly told by the Navy: Don't waste too much time looking for Franklin, we're more interested in finding the Northwest Passage.

Skeletons have been found, numerous artifacts have been found — not Sir John Franklin himself — and there are people who believe ... that Sir John may in fact be buried up there still. The obsession with Southerners [people who live south of the Arctic] has been in finding those ships because there are artifacts to be found, perhaps human remains, perhaps even notes sealed in a way that they could still be legible — so archaeologists, historians, have been focused on finding those wrecks. 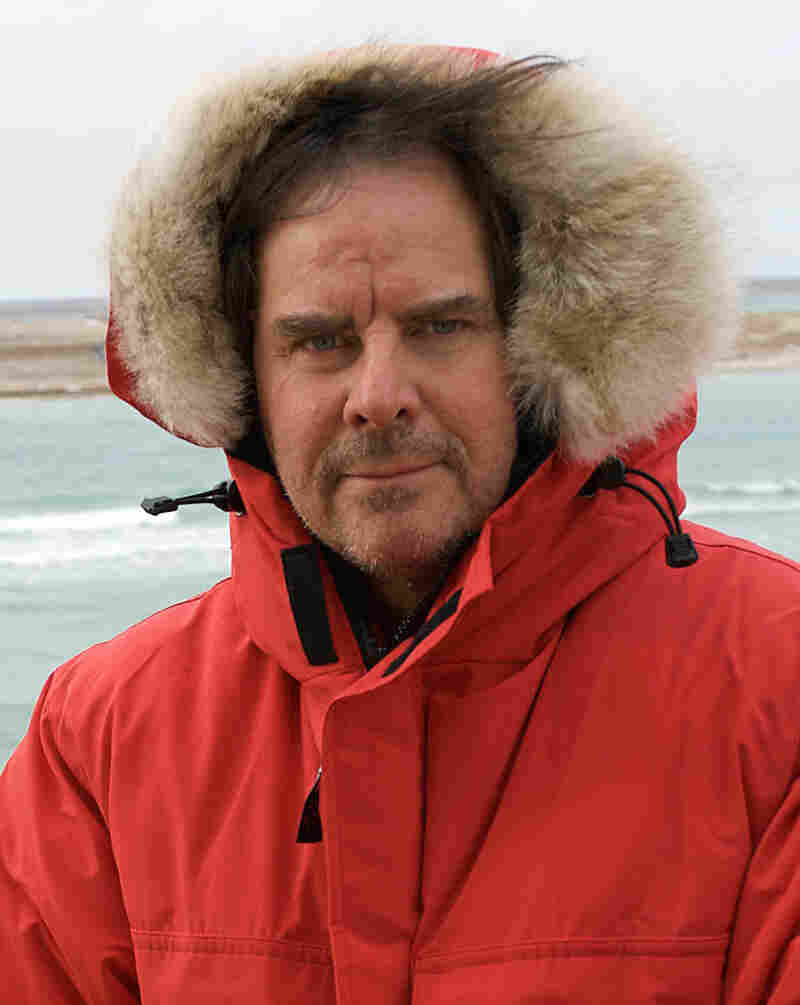 Paul Watson is a Pulitzer Prize winner, and also the author of the book Where War Lives. W. W. Norton & Company hide caption 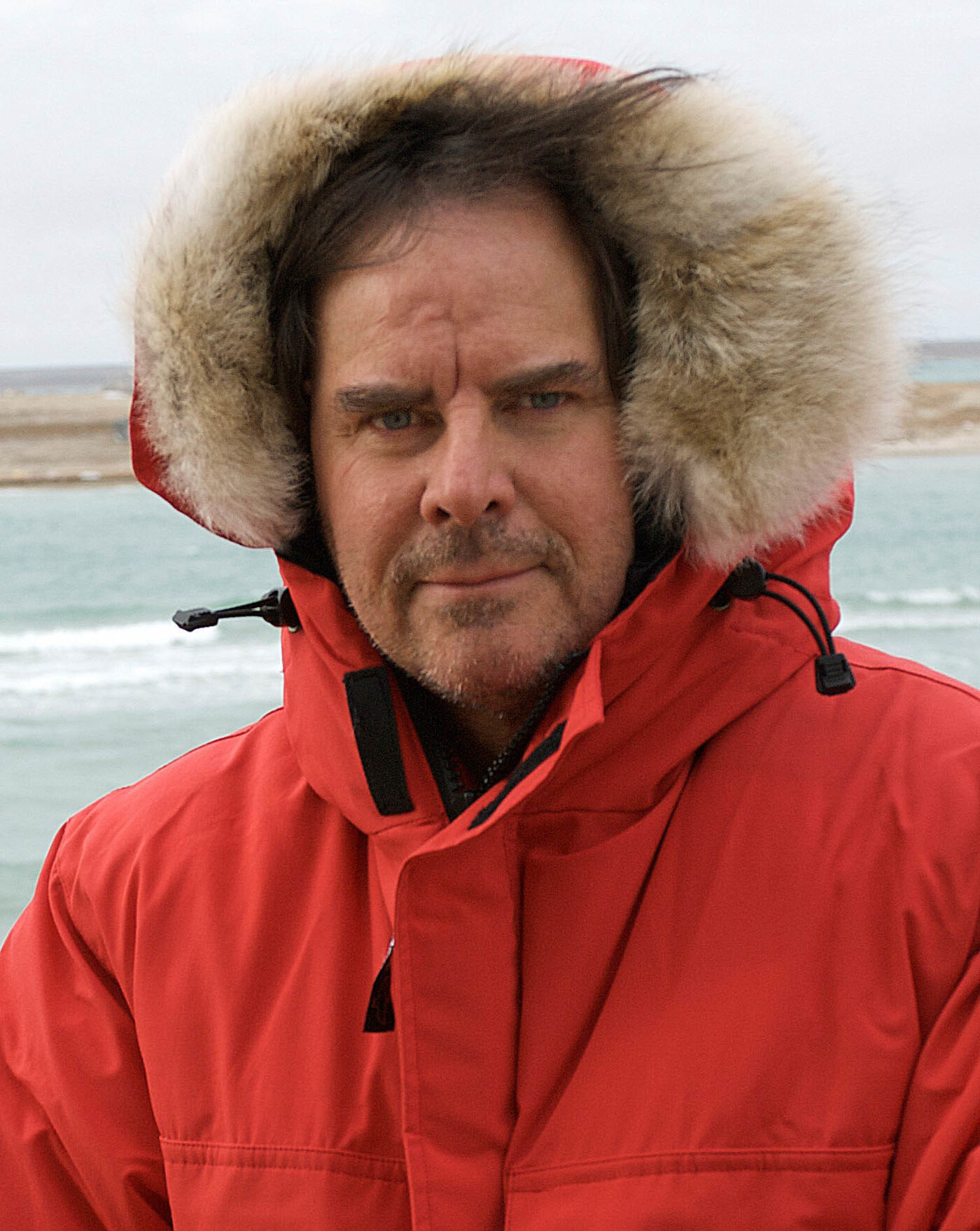 Paul Watson is a Pulitzer Prize winner, and also the author of the book Where War Lives.

On listening to the Arctic

The Arctic has something to tell us ... And I'm getting perhaps a bit spiritual here, but the Inuit especially believe that there are spirits of their ancestors, there are spirits that live in the sea, that walk the land, and if you disrespect them, you will suffer greatly for it. ...

The first book I wrote was a book called Where War Lives, and it's a war memoir, and in it, I describe a moment where I believe the spirit of a dead American soldier on the streets of Mogadishu in 1993 spoke to me and — so I'm open to the possibility. ....

But when you stand alone, as I have, out on the ice and you're alone with the world, you have a very strong sense of something around you that you don't understand. It's a very real power that comes over you.