Accessibility links
Seeking Empathy, 'Shots Fired' Flips The Script On Police Shootings The new Fox show Shots Fired follows two investigators looking into a police shooting where a black cop kills an unarmed white man. It's one of a handful of new network shows that are about policing. 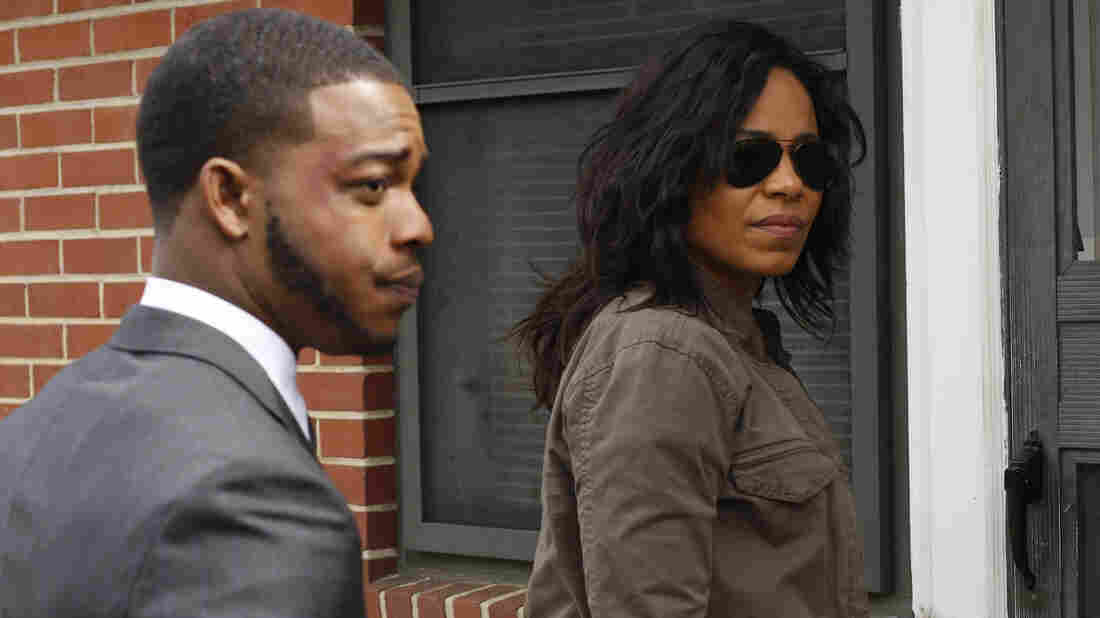 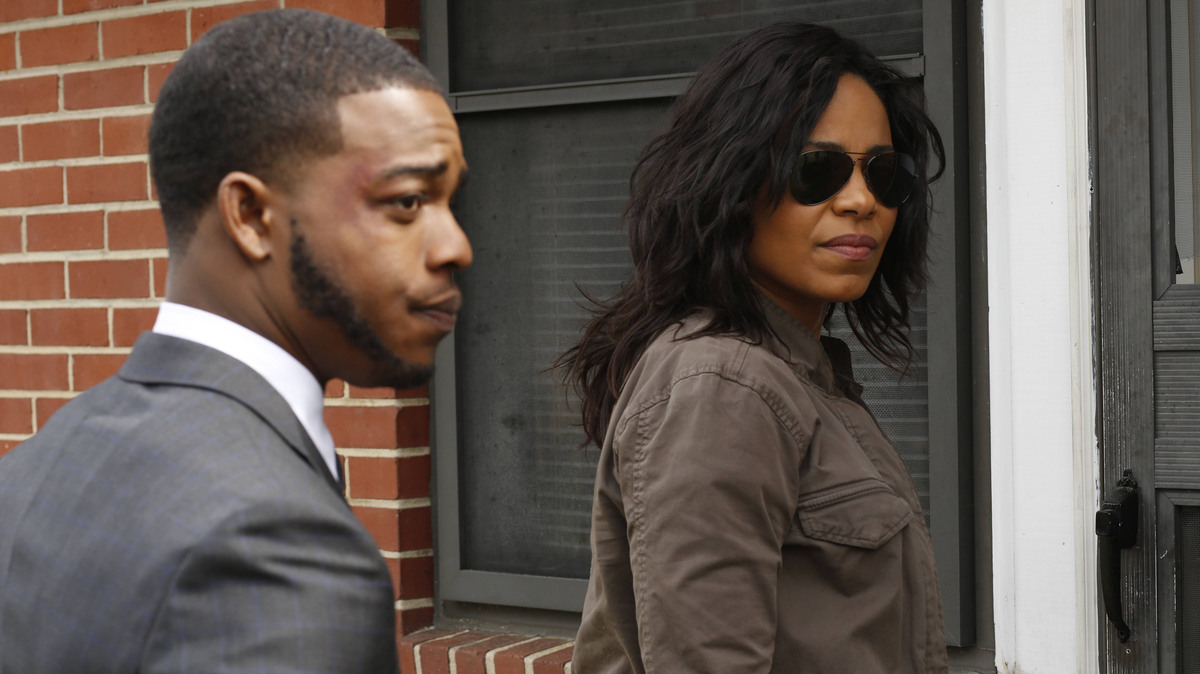 I'll be honest; at first, I feared the whole series was a bit of a dodge.

Watching the first episode of Shots Fired — Fox's highly anticipated limited series about a federal investigation into a police shooting in a small North Carolina town — one thing became clear rather quickly.

The shooting, which draws two hotshot investigators from the Department of Justice, involves the town's only black police officer, who kills an unarmed, white 19-year-old.

[It] forces people, in a way, to say 'What if that was your child? ... What if it looked like your son?' It challenges the audience more.

At a time when most broadcast networks struggle to reflect the conversation on race and policing sparked by the deaths of black men like Michael Brown, Eric Garner and Philando Castile — more on that later — I worried Shots Fired would be another show that looked away, even after the show's investigators realized that local police were also covering up the death of an unarmed black teen at the hands of a white cop.

But Shots Fired co-creator Reggie Rock Bythewood told me he had a specific reason for beginning the 10-episode series with the murder of a white teenager by a black police officer.

He wanted non-black viewers to care about the victims of police shootings, too.

"That case ... forces a segment of the audience to look at it from a different view," notes Bythewood, a black man whose grandfather was a police officer who gave him "the talk" about how to handle himself if a racist police officer stopped him for any reason. "[It] forces people, in a way, to say 'What if that was your child? ... What if it looked like your son?' It challenges the audience more."

His wife, Gina Prince-Bythewood, also co-created the show. She says they were inspired, in part, by the support some people showed for George Zimmerman back in 2013, when he was acquitted of charges resulting from killing unarmed black 17-year-old Trayvon Martin.

"It was shocking to us after the Zimmerman verdict — it was so personal and emotional to us and to our son," she says, noting that her son cried. "And then to turn on the TV or go online and see people start to make excuses for everything that happened. And it felt that they weren't seeing Trayvon as their child."

Both Bythewoods are directors, producers and writers. They've got an impressive list of credits together and separately, including the films Love and Basketball, Get on the Bus, and Beyond the Lights and the TV show A Different World.

Hollywood Grapples With TV In The Age Of Trump

So when they decided to make a TV drama about a police shooting, they tapped an A-list cast. Richard Dreyfuss plays a wealthy booster of the local police. Helen Hunt is the governor of North Carolina, torn between black residents who fear a coverup of the black teen's death and white residents who wonder why the Caucasian teen's death hasn't become a civil rights issue.

Stuck in the middle are the two DOJ representatives, a straight arrow prosecutor played by Stephan James and a rebellious, street smart investigator, played by Sanaa Lathan.

There are bits here that shine: When a crowd of black people surrounding one shooting scene is pushed around by police, they whip out smartphones to record video and hold up their hands in a silent, #BlackLivesMatter moment.

And Aisha Hinds — who is having a moment playing Harriet Tubman on WGN's Underground and civil rights activist Fannie Lou Hamer on HBO's movie All the Way -- is captivating as a local pastor wavering between capitalizing on the controversy and following her values.

But for all its ambition, Shots Fired has a lot of clunky dialogue where characters are used to dramatize different sides of an argument, instead of reacting as people. The pastor played by Hinds, for example, yells at the federal prosecutor for coming to town only when a white teen is killed, only to have a white man respond with, "So only black lives matter?"

It's a bit like an earnest high school civics class debate turned into TV drama.

But at least Shots Fired is trying to deal directly with the racial and social impact of questionable police shootings. I've been amazed at how many new cop shows this year seem hesitant to focus on the issues that sparked nationwide protests over the past few years.

The Department of Justice released a report earlier this year saying the Chicago Police Department was poorly trained and too quick to use excessive force, especially against black and Latino suspects. But when NBC's Chicago Justice centered an episode on an officer accused of fatally injuring a black suspect during an arrest — spoiler alert — the officer wasn't guilty of the crime.

And at a time when there are serious questions about how to curb the violence in poor Chicago neighborhoods, Fox's new series APB depicts a tech billionaire taking over a police precinct in the city, having adventures which feel more escapist than incisive.

So kudos to Shots Fired for trying to make a statement, even if it falls short at times. Fox only made six of the limited series' 10 episodes available to TV critics before the show launches, so I'm hopeful the remaining episodes will improve.

Because, given how polarized our real-life political dialogue has become, it's great to see an ambitious series tackle a tough social issue by asking viewers to feel a little empathy, first.