Accessibility links
At SXSW, Asian-American Musicians Make A Space Of Their Own This year's SXSW saw the first-ever showcase featuring exclusively Asian-American artists. Organizer Christine Minji Chang says one goal is to broaden Asian Americans' representation in the industry. 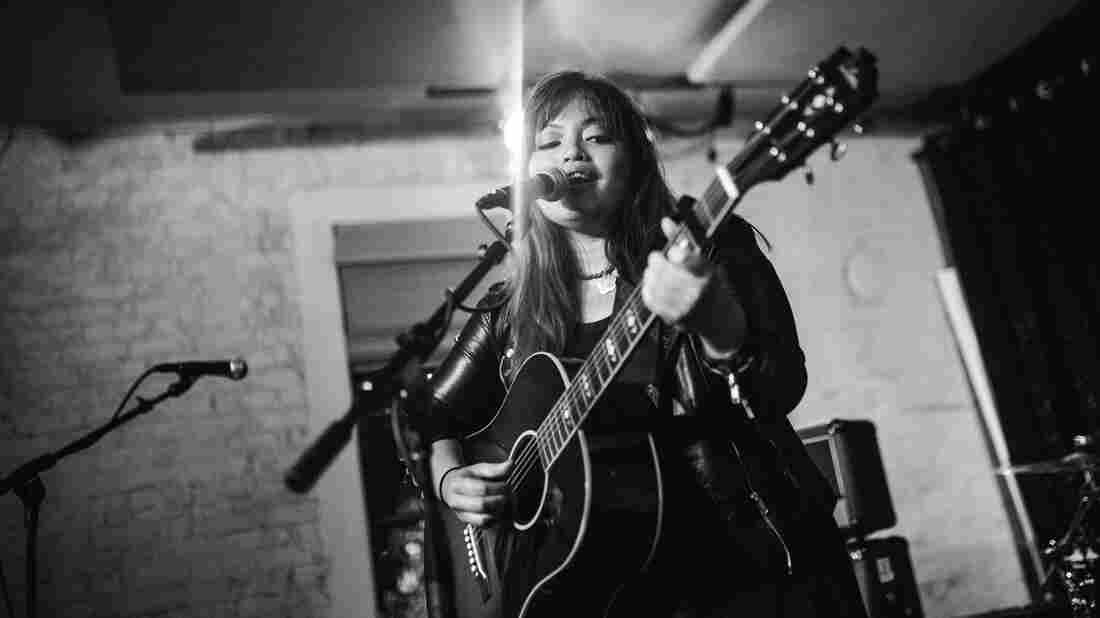 "A lot of people have backed me and believed in me and what I do — not because I'm an Asian chick, but because I sing and write songs," singer-songwriter Melissa Polinar says. Stephanie Vu & Zenith Division/Courtesy of Kollaboration hide caption 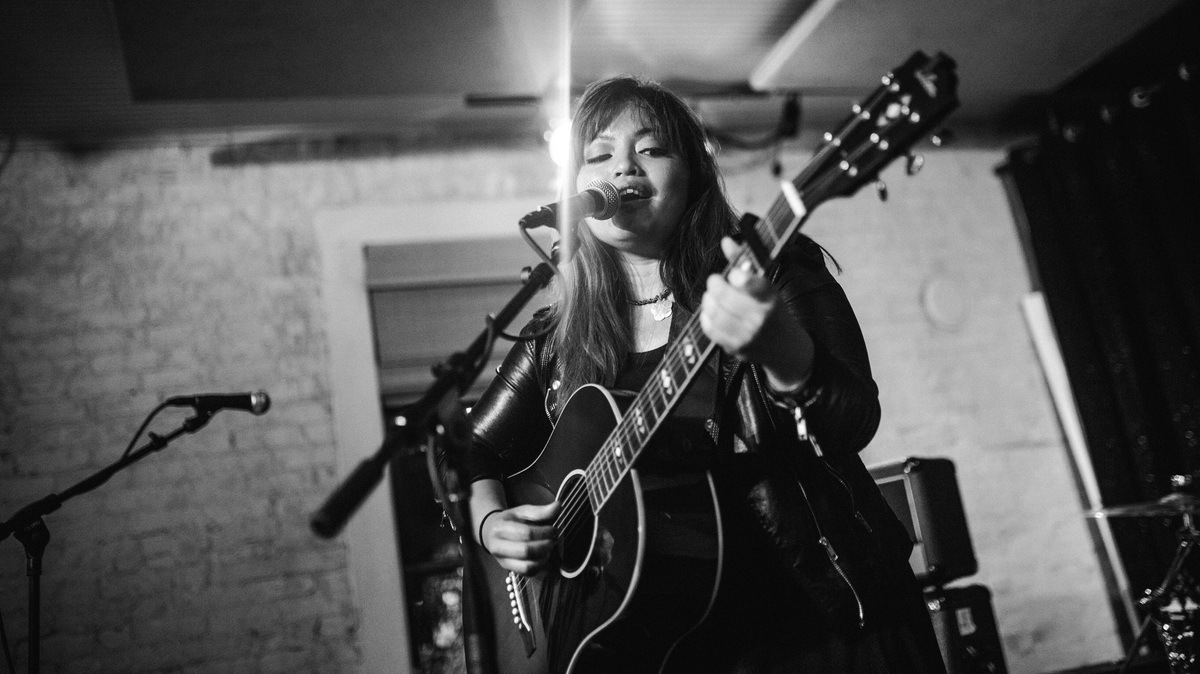 "A lot of people have backed me and believed in me and what I do — not because I'm an Asian chick, but because I sing and write songs," singer-songwriter Melissa Polinar says.

Musicians from all over the world are settling back at home, recovering from last week's South by Southwest festival in Austin, Texas. Hundreds of musicians played throughout the week, for crowds big and small.

One of this year's showcases was the first in the festival's history to feature a lineup made up entirely of Asian-American artists. The event took place on a warm Thursday night in the upstairs lounge of a barbecue restaurant in downtown Austin. It was hosted by the Los Angeles-based nonprofit organization Kollaboration, which supports Asian-American creatives.

The Chaotic Ecstasy Of SXSW In 50 Photos

Singer-songwriter Melissa Polinar stands on a small raised stage at midnight, playing her acoustic guitar for a small group of people. Toward the end of her set, she pauses between songs to talk a little bit about her struggles breaking into the music industry.

"They were a little confused with what to do with me, in terms of the industry," she says from the stage. "There's this guy who came up to me after my first showcase [and he said], 'Okay, so, you grew up in Texas and you're an Asian that sings like a black girl that is now writing in Nashville.' So, as much as people say 'we'll embrace who you are and your uniqueness' — now, it's a huge movement, but back in the day, I didn't really have that support."

Polinar starts crying as the crowd cheers her on.

"Tonight is just kind of like a cool little thing," she says with a shaking voice. "A lot of people have backed me and believed in me and what I do — not because I'm an Asian chick, but because I sing and write songs." And, laughing a little, she begins to play her last song.

The atmosphere is warm and friendly as she finishes her set. People mill around the room, drinks in hand, as they wait for Run River North, the last band of the night, to play. Singer-songwriter Reonda, who performed earlier in the night, walks around the room, taking photos. This is her first time playing at SXSW, and she's really grateful to Kollaboration for the opportunity to play.

"Without them, I wouldn't be here," she says. "You know, I think South by [Southwest] is diverse — like they have Japan night, Taiwan night. But there was never anything for Asian Americans, which is kind of — I don't know why that was missing."

That's not to say that Asian-American artists haven't ever performed at the music festival. It's just that they haven't been highlighted in this way.

"There has been a very long-standing history of invisibility and narrow representations of Asian Americans in media," Christine Minji Chang, Kollaboration's global executive director, says. That's exactly what the organization was looking to change with its showcase.

In 2015, during her first year at South by Southwest, Chang found herself at a panel of record-label executives. During the Q&A portion, she got up and asked if any of them had ever signed an Asian-American artist. "And there was a bit of an awkward pause," she says.

One of the executives said that while he had noticed plenty of Asian-American musicians with huge followings on YouTube, signing these artists ultimately came down to one thing.

That conversation was the catalyst for her to organize a showcase. "We have so many amazing Asian-American artists and this is bananas!" she says.

Chang jokes that her goal is to work herself out of a job.

"It'd be nice if you don't look at an Asian-American artist and go 'I don't know what to do with you,' " she says. "Like, you can just say, 'All right, perform for me. Let's hear what you got and then we'll go from there.' The art should be what it is." 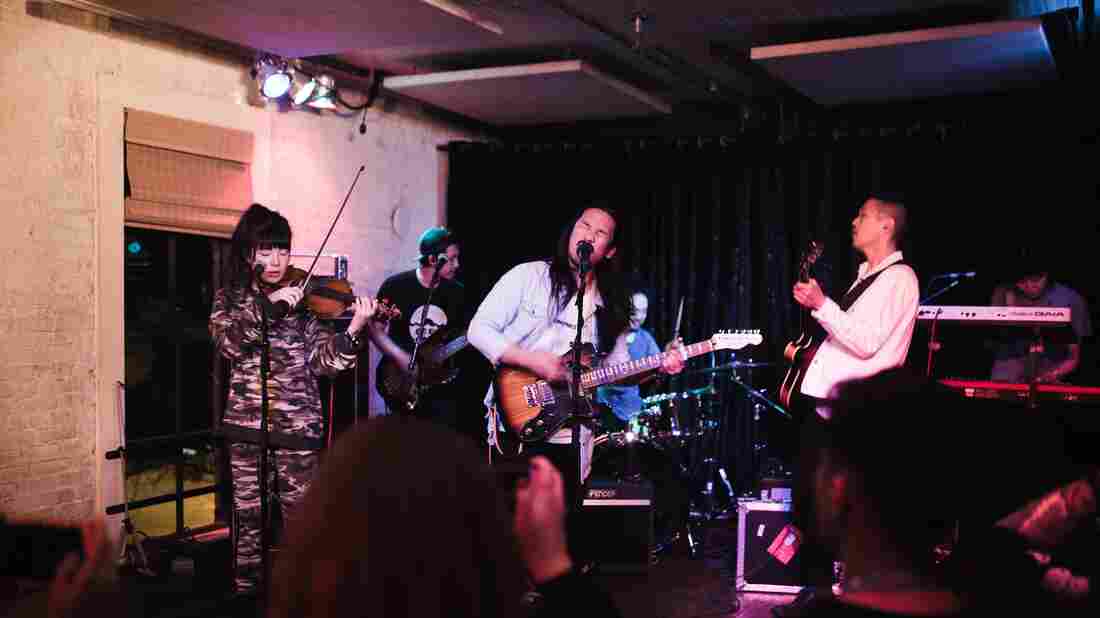 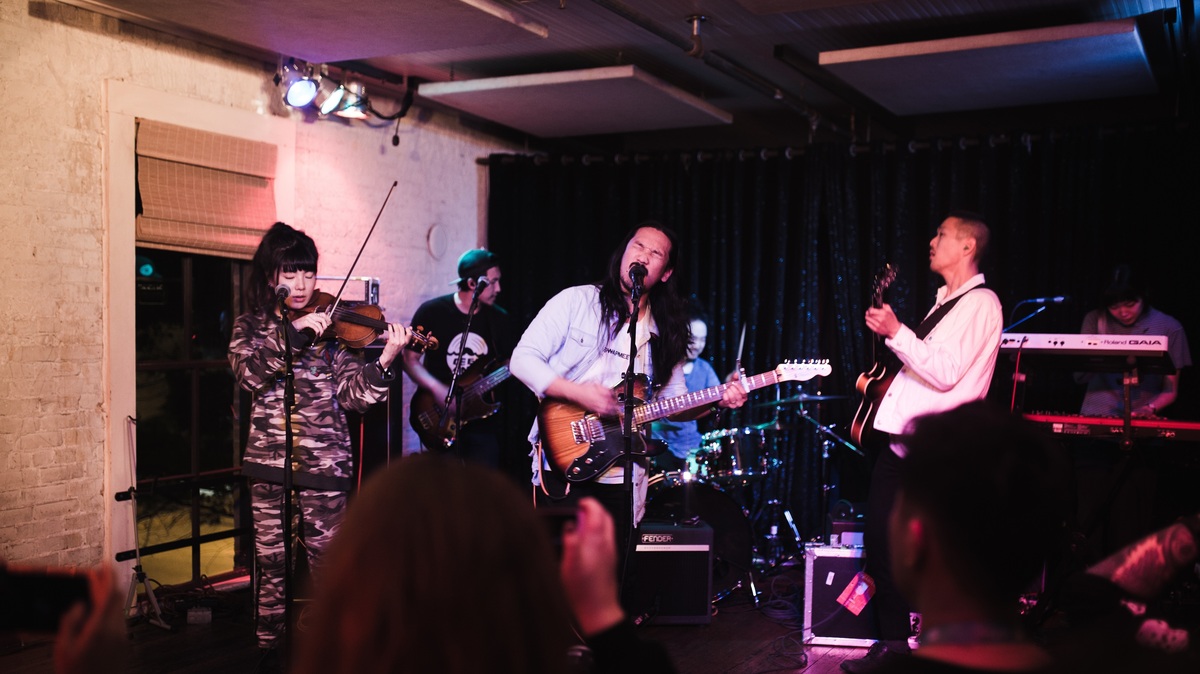 Alex Hwang, the lead singer of indie-rock band Run River North, agrees.
"Our Asian-ness is something that we can't not be, but as a band, that shouldn't be what we're about," he says. "We should have good music for you to listen to."

His band, whose members all happen to be Korean-American, has a solid following. At the SXSW showcase, as they set up their equipment and run through a sound check, the room gradually fills with people. One of those people, Priscilla Lee, says she's there to hear Run River North.

"I'm Korean, and I've been trying to identify more with my Asian-American identity," Lee says. "It's really cool to support artists who also have that same identity."

But others, like Andrew Ramirez and his friend Josh Thomas, are just fans of the music.

"Their sound is pretty unique," Ramirez says. "I just love the way they sound. [Josh and I] have seen them live twice, and they put on a great show."

It's past 1 a.m. when Run River North starts its set, but the crowd's enthusiasm and energy never flags. And by the time the set is over, the focus isn't only on the band members' identities as Asian Americans. It's also about the music.