Accessibility links
Refugees Leave The U.S. In Hopes Of Better Treatment in Canada A surge of refugees is leaving America for Canada as they look for a more secure future. Refugees are quickly vetted by border agents and given access to shelter, health care and a work permit. 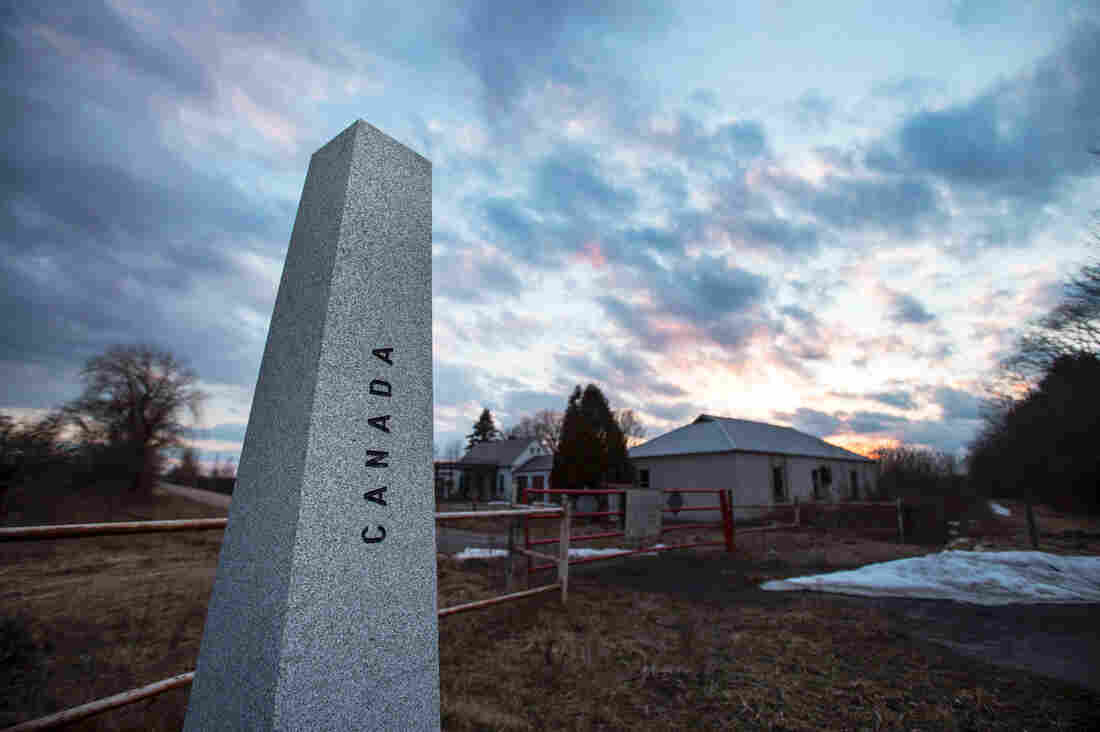 The sun sets behind an abandoned customs station on the US side of the Canada/U.S. border on Meridian Road in Champlain, N.Y., in Feb. 2017. Geoff Robins/AFP/Getty Images hide caption 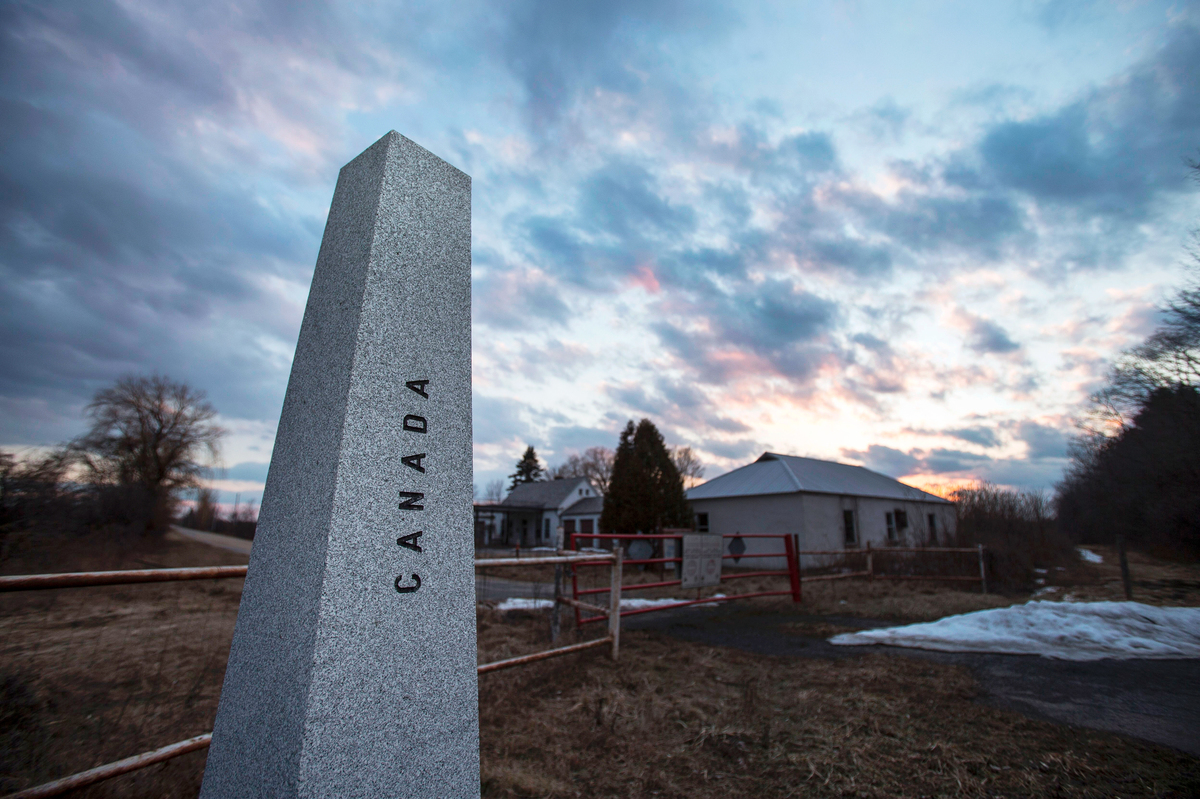 The sun sets behind an abandoned customs station on the US side of the Canada/U.S. border on Meridian Road in Champlain, N.Y., in Feb. 2017.

A wave of refugees has been heading to Canada after first living for a time in the U.S. Canadian officials say more than 2,500 people crossed the border in January and February seeking asylum.

Mohammed Ahmed, a refugee from Pakistan, spent a year in New Jersey before he and his family walked across the border to Canada just north of Plattsburgh, N.Y. last month. He says he was afraid he would be detained and separated from his wife and two children.

"The Trump policy, he was just deporting the guys over there. We didn't see any future there, so that's why we came over," he says.

After being briefly detained, the family was allowed to go free and given a voucher to live at the YMCA, which is part of a system of shelters for refugees coming into Canada from all over the world.

Ahmed says he no longer feels hounded or like a criminal.

"Canada is the best place. They give us the shelters. My lawyer, she's being paid by the government. Everyone here in the YMCA and the immigration office, they help us a lot," he says.

Ahmed says he was receiving death threats back home in Pakistan, so he's confident he'll be allowed to stay in Canada.

'The basics are taken care of'

Across town, Francine Dupuis' Montreal office is busy with new immigrants to Canada, many of them refugees. She's leading the government-funded effort to resettle the wave of asylum seekers arriving in Quebec from the U.S.

"We're managing them now. We're not overwhelmed because we've been used to waves. We've had the Mexican waves, Kosovo wave and more recently, the Syrian wave," she says.

The treatment of immigrant families here is starkly different when compared to the U.S. Those seeking refugee status are unlikely to be detained for more than a day or two, even if they entered the country illegally or came originally from Muslim countries.

Canada Continues To Accept Asylum Seekers From The U.S.

Canada Continues To Accept Asylum Seekers From The U.S.

Newcomers are quickly vetted by border agents. If they're found to have criminal records, they're deported. But Dupuis says the vast majority of families are encouraged to begin settling in Canada, even while their applications for refugee status are being decided.

"They get their card, their Medicare card. We've registered their children in schools. They have a non-permanent work permit. The basics are taken care of," Dupuis says.

She acknowledges that some Canadians are uncomfortable with this latest surge of refugees. A debate is growing here over the question of how many newcomers Canada should welcome. But Dupuis predicts that most of asylum seekers fleeing the U.S. will be allowed to stay.

Just a few weeks after crossing the border illegally, Ahmed says his family's life is already totally different. They're looking for an apartment and he's trying to find a job and maybe go back to school.

"I'm a graduate, so further on I'm planning to have some diplomas in management so that I can have a better future," Ahmed says.

A last note about Mohamed Ahmed's family: His three-month old son was born while they were still in New Jersey, so while they look for a more secure and prosperous future in Canada, one member of the family will remain a U.S. citizen.