Accessibility links
How The 'Scarcity Mindset' Can Make Problems Worse Researchers had a hypothesis that when you really want something, you start to focus on it obsessively. It produces a kind of tunnel vision and creates problems for thinking in the long-term.

Researchers had a hypothesis that when you really want something, you start to focus on it obsessively. It produces a kind of tunnel vision and creates problems for thinking in the long-term. 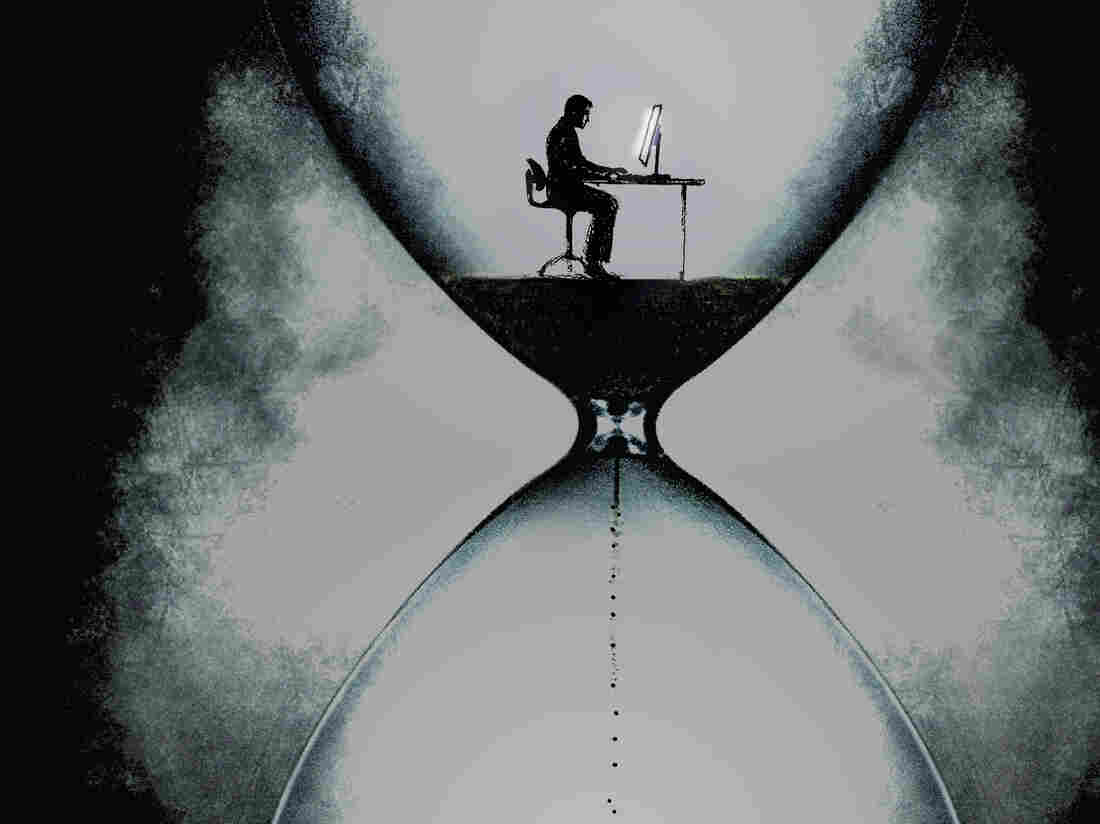 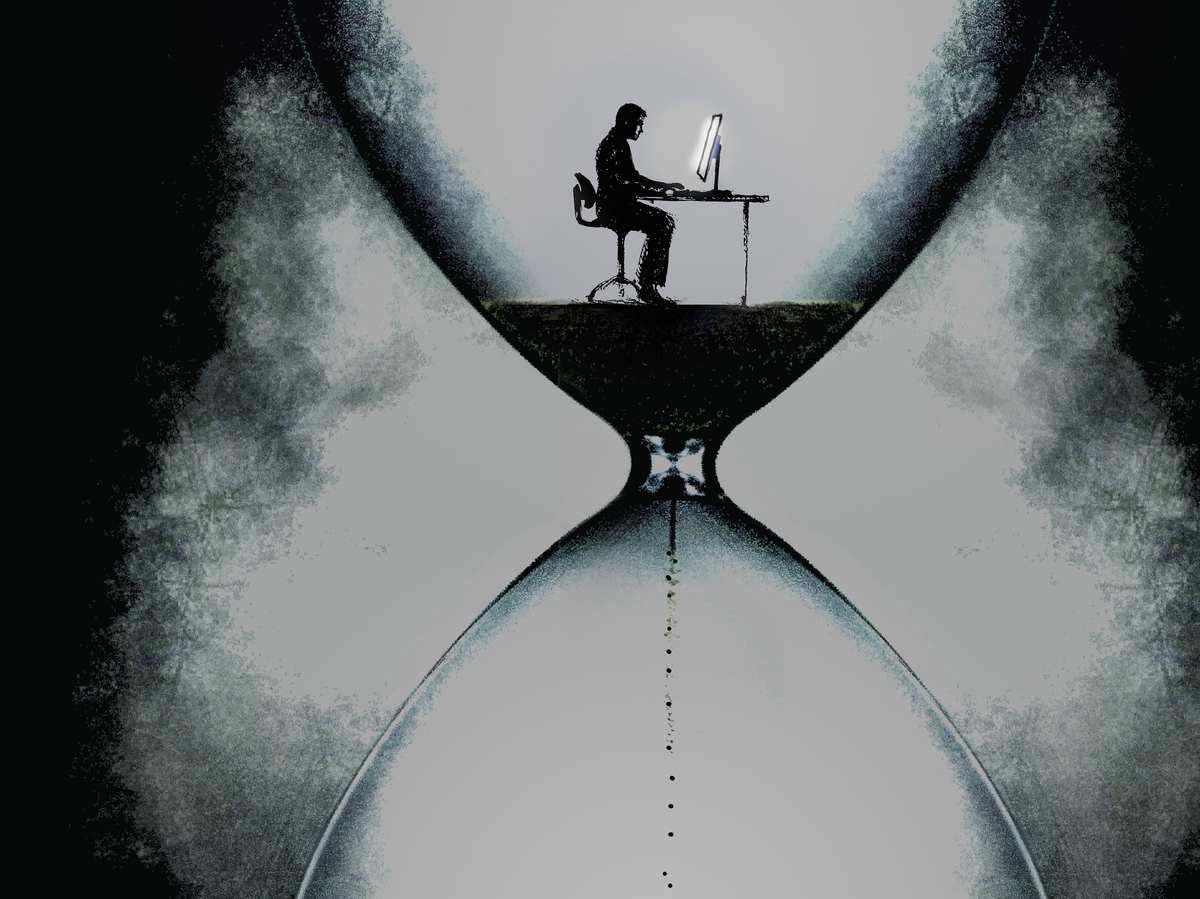 Many people have noticed this - when you realize something important is missing in your life, your brain can only seem to focus on that one thing. Maybe it's money you're lacking or time or love or just the latest gadget that other people seem to have. Two researchers have looked into how we respond to scarcity as they call it. They say scarcity touches on many aspects of our lives. Here's NPR's social science correspondent Shankar Vedantam.

SHANKAR VEDANTAM, BYLINE: Six years ago, Brandi Drew was working at a senior living facility in Michigan. She'd been with her employer for more than a decade. One day, she made a mistake.

BRANDI DREW: I was just in a rush to get home, that was all, because day care closes at 6. I get off at 5. It was, like, maybe a 10-mile drive, busy traffic area, and I knew I had to pick up diapers, and the easiest thing for me I thought would be to pick them up before I picked the baby up.

VEDANTAM: So Brandi stopped at a store, grabbed the diapers and swiped her credit card at the self-checkout station. It wasn't until later that she discovered that she had used the wrong card, not her own but the company credit card.

DREW: My supervisor called me in and said, hey, what's this purchase? So had she not said anything, I don't think I would have realized that.

VEDANTAM: Brandi thought an apology and an explanation would do. Her boss said no. Brandi was fired.

DREW: I just cried. I cried for, like, a whole day because I couldn't believe it. I didn't want to go home and tell my kids what had happened. I didn't want to tell my husband what had happened. I just didn't know what to do at that point. I felt like a - I felt like a failure as a parent because I didn't provide a good example even though it was a mistake.

VEDANTAM: Brandi tried to bring in money doing odd jobs, but the stress grew. To make ends meet, she ordered a new credit card. The day it arrived, she ran straight out the door to Wal-Mart.

DREW: And I bought, like, a family size of toilet paper, a family size of laundry detergent. Like, I stocked up on things all at once rather than keeping it handy just in case. So I, like, maxed it out within the first couple of days that I had it rather than holding on to it for emergency purposes.

VEDANTAM: In that moment, as she was maxing out the credit card on the household supplies she needed, Brandi forgot about things that was slightly less pressing.

DREW: What I didn't think about is what about gas money? I didn't consider what gas would cost. That was, like, the biggest thing. It was always hard to have gas.

VEDANTAM: And of course, there was the credit card bill itself.

VEDANTAM: Brandi had always been careful and conscientious. So why did she make these mistakes? One explanation - the psychological phenomenon of scarcity.

SENDHIL MULLAINATHAN: When you have scarcity, and it creates a scarcity mindset, it leads you to take certain behaviors which, in the short term, help you manage scarcity but in the long term, only make matters worse.

VEDANTAM: This is Sendhil Mullainathan, an economics professor at Harvard. A few years ago, he and Eldar Shafir, a psychology professor at Princeton, started researching a hypothesis. It went like this - when you really want something, you start to focus on it obsessively. When you're hungry, it's hard to think of anything other than food, when you're desperately poor, you constantly worry about making ends meet. Scarcity produces a kind of tunnel vision, and it explains why, when we're in a hole, we often lose sight of long-term priorities and dig ourselves even deeper. Here's Sendhil.

MULLAINATHAN: What if it's not that poor people are somehow deficient but that poverty makes everyone less capable, that it's the - that it's you and I tomorrow, were we to become poor, would all of a sudden have the same effect, that poverty is in some sense changing our minds?

VEDANTAM: Of course, if this hypothesis is true, then...

MULLAINATHAN: The same person, when they're poor, should have very different cognitive capacity than when they're rich. So how would we test that? Well, unfortunately, we don't have the kind of money to go around making poor people rich, but sugarcane farmers actually create a natural experiment for us.

VEDANTAM: That's right - sugarcane farmers in India. These farmers, it turns out, are paid only once a year, right after the harvest.

MULLAINATHAN: The month after they get that income, they're pretty rich. But like anybody who gets a huge windfall all at once, the money gets spent a little too fast. And so by the end of the harvest cycle, they're relatively poor. So now we have the same person a month before harvest poor and a month after harvest well-off.

VEDANTAM: Sendhil and Eldar tested the farmers on their long-term thinking when they had no money and when they had plenty of money. The results were stunning.

MULLAINATHAN: We found a huge difference. So we found that post-harvest, when they're well-off, they have much more impulse control.

VEDANTAM: To be clear, it's not that poor people focus on immediate needs because that's all they want to think about. It's all they can think about. Scarcity captures the mind. In fact, the tunnel vision produced by scarcity can actually lower how you perform on an IQ test.

MULLAINATHAN: Put simply, being poor is like having just pulled an all nighter.

VEDANTAM: It took years and little steps but eventually Brandi Drew found a way out of the scarcity trap. She found a job, and she signed up for financial counseling. She learned how to use cues and reminders to look beyond her immediate needs and desires.

DREW: I actually have a calendar now that I write down everything to make sure I'm paying things on the correct day and time.

VEDANTAM: Sendhil and Eldar say the psychological effects of scarcity can be seen in many areas of life, among lonely people who lack companionship, even among the very busy who lack time. In all these cases, they argue, people need to recognize how not having enough of something can make us so maniacally focused on short-term solutions that we lose sight of our priorities. In those moments, they say, it's important to look up, to notice we are inside a tunnel. Shankar Vedantam, NPR News.

INSKEEP: There's no shortage of Shankar Vedantam. If you want more of him, he's host of the podcast Hidden Brain.