Accessibility links
'I Called Him Morgan' Is A Tale Of Marriage, Murder And Jazz, Told From Two Sides The brilliant trumpeter Lee Morgan, whose shocking and untimely death at the age of 33 is at the center of I Called Him Morgan, doesn't star in this documentary so much as haunt it.

'I Called Him Morgan' Is A Tale Of Marriage, Murder And Jazz, Told From Two Sides

'I Called Him Morgan' Is A Tale Of Marriage, Murder And Jazz, Told From Two Sides 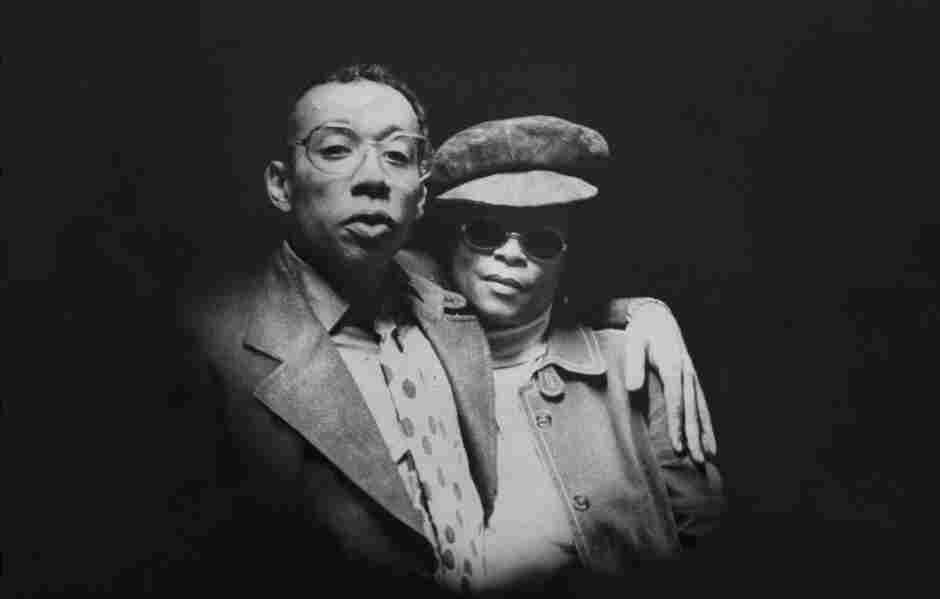 Lee Morgan (left) and Helen Morgan in 1970, subjects of the documentary I Called Him Morgan, directed by Kasper Collin. Courtesy of the Afro-American Newspaper Archives and Research Center hide caption 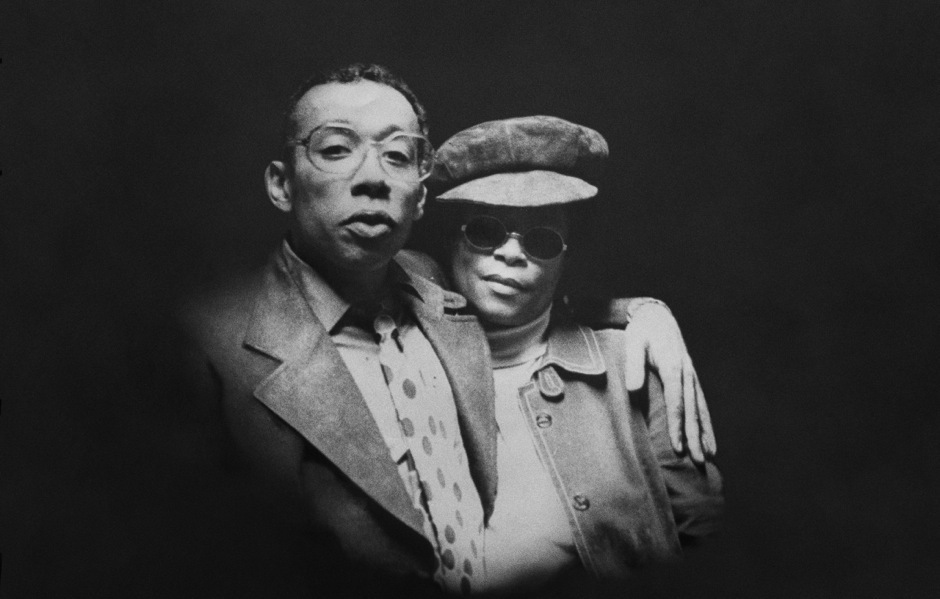 Lee Morgan (left) and Helen Morgan in 1970, subjects of the documentary I Called Him Morgan, directed by Kasper Collin.

Courtesy of the Afro-American Newspaper Archives and Research Center

There's no shortage of poignant moments in I Called Him Morgan, Kasper Collin's mesmerizing new documentary about the life and death of jazz trumpeter Lee Morgan. One moment, about half an hour into the film, has stuck with me since I first saw it, lingering like an afterimage or the hook from a song.

Wayne Shorter, the saxophonist and composer who stood shoulder-to-shoulder with Morgan in a mighty edition of Art Blakey's Jazz Messengers, is perched on a couch, looking at an old photograph. The image, in black and white, depicts Shorter and Morgan in a recording studio with Blakey's band in the mid-1960s.

"I'm looking at the back of his head," says present-day Shorter, tracking the penetrating stare of his younger self, who stands in the background with a tenor mouthpiece pressed to his lips. Shorter holds the photograph at arm's length, narrows his eyes, tilts his head. Blinks, once. "There's a bandage," he adds, describing the thick strip of gauze that Morgan, in the foreground, nonchalantly wears like a headscarf.

Interpreting his own nonplussed expression, Shorter muses: "It's almost like, in my face: 'What's going to happen to him?'" He pauses. "It's like: 'What you doin,' man? Lee — hey Lee, what you doin'?" Shorter falls into a pensive silence, and for 10 long seconds, continues to peer into the image. He cocks his head again, then holds the photograph at a different angle, as if some elusive truth might be revealed.

The scene is low-key and relatable — almost mundane, but for the unspoken context around it. Morgan, who in his day was one of the great, blazing comets in modern jazz, is also one of its tragic figures, undone by a fateful convergence of choice and coincidence. His shocking and untimely death, at a mere 33, ensures that Shorter's reminiscence will play in an elegiac key.

If you know Morgan's name, you probably know a few of the tunes he turned into irresistible hard-bop standards in the early 1960s — like "The Sidewinder," a crossover R&B hit, or "Ceora," a wistfully soulful bossa nova. You might also know him for that momentous tenure in the Jazz Messengers, which gave us (among many other things) a rampagingly hot version of "A Night in Tunisia." As a trumpeter, Morgan had staggering technical facility and equal reserves of panache, and he had it all in place from a tender age.

Consider John Coltrane's "Moment's Notice," recorded in 1957, when Morgan was just 19. He grabs the solo baton from trombonist Curtis Fuller with brash impatience, a bronco charging out of the chute. And the rest of Morgan's solo is just as thrilling, as he slashes and dances his way through the song's tricky chord progression, making it seem not effortless, per se, but easeful. Not for nothing did Morgan give a later album of his the title Charisma.

So it was more than a senseless loss of life that made Morgan's death a tragedy, though of course that's the primary reason, even for those of us who only know him by his music. And in a profound but understated way, I Called Him Morgan puts us all in Shorter's place on that couch, attempting to extract a scrap of insight from an impressionistic glow of image and sound. Morgan doesn't star in this film so much as haunt it, and he isn't the only one. 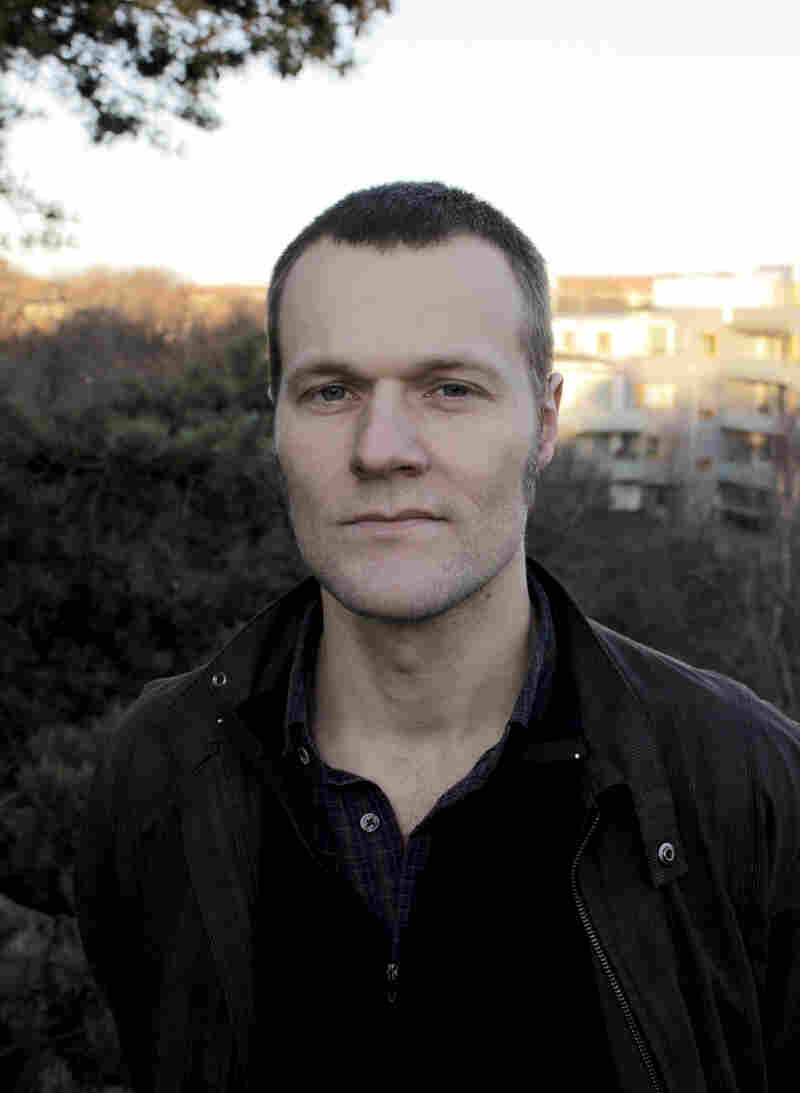 If you don't know Morgan's story and would prefer to experience the film without that knowledge, feel free to stop reading here, though Collin's narrative is designed to anticipate any spoilers. The facts are straightforward but far from simple, ringing with an almost Shakespearean complexity of feeling.

So here it is: Morgan was fatally shot at Slug's Saloon, the East Village dive where he was booked with his band, in the early morning hours of Feb. 19, 1972. There was a major snowstorm that evening, and he had been in a car crash on the way to the gig.

His killer was Helen Morgan, his wife, an older woman who had been the driving force behind his rehabilitation from drug addiction. She shot him seemingly on impulse, in response to a flagrant and humiliating infidelity. After serving a brief stint in prison, she lived in self-exile from the jazz world. Lee Morgan became one in a tragic line of gifted jazz artists whose light was extinguished far too soon.

I Called Him Morgan — which opens in New York on Friday and in Los Angeles on March 31 — sketches this tale with efficient grace but in no great hurry, as if to evoke the quiet dread of a certain kind of disaster movie. ("It was like a movie," says Billy Harper, the saxophonist in Lee Morgan's last quintet, as he recalls Helen's entrance to Slug's Saloon.)

Collin, a Swedish filmmaker whose previous effort, a decade ago, was My Name is Albert Ayler, intersperses standard talking-head testimony with poetic visual ephemera: the wheeling of gulls against a chalky sky, the drift of heavy snow, the flicker of taillights on a city street. The cinematography, elegant and artful, is credited in part to Bradford Young, who worked on the recent feature films Arrival and Selma.

But what makes I Called Him Morgan such a powerful and empathetic film is the fact that it gives Helen Morgan's side of the story. One month before she died in March of 1996, she granted an interview with a jazz disc jockey and educator named Larry Reni Thomas. This interview, on cassette tape, provides the film with a strong backbone and additional layers of heartbreak. (Thomas wrote about his discovery six years ago, in a piece called "The Lady Who Shot Lee Morgan" that made the rounds among jazz aficionados; I still have a copy in my inbox.)

The details of Helen Morgan's life are best saved for the film, but it's worth noting how much presence her voice embodies. "I will not sit here and tell you that I was so nice, because I was not," she says emphatically, recalling a time before she met Morgan, when she was running her soulful version of a bohemian jazz salon in Hell's Kitchen. "I was one who will cut you. I was sharp. I had to be."

Lee Morgan's voice, by contrast, is almost entirely absent from the film. You hear a brief snippet of studio chatter, and the tiniest slice of an interview with the British journalist Valerie Wilmer. Beyond that, you only hear his horn, and the recollections of peers like saxophonist Bennie Maupin, drummer Tootie Heath and bassists Jymie Merritt, Larry Ridley and Paul West. The elision feels intentional and artful, a way of sharpening the absence that gives this film such a purposeful air of sadness.

There are other insightful acts of omission in the film, which has no narrative voiceover — no plummy baritone informing us about Lee's early experience in Philadelphia, or about his struggle with heroin. There are also many stray details that slip by unremarked upon, while still leaving an impression.

That photograph, for instance. We learn in I Called Him Morgan that the head bandage is an artifact of Morgan's addiction: He'd passed out one night, high, and burned his scalp on a radiator. What isn't noted is that the photo depicts the recording session for Blakey's 1964 album Indestructible. A track from the album plays briefly in the background, but that title is never mentioned, probably because it would have been too on-the-nose. 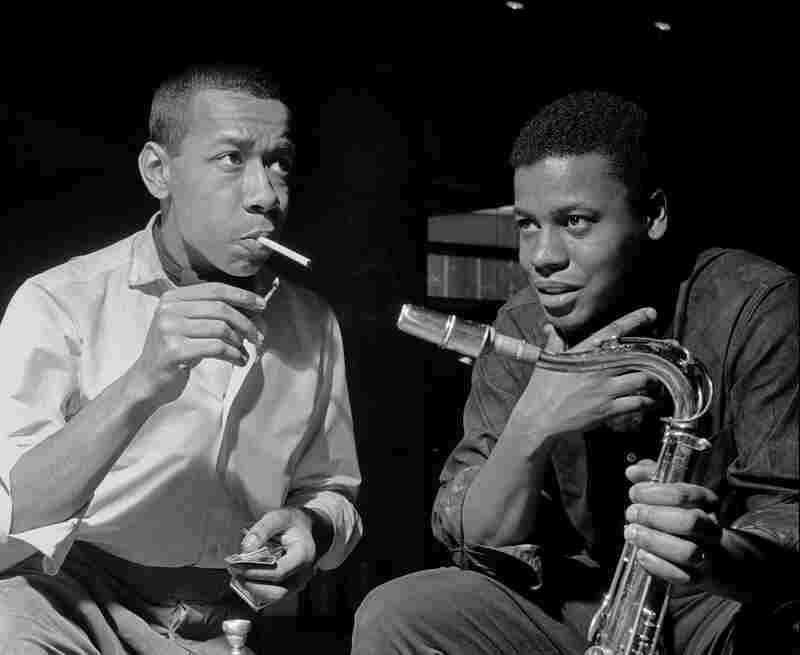 And when Shorter reminisces about the man he considered a brother, his words land plainly and powerfully. Morgan's album Search for the New Land, he says, was motivated by a yearning question: "What could be achieved with freedom?" As Shorter speaks, an image of Morgan from that session fills the frame: He's looking straight into the camera lens, head bowed, with a searching and deeply serious gaze. A cropped version of that shot would become the cover of the album, but its meaning now feels newly charged.

"When we did record," Shorter continues, "there was always the thought that this was going to be forever. What we choose is going to be forever." I Called Him Morgan doesn't lean too heavily on that last word, but its heaviness comes across regardless, as a tribute to both the art that Morgan left behind and the life that he didn't get to live.