Accessibility links
'Girls' Producer Jenni Konner: 'I Was Definitely Hired To Be The Grown-Up' For six seasons, Konner has been a sort of den mother to the show's millennial actresses. Today, she and Girls creator Lena Dunham are creative partners and best friends. 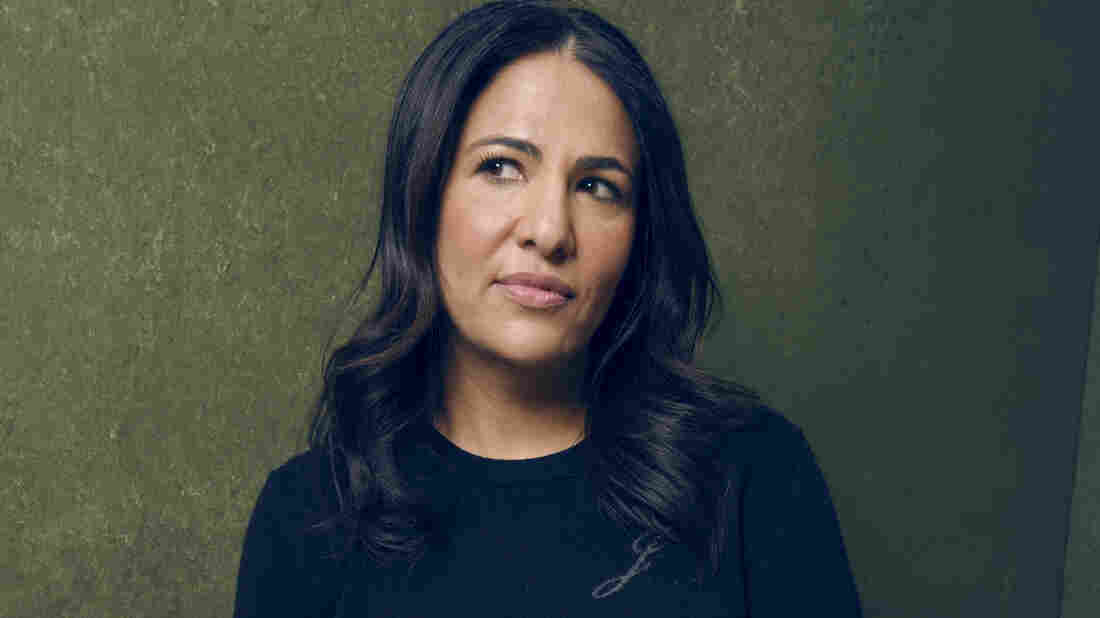 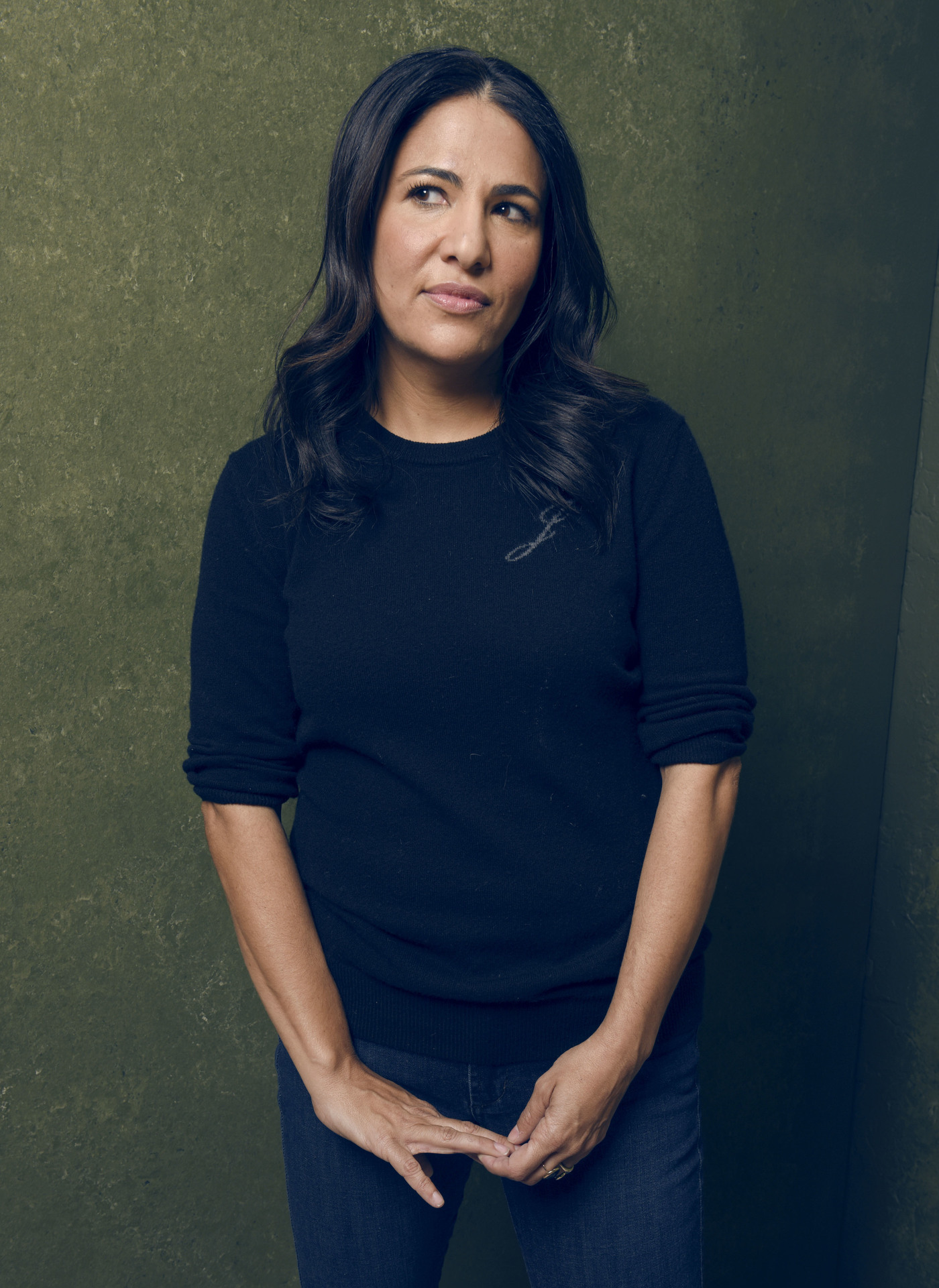 Jenni Konner and Lena Dunham are creative partners and best friends. From their cozy office in Los Angeles, they oversee their hit show Girls, work on their online feminist newsletter Lenny Letter and develop other film and TV projects. (Currently in the works: an HBO animated series about Planned Parenthood.) Their office is adorned with photos of the BFF posing together for magazine covers, and provocative artworks.

"This one is about perky boobies," Konner says, pointing to a framed needlepoint sampler.

Lena Dunham On Sex, Oversharing And Writing About Lost 'Girls'

It's the kind of brazen humor Konner and Dunham brandish on Girls, now in its sixth and final season on HBO. The comedy/drama follows a group of self-involved young women living in Brooklyn. They're all friends of aspiring writer Hannah Horvath, who describes herself has "witty and narcissistic."

Dunham created, wrote and produced the series with Konner, and they've also launched a production company together. You can hear from the way they talk that they're smitten with one another.

"Jenni and I have a very, very symbiotic working relationship," Dunham says. "It's very hard to know where one of us stops and one of us ends at this point. I'm always at her house. I mean, she's my family."

And here's Konner on Dunham: "She's the bravest person I've ever met. She's also just a lovely friend. She makes sure I'm alive every single morning, which is maybe part her anxiety. But she's my valentine."

Konner, 45, has two children and has worked as a showrunner, a writer and a director. For the past few years, she's also been a sort of den mother to Dunham and the show's three other millennial actresses. "I was definitely hired to be the grown-up on set," she says. "The hardest part was trying to get them not get tattoos and haircuts during the off season." 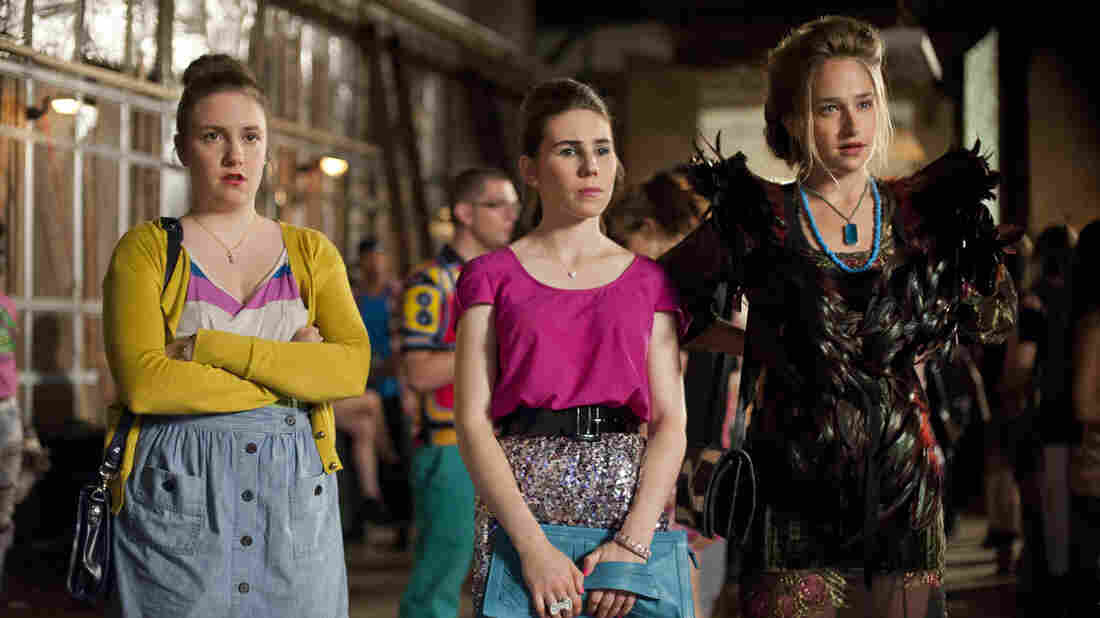 Lena Dunham, Zosia Mamet and Jemima Kirke appear in the first season of Girls. Konner says part of her job on the show involved keeping the actresses from dramatically changing their appearance in the off season. Jojo Whilden/Courtesy of HBO hide caption 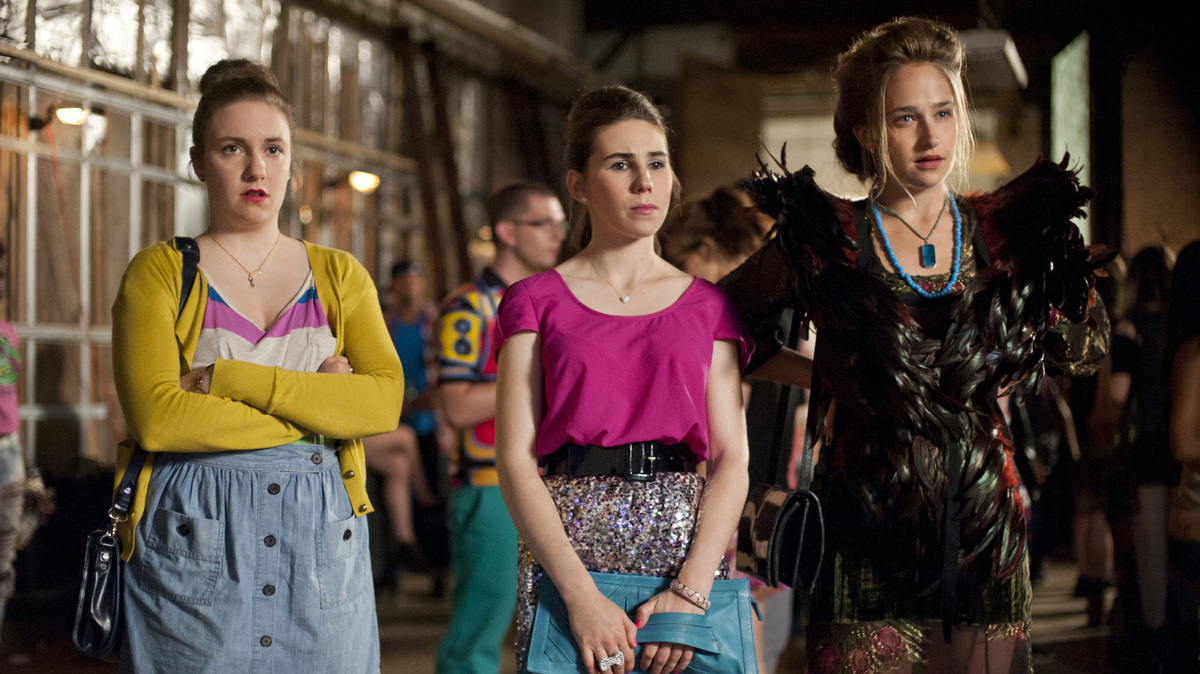 Lena Dunham, Zosia Mamet and Jemima Kirke appear in the first season of Girls. Konner says part of her job on the show involved keeping the actresses from dramatically changing their appearance in the off season.

Working in television is in Konner's DNA. Her mom was a writer on Hart to Hart and Cagney & Lacey, and her dad wrote for everything from Little House on the Prairie to The Sopranos. Growing up in Los Angeles, Konner attended Crossroads, a progressive prep school that counts several celebrities among its alumni. "I was there during the Jack Black/Maya Rudolph era, so that was very fun," Konner says. "Jack was my improv coach."

In the mid-1990s, after attending Sarah Lawrence College, Konner moved to New York. While everyone she knew was working at dot-coms, she was selling cigars in Midtown and doing temp work — basically riding through her 20s like a character in Girls would.

"I was living in the very edge of Carroll Gardens, almost Red Hook, in a parlor floor apartment with my friend who turned out to be a secret junkie," Konner recalls. "I remember we got robbed by crack heads because I left all the windows open all night and they climbed in and took my Kate Spade bag I had saved up so much for." 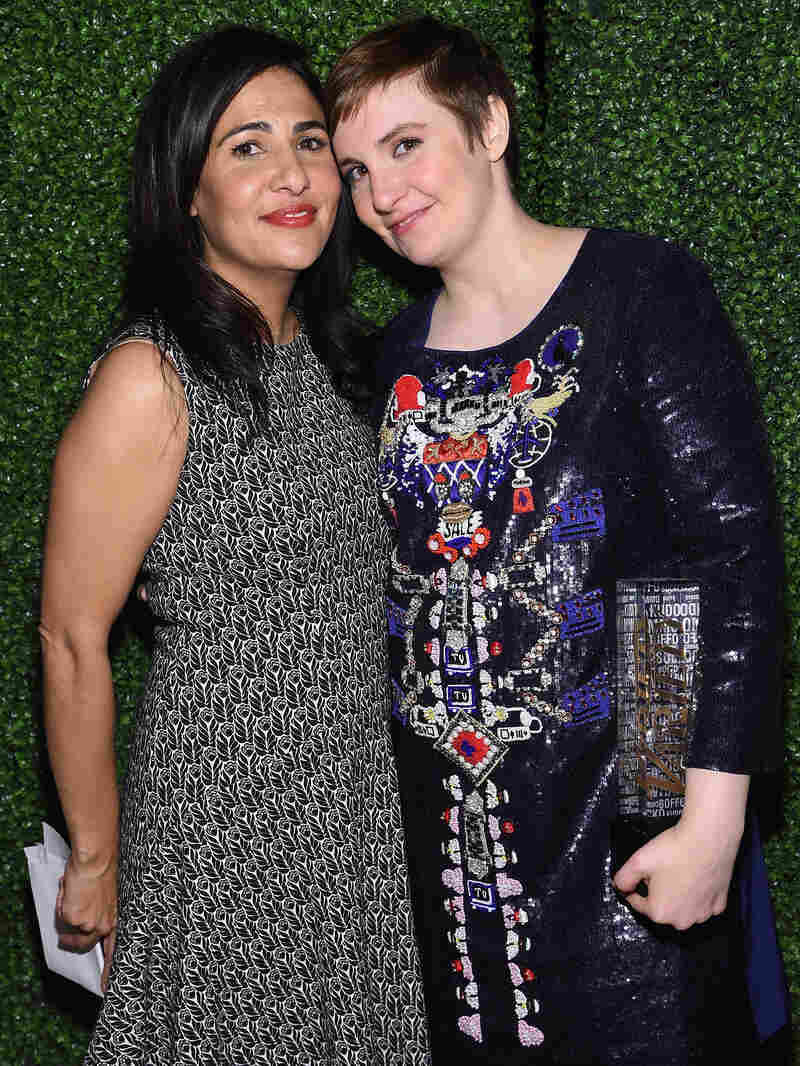 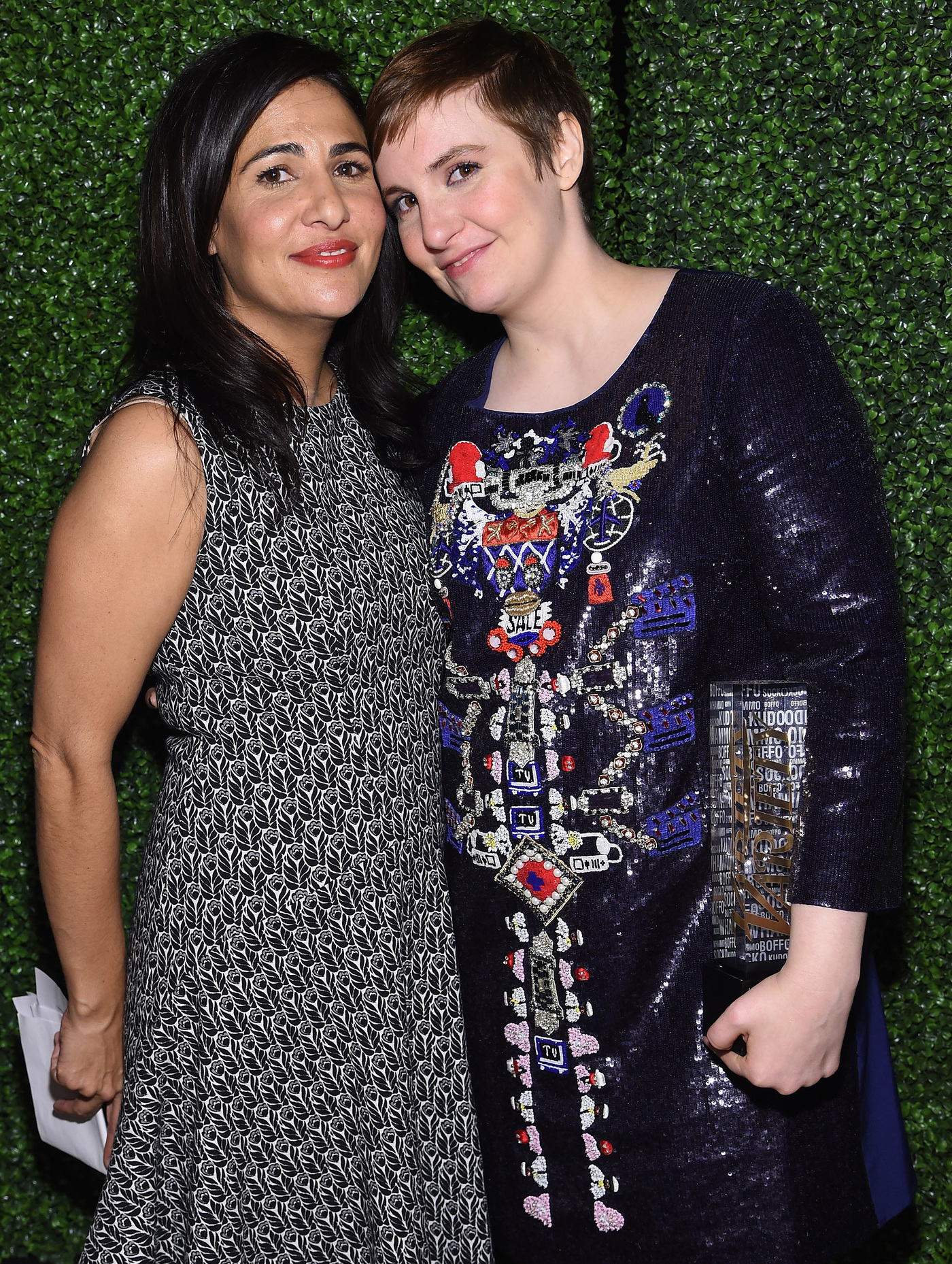 Eventually, Konner found work punching up Hollywood scripts, composing lines for the female characters in Transformers 3. She also wrote an episode of Judd Apatow's Undeclared, a short-lived TV series about college life. He remembers being impressed with Konner's work. "She writes very deep characters," he says. "At the same time, she's really funny — funny in both a light way and darkly comic way."

Konner was working for Apatow when she first saw Dunham's 2010 indie film, Tiny Furniture, about a recent college graduate who returns home to try to figure out what to do with her life. She became a huge fan.

"I felt so connected to that entitled girl who didn't know what she should be doing, was kind of lost," Konner says. "I just couldn't believe what an amazing voice Lena had. I mean, just to see a girl spend 45 seconds putting on Spanx. It just felt so real and hilarious."

When HBO gave Dunham her own show (based on a premise similar to Tiny Furniture) Apatow, the show's executive producer, brought Konner on board. He says, "Part of Jenni's job is to be paying attention to Lena: what she needs, how she can write with her, how she can know when she needs a break."

"She started out basically having to babysit me," Dunham admits, adding that Konner helps her curb her workaholic tendencies. "Acting, getting naked in front of people, the public criticism that comes with it has been really emotionally draining, and unfortunately Jenni's been put in the position of having to care-take. But it's something she does with so much grace you would never think it was hard for her."

Konner and Dunham's partnership isn't just limited to film and TV. Their online feminist newsletter, Lenny Letter, which also has its own imprint at Random House, explores issues like abortion and gender parity in Hollywood. Actress Jennifer Lawrence contributed a column entitled "Why Do I Make Less Than My Male Co-Stars?," and singer Alicia Keys wrote about why she no longer wears makeup.

The newsletter has allowed Konner and Dunham to give voice to their politics in a way they could never do on Girls. It just wouldn't fit the show's characters, Konner says. "Our girls, honestly, [are] too narcissistic to be political."