Accessibility links
We Are All Martha: Alison Wright On How Her 'Americans' Character Became A Hit Wright plays an FBI secretary who falls in love with an undercover Russian spy. She says Martha is "who we would all most likely be" if we found ourselves in the world of The Americans. 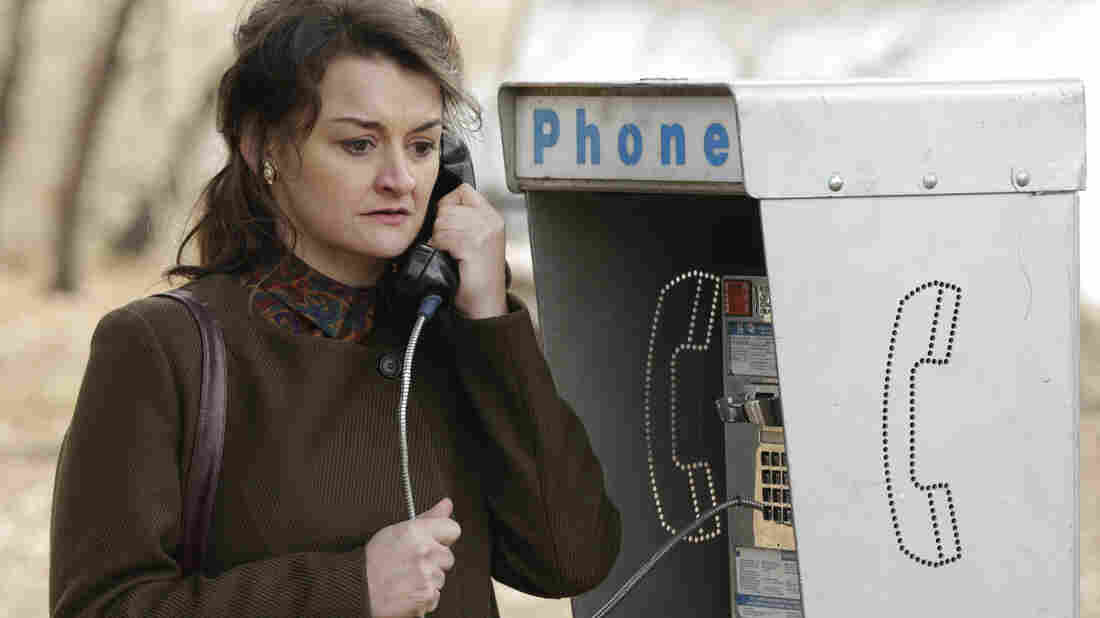 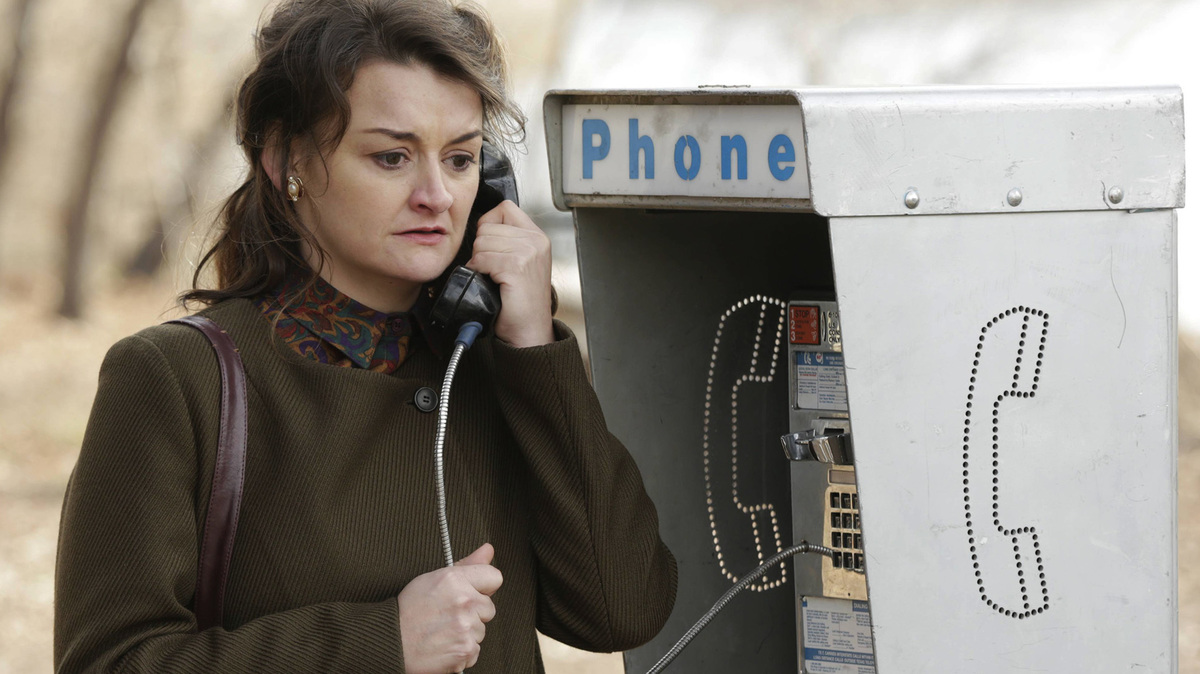 If you're a fan of The Americans, you probably have strong feelings about Alison Wright's character, Martha. Poor, loving, trusting Martha had to be smuggled out of the U.S. because she married a man who was no good for her — a man who turned out to be a Russian spy.

Wright created a sensation with her performance on The Americans. She's also in FX's Feud, about the rivalry between actresses Joan Crawford and Bette Davis, and she's making her Broadway debut in Lynn Nottage's Sweat, about the deindustrialization of a working-class town.

Wright notes that her recent roles have all been remarkably timely. "I've just been lucky enough to get on all these projects that are female-centric or about the working-class American people and about the Russians, too. ... Everything that I'm involved in at the moment feels extraordinarily on point.

On what drew her to Martha

I really like that she's the everyday woman. She's who we would all most likely be in this situation if we were dropped into the real life world/story of The Americans, you know. She's the human, average, everyday person that's open and trusting and loving and hasn't really been jaded and isn't cynical and, up until this point, I think hadn't really been burned in life too badly.

It's very touching that I think we've succeeded in affecting people and creating sympathy and empathy in the viewers [where] maybe in the beginning they really didn't have that much. You know, when we first started out in season one, I remember seeing or hearing comments about ... you know, the typical let's blame the woman: How could she be so stupid? How could she not realize? She didn't figure out this, this and this. You know, that's very much akin to, you know: What was she wearing? How short was her skirt? Was she really asking for it? Did she deserve it? It's a similar sort of blatant, underlying sexism that we have and a little bit of misogyny that we just have in our culture and across cultures.

So there was a little bit of that at the beginning, and it's been tremendous to see that wiped out, to see that replaced with understanding and empathy and sympathy and heartbreak, really, for this woman. So to change people's minds and to let them into a life that they maybe wouldn't have understood themselves initially is, I think, a massive achievement. 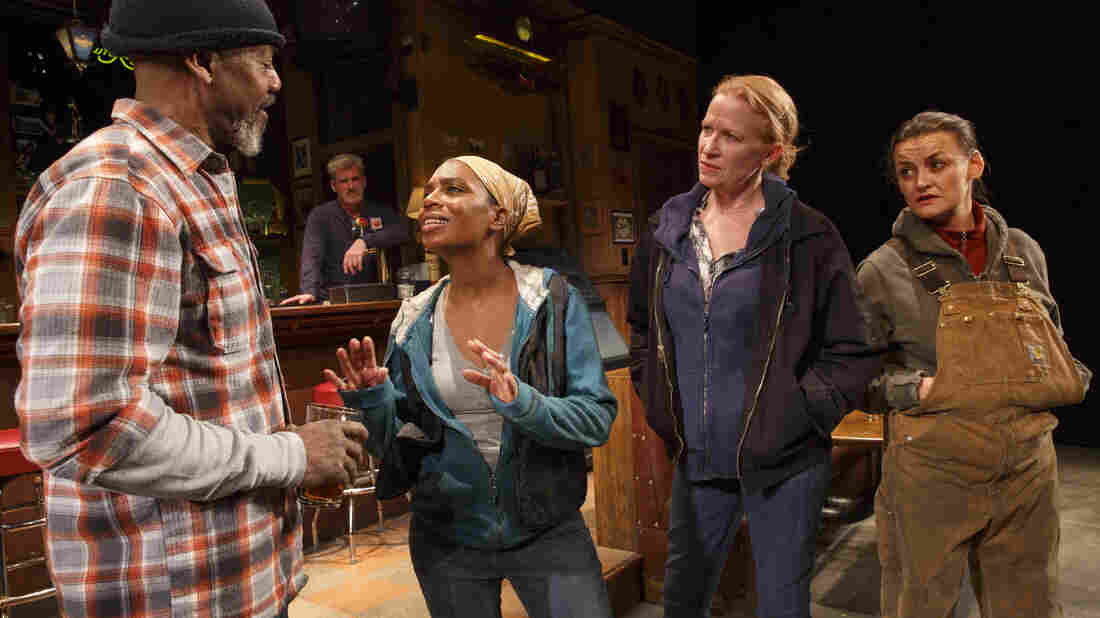 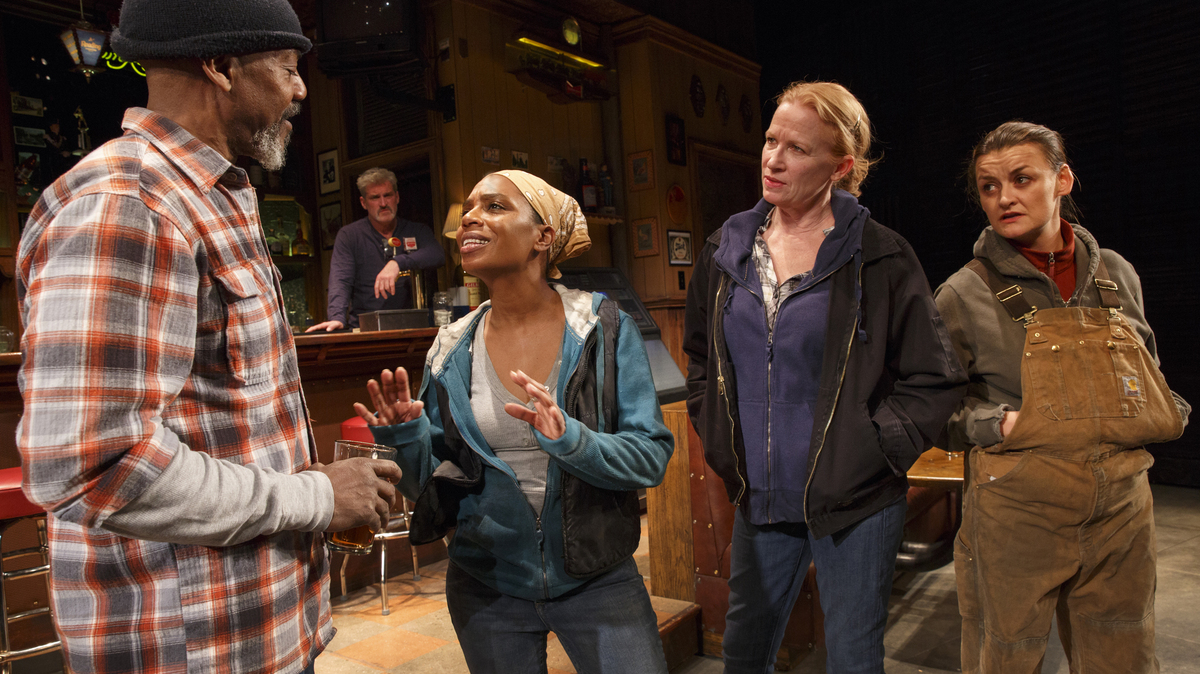 In Sweat, Wright (far right) plays Jessie, a woman who has worked in a factory for 25 years. (Also pictured, left to right: John Earl Jelks, Michelle Wilson and Johanna Day.)

On the play Sweat

Lynn Nottage went to Reading, Pa., and conducted a lot of interviews with teachers, teenagers, parole officers, across the board. And eventually she created the play Sweat. She set it in 2000 and 2008, and really it's about deindustrialization in America and the working-class people who put decades of their lives working in these plants, these American institutions that weren't supposed to go anywhere — where their parents worked and their grandparents worked, generations of families, loyalty and dedication to companies that all of a sudden disappeared and went overseas and took the jobs elsewhere. And whole cities were decapitated, really, in a sense, because their life source was cut off. When everybody in a place works in these factories, you know, what happens when they all go? What happens to these people?

On what made her want to act

On being adopted, which she hasn't spoken publicly about before

You know, it all turned out to be a very positive experience for me. It did come full circle for me. I did make contact with many members of my birth family and we have a great relationship now. It was something that was always a dark cloud hanging over me my whole life and it turned out that it didn't need to be. I did come to get the closure and learn that it was indeed a miracle in my situation. So it was a very positive thing.