Accessibility links
After Health Care Setback, Trump Shifts To Tax Reform President Trump is eager to put the health care debacle behind him and focus on tax reform, but the failure to repeal the Affordable Care Act could handicap that effort. 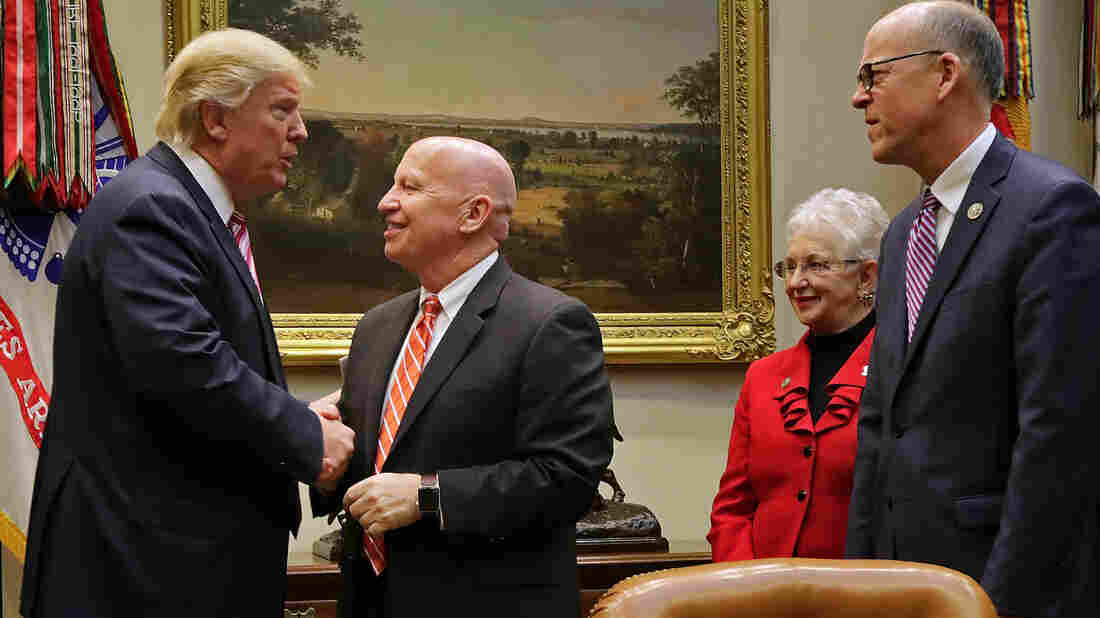 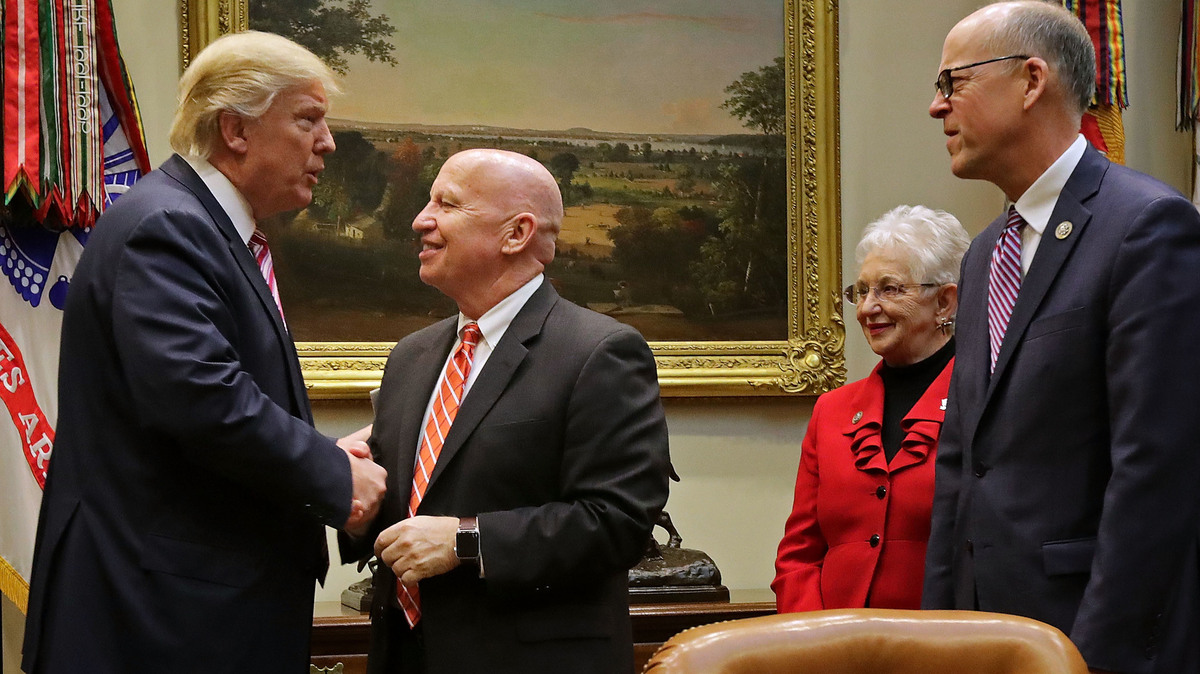 Even as they lick their wounds from a failed Affordable Care Act repeal effort, Republican leaders in Washington are looking ahead to the next battle — over taxes.

"I would say that we will probably start going very, very strongly for the big tax cuts and tax reform," President Trump told reporters Friday. "That will be next."

Republican House Speaker Paul Ryan agreed, though he conceded that the defeat on health care was a setback.

"This does make tax reform more difficult," Ryan said. "But it does not in any way make it impossible."

The challenges are both political and procedural.

Republicans had hoped success in their long-held goal of repealing the Affordable Care Act, also known as Obamacare, would generate momentum and team spirit that would carry over into other fights. Instead, they're saddled with an embarrassing failure — and squabbling factions that torpedoed the Obamacare repeal and aren't likely to settle down anytime soon.

"If Trump can't line up support for health care, it's going to be hard to see how he will be able to lead on tax reform," said William Gale, senior fellow at the Brookings Institution and co-director of the Tax Policy Center.

Tax policy is arguably as hard or harder than health care, in terms of juggling all the interest groups, Gale says.

"You need a president to be able to take the argument to the people and basically provide cover for individual legislators who are going to be besieged by constituents and lobbyists who are losing benefits," he says.

The Obamacare repeal bill faltered among some moderate Republicans after forecasters from the nonpartisan Congressional Budget Office predicted it would leave 24 million more Americans uninsured after a decade and raise insurance costs for people in their 50s and 60s. More conservative legislators, including members of the Freedom Caucus, were frustrated the bill didn't fully roll back the Affordable Care Act before building something new.

The measure also would have given a sizeable tax break to people making more than $200,000 a year.

"I don't think you can tie any of these together," White House spokesman Sean Spicer told reporters Friday. "Whether it's immigration or tax reform, there's still a huge appetite out there."

Trump and Ryan agreed during the transition process to tackle health care first, partly for procedural reasons: With both health care and tax reform, Republicans planned to use a legislative tactic known as "budget reconciliation" that prevents Senate Democrats from blocking measures with a filibuster.

Technically, tax reform passed through reconciliation still can't add to the deficit. But there are ways for lawmakers to sidestep that rule, for instance by adopting alternative baselines.

The tax plan Trump proposed during the presidential campaign would balloon the deficit by trillions of dollars, according to forecasters at both the centrist Tax Policy Center and the conservative Tax Foundation. Both groups found that the biggest savings under that plan would go to the wealthiest taxpayers, with the top one percent of earners seeing a 10 to 20 percent boost in their income, while middle-income families would see more modest gains of 1 to 10 percent.