Undergoing treatment for cancer is hard enough by itself. And for many cancer patients who spend most of their time in a hospital, it gets even harder with the loss of basic comforts. The hospital's sterile environment, the fluorescent lights and the disposable gowns do little to make medical treatment more bearable. Nikla Lancksweert, wanted to do a little something to help with that dehumanizing experience, focusing on an alternative for those uncomfortable hospital gowns.

Lancksweert is co-founder of INGA Wellbeing, which creates fashion-conscious clothing for patients. The 41-year-old entrepreneur who's originally from the U.K, lived in Philadelphia for several years before moving to Brussels, Belgium, where she's now based. She named the clothing line, INGA, in honor of her mom, who was diagnosed of ovarian cancer at the age of 52 and then underwent three years of intense medical treatment.

"During this time she often had to put on a hospital gown or sit in her underwear to be examined or treated by strangers," Lancksweert says on her Website. "It was sad and worrying to see how my elegant, capable mother would, almost visibly, shrink. Be diminished. ... Getting her out of the hospital gown and into clothes that looked 'normal' but that really worked became my obsession!"

Lancksweert's mom died on Boxing Day, 2006. And a few years later, Lancksweert got the idea to create the clothing line. She teamed up with former public relations executive, Claire Robinson — whose mom was also a cancer patient — and fashion designer Fiona McGreal and in January this year, they officially launched the full collection of INGA Wellbeing.

INGA Wellbeing offers worldwide shipping and in Belgium and the U.K., the collection is also available via a few specialist online and bricks and mortar retailers. In its short existence, INGA has won awards for health innovation and well-being, among them Henry van de Velde, Janey Loves Platinum and Healthcare Think Tank.

NPR's Lulu Garcia-Navarro spoke with Lancksweert, who endorses the sentiment, "INGA Wellbeing makes it possible to dress 'well' even when unwell," about the motivation behind her brand and how she's helping patients feel more comfortable and dignified fashion-wise as they battle cancer. 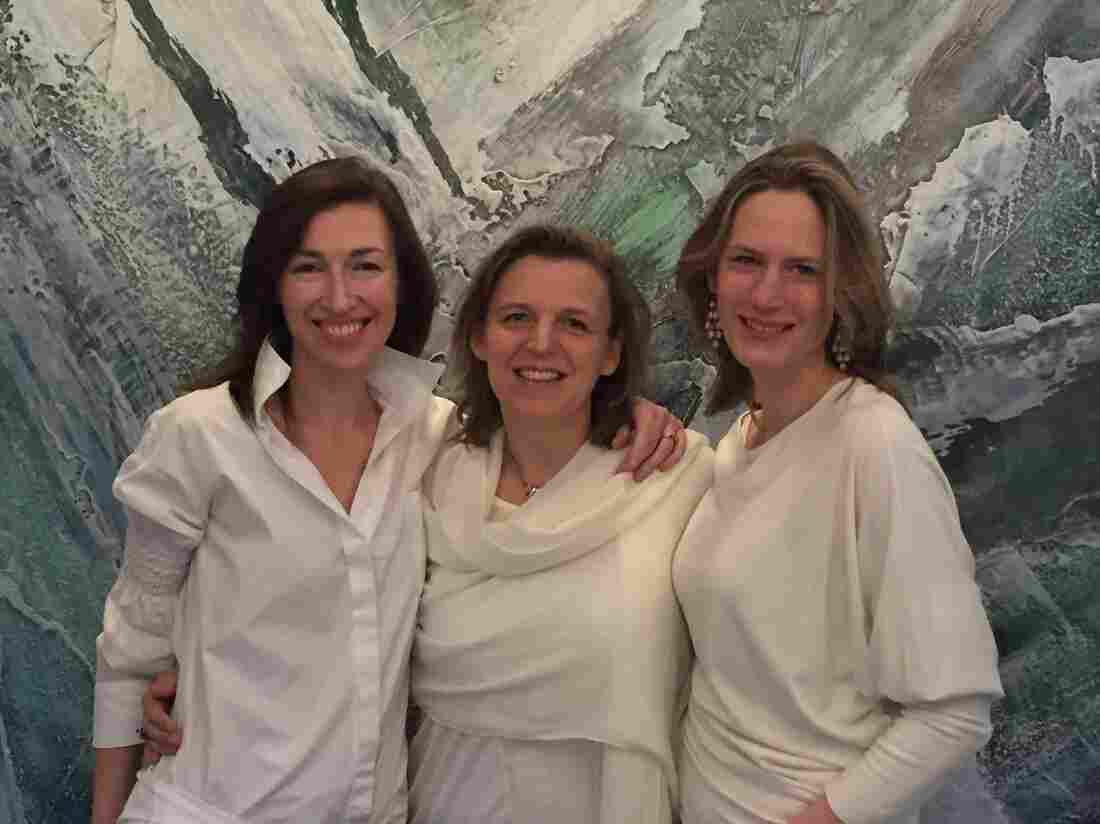 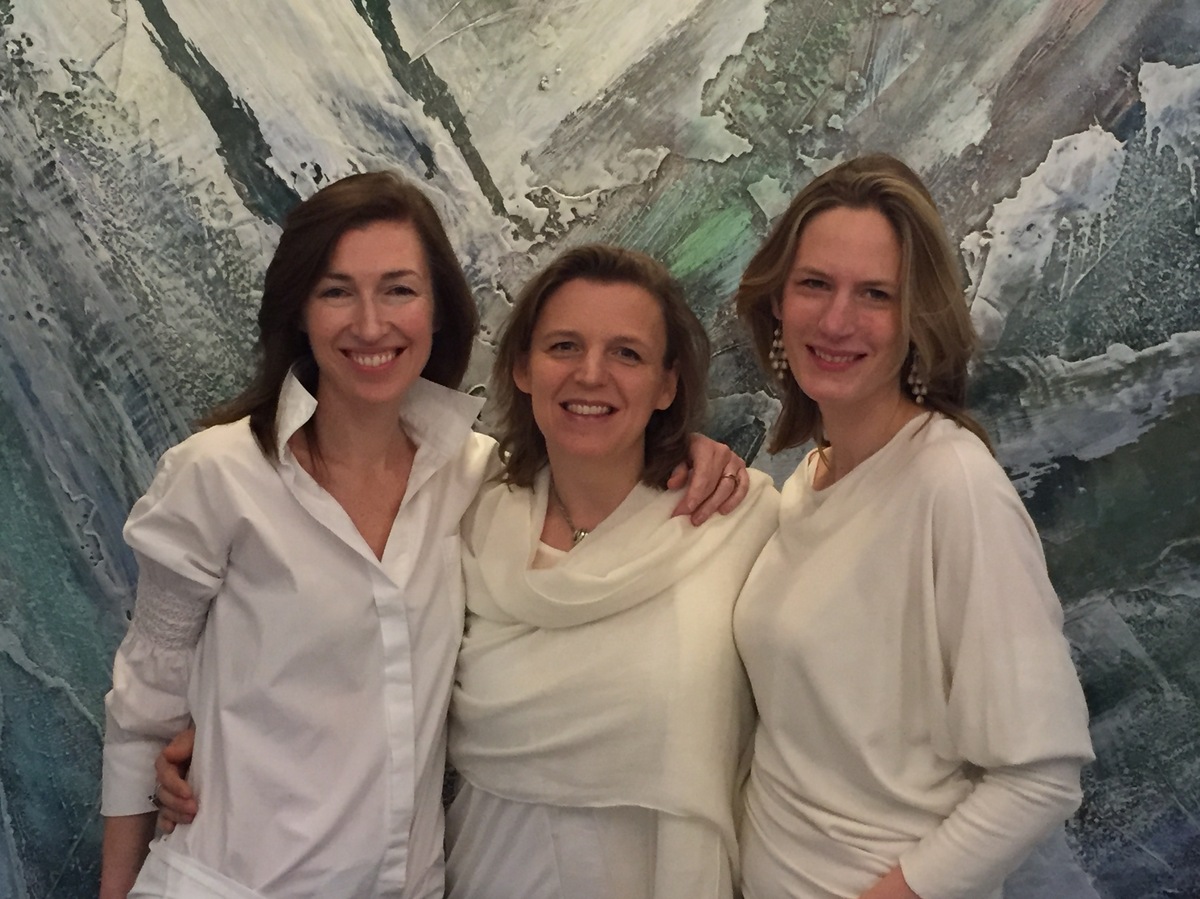 My mother was diagnosed with ovarian cancer when she was just 52 years old and suddenly plunged into the world of hospitals and medical treatment. And it was really notable to see how very quickly she lost her dignity. And it's not intentionally so. Doctors and nurses certainly have every intention of being as respectful as they can of patients. It's just if you're wearing the wrong clothes then you have to be helped to dress and undress. Then you might not want to go for a walk, which means you end up sort of staying in your room and you become sort of institutionalized incredibly quickly.

On how she actually happened to start the clothing line

I was lucky enough to meet Claire Robinson whose own mother had breast cancer and who was experiencing much of the same issues that my mother had gone through. And then we realized that we needed to have somebody with real fashion design skills and not just determination. And so, we were lucky enough to meet Fiona McGreal who wanted to help us come up with a set of designs that really work in hospital but that look completely normal. And that for us was the key thing. ... we wanted to de-stigmatize health.

We worked with nurses to say, "OK, which parts of the body do you need to be able to get to most frequently?" And so we came up with the women, we have a back opening dress, which is actually the closest thing to a hospital gown. But you would never guess it. I've worn it in the playground. I've worn it to the supermarket, often meetings — not having had a chance to change — but it has all that sort of ease of opening in that it opens at the back and it also has openings down the arms and an a very discreet opening to the stomach.

If you feel self-confident and therefore in charge of your medical treatment, then you are much more likely to want to get up and move around and ultimately recover faster and get home faster. This is the psychological element but there's also a very physical aspect of it, which is if you don't do those things if you just stay in bed, there's actually a higher risk of infection and you lose your muscle tone much more quickly, which makes walking ultimately harder. So your hospital stay becomes longer.

I think she would be amazed. I've got nothing to do with the fashion world and I don't think I'm known particularly for being fashionable. But I think she would be amazed. And in fact, Inga was my mother's name but it's only afterwards that I realized — looking it up — that actually means "a hero's daughter." And that's very much how we feel, that this concept is in honor of the heroes in our life. And I hope brings a great deal of comfort and dignity to others and just break this vicious cycle that patients often find themselves in.