Accessibility links
Trump Son-In-Law Jared Kushner To Be Questioned By Senate Intel Panel Over Russia The committee is investigating Russia's meddling in the presidential campaign and possible ties to the Trump team. 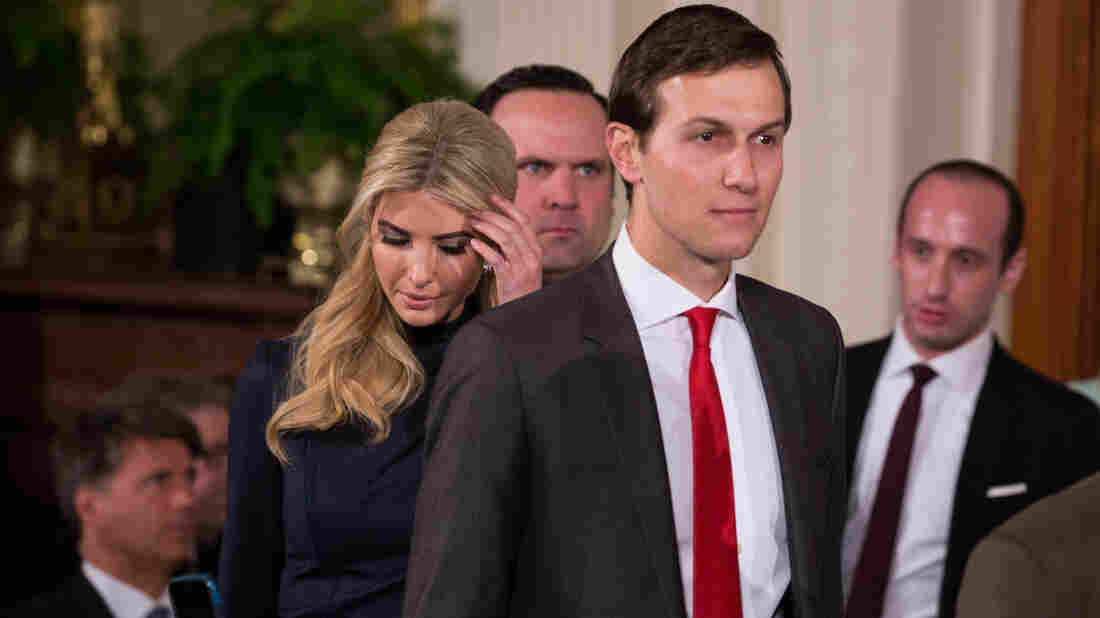 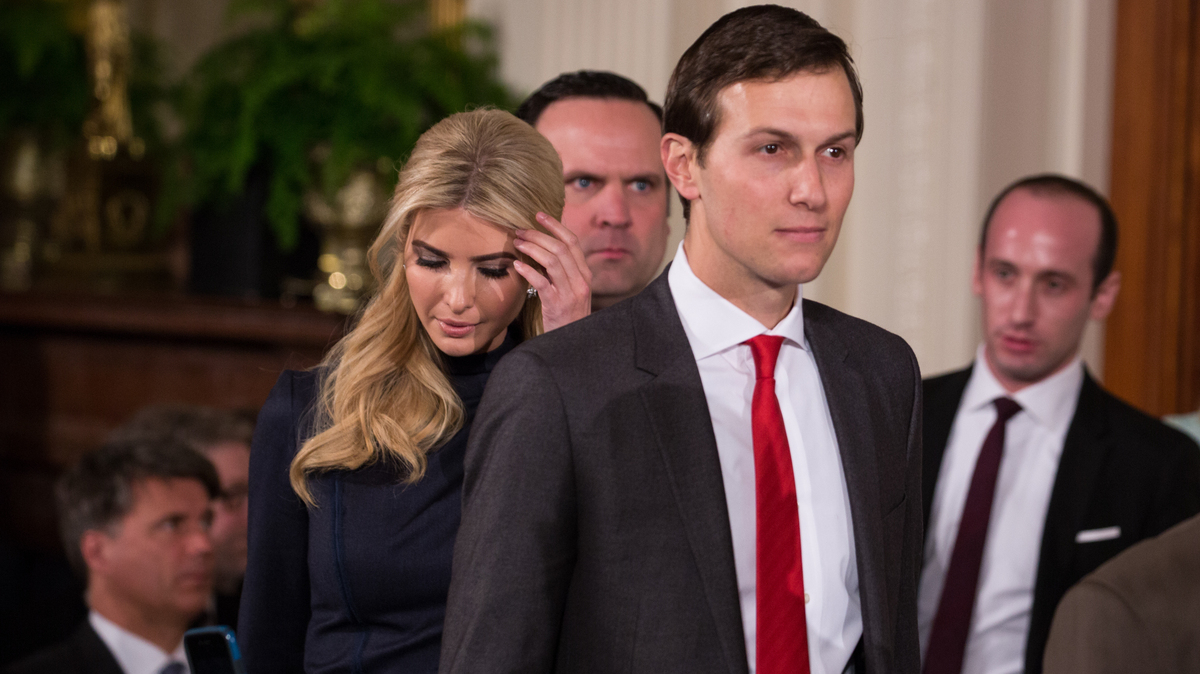 President Trump's son-in-law and adviser Jared Kushner is going to talk to the Senate Intelligence Committee about his meetings with Russian officials, Senate sources tell NPR.

The committee is looking into Russia's attempt to meddle in last year's presidential election, as well as possible ties between Russia and the Trump campaign.

Kushner's appearance before the committee was first reported by The New York Times.

The newspaper reported that Kushner met with Russian ambassador Sergey Kislyak in December at Trump Tower and also with Sergey Gorkov, the head of a Russian bank that is under U.S. sanctions imposed after Russia's annexation of Crimea.

It is unclear when Kushner will appear before the committee or whether the meeting will be open.

A senior White House official tells NPR's Tamara Keith that Kushner volunteered to speak to the panel and notes that he was the official primary point of contact with foreign governments and officials.

White House press secretary Sean Spicer addressed this at Monday's press briefing and contended there was nothing to see here.

"Given the role that he played" as a point of contact with foreign governments for the Trump team, Spicer said, "he met with countless individuals. That was part of his job."

He added, "You're acting as though there's something nefarious about doing what he was actually tasked to do."

Spicer said that it's not every day a person in a senior position volunteers to talk to the Senate Intelligence Committee and that "based on the media frenzy that existed around this, he volunteered to make sure that he said, 'Hey, we made some contacts, I'd be glad to explain them. Let me know if you'd like to talk.' Plain and simple."

The committee is scheduled to hold its first open hearing in its Russia investigation on Thursday with expert witnesses on Russia and cybersecurity.

The revelation about the committee's interest in Kushner comes as the White House was preparing to announce that he'll be in charge of a new White House Office of American Innovation, which the Washington Post reports will be a sort of "SWAT Team of strategic consultants ... staffed by former business executives and ... designed to infuse fresh thinking into Washington."

This is by no means the first time a presidential administration has attempted to rework the Washington bureaucracy.

In recent history, similar efforts were undertaken at least as far back as the Reagan administration, often resulting in thick reports that, more often than not, were quietly shelved.