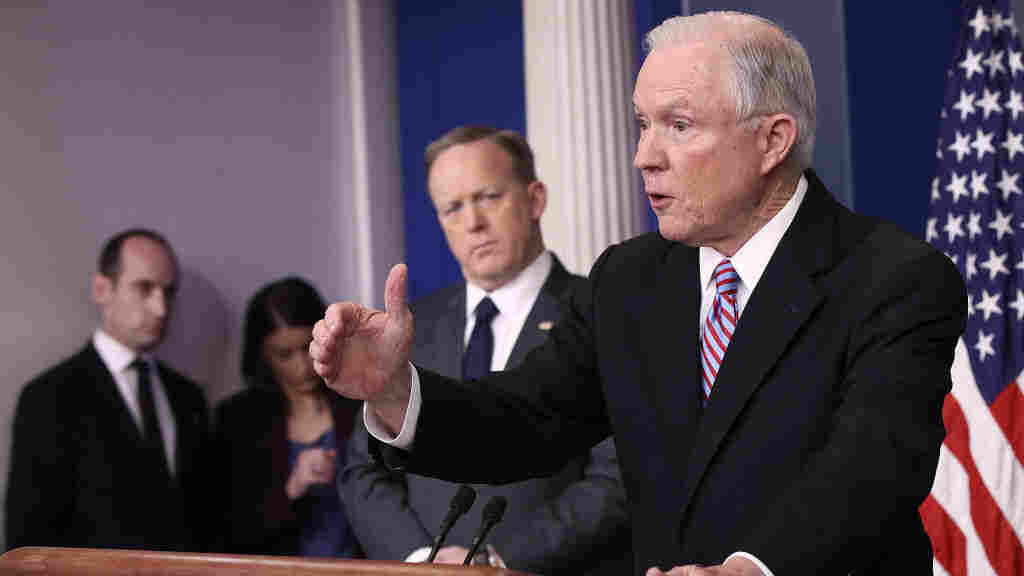 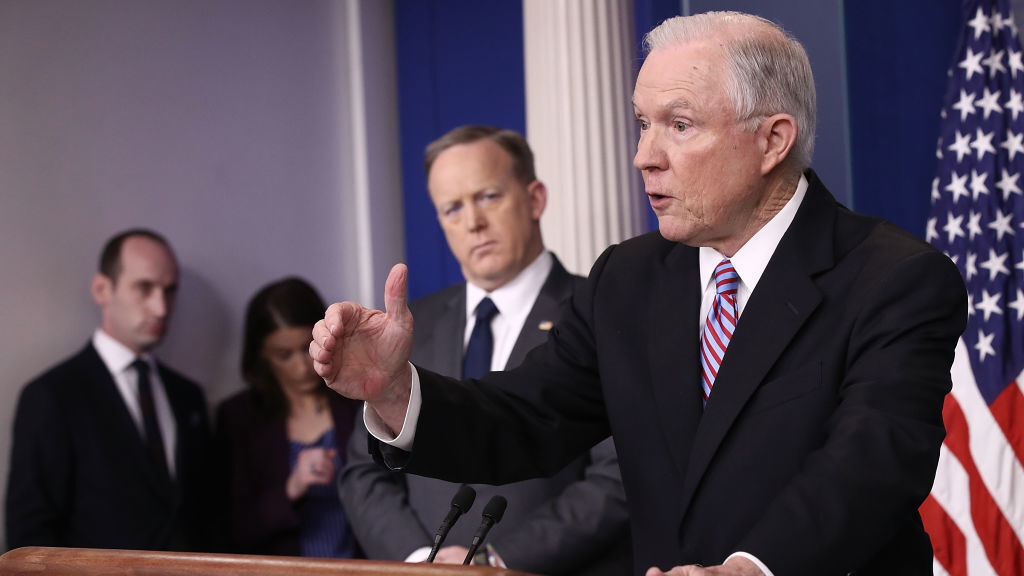 The Justice Department is following through on an executive order to withhold as much as $4.1 billion in federal grants from so-called "sanctuary cities," generally defined as places where local law enforcement limit their cooperation with federal authorities on immigration enforcement.

Attorney General Jeff Sessions' appearance at the daily White House briefing is a signal that President Trump wants to move on to one of the issues he's most comfortable talking about — illegal immigration — and to shift the conversation away from health care, after his failure last week to get the GOP alternative to replace and repeal the Affordable Care Act through Congress.

While there is not a set definition of a "sanctuary" state or city, the Justice Department gives the example of states or cities refusing immigration agents' requests to hold immigrants who came to the country illegally. Immigration and Customs Enforcement has identified 118 such jurisdictions.

"Such policies cannot continue," Sessions said in Monday's briefing. "They make our nation less safe by putting dangerous criminals back on our streets."

Sessions said that in order to receive federal funds, state and local jurisdictions must certify they are complying with federal immigration laws. In addition, Sessions said that the Justice Department will take steps to "claw back" grants already awarded to noncompliant cities as well.

The announcement is in line with a January executive order that Trump signed shortly after taking office that directed the attorney general and the Homeland Security secretary to withhold such federal funds.

Several major cities could be affected by the Justice Departments' threat, including New York City, Chicago, Los Angeles, San Francisco and Washington, D.C. After Trump's elections, mayors in those cities reaffirmed their status as sanctuary cities. After president's executive order on the issue, San Francisco sued the Trump administration over the orders, saying they violated the city's sovereignty under the 10th Amendment.

Sessions on Monday pointed to crimes allegedly perpetrated by immigrants who came to the U.S. illegally as a prime reason to enforce such policies, and argued that cities who fail to do so are putting their citizens at risk.

"DUIs, assaults, burglaries, drug crimes, gang crimes, rapes, crimes against children and murders," the attorney general said. "Countless Americans would be alive today — and countless loved ones would not be grieving today — if the policies of these sanctuary jurisdictions were ended."

As the New York Times has reported, a number of studies "have concluded that immigrants are less likely to commit crimes than people born in the United States. And experts say the available evidence does not support the idea that undocumented immigrants commit a disproportionate share of crime."

Trump has campaigned with families whose loved ones were victims of crimes by immigrants, featuring speakers at the Republican National Convention and inviting several to his joint address to Congress last month.

Opponents of such crackdowns on sanctuary cities say the order undermines the ability of localities to build trust with its citizens and protect them appropriately.

"Pressuring local law enforcement to take on immigration responsibilities undercuts the very oath they take to 'serve and protect' the entirety of their community," Ali Noorani, executive director of the National Immigration Forum, told NPR after Trump's January executive order. "Smart law enforcement is built on intelligence gathering and trust, which are dramatically undermined once the cop on the corner is asking victims of crime about their immigration status."