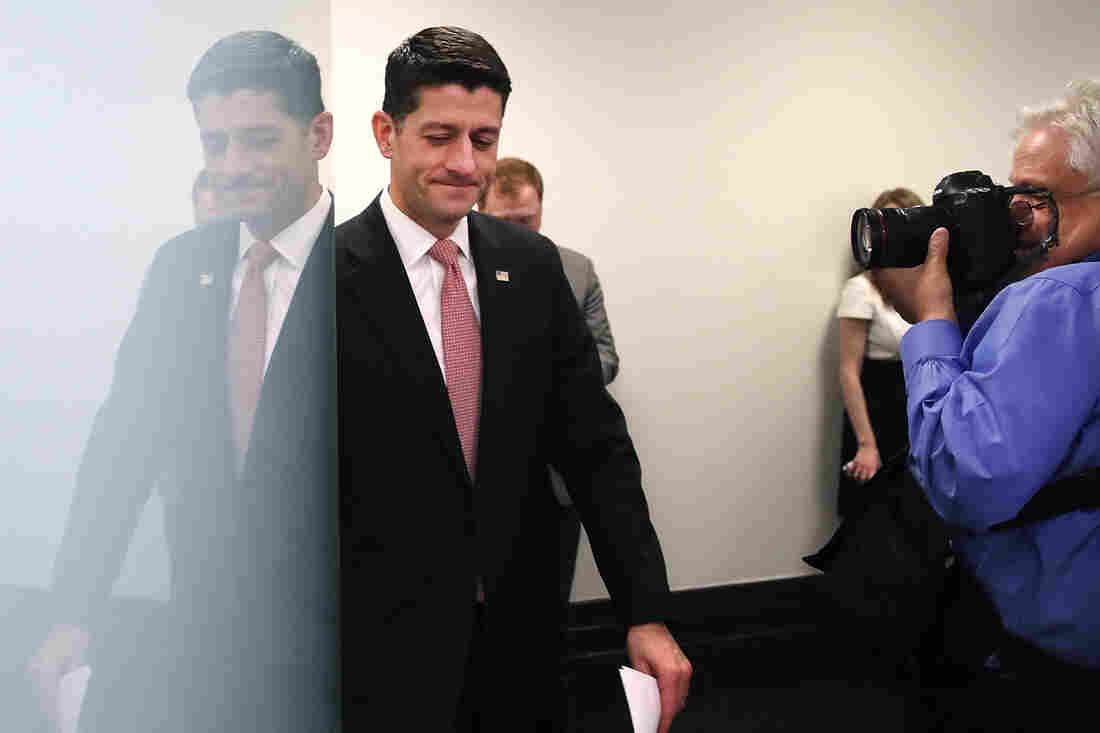 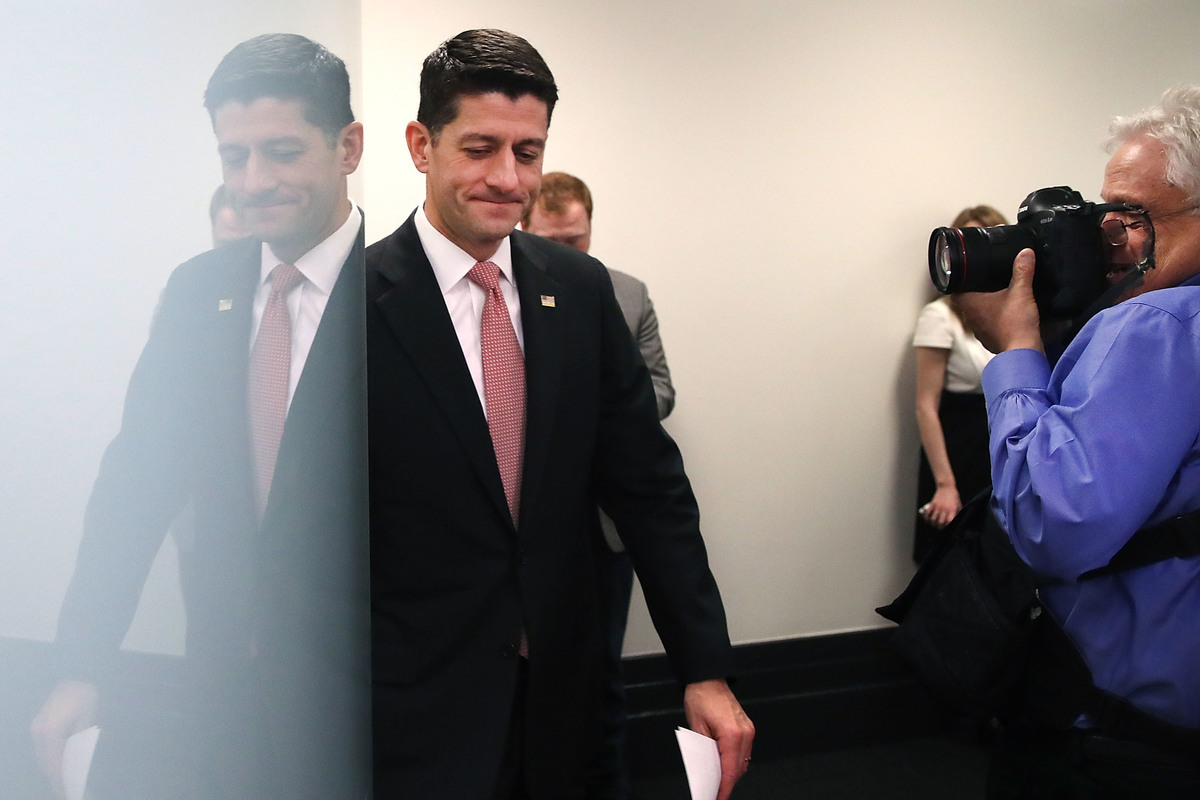 House Republicans emerged from a members-only meeting Tuesday morning to bullishly declare the health care legislative battle is not over.

"We promised that we would repeal and replace Obamacare, and that's exactly what we're going to do," House Majority Leader Kevin McCarthy, R-Calif., told reporters after the meeting.

The regular House GOP weekly meeting ran unusually long and lawmakers kicked staff out so they could vent properly after Friday's demoralizing setback. House Speaker Paul Ryan, R-Wis., decided to pull the American Health Care Act, the GOP's alternative to Obamacare, from a scheduled floor vote after it became clear it did not have the support to pass the House.

President Trump signed off on that decision, and the president declared he was moving on from health care to focus on his bigger priority, reforming the federal tax code.

But after a weekend of bruising headlines about the GOP's failures to deliver on their signature campaign pledge in the previous four elections, Republicans are walking back their admission that the health care battle is over.

"I don't really believe anyone is going to quit," said Rep. Scott DesJarlais, R-Tenn., "I think we'll do it until we get it done." DesJarlais is a member of the House Freedom Caucus, a 30-something member group of hard-line conservatives whose opposition to the health care bill helped defeat it.

DesJarlais says the Freedom Caucus members are reaching out to different factions of lawmakers to try to find a path forward. "The point is to get these groups together and find out where a compromise would be to make this happen," he said. 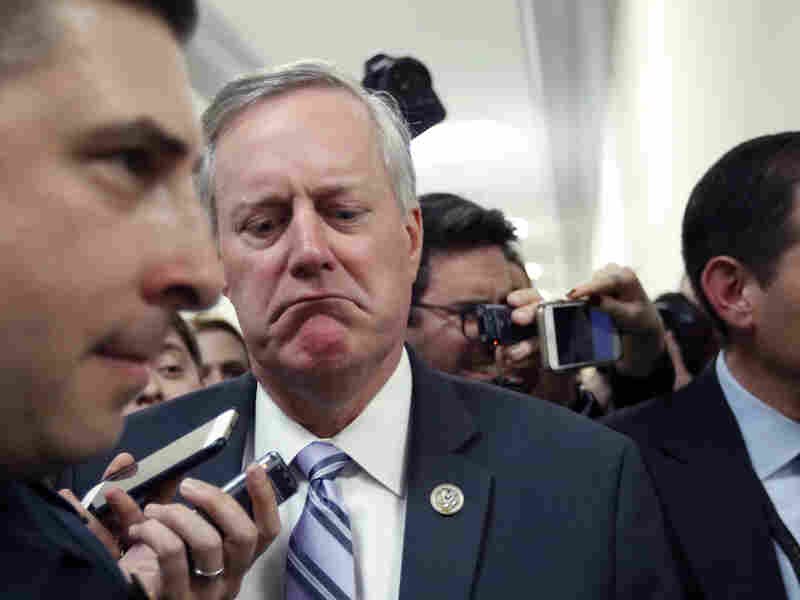 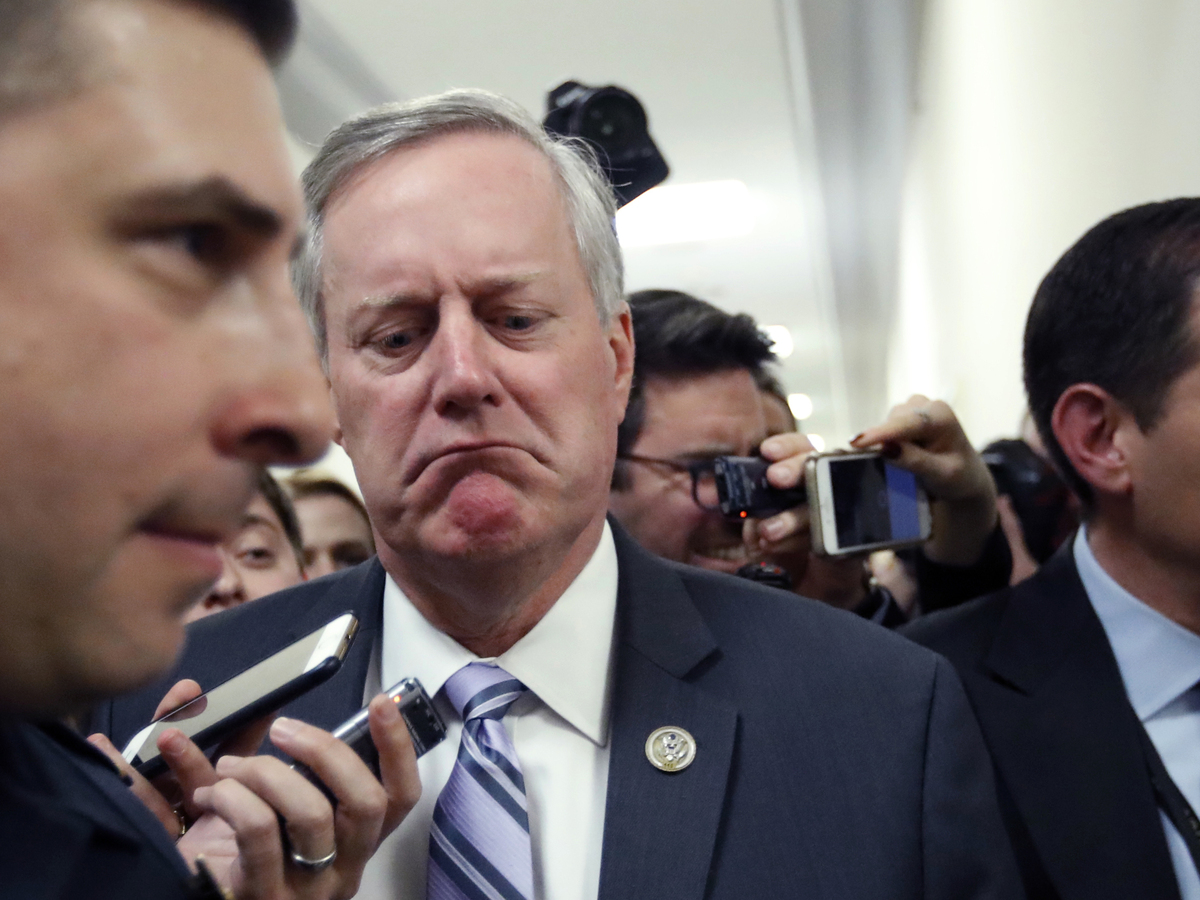 Freedom Caucus chairman Rep. Mark Meadows, R-N.C., said he wanted lawmakers to delay a planned upcoming two-week April recess to work on the bill. "I don't think we need to go home until we get the solution done," he said, adding that he spoke Monday to Health and Human Services Secretary Tom Price, and that he had some specific changes in mind. "Obviously we do, but we're not going to discuss those (publicly)," Meadows said. "We're looking at all kinds of options to get to 'yes.'"

On Friday, Ryan declared Obamacare "the law of the land" for the foreseeable future. On Tuesday, he suggested Republicans weren't giving up.

"The way I would describe the meeting we just had with our members is we are going to work together and listen together until we get this right," he said, adding a caution: "And in the meantime, we're going to do all of our other work that we came here to do."

House Republicans' optimism that they could find a GOP-based solution to health care is undercut by comments this week by the White House and Senate Republicans who say any future health care legislation will likely require Democratic support — a tacit acknowledgement that repealing Obamacare is off the table.

"Starting Friday afternoon through late yesterday, (the president) received a number of calls, as well as other members of the senior staff that had been working on health care, from members of both sides saying that they would like to work together, offer up ideas, and had suggestions about how to come to resolution on this and get to a House vote on this," Spicer said.

Senate Majority Whip John Cornyn, R-Texas, likewise told the Associated Press that it was time for Congress to try a new legislative approach on health care. "I don't think we can give up," Cornyn said, "But it's clear it needs to be done on a bipartisan basis."

House Minority Leader Nancy Pelosi, D-Calif., sent a letter to House Democrats requesting input for legislation that aimed at "improving" the Affordable Care Act. "We can then discuss these suggestions in our caucus and be prepared at the earliest possible time to go forward," she wrote. "It would be my hope to create a list of priorities to engage with our colleagues, with social media and advocacy groups, and perhaps even with the president."

While some House Republicans remain focused on "repeal and replace," a new conversation in Congress is starting on a different 'R' word when it comes to Obamacare: repair.