Accessibility links
Reality Check On Trump Calling For Bipartisanship On Health Care The president told a bipartisan group of senators that there will be a deal on health care. "It's such an easy one," he said, adding that it will "happen very quickly." But it's hardly that easy. 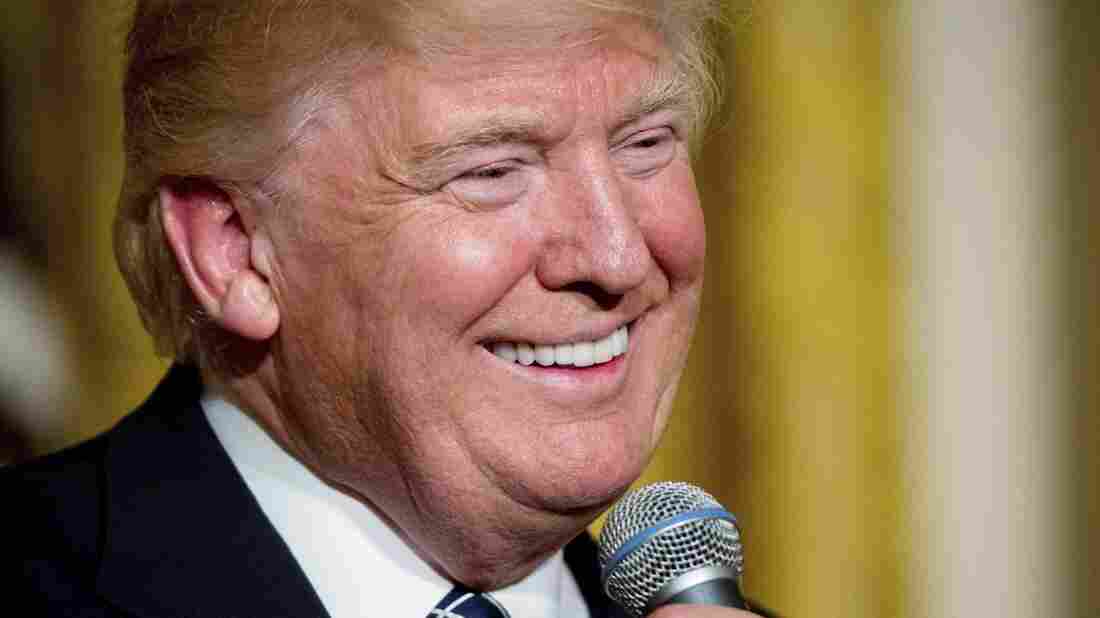 President Trump speaks at a reception for senators and their spouses in the East Room of the White House on Tuesday. Andrew Harnik/AP hide caption 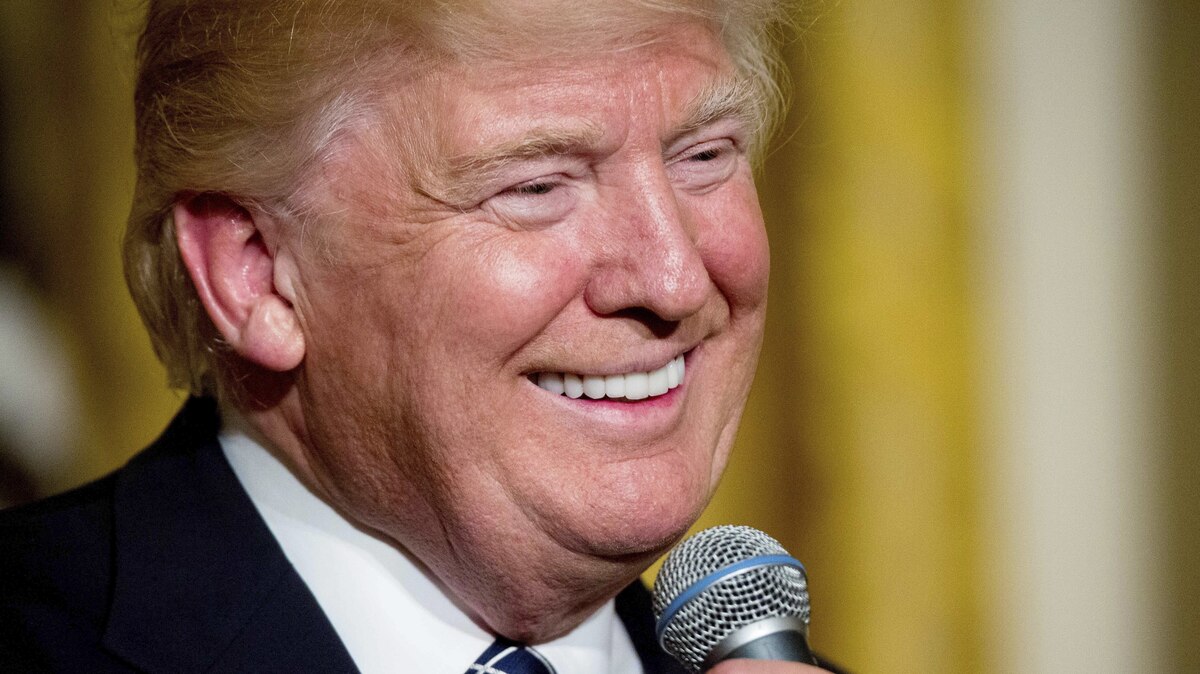 President Trump speaks at a reception for senators and their spouses in the East Room of the White House on Tuesday.

The fallout from Friday's Republican health care bill collapse is still trying to be understood.

Right after the bill was pulled, President Trump teased that he wanted to work with Democrats and believed a bipartisan bill would be possible.

But it wasn't clear if that was just talk. On Tuesday night, he may have taken the first step to trying to reach across the aisle.

"I know that we're all going to make a deal on health care, that's such an easy one," Trump told a bipartisan group of senators gathered at the White House. "I have no doubt that's going to happen very quickly."

Speed is relative. The Trump-Paul Ryan health care bill was fast-tracked and collapsed in 17 days. It took President Obama more than a year to pass the Affordable Care Act, with more members of his own party in the Senate than Republicans have now.

"We have all been promising it — Democrat, Republican — to the public," Trump said Tuesday night.

That's the rub for Republicans. Health care has been one of the most hotly partisan issues of the past decade. It has been the issue that has animated Republican opposition to Obama. The prospect of repealing and replacing Obamacare has been so critical to Republican success, it is arguably responsible for hollowing out the Democratic Party.

Obama's focus on instituting the law gave the Tea Party a clear focus.

"What brought everything together was the Obamacare idea, which contains every odiferous objection," Mark Williams of Tea Party Express told CNN in August of 2009.

It was a staple of every Tea Party rally through that election cycle, so it is unlikely the GOP base shrugs its collective shoulders and moves on the way Trump promised to do Thursday and Friday — and wait for Obamacare to "explode."

Waiting for the law to fall apart puts Republicans in a terrible bind. Trump could get it left, right and center. If the Trump administration doesn't work as hard as it can to implement and administer the law, and you start seeing reporting from unnamed career officials verifying that, it very well could mean the Trump administration is blamed for harming real people's lives.

That would enrage not just Democrats, but independents and some Republicans.

If the Trump administration does administer the law the way the Obama administration did, the GOP base would likely be enraged, especially without a repeal-and-replace option. Is this what they voted for all these years?

"We are going to be doing a great job," Trump added in his remarks to senators Tuesday night. "Hopefully it will start being bipartisan, because everybody really wants the same thing. We want greatness for this country that we love."

But there is little muscle memory for anything bipartisan with this Congress. And there are challenges.

Democrats may be open to it, but Senate Minority Leader Chuck Schumer said only if repeal is off the table. Would Republicans in Congress be OK with that? Maybe some, but it's unlikely — and could cost Ryan his job as speaker if he doesn't have the majority of his conference and winds up working with Democrats.

Plus, congressional Republicans viewed Trump's election as their chance, finally, to enact sweeping changes with traditional Republican agenda items. They won't give that up easily.

NPR's Susan Davis noted Tuesday that congressional Republicans are insisting they are closer now to passing health care than they were Friday and aren't giving up, reversing course on the tone Ryan took Friday that Obamacare is now "the law of the land." But, as Davis put it:

"House Republicans' optimism that they could find a GOP-based solution to health care is undercut by comments this week by the White House and Senate Republicans who say any future health care legislation will likely require Democratic support — a tacit acknowledgement that repealing Obamacare is off the table."

Will Trump really force their hand on "repair"? So far, there's no real evidence of that. His whole presidency to this point has been bold appeals to his base, not reaching across the aisle.

What's more, would rank-and-file Republican voters be OK with it? They'd be skeptical, and it'd be up to Trump to make the sale — something he didn't do the first go-round with health care.

"Bipartisanship" is just an idea at this point. There is no discernible White House strategy for getting a bill through right now, and no evidence to suggest his team could shepherd it through.

Trump took a first step Tuesday night. He acknowledged Schumer, whom he hasn't spoken with since shortly after the inauguration.

"I think we are going to have some very good relationships — right, Chuck?" Trump said. "I see Chuck. Hello, Chuck."

But, as the health care failure showed, legislating is a lot harder than talking.