Accessibility links
Canadians Report More Scrutiny And Rejection At U.S. Border Checkpoints Immigration lawyers say they've seen a spike in the number of Canadians turned back at the U.S. border since January. But federal officials insist that no policies have changed on the American side. 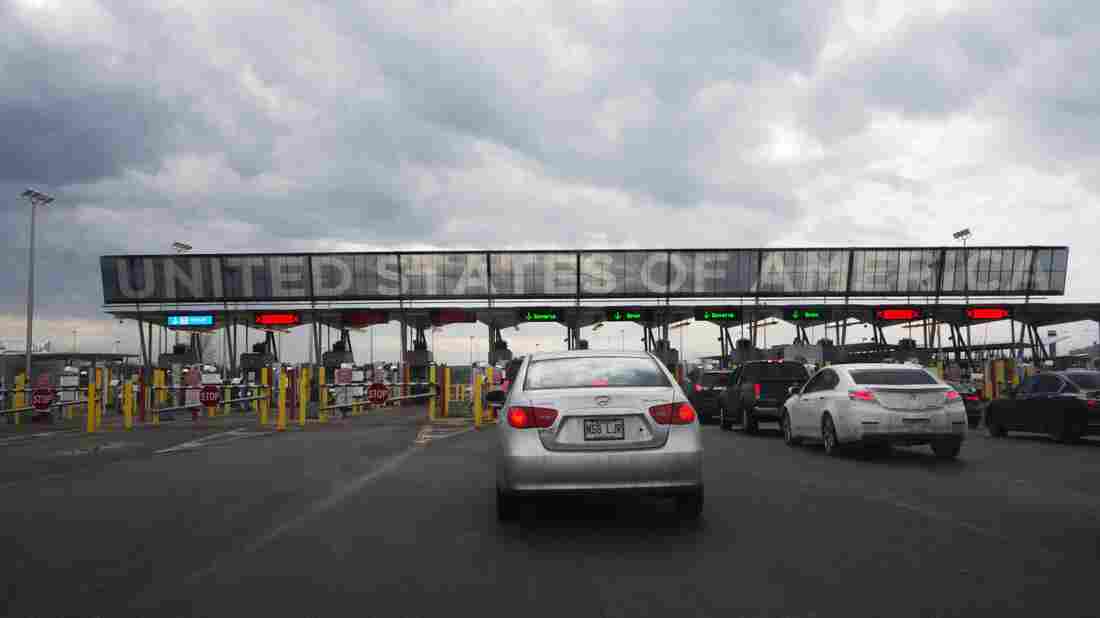 Cars line up to cross into the U.S. at the Canadian border on Feb. 25, in Saint-Bernard-de-Lacolle, Quebec. Don Emmert/AFP/Getty Images hide caption 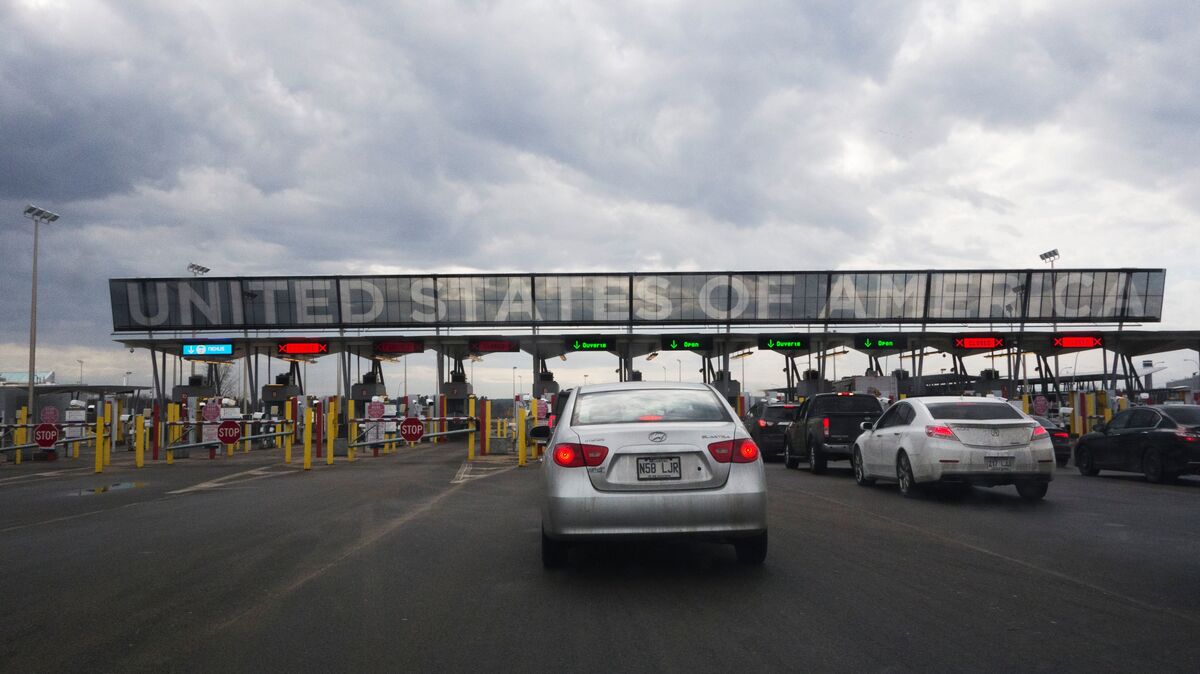 Cars line up to cross into the U.S. at the Canadian border on Feb. 25, in Saint-Bernard-de-Lacolle, Quebec.

Church volunteers on their way from Ontario to New Jersey were stopped at the U.S.-Canada border and turned away.

So were Canadian nurses who work at a hospital in Detroit.

Scores of Canadians say they've been refused entry at U.S. border checkpoints in recent weeks, and their stories have gotten a lot of attention.

At 4,000 miles, the U.S.-Canada line is the longest unprotected land border in the world, and it's relatively easy for Canadians to visit the U.S.; most don't require visas.

But immigration lawyers on both sides of the border say officers from U.S. Customs and Border Protection, or CBP, have gotten more aggressive in their questioning of Canadian citizens, and about who they're letting into the country, since President Trump took office.

"Definitely things have changed on the northern border," said Heather Segal, an immigration attorney in Toronto. She said CBP agents are "denying people, erring on the side of denial, slowing people down and preventing people from getting into the United States ... with this notion by CBP that this is how they're supposed to be behaving right now."

A CBP spokeswoman declined to comment on individual cases. She did note that officers have broad discretion in deciding who gets to cross the border.

Thomas Winkowski, a former acting commissioner of CBP, says concerns about the incidents stemming from the new Trump administration may be overblown.

"It's business as usual in many regards up on the northern border," Winkowski says. "When you have an incident that happens, people start saying, 'Hey this is a result of the administration,' when in fact, it really isn't."

Some aren't taking any chances, including the Girl Guides of Canada, the equivalent of the Girl Scouts. They've cancelled field trips to the U.S. So have several school districts, including Toronto's, because school officials say they don't want to deal with students being rejected at the border.

Homeland Security Secretary John Kelly was asked about those concerns at a press conference this week in Detroit.

"If they're in Canada legally, and they have the proper paperwork, they don't have to worry about anything," Kelly said. "I don't get it. But it's their business. And if they feel that way, that's their loss, I guess."

CBP officials say a tiny percentage of Canadians are rejected at the border. Out of 13 million visitors since October, an agency spokeswoman said, fewer than 7,000 were turned back.

Segal, the immigration attorney, says that's partly because fewer Canadians are visiting the U.S. in the first place. "It's so difficult to navigate the entrance that it creates a chilling effect — whether intended or unintended," she says.

"Why is this happening to me?"

Earlier this month Bill McLevin and his wife were stopped on their way from Calgary, Alberta, to Phoenix, where McLevin's brother-in-law owns a condo. It's a trip McLevin says he's made many times before.

But this time, CBP officers asked him a question they hadn't before: Do you have a criminal record?

Turns out that 45 years ago McLevin, who is now 66, was arrested for selling a psychedelic drug to undercover police. McLevin insists he was not a drug dealer, and that the incident was a one-time mistake. He served six months in prison, and says the Canadian government pardoned him more than 30 years ago.

"They treated me like I was criminal right off the bat again, like it just happened yesterday," McLevin said. "They mug shot me, they fingerprinted me. I was in a room that was glass on all sides, and everybody in the waiting room could see this happening. It was embarrassing."

CBP officers wouldn't let McLevin into the country, and added him to their database. They told him he shouldn't try to enter the U.S. again without a special waiver that costs hundreds of dollars.

Others, like the nurses who work in Detroit, were told they had the wrong work visas. The confusion has since been cleared up. But the church volunteers never made it to the Jersey Shore, where they were planning to help Hurricane Sandy victims who are still rebuilding their homes.

Then there's the story of Manpreet Kooner, who lives in Montreal. She said she was stopped at the U.S. border this month and told she had to have a visa to enter. Kooner says she's a law-abiding citizen of Canada, so there's no apparent reason she needs one to visit as a tourist.

"Honestly, I wanted to just go to Vermont with my girlfriends for like a day getaway," Kooner said in an interview with the Canadian TV network Global News.

"I've asked the officers, 'Why is this happening to me?' " Kooner told Global News. "And nobody can give me an answer. They tell me that they're not entitled to tell me."