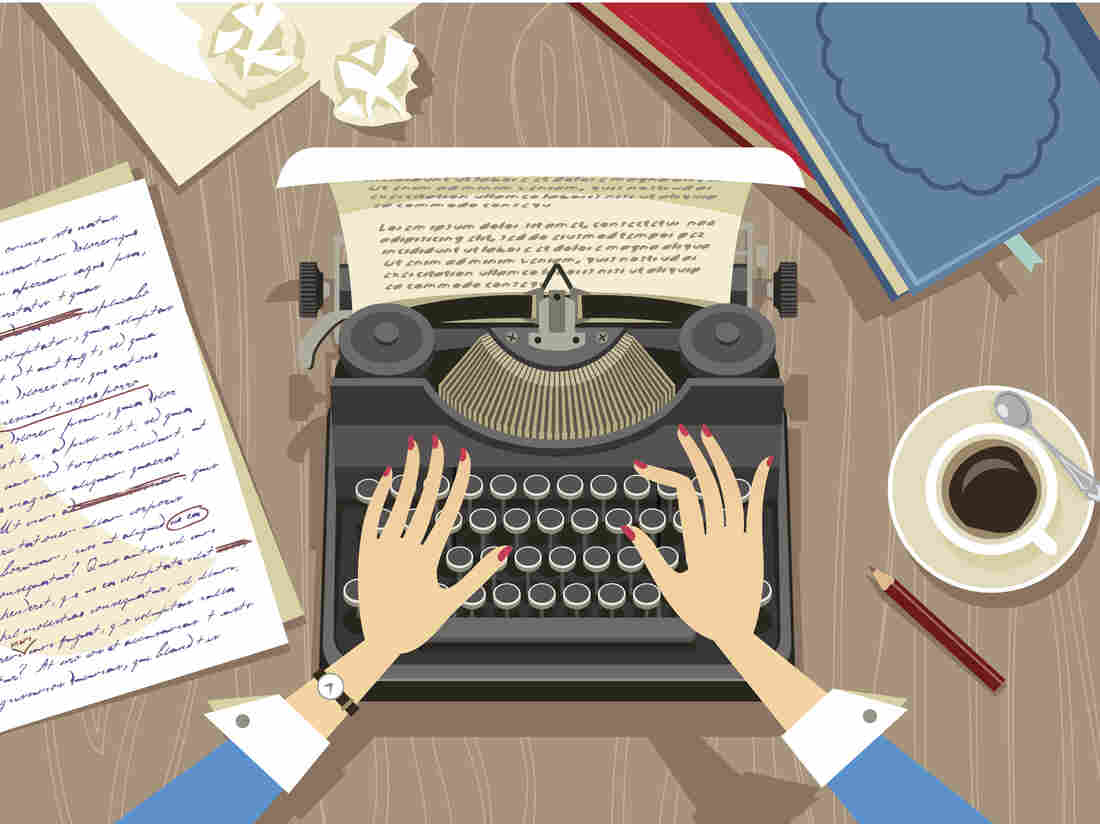 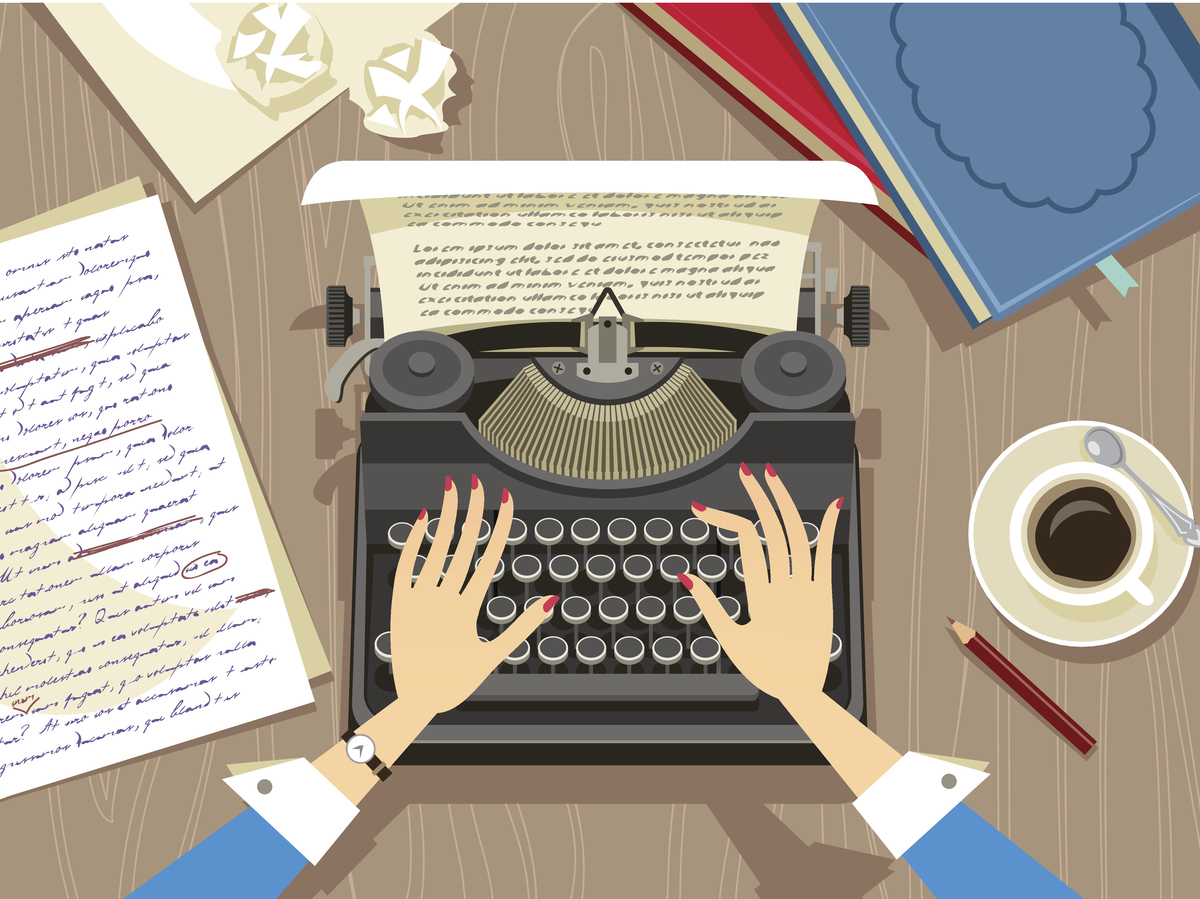 #ThanksForTyping began a conversation on the uncredited female labor in academia.

They're called "my wife," and it seems they've done it all: typed, transcribed and even researched for their scholar husbands.

And, through a hashtag that started last weekend, their work also started a conversation on the uncredited female labor in academia.

#ThanksForTyping began making its mark on Saturday morning as Bruce Holsinger sat at a Starbucks, waiting for his son to finish his soccer tournament. The English professor was speaking with some colleagues over Twitter about housewives assisting their scholar husbands.

From that, the fiction writer and literary scholar at the University of Virginia thought about acknowledgment pages, where he'd often seen husbands thanking their wives for typing up their manuscripts.

And then, he says, something in his mind sparked. He went to Google Books, took screenshots of these thank-you's and posted them to Twitter, adding some snark, as he says, in the process.

A peek at an archive of women's academic labor: wives thanked for typing their husbands' manuscripts. 1/5 #ThanksForTyping @TheMedievalDrK pic.twitter.com/yAf03lsweg

This one is AMAZING. "My wife" did his paleography for him: transcribed, edited, and corrected from 16th-c. editions. #ThanksForTyping pic.twitter.com/w0Lk0knfDa

"I put the kind of slightly sarcastic #ThanksForTyping along with a maybe cynical comment or two about women being anonymous or unrecognized or, you know, unnamed in their husbands' work," he says.

And from there, Holsinger says, #ThanksForTyping took off, adding a layer of conversation about social and political implications to his tweets.

you get the sense from this hashtag most older academic books shouldn't be reprinted without crediting wives as second authors https://t.co/qxFDG461rl

"A number of the responses that came in talked about the politics of academic labor and writing, the role of women as collaborators, often even unacknowledged co-authors of academic work," he says.

But what really struck him was the breadth of contributions of these unnamed wives.

Kathleen Kennedy, an associate professor of English at Penn State-Brandywine, says people found it shocking that the women thanked for their labor were much more than typists, which already could be considered a hefty job. They were translators, editors, proofreaders and copy editors, she says.

She is petite and she calculated the stack of her work typed by hand. It = Hamilton's famous code.+ #ThanksForTyping https://t.co/L8Ah3A1oA3

"We know how many different jobs that is," she says. "Those are individual job categories, and it was all being held down by one woman who also was tasked with getting dinner ready. And that's an extraordinary thing, and I think it's a good reminder of how far we've come and also hopefully how far we have yet to go."

Though many of the examples used in the hashtag were screenshots found on Google Books, Kennedy says there are examples of a lack of acknowledgment given by famous writers.

She said even the blind 17th-century English poet John Milton is said to have dictated verses from Paradise Lost to his daughters, who then wrote them down.

"He did need a secretary," Kennedy says. "So he chose his daughters."

The hashtag struck a familiar chord with Anne Bornschein, a lecturer in French at the University of Pennsylvania, who'd seen examples like these before in the course of her research.

#ThanksForTyping is making me reflect on productivity norms in academia. The generations that set precedent had more access to unpaid help.

"Everybody has seen a book with a preface or acknowledgments that contain something along these lines, you know, 'Thanks to my wife for doing the typing, doing the editing or doing the indexing for doing this kind of work,' " she says. "But to see them all put together like that, it really did create a picture for me of 20th century scholarship. It was very striking for me."

Bornschein says she began to think how much is expected of current scholars.

"I thought about how that tendency back in the '50s, '60s, '70s and to an extent, to this day, has helped shape expectations about how much work is expected of a scholar," she says. "And then how much invisible labor is behind that expectation."

But for a topic that some found infuriating, Bornschein says she was heartened "to see how it has really got a lot of people to engage on the question of female work in academia and how it's been trivialized, minimized, erased." It's an important acknowledgment for the academic community to make, she says.

Kennedy says the conversation sparked on Twitter was not about blaming men, but about reminding people that there is still "equity work" left to do.

"It's just worth asking these questions and maybe being a little more active in our thank-you's to people that do a wide range of underappreciated work that helps us do our jobs," she says.