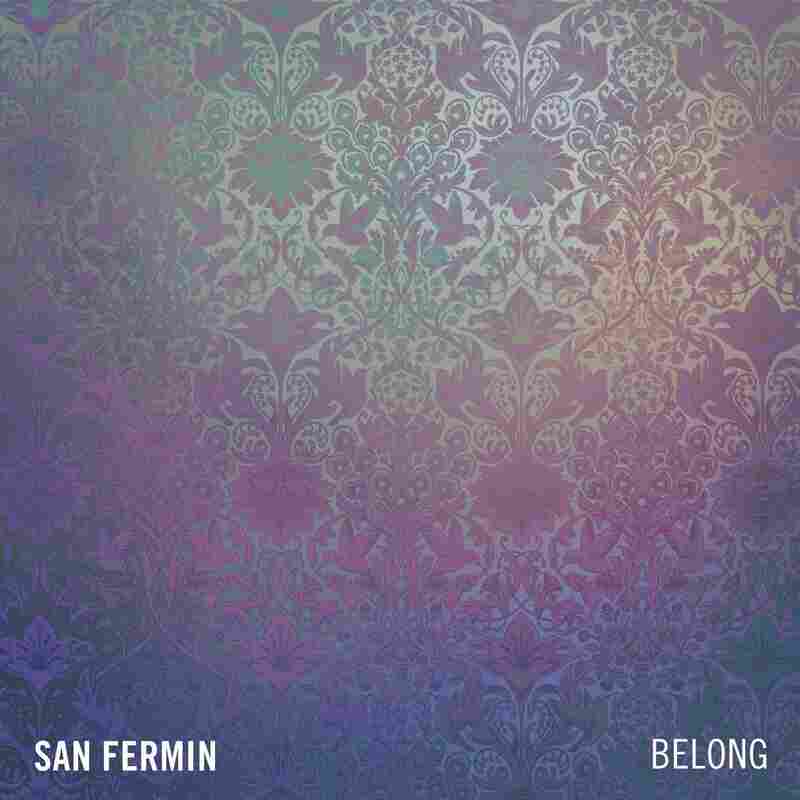 San Fermin was conceived as a vehicle for the chamber-pop compositions of Ellis Ludwig-Leone, whose flair for ornate arrangements helped make the band's 2013 debut a complex and intoxicating concoction. On that self-titled record, the mouthpieces for Ludwig-Leone's vision — singer Allen Tate, plus Holly Laessig and Jess Wolfe of the band Lucius — helped give San Fermin's sound a broad emotional palette. But in the years since, Ludwig-Leone has presided over a big band that's grown grander and more ambitious in every phase of its sound.

For Belong, San Fermin's third album, the lineup continues to evolve: Tate has remained a constant, while Lucius has long since departed, replaced first by Rae Cassidy and then by Charlene Kaye. But the sound has bloomed to accommodate songs that build and build until they threaten to buckle under the weight of their strings, horns, voices, beats and seemingly freeform cacophony. Gone are the painstakingly arranged, studio-bound classical flourishes of San Fermin's debut. Particularly in the album's busy opening half, listening to Belong is like opening a fire hydrant that sprays big, bold sounds and ideas.

These can take many forms. Ludwig-Leone was classically trained, and Belong reflects his commitment to maximizing the musicianship, cohesion and volume of a band big enough to whip up a serious ruckus. But it's also maximalist in other ways: As Kaye and Tate swap lead vocals, the songs seem to one-up each other in how ambitiously each can leap ahead of the next. In the Tate-led "Better Company," that means letting a blearily spare intro give way to a dance-floor throb that only gets more insistent as more ingredients are piled on top of it. Elsewhere, in "Dead," Kaye is framed by a menacing rumble worthy of the band Morphine.

Belong isn't as high-concept as 2015's Jackrabbit, which opens with a death and fans out from there. These songs, by comparison, tend to direct their narrative attention inward, toward the natural human desire to find ourselves and own our desires. But in every other way, San Fermin has only grown more ambitious and audacious since its first two albums — which were plenty ambitious and audacious in their own right.

Belong is out April 7 on Downtown Records.