Accessibility links
House Freedom Caucus Figures Out Its Next Steps, With Shutdown Possibly Looming The group led GOP opposition in the Obama years, but after torpedoing efforts to overhaul health care led by President Trump, the Freedom Caucus is sorting out how to work with fellow Republicans. 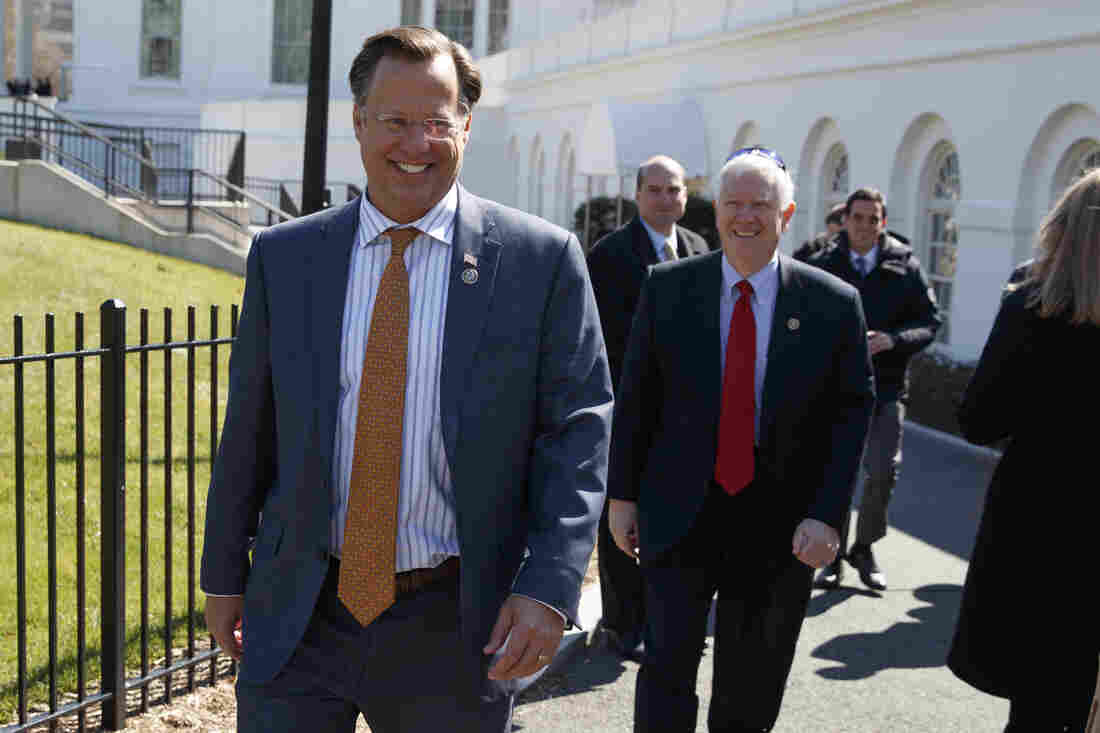 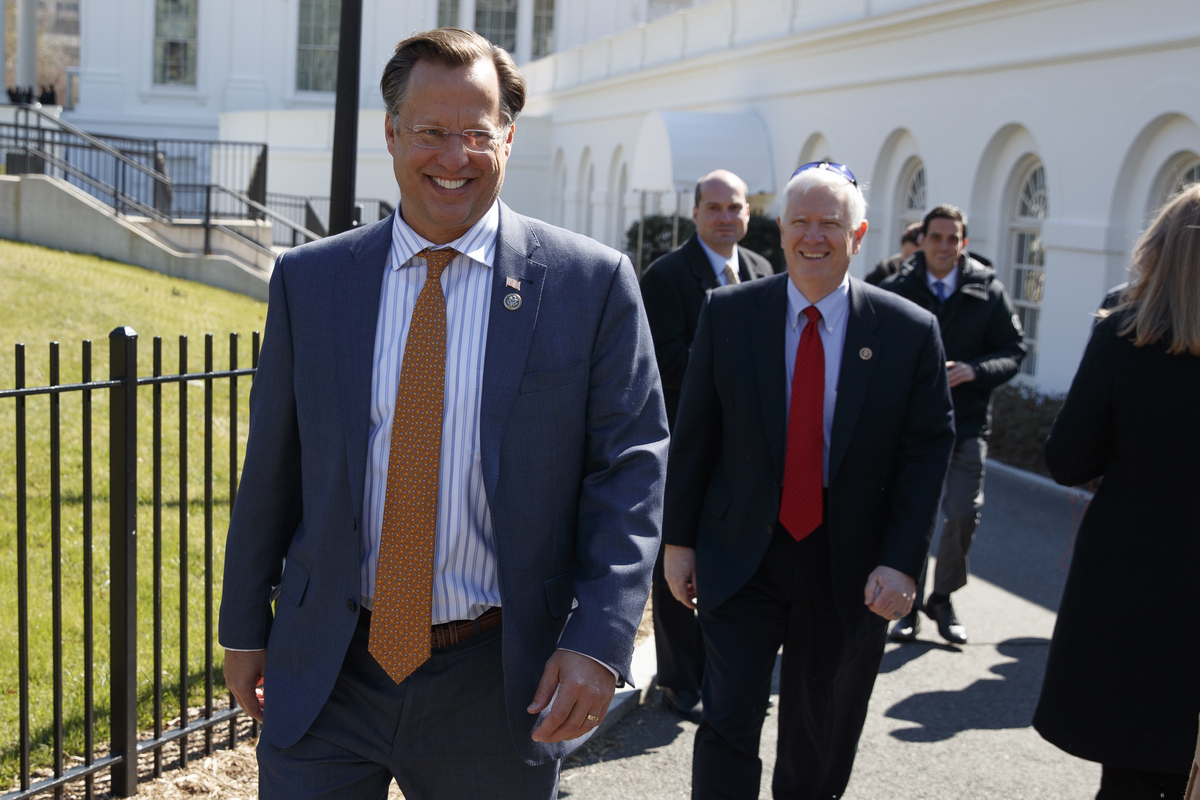 The House Freedom Caucus is resurgent.

The group of roughly 36 hard-line conservatives was at the leading edge of Republican opposition during the Obama years. It wasn't clear how relevant the caucus would be with a Republican in the White House.

But in helping to kill the White House-backed GOP health care plan last week, the members of the Freedom Caucus once again delivered on their reputations as anti-establishment agitators. Now, some Freedom Caucus members are reassessing their no-compromise brand of conservatism, as their tactics fuel fresh resentment within the GOP.

"We are not an independent group. We are part of the Republican conference. We have an obligation to govern," said Rep. Joe Barton, a Freedom Caucus member and the senior member of the Texas Republican congressional delegation.

Their tactics on health care prompted yet another call for party unity this week from House Speaker Paul Ryan.

And President Trump has been unforgiving in attacking the group on Twitter, which he did again Thursday morning — lumping the Freedom Caucus in with Democrats as the opposition to the GOP agenda and openly calling for its members to be challenged in 2018.

The Freedom Caucus will hurt the entire Republican agenda if they don't get on the team, & fast. We must fight them, & Dems, in 2018!

Over the weekend, Barton's fellow Texan, Rep. Ted Poe, quit the caucus on account of what he called its destructive "mob mentality."

"It's so easy to sit back, cross your arms, say, 'No, not going to support that,' " Poe said in a CNN interview this week. "Then we have a situation where we're not making positive changes in the country or leading. That's the problem we have. We have to lead. We're the party in power. We have to lead whether people want to or not."

Poe's exit is the group's first defection since it emerged in 2015. Since then, the caucus has acted as its own political party within the GOP — working to shift power away from party leadership toward rank-and-file members, while advancing its limited-government ideals.

Freedom Caucus member David Brat of Virginia says he has little to gain in following some of his colleagues' advice to start playing nice.

Brat defeated former Republican Majority Leader Eric Cantor in a 2014 primary — one of the biggest upsets in recent political history.

Speaking to a group of reporters just off the House floor this week, Brat said, "Up here in the bubble, you're all like, 'Uhhh, there's a deal, there's tremendous pressure on you. Why can't you just do this?' Well, because there's 800,000 people back home, and we represent them."

The Freedom Caucus is small, but when it acts as a bloc against legislation it opposes, it's big enough to exploit the Republican Party's slim majority in the House and unnerve House leadership. That's one reason why it has the support of deep-pocketed, like-minded outside political groups.

As Republicans recover from their health care defeat, the White House and GOP leaders in Congress are hoping to claim a tax overhaul as their first major legislative achievement. It's a heavy lift that could take months to accomplish.

Freedom Caucus members say they're in the beginning stages of considering how they'll approach the coming tax debate — figuring out what, if any, concessions they might demand.

Rep. Barton says the health care fight was instructive since most Freedom Caucus members are relatively recent arrivals to Capitol Hill, having been elected in 2010 or later. This is the first time they are serving with a Republican in the White House to sign bills they might pass.

"For the newer members, this is the first time it's been a big time issue they've had to deal with at the federal level," he said. "And I think it's been a learning process. [For] our leadership, this is a big one for them to try to lead."

Congress is facing a more immediate and much more basic test of governance. Members need to pass a bill to keep the government open ahead of an April 28 deadline.

The last government shutdown was orchestrated, in part, by North Carolina Rep. Mark Meadows — who is now the chairman of the House Freedom Caucus.

Meadows says the group will be more flexible in this debate than it was on health care.