Accessibility links
Crayola Announces Retirement Of 'Dandelion,' Yellow Crayon The time has come to say goodbye to Dandelion, one of two yellow crayons in Crayola's 24-count pack. It will go into retirement and the Crayola Hall of Fame. 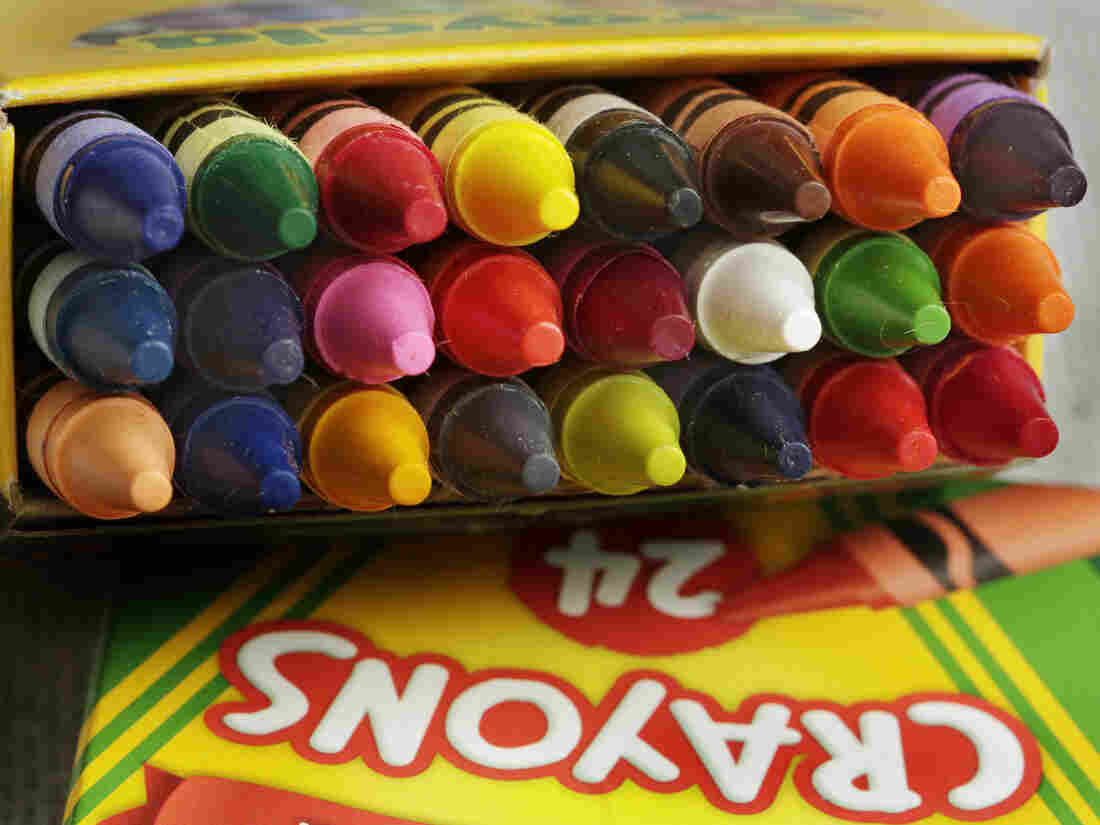 On March 31 — National Crayon Day — Crayola will announce something about the colors in the 24-count box it offers. Richard Drew/AP hide caption 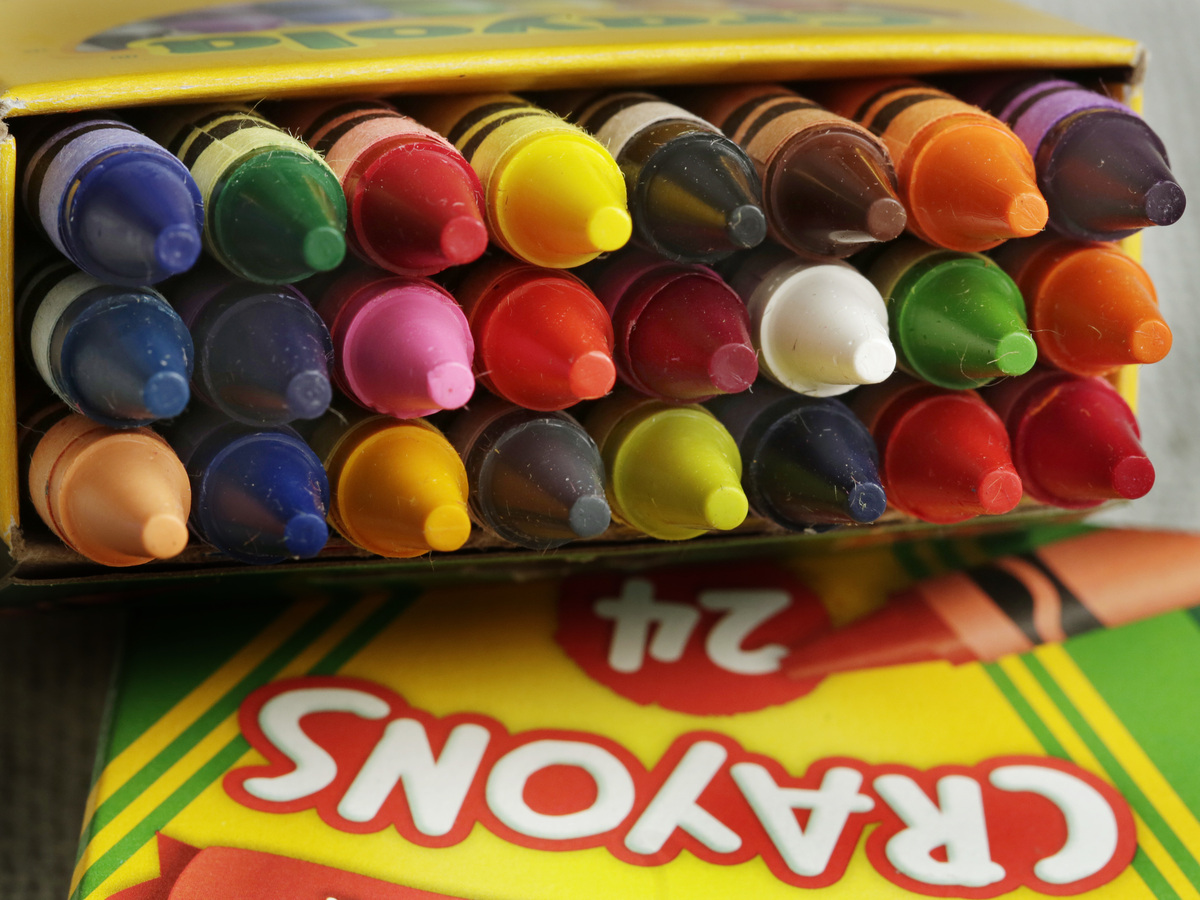 On March 31 — National Crayon Day — Crayola will announce something about the colors in the 24-count box it offers.

If there's ever been a moment to be cliche and say the cat's out of the bag, now is it.

Crayola, the supplier of colorful art materials, was set to announce the retirement of one of its classic colors in the popular 24-count pack of crayons. The company planned to do the big reveal during a live broadcast on Facebook Friday morning in New York's Times Square.

Instead, on Thursday, the colorful company announced that Dandelion — that bright yellow hue — is the crayon retiring to the Crayola Hall of Fame, calling the color "an adventurous spirit" with "a case of wanderlust."

But Dandelion is pretty young for retirement: It was introduced in 1990, after the Crayola Hall of Fame inducted its first eight members. Not to put too fine a point on it, but can you live a fulfilling life and retire before the age of 30? And, if it has a case of wanderlust, how will those adventures happen if it is sitting on a shelf not spreading its colorful demeanor to art projects everywhere?

Right now, it's unclear why Dandelion's announcement came a day early; the countdown clock to the big Friday announcement was still on Crayola's website at 3:30 p.m. ET on Thursday.

Twitter may hold the answer: A user posted a photo of Crayola's 120-count box of crayons in what he says is a Target store — and the box clearly says "Dandelion is retiring!" This tweet was posted two hours before Crayola made its announcement on the company's social media channels.

Jackie Miller, a spokesperson for Crayola, said that the retailer didn't spoil the surprise with the early announcement, but rather that "Dandelion was so excited to announce his retirement he snuck a few packages out of the factory and onto the shelves of a handful of his favorite retailers last night. One lucky fan came across the box and couldn't wait to share the news with the world, and neither could we!"

So, maybe it was a mistake, or just an oddly timed marketing ploy, but don't feel (Cerulean?) blue — Crayola still had a colorful announcement on Friday. Remember, a 24-count pack can't have just 23 crayons.

Crayola's senior vice president of U.S. and global marketing, Melanie Boulden said the company is "hard at work getting ready to introduce a new color." Boulden said more details will come in May, but that the color will be part of the blue hue family and, as the box at Target also said, there will be a contest to name the incoming crayon that will take place over the summer.

Boulden also told fans of Dandelion not to worry about his retirement because it won't be immediate. In true celebrity fashion, he'll have a retirement tour across North America to "do the things he's always dreamed about doing." The tour wouldn't be complete without Instagram updates to document his travel and he'll be taking requests on where to go next.

If you're still grieving Dandelion, however, you're probably in good company, as Crayola has retired colors before.

When the company celebrated its centennial in 2003, four more colors — Blizzard Blue, Magic Mint, Mulberry and Teal Blue — were retired, when color addicts chose to save Burnt Sienna from melting away.

All that's left to do is hope that the new color isn't as redundant as Red Orange is to Scarlet, as bland as Indigo or as putrid as Green Yellow.

All in all, if Dandelion was your favorite color, accept that it was chosen for the Hall of Fame, be proud through your tears, and remember — there's probably a color similar to it in one of Crayola's larger packs. Goodbye, Dandelion. Gone, but never forgotten.