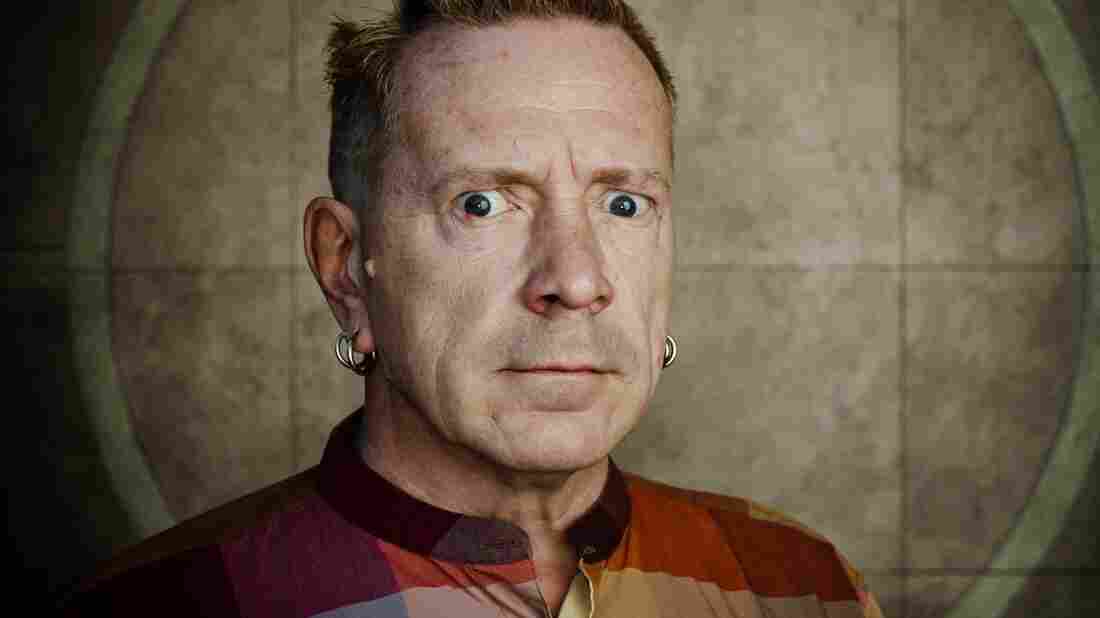 Mr. Rotten's Songbook hosts every lyric from John Lydon's 40-plus year career in punk. Courtesy of the artist hide caption 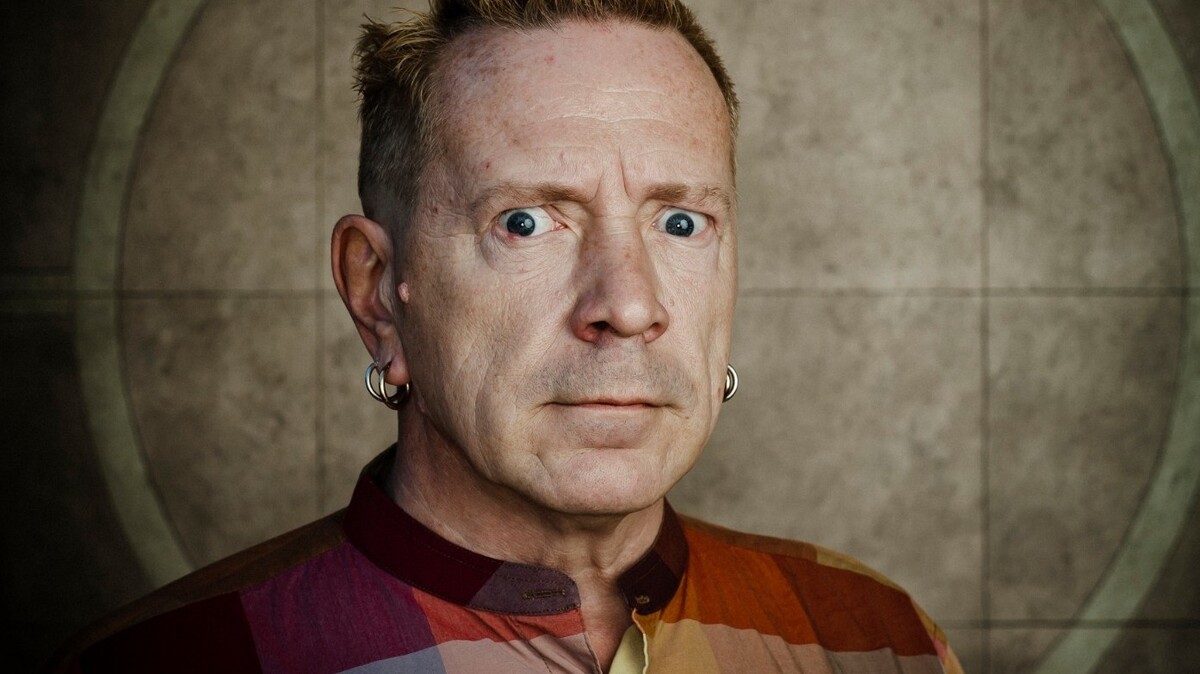 For the past 40 years, John Lydon, better known as Johnny Rotten, has brandished his rebellious songs — first with the 1970s punk band The Sex Pistols, then with Public Image Ltd.

He's now 61 years old. He may be a bit rounder than he was in his youth, but he still has an impish glare and spiky hair. He's still punk rock.

"I'm a natural-born anarchist," Lydon says. "I've never in my life supported any government anywhere, and I never will."

Lydon was born in London, the son of working-class Irish immigrants. When he was 7 years old, he contracted spinal meningitis, "which damned well nearly killed me," he recalls. "Apart from surviving that, it was the lack of memory when I came out of the coma. And that took me some four years to fully recover properly."

He says that experience fueled the turmoil he felt as a teenager in the 1970s — when he was recruited to join The Sex Pistols as "Johnny Rotten."

"That's my nickname," he says. "It was given to me because I had green teeth."

Lydon railed against the establishment, religion and politics, singing, "anger is an energy." You can hear all that in his lyrics, which he's collected in Mr. Rotten's Songbook -- a new, 300-page, limited-edition book with the words to every song he's ever written. He also illustrated it with doodles and sketches "so I could put myself right back in the moment and know what it was that was thundering away between me ears to make me write these lyrics," he says.

He flips through the book to find one of his best-known songs, "Anarchy in the U.K.," which he notes is "to be sung with love."

"I've got all these nice little anarchists running around with swords," he says, describing the drawings on the page, "and the black and red anarchist flag. And of course, the Union Jack."

Lydon wrote "Anarchy in the U.K." in 1976, a week before writing his sarcastic "God Save The Queen."

"I hit on the right note and tone of a country on that was on the verge of political collapse," he says. "You know, rigid conservative government, it was not open-minded about anything. Beginning to sound familiar, isn't it?"

Brian Cogan, author of The Encyclopedia Of Punk, says Lydon wrote songs that were designed to impress, shock and challenge.

"Lydon has always been a sort of a trickster fellow that is there to disrupt," Cogan says. "His lyrics had insight, they were witty, they were biting. And he was always trying to upset people in a lot of ways and trying to get them to rethink what they thought about the world." 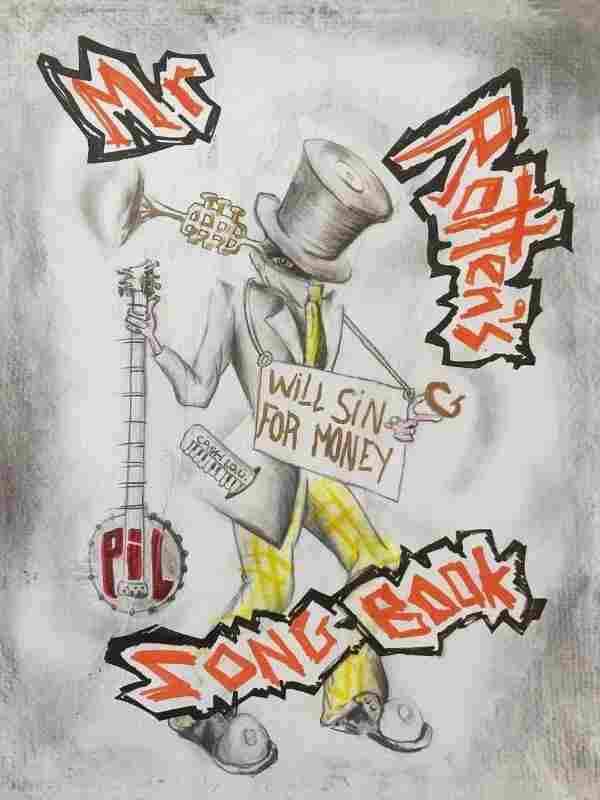 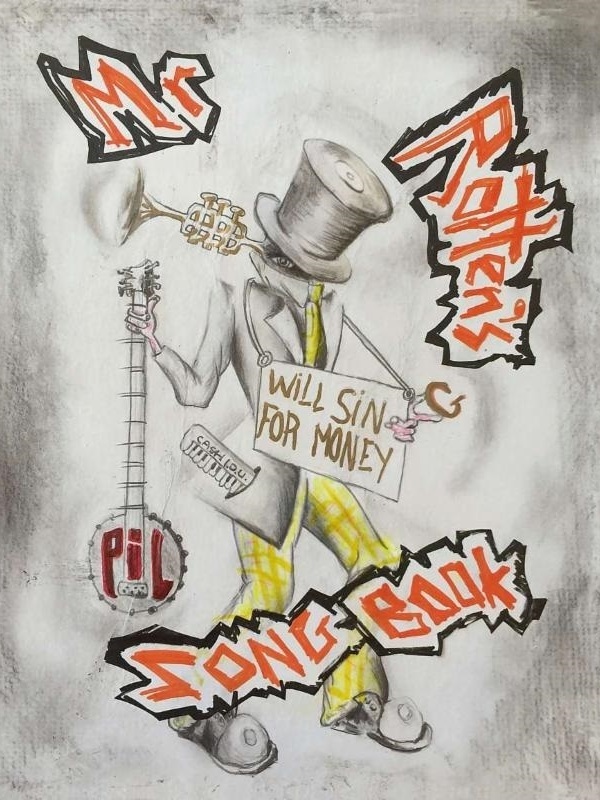 After The Sex Pistols broke up, Lydon formed Public Image Ltd. He wrote songs like "Death Disco," which he says was a tribute to his late mother, and "Rise," an anthem against apartheid in South Africa. "This is my international letter to the world," Lydon says of the latter. "It's about decency to your fellow human beings. 'Your time has come, your second skin.' 'You could be black, you could be white.' "

Lydon's songbook is eclectic: It includes the words to "Psycho's Path," about serial killer John Wayne Gacy, and "Out Of The Woods," about Confederate general Stonewall Jackson. And in "Deeper Waters," Lydon documented an underwater adventure of his, when he wore an old-fashioned diving suit to see sharks up close. With "500 pounds of iron" wrapped around his head, he says, "I could not move, not one inch. Monstrous sharks were hovering around."

Lydon says he was inspired to compile the songbook after playing a gig in China a few years ago. He says government officials there insisted on reading his lyrics before allowing him to perform.

"I thought the Chinese would be most wicked on censorship. No! Welcome arms," he says. "So I don't need to yodel on about Tibet. I need to, like, sing my stuff to the peoples out there."

These days, Lydon lives with his wife in Los Angeles, near the ocean. And he's made some changes. "I really liked what Obama was promising and that's when I became an American citizen," he says.

When the conversation turns to President Trump, Lydon is provocative as ever.

"I think he's absolutely magnificent. He's a total cat amongst the pigeons," Lydon says of Trump. "It's got everybody now involving themselves in a political way. And I've been struggling for years to get people to wake up and do that."

As he heads off to promote his songbook at a record store, John Lydon — Johnny Rotten — bids farewell with this saying:

"May the road rise with you and your enemies always be behind you. May you scatter, flatter, batter and shatter."