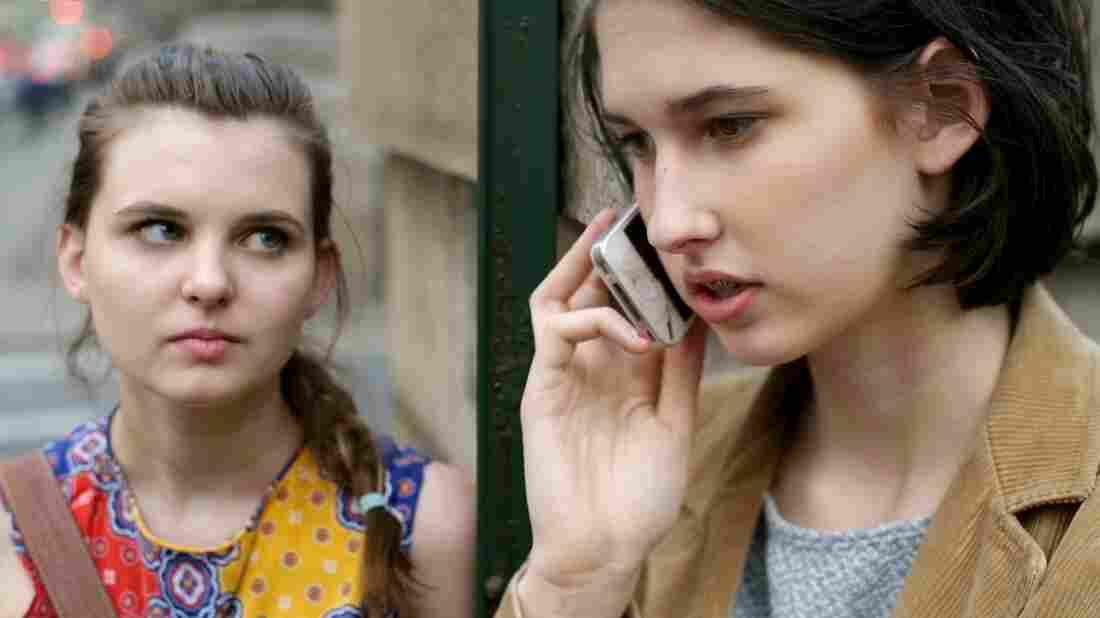 Friends Ginger and Lena in All This Panic. Tom Betterton/Courtesy of Dogwoof hide caption 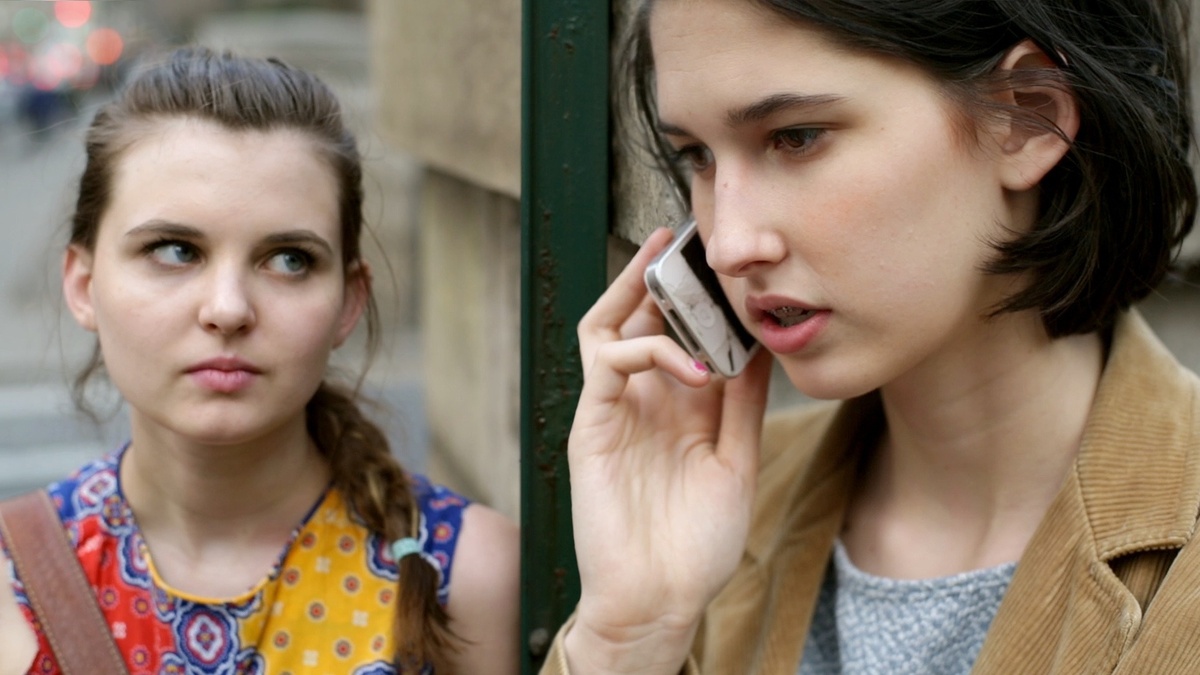 Friends Ginger and Lena in All This Panic.

A little seminar in documentary technique is being offered by two docs about women this week. The filmmakers for All This Panic take a fly-on-the-wall approach with their teenage subjects — no narration, no explainers. The directors of God Knows Where I Am tease out their story as if it were a mystery novel.

Both approaches prove effective, albeit for reasons that have everything to do with their respective subject matter. The makers of All This Panic must've been hard-pressed just to keep up with teenage sisters Dusty and Ginger and their pals as they careen around their Brooklyn neighborhood. When we meet them, they're tooling around on their bikes, ricocheting from game arcade to beachfront to party, pondering the great questions of our age:

"If you could, like, go back and start high school over," wonders one, "knowing everything you know now about, like, high school, would you?"

Make that the great questions of their age. Still, these kids are figuring out boyfriends, weekends, lives — things in general. Ginger has artistic inclinations but seems to lack the drive to put them to much use. Her sister, Dusty, initially appears mostly concerned with cliques and lunchroom etiquette.

And their best pal Lena has a complicated home life from which she escapes by planning to be a philosopher, a baker and a variety of other careers. She'll end up at Sarah Lawrence College, so the planning and being responsible pay off.

Also responsible is Sage, the one African-American girl in their circle — one of the few in their school, in fact. Sage has thought deeply about who she is, and about how she is viewed.

"The teenage body is so oversexualized," she tells the camera, "the teenage female body, especially. People want to see you, but they don't want to hear what you have to say."

Married filmmakers Jenny Gage and Tom Betterton did want to hear what these girls had to say. They got close to them as Brooklyn neighbors and spent three years following them as they matured and began to separate from parents and forge their own identities.

The camera captures intimate moments with musing, chattering young women who, as All This Panic goes on, seem not so much consumed by panic as by motion — dancing in a club, running on a beach, hopping a subway or a cab, exploring ... trajectories. 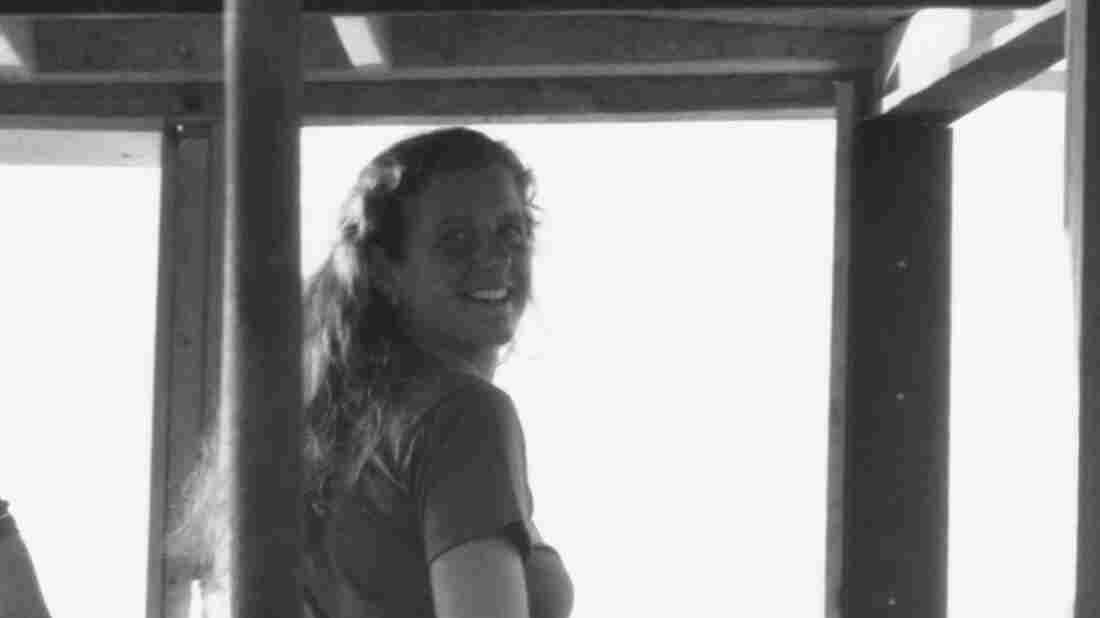 Linda Bishop from God Knows Where I Am. Courtesy of Wider Film Projects hide caption 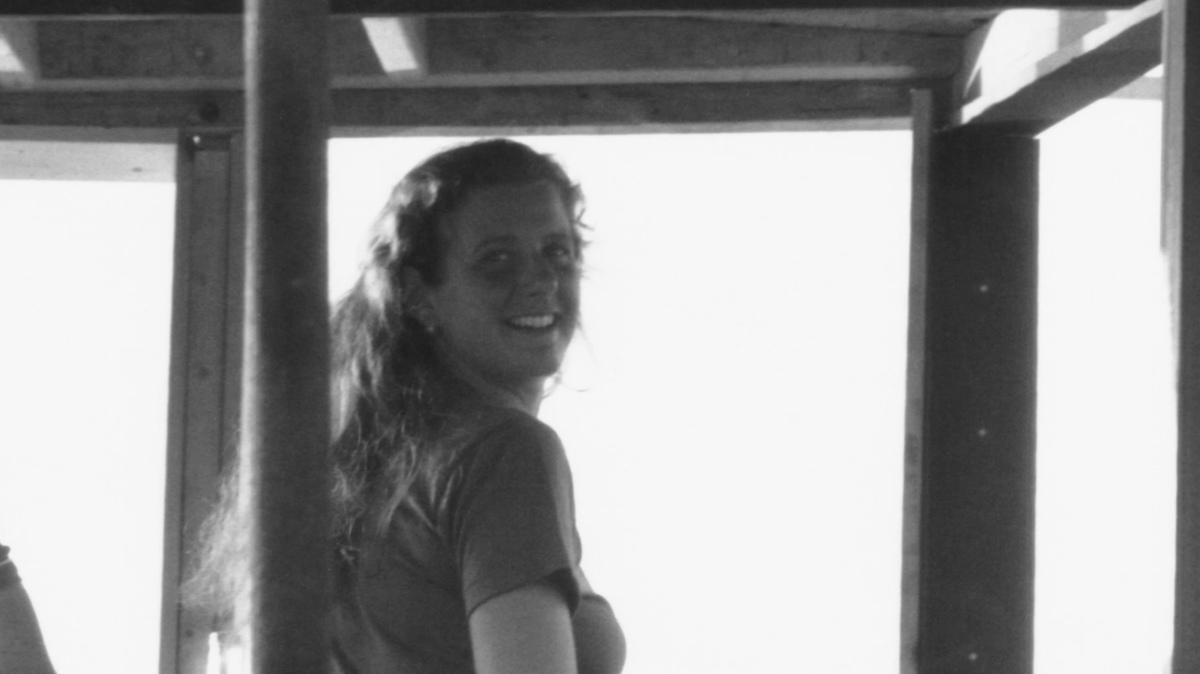 Linda Bishop from God Knows Where I Am.

The first words spoken in God Knows Where I Am set a very different tone:

Those words, voiced by actress Lori Singer, come from a journal that Linda Bishop kept of her final days — a journal that was found next to her body in a New Hampshire farmhouse and that said her death was the result of domestic abuse.

How did she end up in that vacant house? The filmmakers start where the police did, with no information, just what they think may be a crime scene, and a note that could be a suicide note. 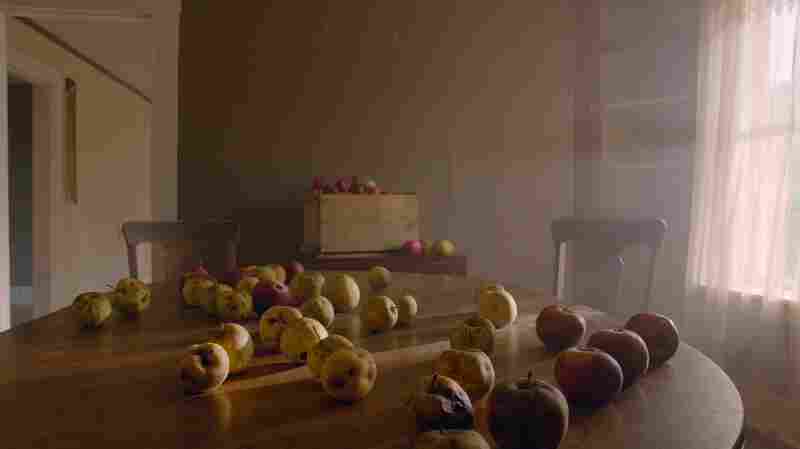 God Knows Where I Am feels at times like a still life painting. Courtesy of Wider Film Projects hide caption 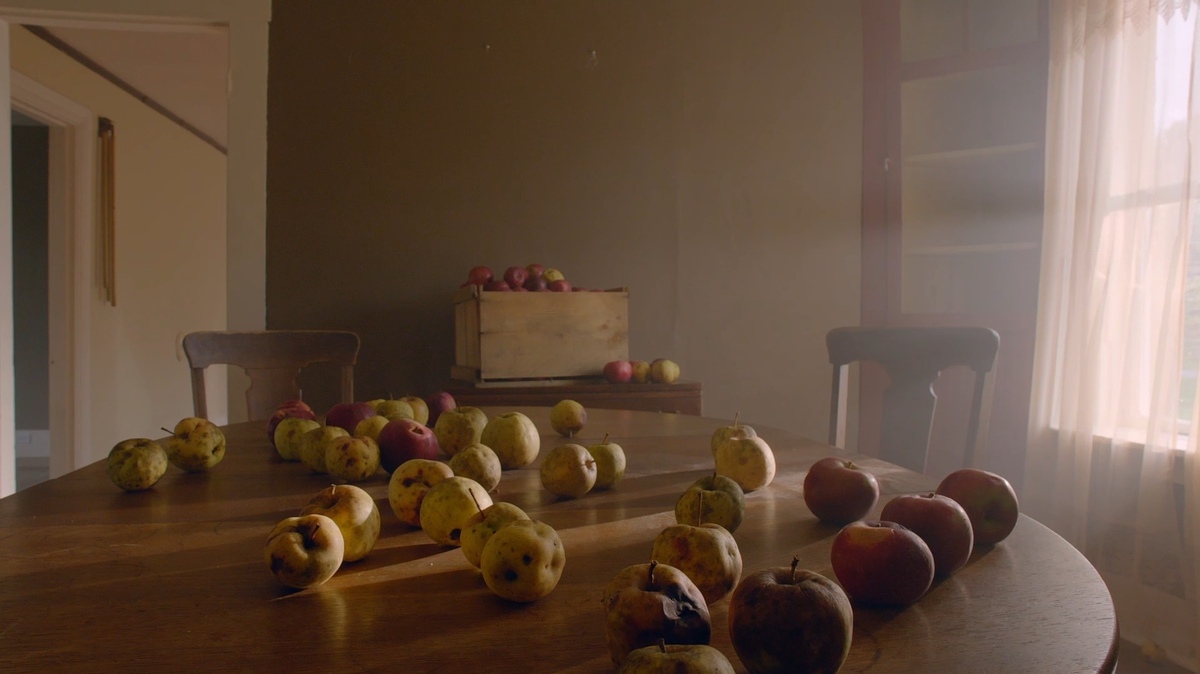 God Knows Where I Am feels at times like a still life painting.

It isn't ... quite. By talking with Linda's sister, the man who owns the house in which she died, forensics experts, and psychiatrists, the filmmakers piece together what happened to Linda during the roughest winter New Hampshire had seen in years. And why.

Excerpts from the journal set the stage again and again — how Linda found an apple tree nearby, and gathered the more than 300 apples that sustained her for months. Or looked out a window to see "a cardinal and a chickadee, on top of a lilac outside the window."

The images that accompany these words are cinematic still lifes — still, but hardly lifeless as the camera roves the grounds and apple-strewn rooms of the house, painting a portrait of solitary quiet.

And then, the police tell us something startling: that from the window where she saw that cardinal and chickadee, she could also have watched the flat-screen TV in her neighbor's window. The journal makes it sound as if she was, as a police officer says at one point, "isolated in some hidden valley with nobody around to help her."

In fact, she was less than 500 feet from potential help. So why, wonder the authorities, didn't she seek it?

Filmmaking brothers Todd and Jedd Wider — who produced Alex Gibney's Oscar-winning documentary about torture in the Middle East, Taxi to the Dark Side — are making their joint debut as directors here. An unexplained death is again their subject, but they're not just solving the mystery behind it. They're using the pacing and the lachrymose visuals to get us inside Linda's head, giving us a sense of how she saw the world as it closed in on her: the loneliness, the ever-slowing pace of a life ebbing.

God Knows Where I Am turns out to be every bit as much a story of panic as All This Panic. But where teenagers flail, Linda is resigned ... her tragic story a study in stillness and, ultimately, in silence.