Accessibility links
'Femininity Is Not Weakness,' Jessica Chastain Says Of 'Zookeeper's Wife' Chastain stars as Antonina Żabińska, who, along with her husband, sheltered hundreds of Warsaw Jews during World War II. "It's exceptionally brave to fight violence with love," Chastain says. 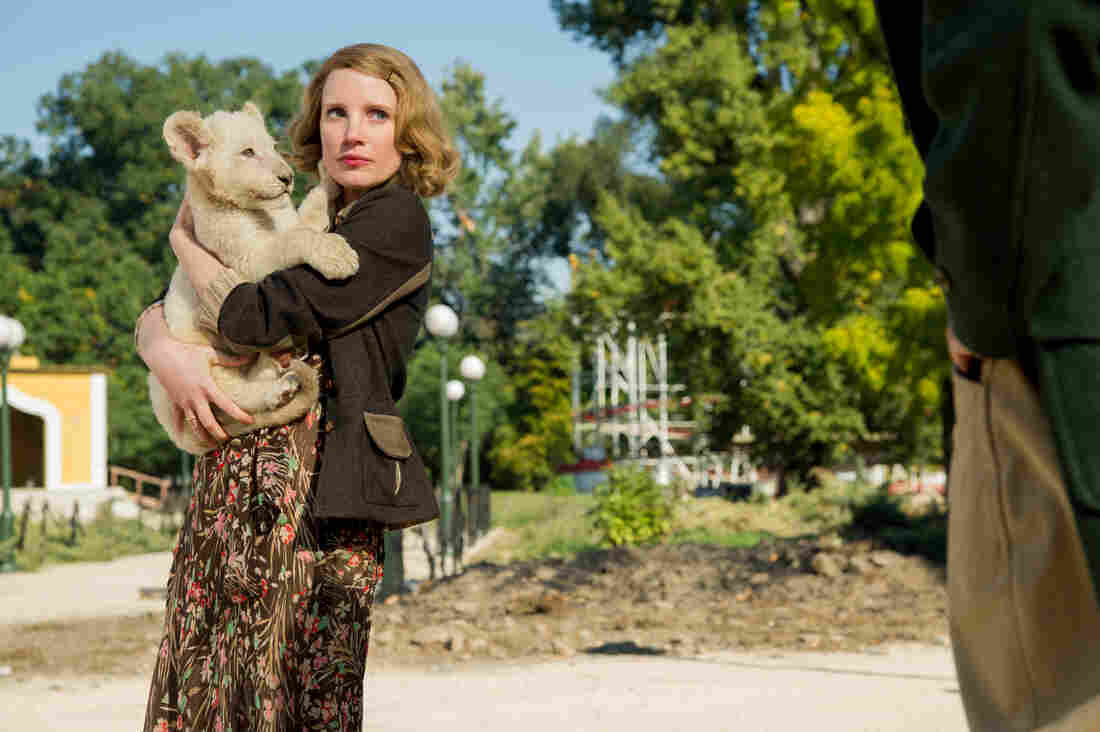 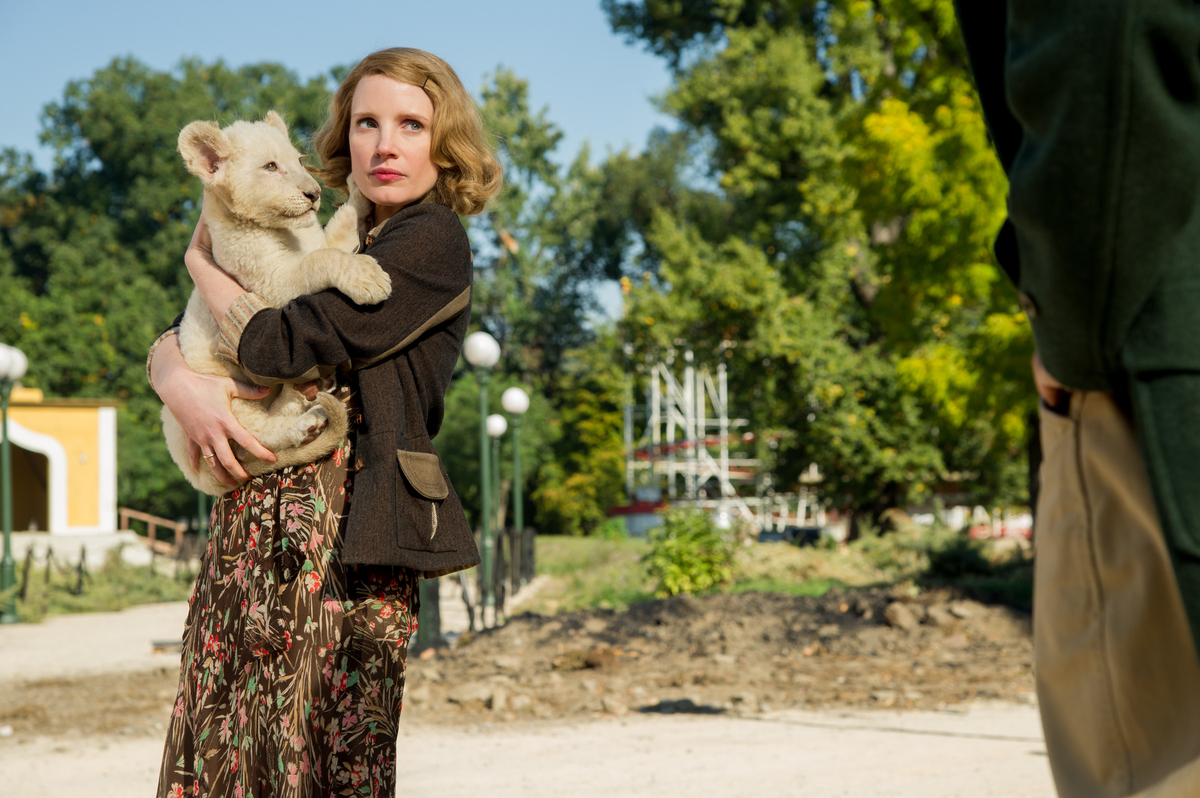 Jessica Chastain stars as Antonina Żabińska, who, along with her husband, helped rescue Jews in Warsaw during World War II.

War movies are generally told from male perspectives, says director Niki Caro — but that doesn't have to be the case.

Her new film, The Zookeeper's Wife is an adaptation of Diane Ackerman's 2007 book. It's based on the diaries of Antonina Żabińska, who, along with her husband Jan Żabiński, saved hundreds of Jews during World War II by sheltering them in the Warsaw Zoo.

"I saw in this material a new kind of Holocaust movie ..." Caro says, "Because it was a woman's perspective and about a woman's experience of war."

Jessica Chastain stars as Antonina. "Antonina was always a healer," Chastain explains. "She believed every living creature was equal and deserved respect, and love, and honor."

On Antonina's decision to help Jews evade the Nazis

Chastain: In that time period, if you were to give even a Jewish person a glass of water, you would be shot, your children would be shot. And so for her to make the decision to hide people ... meant that she was risking the lives of her children. But I don't know if there was another way for Antonina because she really was a healer.

Caged By Its Noble Intentions: 'The Zookeeper's Wife'

On the manner in which Antonina created sanctuary

Caro: It wasn't just that she was hiding people inside of her zoo at great risk to herself. It was the fact that she wanted these people not just to survive but survive with their dignity and their humanity intact. So she was bringing them music and art and a small amount of creature comforts and luxury — and this sensitivity to the human spirit I really wanted to bring through in this movie within the context of Holocaust and the war.

On the tension between what is human and what is animal

Caro: What is a cage and what is sanctuary? The Warsaw ghetto is the biggest cage of all. ... On the other side, yes, the Jews are brought into the zoo and they are housed in the basement and the basement is divided into cages where they would keep the sick animals — so it appears as if the Jews are now back in a cage, but smaller, and yet — they are in the most loving environment. 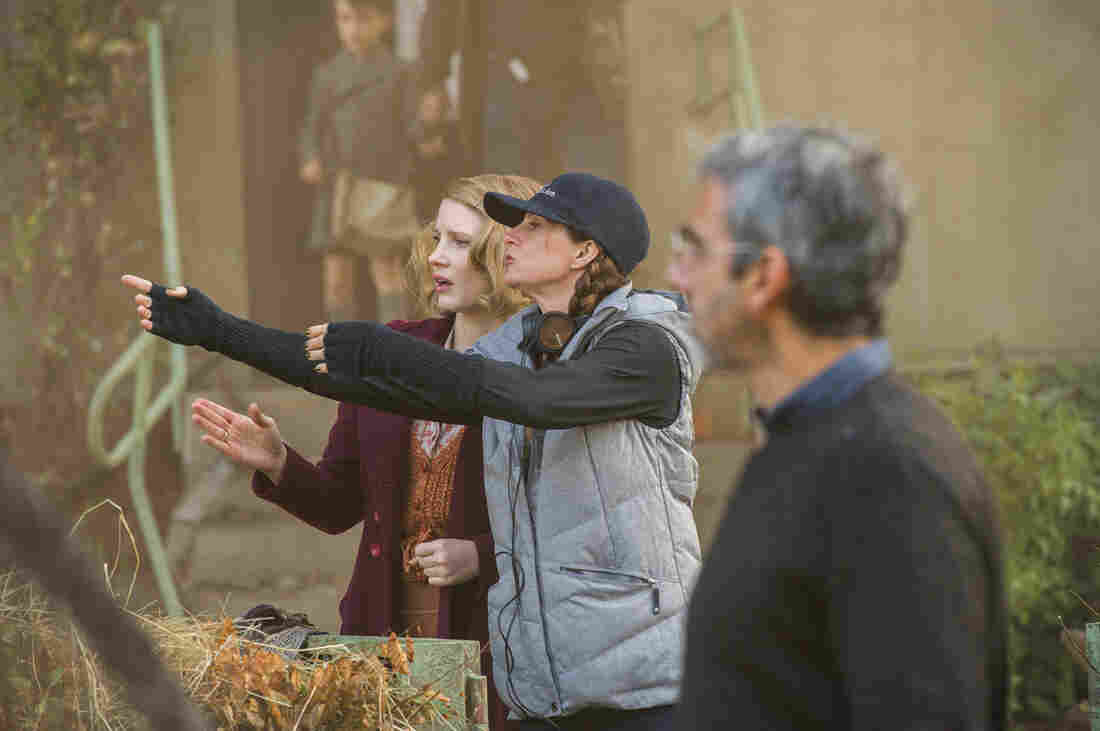 Chastain and Caro work together on the set of The Zookeeper's Wife. Anne Marie Fox/Focus Features hide caption 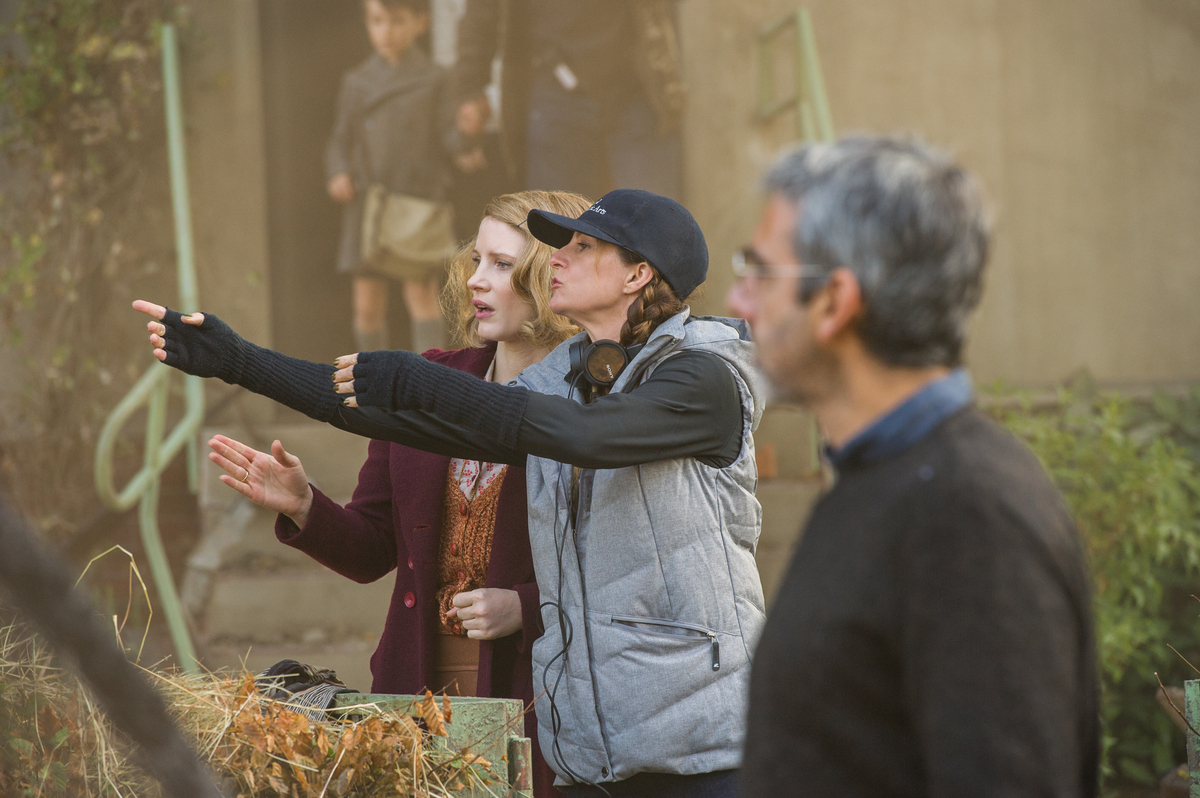 Chastain and Caro work together on the set of The Zookeeper's Wife.

On the male-dominated filmmaking industry

Chastain: It's not just in terms of female filmmakers. You have to also look at studio heads, you have to look at writers, and also what no one seems to talk about is critics. I find it very interesting when 90 percent of the critics that review films are men, how is that helpful when trying to create stories from a feminine point of view?

Caro: Most movies about war are from the male point of view. But wars are fought by both genders and Antonina's war was fought with compassion. Now that is no less relevant of a perspective on war than the other. But as the director, as the filmmakers, you have to work from a point of real confidence and courage to commit to the female experience of war because obviously we are more used to men fighting with guns and bombs and those sequences are very effective. But in a woman's story, in a story about the zookeeper's wife, she is the hero of that story and her contribution was equally powerful as her husband's.

On 'fighting violence with love'

Chastain: We need to understand that femininity is not weakness. And our society for some reason equates the two. And in my personal opinion I think it's exceptionally brave to fight violence with love. And perhaps even more scary to not have a weapon in your hand and just try to heal others. And I'm so proud to be part of a story that inspired that and I hope society, the world, will start to value femininity and women's stories.