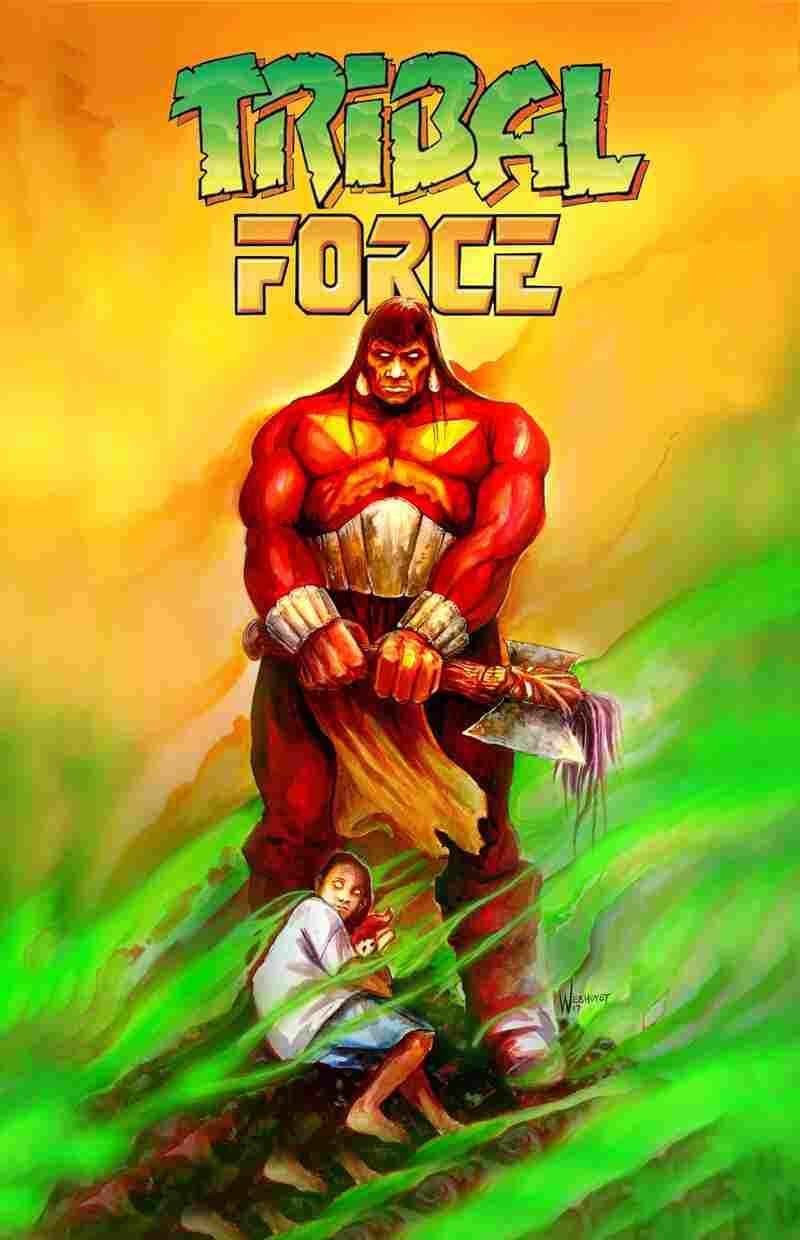 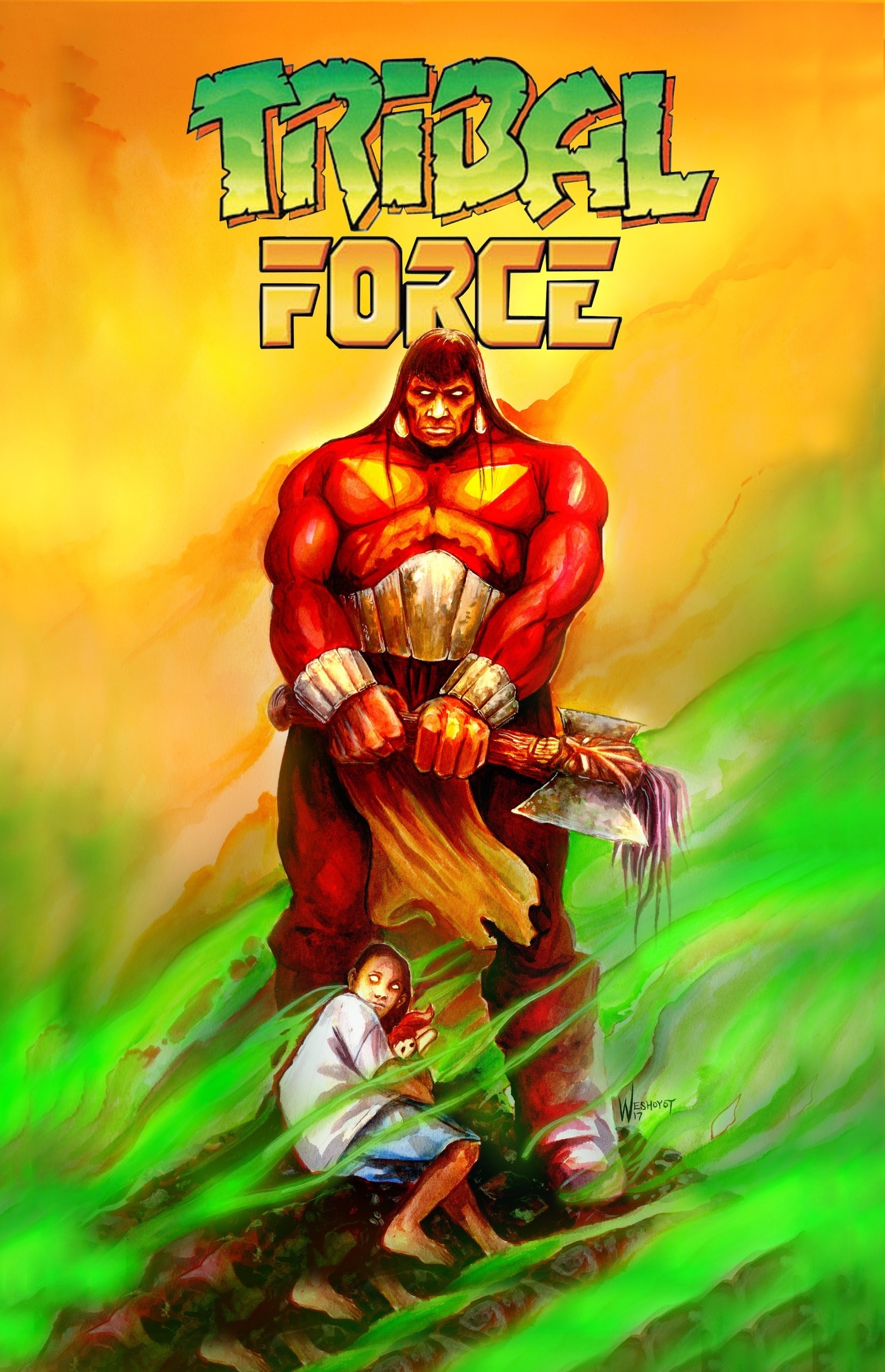 Jon Proudstar created Tribal Force in 1996 — now, it's being rebooted by Native Realities.

In comics and graphic novels, Native American characters aren't usually very prominent. They're often sidekicks — or worse. But a new publisher focused exclusively on Native writers and artists is changing that. Called Native Realities, the company just released the reboot of the first all-Native superhero comic.

Comics creator Jon Proudstar remembers the first time he saw a Native American character in a comic. It was Thunderbird, in the X-Men, and he was quickly killed off. Proudstar was 8 years old and he was not happy. "And for years I just lamented about it and said one day I'll bring him back," he says.

Proudstar, who is Yaqui and Mexican, went one better. He created the first comic book to feature a whole team of Native American superheroes. Tribal Force debuted in 1996 — but the publisher went out of business after just one issue. "For years I kept trying to get a publisher, and nobody would touch us," Proudstar recalls.

One reason? His main character was a sexual abuse survivor, not unlike an elementary student he met while working at a school in Tucson, Ariz. — who eventually took her own life. "You know, it broke my heart," he says, "I thought something big was going to happen from her death and nothing did and they swept it under the carpet.

He found this problem was persistent in Native communities, and he wanted to do something about it. "As a young man, as a warrior, I just felt I should be doing something. How can I combat this?"

Over the years, various publishers approached him about Tribal Force, but they always had the same question — can you tone that down? Can you not talk about it? "And I was like 'No! That's why I'm doing what I'm doing.'"

Then Proudstar found Lee Francis and Native Realities Press, which focuses on Native writers, artists, and game designers. Francis, who's from Laguna Pueblo, N.M., calls himself an "Indiginerd" — and he wasn't put off by Proudstar's subject matter. "These are things that we face in our community and we still need superheroes for this stuff," he says. "We need people that are going to be there to be protect us, that are going to be there to help us out." 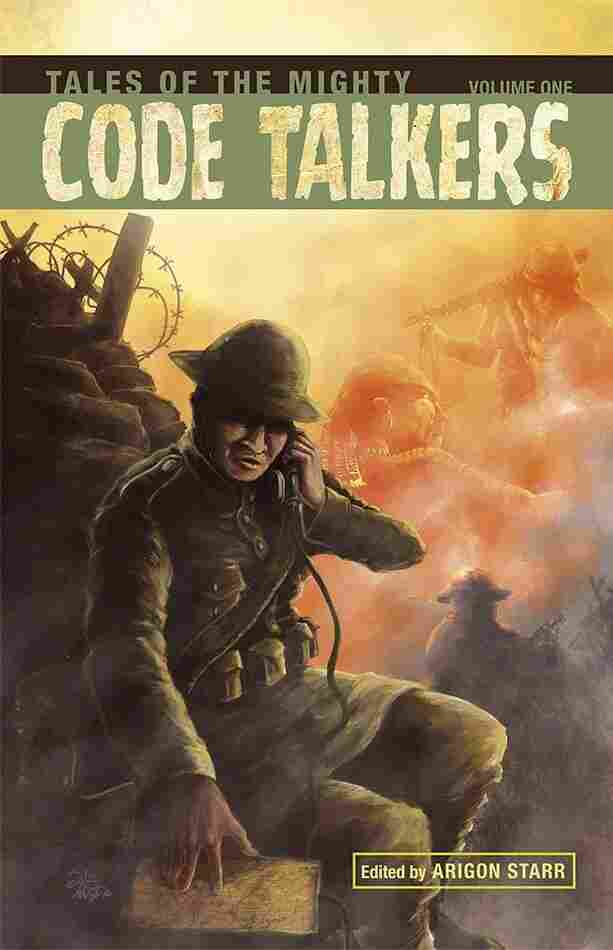 Tales of the Mighty Code Talkers focuses on the many tribes that were involved in covert communications during World War II — not just the Navajo. Native Realities hide caption 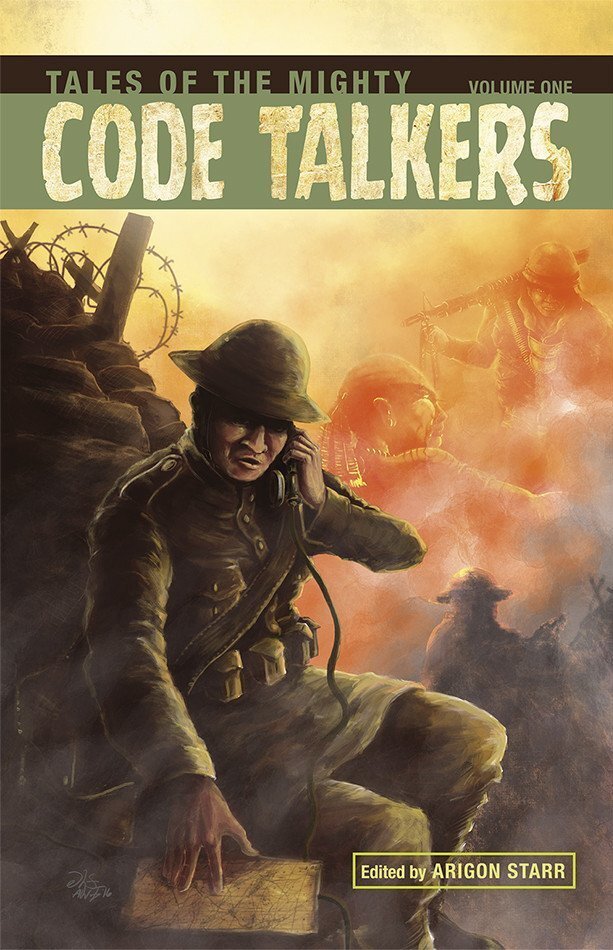 Tales of the Mighty Code Talkers focuses on the many tribes that were involved in covert communications during World War II — not just the Navajo.

Native Realities also published Tales of the Mighty Code Talkers, edited by Kickapoo author Arigon Starr — best known for her comic book Super Indian -- and created with a slew of other Native writers and artists. I caught up with her at the first Indigenous ComicCon, a convention Native Realities produced last fall in Albuquerque, N.M.

"We all knew there were other tribes that were involved in the codetalking project besides the Navajo," Starr says. The book is designed like a graphic novel, and made up of historical vignettes. "Here's the story of two Creek soldiers in Sitka, Alaska, versus the Japanese. We're trying to do this on multilevels ... to get the stories out there, but also to show language and culture."

Native Realities founder Lee Francis is working on the second Indigenous ComicCon, slated for the fall. He'll publish more comics and games this year as well — they'll be available online, in schools and at Native American community centers.

Proudstar is working on more chapters of Tribal Force, happy he found an outlet that understands Native storytellers. "It's amazing because it's never existed before, at this level, at the creative level and the support level, and Lee is so enthusiastic," he says. Ultimately, he hopes his work will prompt more people and tribal councils to address sexual abuse and suicide. "It needs to happen, it has to happen. So hopefully Tribal Force is the first step in that."

The next chapter of Tribal Force is due out this summer.