Accessibility links
Book Review: 'Foxlowe,' By Eleanor Wasserberg Eleanor Wasserberg's debut novel is not for the faint of heart — this tale of a cultishly evil group called the Family who live in a mansion on the English moors is unrelentingly cruel and eerie.

'Foxlowe' Is A Delicious Slice Of Darkness

'Foxlowe' Is A Delicious Slice Of Darkness 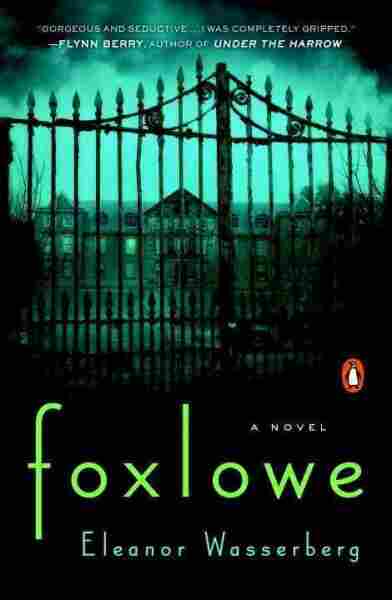 Foxlowe, the debut novel by British author Eleanor Wasserberg, is not for the weak-stomached, fainthearted, or otherwise easily squeamish. From the first page, cruelty and violence — most often against children — is delivered in a gruesome fugue of agony and foreboding.

Foxlowe is the name of a mansion on the English moors, and it's populated by a group of adults and kids who called themselves, ominously, the Family. They are, by any definition of the word, a cult, though don't see themselves that way. To them, the outside world is rife with negative energy that's palpable to the point of being personified; they call it the Bad. In a sickly ironic twist, the Family's own badness is a microcosm of all that's wrong with humanity at large: willful ignorance, insularity, fear of the other, resistance to progress, and a social structure that's built on deception, resentment, jealousy, and petty power plays. Not to mention the heinous abuse of those less powerful — children included.

Caught in the middle of all this is Green. A young girl at the start of the book, Green has never known a life beyond Foxlowe. She lives in modern-day England, but she has no idea what that means; she's home-schooled and never allowed to leave Foxlowe. Instead, she's raised by a strict yet arbitrary code of morality laid down by the adults in the commune, most notably an unbalanced woman named Freya who serves as the main parental figure in Green's life. When Green breaks a rule of Foxlowe, no matter how minor, she's punished with tortures like the Spike Walk, a scarifying ritual involving nails and blood. When a baby is brought into the hermetic group – Green names her Blue — the dynamic at Foxlowe shifts precipitously. As Blue grows, and Green takes her under her wing, the social breakdown among Foxlowe's adults begins to trickle down to "the ungrown," as the children are called.

It's an unrelentingly eerie meditation on groupthink, societal taboos, parentage, and how the comparative morality of modern life can be taken to savage extremes.

It's not a pretty scenario — yet Wasserberg renders it beautifully. Oozing the stately language and thick gloom of vintage Gothic literature, she infuses Foxlowe with looming dread. The echoes of England's pagan past reverberate amid the Family, whose skewed reality is pegged to the cycle of the solstices. Each small movement within the mansion is packed with subtle, skin-crawling suspense. And Green, who narrates the story, lingers on physical sensations — the sting of cut skin, the tickle of hair, the sliminess of vegetation — in a way that uncannily evokes the hypersensitivity of childhood. The violence in Foxlowe extends logically from the tale Wasserberg spins, but that doesn't make it any less horrific. At the same time, Foxlowe isn't exactly a horror novel — rather, it's a psychodrama cast in long shadows, flickering candlelight, and excruciating secrets.

While the violence of Foxlowe is not gratuitous, its choice of words sometimes is. Green's voice is inconsistent at times, even taking into account the fact that she ages into a teenager throughout the book. Mostly her observations and inner monologue are quiet and poetically simple. Yet a thrown piece of bread becomes, according to Wasserberg's prose, "cascading pores of green exploding against the door." And at one point during the nerve-shredding climax of the story, Blue's cries of pain "rose in tantrum spirals."

As distracting as these flights of floweriness can be, Foxlowe stays mostly on track. It's an unrelentingly eerie meditation on groupthink, societal taboos, parentage, and how the comparative morality of modern life can be taken to savage extremes. Still, there are plenty of missed opportunities; in this age of Brexit and rampant xenophobia, Wasserberg fails to make her nightmarish scenario of insiders and outsiders as resonant as it could be. And the book's ending wraps everything up with a bone-chilling flourish that's both a little too pat and naggingly unsatisfying. But when it comes to crafting an immersive atmosphere of fear and unease, Foxlowe is a delicious slice of darkness.