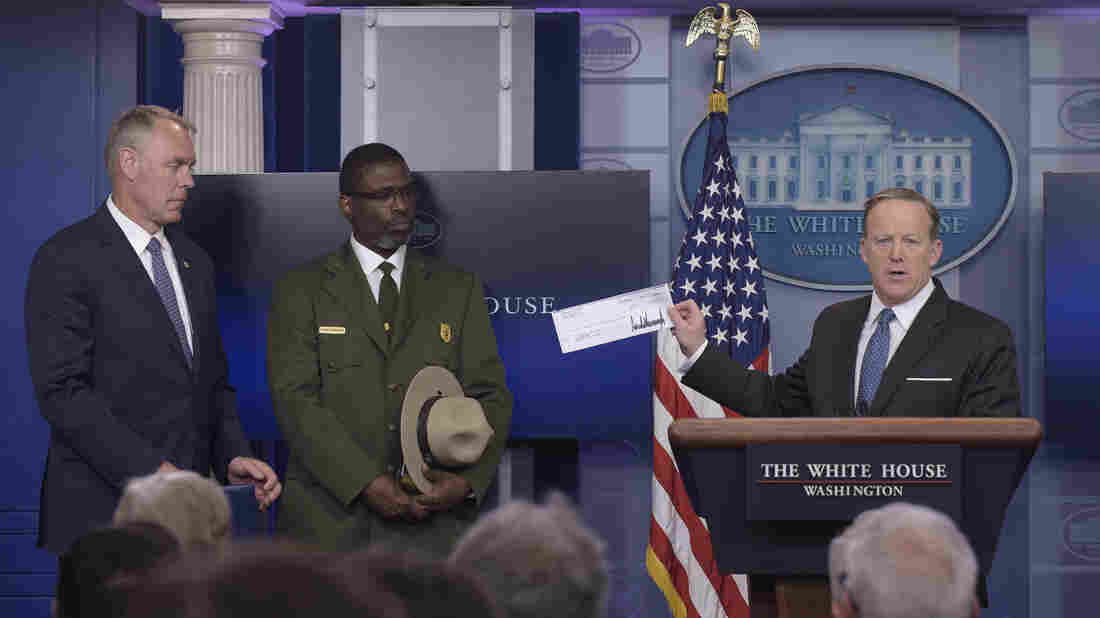 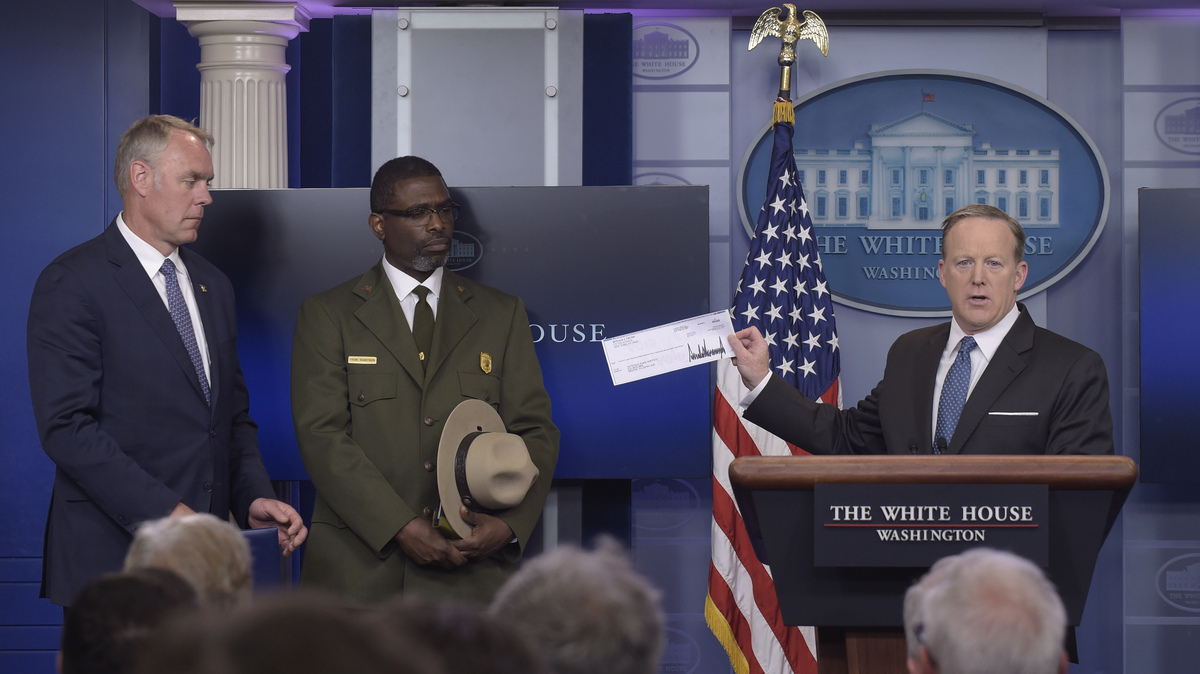 President Trump has donated his salary from his first few months in office to the National Park Service, making good on a campaign pledge to forego a presidential paycheck.

His gift represents a small fraction, however, of the money the Park Service stands to lose if Trump's budget were adopted.

Instead of collecting a salary of $400,000 a year, Trump has volunteered to donate that money to charity. He chose the Park Service as the beneficiary of his first installment, $78,333, which covers the first ten weeks Trump was in office.

Press secretary Sean Spicer delivered an oversized check for that amount to Interior Secretary Ryan Zinke at the start of Monday's White House briefing. Spicer noted the gift had been approved by the White House counsel.

"Ironically, it's not as easy to give money to the government as you would think," he said.

Zinke was accompanied by Tyrone Brandyburg, the superintendent at Harpers Ferry National Historical Park in Harpers Ferry, W.V. Zinke says the president's gift will be earmarked for preservation of national battlefields.

"These historic places tell the story of conflicts that helped shape our country's history, and they also honor the many men and women who have given their lives in service of this great nation," the secretary said in a statement. "I'm honored to help the president carry out his love and appreciation for our warriors and land."

"We're about $229 million behind in deferred maintenance on our battlefields alone," he said.

Trump is proposing deep cuts to the Interior Department, which includes the Park Service. The president's budget proposal for the coming fiscal year would trim $1.5 billion or 12 percent from the department's budget. Ultimately, it's up to Congress to determine how much money the department can spend.

"If Donald Trump is actually interested in helping our parks, he should stop trying to slash their budgets to historically low levels," said Michael Brune, executive director of the Sierra Club. "America's parks, and the people and economies they support, need real funding, not a giant fake check. Parks are a good investment and we must invest now if we want them to be around for our kids," Brune added.