Accessibility links
When Sheriffs Refuse An ICE Detainment Request, They Get Called Out The federal government is issuing weekly reports that name sheriffs it says aren't cooperating with federal immigration law enforcement. Many sheriffs say what they're being asked to do is illegal. 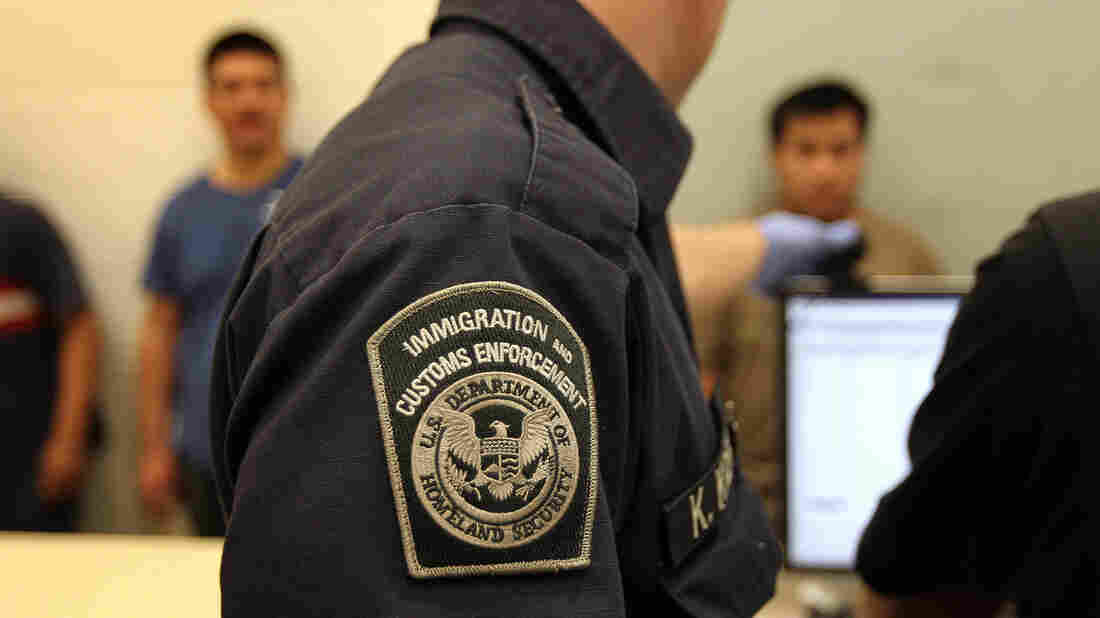 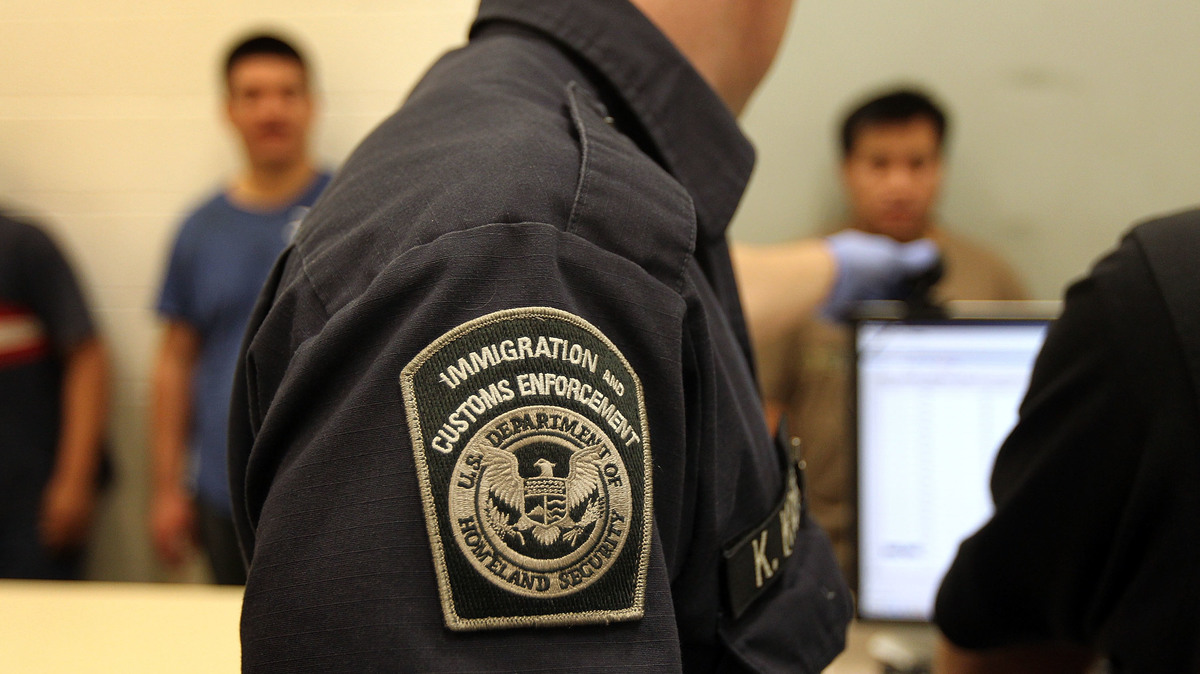 U.S. Immigration and Customs Enforcement, or ICE, has begun issuing weekly reports that name sheriffs, the agency claims, who are uncooperative when it comes to enforcing federal immigration laws. ICE says some sheriffs are refusing the federal government's requests to hold people in their jails believed to be in the country illegally. But many sheriffs argue what they're being asked to do is not constitutional.

For years, ICE made requests of sheriffs departments to hold people in their jails even after they were free to go on local charge; the request was called a detainer. "And we honored those for years believing that was legally correct," says Mitch Barker, executive director of the Washington State Sheriffs' Association.

But, Barker says, a court ruling from April 2014 changed that. A federal judge in Portland ruled Oregon's Clackamas County had violated the Fourth Amendment rights of Maria Miranda-Olivares. Miranda-Olivares, a non-citizen, had been arrested for allegedly violating a restraining order. While her criminal case was moving forward, the county received a notice from ICE requesting it detain her.

"Even though she would've probably otherwise have been released the following day after her arrest, she ended up staying in jail for 16 days," says Juliet Stumpf, a professor at Lewis & Clark Law School in Portland.

Stumpf says the ruling found ICE detainers weren't the same as going before a judge to get a warrant, meaning they weren't a legally sufficient way to hold a person in jail.

"Since, according to the federal judge, the police had no authority to hold her at all, those 16 days, of detention, of custody, were completely unlawful, they were a violation of the Constitution," she says.

Christopher Lasch, a law professor at the University of Denver, says there's been an "explosion in the number of jurisdictions that sort of recognize this basic legal principal that a detainer doesn't provide a legal basis for prolonging the detention of somebody who should otherwise be released."

Months after the 2014 ruling, ICE did away with that type of detention request. Instead, it began asking sheriffs for what amounts to a heads up; ICE has also referred to these requests as detainers. Today, it's common for law enforcement agencies across the country to provide information to ICE. Sometimes the agency uses that information to make its own arrests.

Lasch says the new weekly reports from ICE naming sheriff's departments that don't honor detainers is shaming law enforcement for something the courts have settled.

"Basically, these detainer requests are requests for local sheriffs to violate the law," Lasch says.

Starting this month, ICE says it is using a new detainer form. The agency says, in addition to the detainer, it will also issue what's called an administrative warrant. The problem with that, Lasch says, is the warrant is issued by ICE, not a judge — doing nothing, in his view, to address constitutional concerns.

ICE declined a recorded interview, but in an email a spokeswoman maintained detainers are a legal request local law enforcement can use to continue to hold someone for up to 48 hours.

But Pat Garrett, the sheriff in Washington County, Ore., disagrees.

"If you use the term detainer, it's something that the federal courts have said is not constitutional," Garrett says.

Garrett is frustrated the new reports from ICE make no mention of court rulings. "And that omission leads readers to conclusions about the legal framework around ICE detainers that are simply not accurate," Garrett says.