Accessibility links
How We Got To The Point Of Republicans Ready To Invoke The 'Nuclear Option' In The Senate From Robert Bork to Merrick Garland and the use and overuse of the filibuster in between, the list of grievances between both parties is long. It's all led to the point of forever changing the Senate. 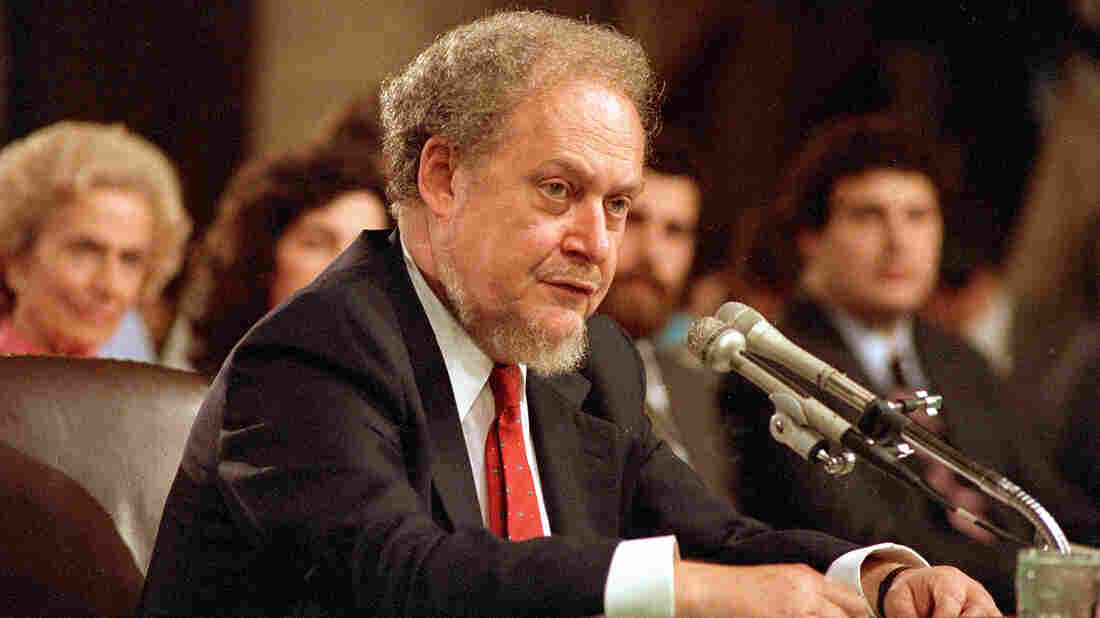 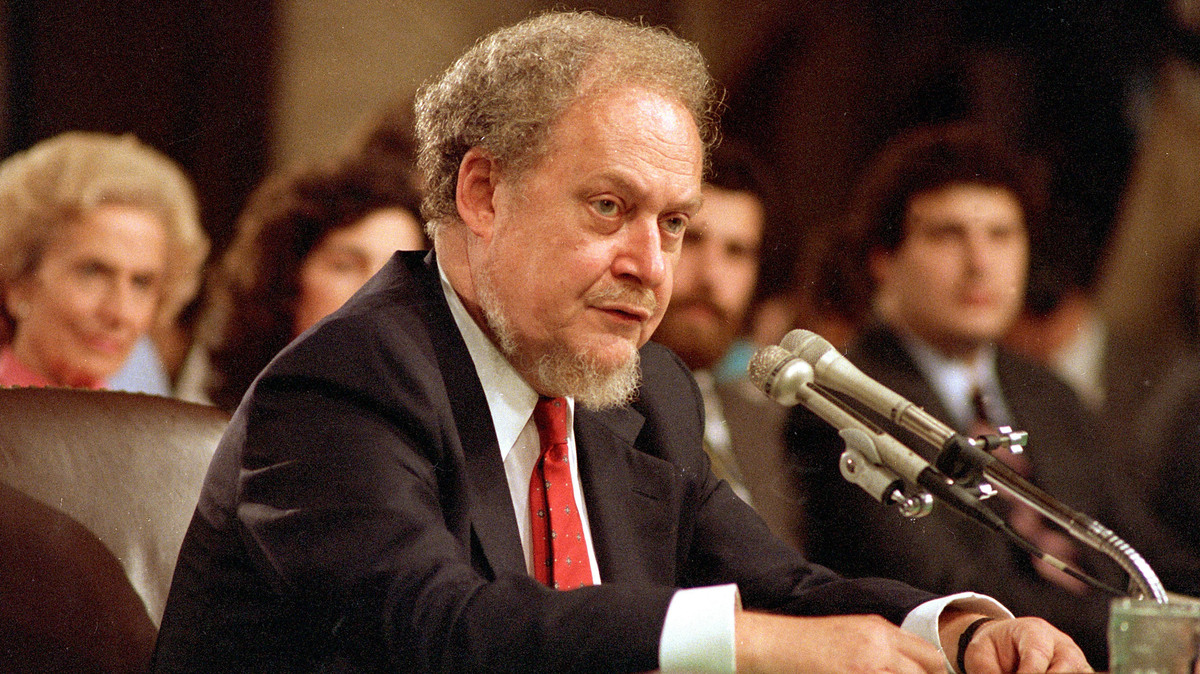 President Barack Obama stepped to the microphone in the White House briefing room and had a job to do — make the case for a major change made by his party's Senate leader to how the chamber works.

"Ultimately, if you got a majority of folks who believe in something, then it should be able to pass," Obama said in 2013 after then-Senate Majority Leader Harry Reid, D-Nev., changed the rules of the Senate to require a simple majority to allow for judiciary nominees other than those for the Supreme Court to proceed to a final vote for confirmation.

The irony of that made it a line that conservatives were resurfacing Monday, as Democrats fielded enough votes to sustain a filibuster against Judge Neil Gorsuch, President Trump's Supreme Court nominee. As a result, the Senate looks like it is careening toward a "nuclear" showdown by the end of this week. It is increasingly likely that Republican Senate leader Mitch McConnell, R-Ky., will blow up — so to speak — how the Senate works (perhaps forever) and eliminate the 60-vote requirement to end debate and advance a nominee for the high court.

Of course, the context for Obama's speech is important. Back in 2013, nominee after nominee was thwarted by the GOP minority, despite each's qualifications. As Obama also pointed out in his speech, the ones who did eventually get through did so with big majorities and few, if any, dissenters.

There were a record number of cloture motions filed during the Obama years when the GOP was in the minority. (Cloture motions are essentially what's used to end debate, which takes 60 votes, or stop a filibuster.) The filibuster has taken on new meaning over the years and been used by both parties. But its increased use by Republicans in particular over the past decade has been a big part of what has led the Senate to this point. The chart below shows just how much McConnell's use of the filibuster spiked in the Obama era and how much it has grown over the past 40 years:

"It's brought us to the point where a simple majority vote no longer seems to be sufficient for anything — even routine business — through what is supposed to be the greatest deliberative body," Obama said in 2013.

Modern use of the filibuster has frustrated presidents of both parties. But typically, the filibuster is not an issue with Supreme Court nominees. There's long been a tradition of deferring to the president to pick his justices, so long as that nominee is qualified. Democrats didn't filibuster Clarence Thomas, for example, and he was among the most controversial nominees in history. He was confirmed only 52-48.

But there was no deferring to the president last year, when Obama nominated Merrick Garland, the chief judge of the second-highest court in the land, the U.S. Court of Appeals for the District of Columbia Circuit. Garland wasn't filibustered; there was never the opportunity. McConnell refused to even let him have a committee hearing.

"[I]f seven months of preventing Judge Merrick Garland from getting a hearing and a vote is anything, it is the longest and most successful partisan filibuster in Senate history," Democratic Sen. Chris Coons of Delaware said Monday in explaining why he was supporting a filibuster.

Now, there are concerns that the elimination of the filibuster for Supreme Court nominees will make the nominating process more partisan — that in 50 years if the court has changed with less qualified justices on it, people will look back on this week for when it all happened.

George W. Bush's pick of White House counsel Harriet Miers was derailed by conservatives — from those who were uncomfortable with the fact that she didn't have a public record of opposition to abortion to those who thought she wasn't qualified. 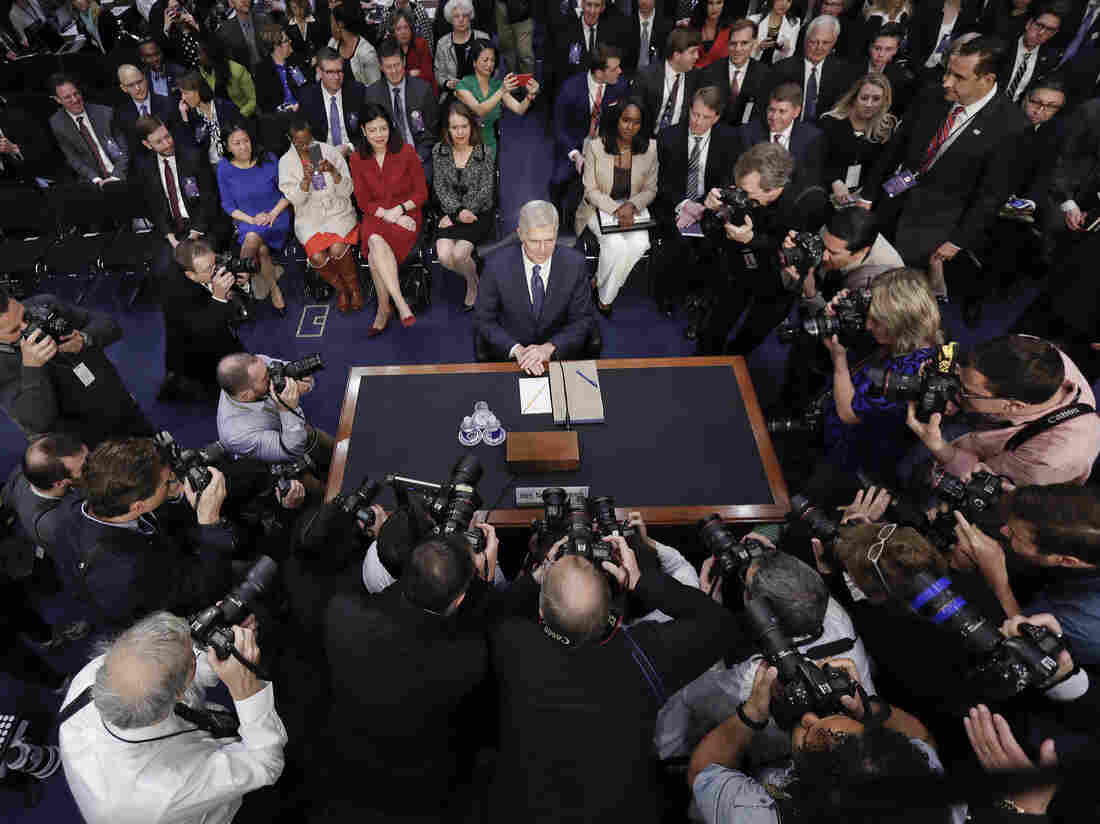 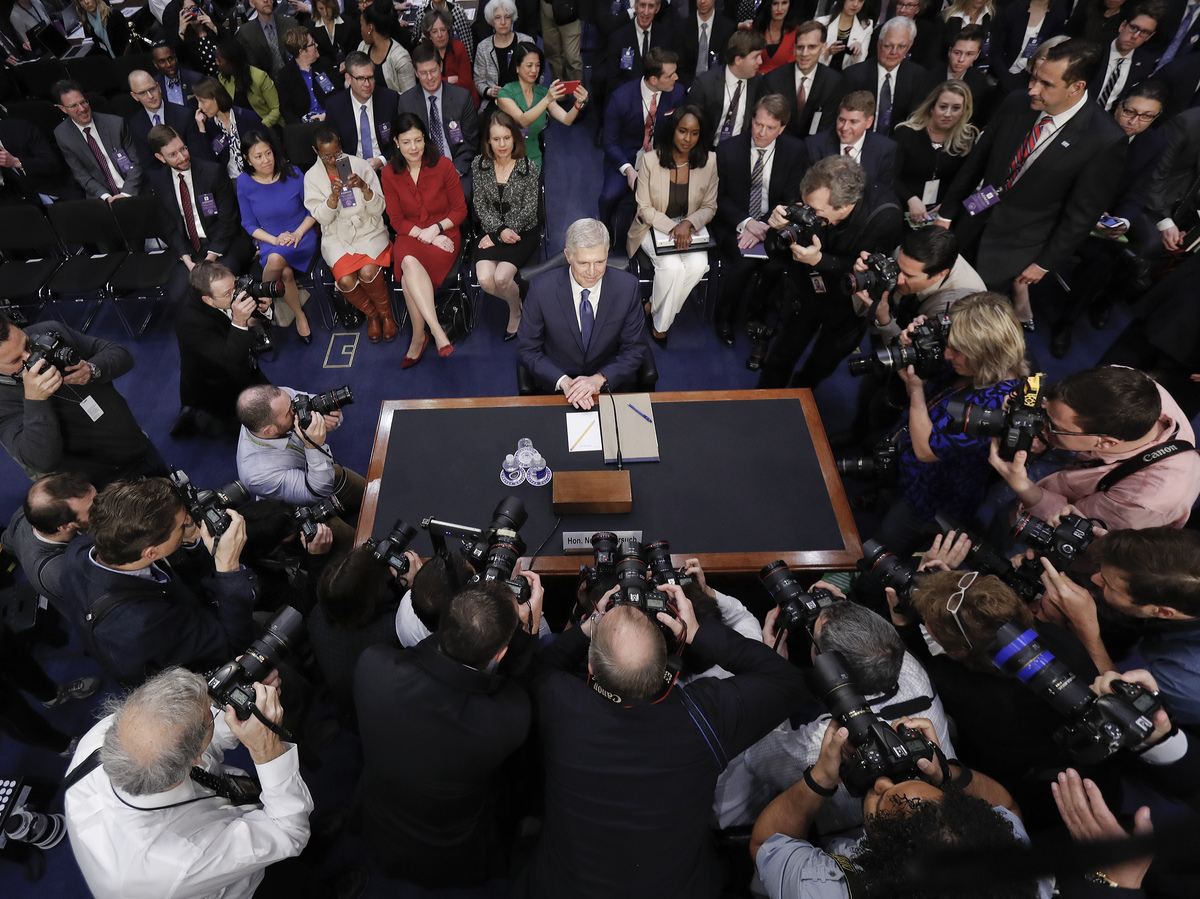 Among those who didn't think she was qualified, ironically, was conservative legal scholar Robert Bork. Bork is the same former Supreme Court nominee who is at the heart of the seeds of Republican resentment toward Democrats over high court nominees.

Bork was the last nominee outright rejected by the Senate. That happened 30 years ago, but Republicans are still smarting over it. Bork's name has even become a verb. As The Atlantic defines, being "borked" means "to have one's nomination to high office be subject to zealous political attack."

After Bork, someone who didn't shy away from making his views public, nominees instead became coached on how to say as little as possible in confirmation hearings.

The other Republican irritation is Miguel Estrada, a Harvard Law grad who had his nomination to a federal judgeship on the D.C. Circuit in 2003 blocked by a Democratic filibuster. Democrats believed he was not forthcoming enough, because he didn't provide "documents and information about his legal views," Janet Hook wrote in the Los Angeles Times. By the way, here's a peek at the politics back then with some familiar storylines from the piece:

"Estrada's nomination also has become a cause celebre among liberal and conservative activists, increasing the pressure on Democratic and Republican Senate leaders to lock horns over the issue. The activists view the nomination as a trial run for a future fight: a possible vacancy on the U.S. Supreme Court. Adding to the stakes, Republicans have sought to turn the battle over Estrada, 41, into a proxy war for the political loyalty of Latino voters, whom Bush has made a point of courting."

Both sides have their grievances. And those grievances are adding up to something that no one on either side seems happy about — forever changing the "world's greatest deliberative body" into ... something else.