Accessibility links
Alec Baldwin On Career Highs And Lows And Playing A 'Larger Than Life' Trump Baldwin tells Fresh Air that his SNL impression of the president is purposefully exaggerated. "There's a kind of volume to it," he says. "It's kind of the Macy's Day Parade [version] of Trump." 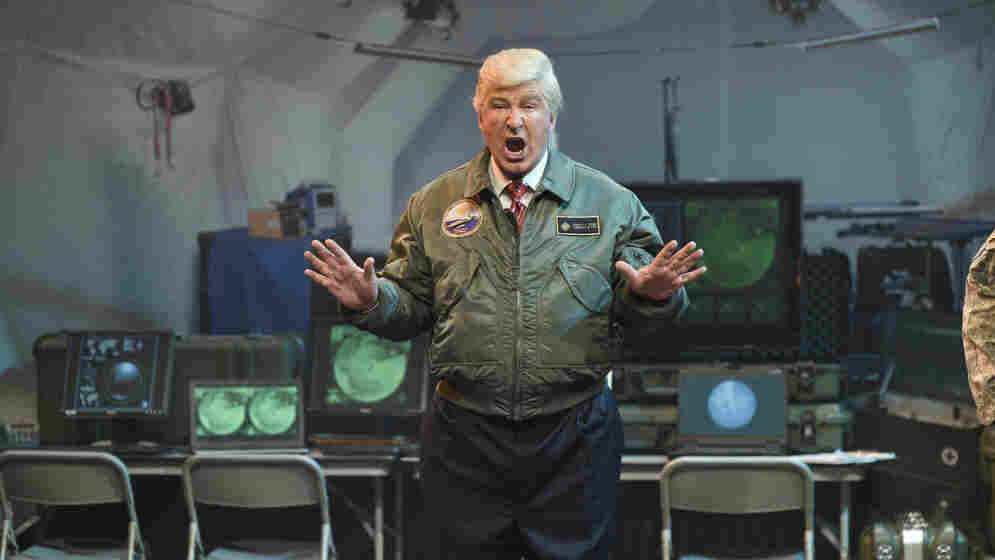 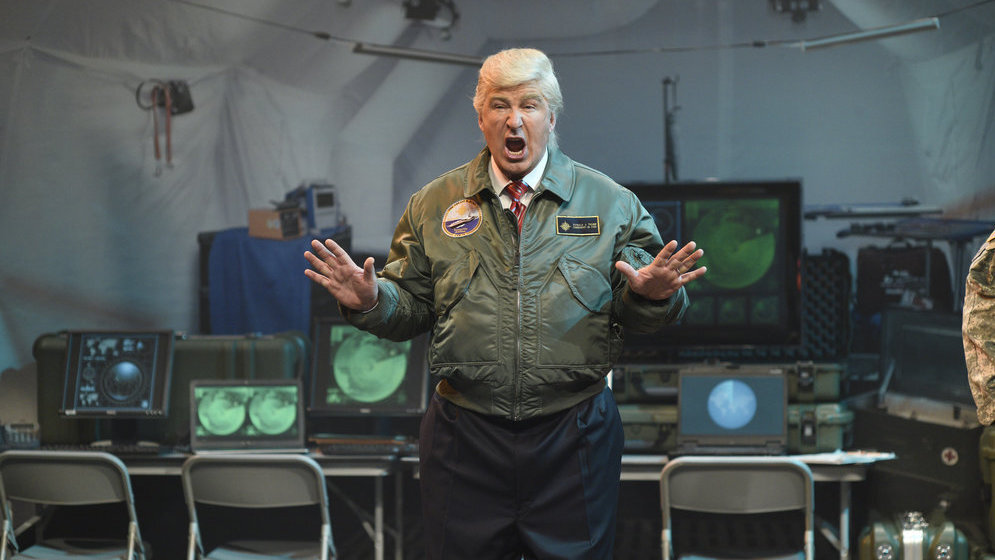 Alec Baldwin has been keeping busy lately. The star of the animated film The Boss Baby has a new memoir out and also keeps popping up on Saturday Night Live to play President Trump.

Baldwin tells Fresh Air's Terry Gross that his impression of the president is purposefully exaggerated. "We're doing it live on a TV show at 11:30 at night in front of a live audience, so there's a kind of volume to it," he says. "It's kind of the Macy's Day Parade [version] of Trump — it's a very larger-than-life thing."

Baldwin grew up in a family of six kids on Long Island, N.Y. His father, a dedicated high school teacher, didn't make much money, but they bonded over late-night classic movies. Initially, Baldwin thought he would pursue a career in law and government, but he decided instead to go into acting — much to the chagrin of his mother. "She was apoplectic," Baldwin says. "She was screaming on the phone, 'What is wrong with you?' "

Baldwin details his entry into show business, as well as the highs and lows of his career and his life, in his memoir, Nevertheless.

On his Trump impression on SNL

I say, "Left eyebrow up, right eyebrow down, stick your mouth out as far as you can like you're trying to bite somebody's nose off, and just kind of growl with that irritability. ..."

The [thing] I try to lock into and kind of hold on to just for that brief five minutes of the cold opening is [Trump] not having any fun. ... He doesn't shut up about how rich he is. He doesn't stop talking about how much money he has, and how much privilege he has ... and he just seems miserable. If he's an advertisement for wealth and privilege, then, good God, I think it's terrible.

I walked out of that house with almost crippling OCD. Like I'd be standing in the hallway of my apartment in New York and the driver was downstairs and I needed to get into the car now, like right now, or I was going to miss my flight, and I'd be making sure that all the books were stacked neatly on the table in the entry hall of my apartment. 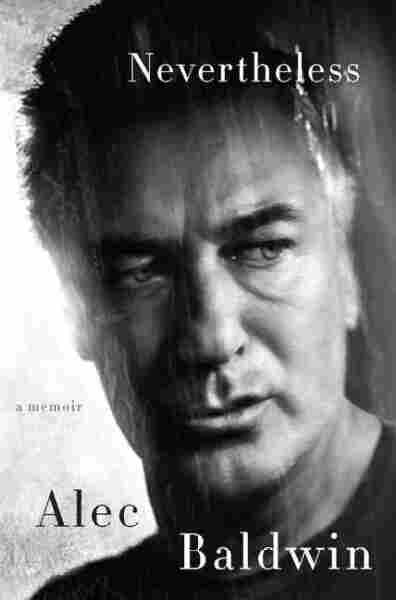 I'd be sitting there literally with my thumbs squeezing the books so all the seams were right and the books were stacked just so, and whoever was primary in my life would be looking at me like, "You're kidding, right? You realize we're going to miss the flight." I'd be like, "Excuse me?"

I didn't realize it was all coming out of this house of mine, which was just a hurricane and a mess all the time, because my mother just didn't have the energy to clean up after six kids all the time.

Even unconsciously, my whole life became about I don't want to be like my dad. ... I don't want to get in trouble financially. A man's job is to make as much money as he can, that's it. That's it. ... That effed up my career in some ways; I didn't really do what I wanted to do careerwise. ...

There's a turning point, which I view clearly as a turning point, there's a spell of time there where I go and I don't do Prelude to a Kiss on Broadway and I go do The Marrying Man, because they're going to pay me a million dollars for the first time in my life, and I thought, "Well, that's who I am. I'm a guy that's going to star in films, and you're going to pay me a lot of money, and that's the career I want to have."

The movie was not a good movie, and I should've done Prelude. I should've followed the instincts I had up 'till then. My instincts, if I had followed them, I would've gone to Broadway, and I would not have chased the money, but I did the money instead, because people talked me into that.

On staying committed to his work as an actor

I think that people who are actors very often ... have kind of a phobia of being caught undercommitted to their work. ... When I did Mission Impossible a couple of years ago with Tom Cruise ... I said to Tom, "What motivates you?"

In some way Tom is mesmerizing to me, in terms of his career and his work ethic. I said, "What drives you now? You're so many years into this." ... He says, "I gotta give them their money's worth ... on both ends, the people who are writing me my check and the people who are buying tickets to the film. I've got to give on both ends." ...

And I've felt that same way. A lot of actors ... go to tremendous lengths to commit to their work as actors.

Alec Baldwin: A 'Rock' Throughout The Ages

On aging in Hollywood

Ian Parker from The New Yorker ... wrote an article about me and he described me [as resembling] ... "an NFL football player in his broadcasting years," and I thought that was a very funny description, in the way where you kind of let yourself go and don't really tend to that grooming and that kind of self-examination.

I guess there was a part of me that it was maybe even a form of depression. ... There was some of that. I didn't care enough, and I started to care about other things. Plus, the really difficult thing was my divorce and my custody battle for my daughter, were right around 2002 and on through about 2007, 2008, it was a lot of more bad than good in my life, quite frankly.