Accessibility links
Steve Bannon, White House Chief Strategist, Loses Spot on Trump's National Security Team Bannon had been elevated to the national security group in an unprecedented move in January. He will retain his role as senior adviser for domestic affairs. 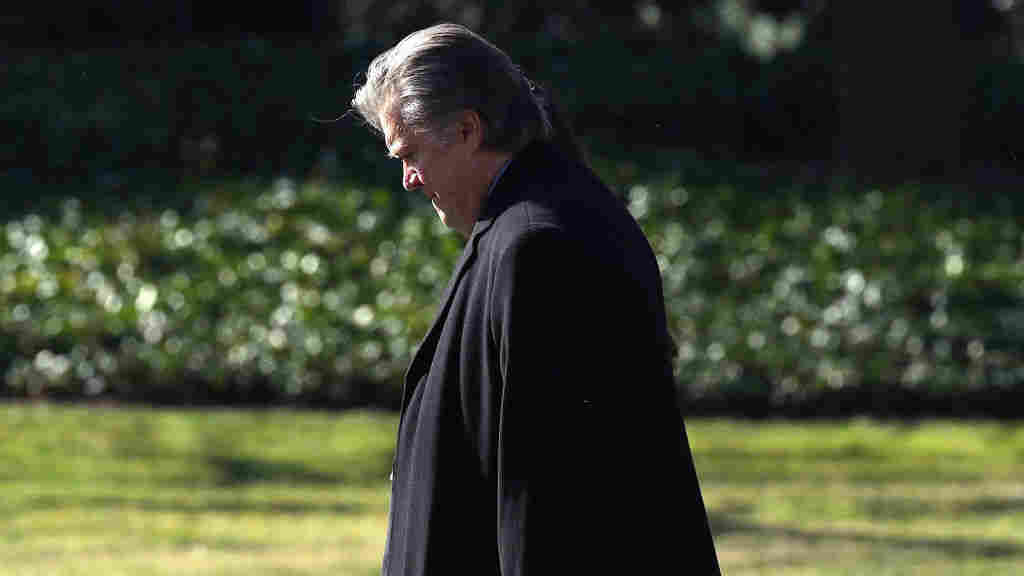 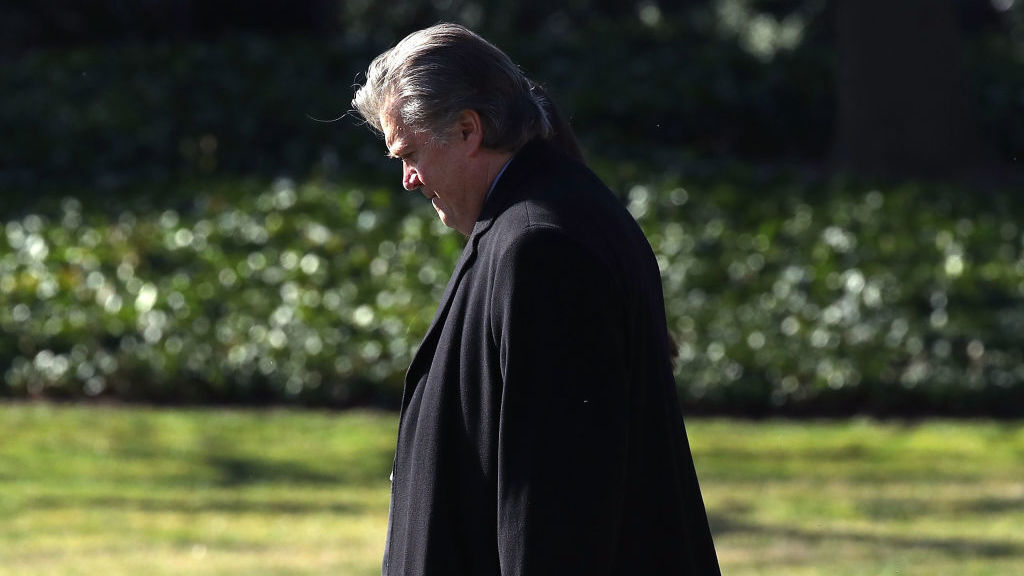 White House chief strategist Steve Bannon walks toward Marine One before departing from the White House in February.

Steve Bannon has been removed from his controversial role on the National Security Council just months after he was elevated to the position.

President Trump's chief strategist will no longer be a regular attendee of the principals committee of the NSC, but he will retain his role as senior adviser for domestic affairs.

With National Security Council Shakeup, Steve Bannon Gets A Seat At The Table

Director of National Intelligence Dan Coats and Chairman of the Joint Chiefs of Staff Joseph Dunford have been elevated to the principals committee again after their roles within that group were changed shortly after Trump took office.

Bannon's presence on the NSC principals committee showed the considerable influence the former head of Breitbart News, the controversial right-wing news outlet that became a platform for the so-called alt-right movement, now wielded in the West Wing.

Now a new presidential memorandum, published Tuesday in the Federal Register, removes Bannon from his permanent place on the NSC, which no previous top White House political adviser had ever held.

Bannon said in a statement to the Wall Street Journal that while Obama national security adviser "Susan Rice operationalized the NSC during the last administration[,] I was put on to ensure that it was de-operationalized. General McMaster has returned the NSC to its proper function."

McMaster was named national security adviser in late February after Michael Flynn, Trump's first pick for that role, was fired less than a month into the job following revelations that he had misled Vice President Pence over his conversations with a Russian official on U.S. sanctions during the transition.

According to the Federal Register, the new memo also adds the director of the Central Intelligence Agency, the U.S. ambassador to the United Nations and the secretary of the Energy Department to the principals committee.