Accessibility links
In 'Flowing Over' Video, Palehound Enters The Ring Ellen Kempner documents grief on a buzzing new song and collaborates with the Boston League of Women Wrestlers for the video.

Songs We Love: Palehound, 'Flowing Over' 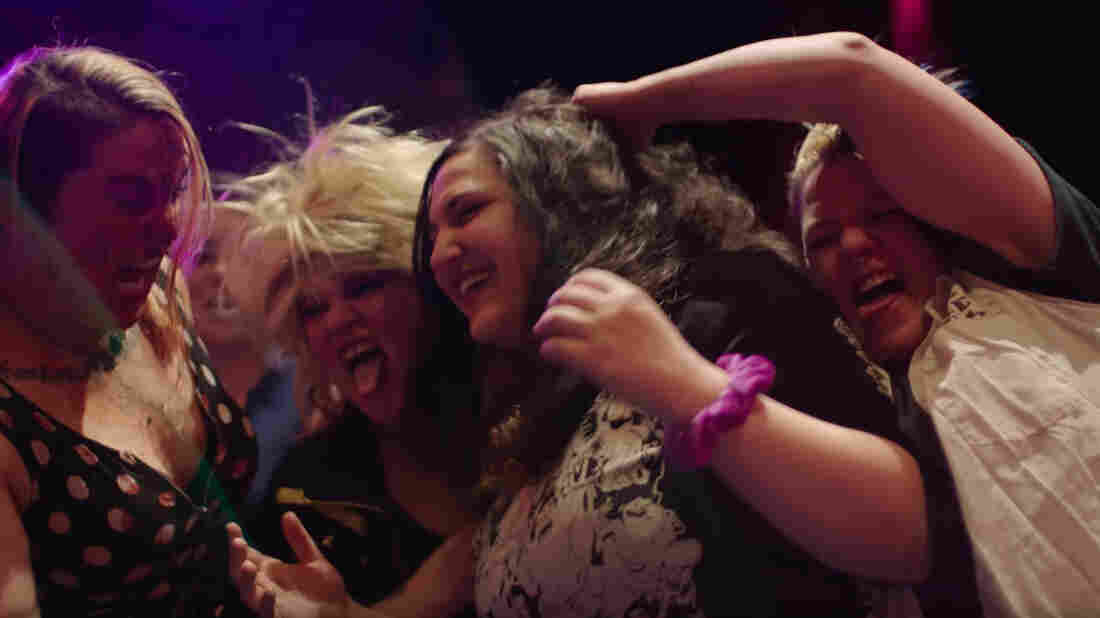 Ellen Kempner gets tackled in a video for Palehound's "Flowing Over." YouTube hide caption 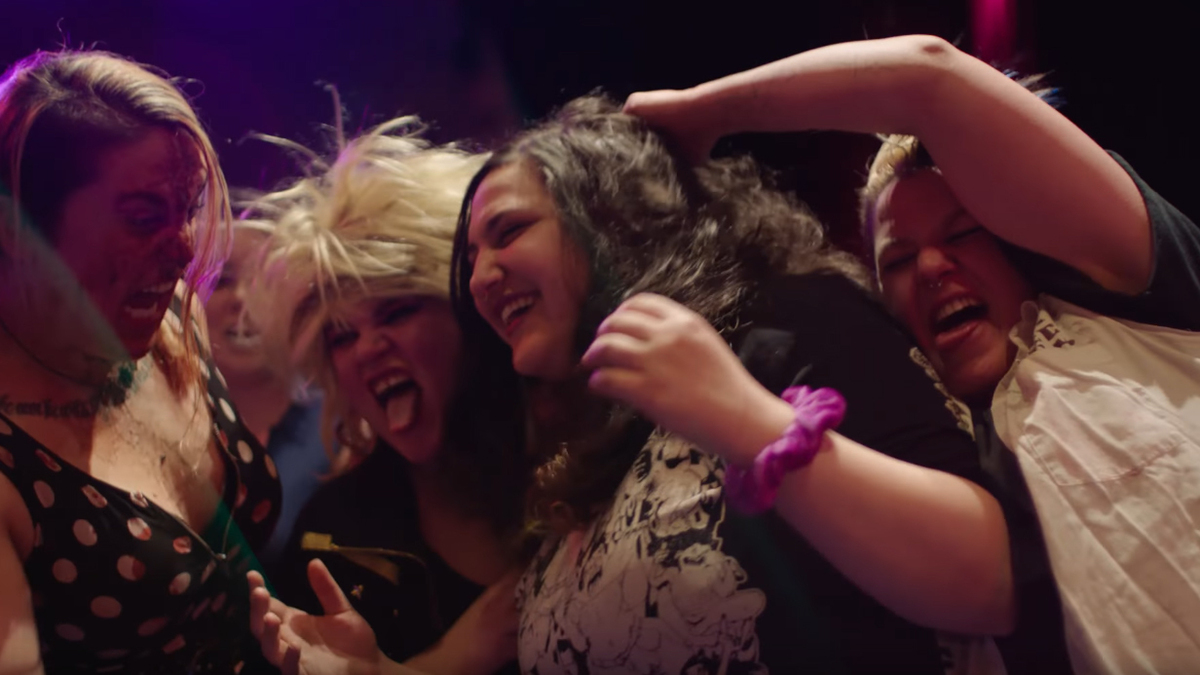 Ellen Kempner gets tackled in a video for Palehound's "Flowing Over."

The death of a loved one is an inevitable aspect of life for everyone, but we're never quite prepared for it. Whether it's unforeseen or expected, it's always a shock that can send us reeling when it happens. Ellen Kempner, the Boston-based songwriter and guitarist of Palehound, understands this firsthand. In relatively close succession last year, Kempner experienced the sudden death of one of her close friends and, later, the decline and passing of her grandmother. "I have been pretty lucky my whole life up until now to have not lost anybody significant to me," Kempner tells NPR. "It's always been one of my biggest fears: losing family or a friend ... Honestly, the only way I could think to make sense of it was to write songs about them, for them, and about myself in the midst of it all."

On A Place I'll Always Go, the forthcoming follow-up album to Palehound's superb 2015 debut, Dry Food, Kempner documents this tragic period of her life in revealing detail, channeling her grief into compassionate and relatable songs that mull over love, mortality and the lingering ache felt with their absence. She also grapples with the overwhelming, sometimes at-odds floods of emotions and guilt that arise when attempting to get back to everyday life — which can often feel insignificant in the aftermath of loss, but is crucial to healing.

The results can be heard on the new album's galvanizing first single, "Flowing Over," which both captures Palehound's trademark sound — scrappy and buzzy guitar rock, bolstered by Kempner's dexterous riffs — and, thanks to the band (which now features drummer Jesse Weiss and bassist Larz Brogan), also offers some darker, nuanced shades that evoke the album's themes. On "Flowing Over," Kempner is as direct and personal as ever. "And I know your words are sugar but now's not the best time for me / I've got teeth with roots down to my feet," she sings before careening into the cathartic chorus, "Flowing over 'til I'm empty!"

Kempner says she wrote "Flowing Over" as "kind of a callout to myself to get my act together. I have really bad chronic anxiety and always find myself doing things that perpetuate it, like listening to a sad song when I'm already super down. It's a masochistic habit I have of psyching myself up so intensely that I explode and then spend the rest of the day feeling helplessly exhausted." And while Kempner describes listening to sad songs in order to feel better, "Flowing Over" feels like the type of song people might turn to in their own tough moments.

When coupled with a fantastic music video, "Flowing Over" takes on a different meaning. Featuring the Boston League Of Women Wrestlers (or BLOWW), the video, directed by Jay Buim, depicts a group of women and non-binary wrestlers preparing for a match: They suit up into wild, colorful costumes and evocative makeup; assemble their DIY ring; and do some stretches. And then it all erupts into an all-out, action-packed melee — full of flips, chokeholds and pummeling faces into mats. While the ferocious, fun exuberance matches Palehound's heavy power chords and gnarly hooks, the video also infuses the song with a message of inclusion and empowerment.

In a statement to NPR, Kempner reflects on the video's origins:

The first time I saw BLOWW perform, their energy was so intoxicating that I couldn't get them out of my mind for days. Watching other women/non-binary people exert so much of their time and energy into their passion, I immediately felt inspired to step up my game.

And Heather Mack, a member of BLOWW, describes her involvement:

Working on this video was an actual dream come true! It was so cool to have a chance to document the real-life, behind-the-scenes process of stepping into our badass rasslin' personas, from wig taping to trash talking, to the main event where we got to show off our chops in a fun, supportive environment. We are huge fans of Palehound and were so honored to be asked to represent the energy of this song in such a unique and powerful way. Cheers and chokeholds!

Palehound's album A Place I Will Always Go comes out on June 16 on Polyvinyl.