Accessibility links
'Tell Me How It Ends' Offers A Moving, Humane Portrait Of Child Migrants Valeria Luiselli's new book is based on her experiences working as an interpreter for Central American child migrants seeking entry to the U.S. Critic John Powers calls it "fair minded and expansive." 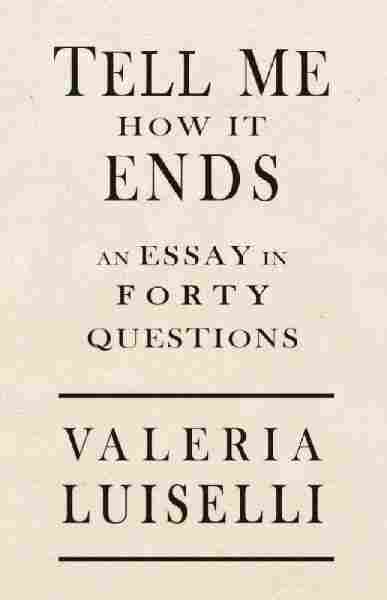 Tell Me How It Ends

An Essay in Forty Questions

Back in the 1980s, Salman Rushdie wrote that the defining figure of the 20th century was the migrant. I think his claim may be even truer of the 21st century.

These days, the whole world, including our politics, is being shaped by migration. Few people explore the nuances of this reality more skillfully than Valeria Luiselli, a strikingly gifted 33-year-old Mexican writer who knows the migratory experience first-hand.

Born in Mexico City to an Italian family, Luiselli spent her childhood in South Africa, her teens in Mexico and now lives in New York with her husband and their kids. Not surprisingly, her first three books — two novels and a collection of essays — are bursting with ideas on dislocation, national identity and knowing where you belong.

These lofty-sounding themes take immediate, painfully concrete form in her latest book, Tell Me How It Ends: An Essay in Forty Questions, a deceptively slim volume just out from Coffee House Press. Where Luiselli's earlier work was marked by an elegant, hyper-literary sensibility, this compassionate new one finds her in a head-on confrontation with daily reality.

The book is based on her experiences working as an interpreter for dozens of Central American child migrants who risked their lives crossing Mexico to escape their fraught existence back home. To stay in the U.S., each must be vetted by the Citizenship and Immigration Services, a vast, impersonal bureaucracy. It's a bit like competing in the ultimate reality show, one in which it's terrifyingly easy to get voted off the island and sent back to the country you fear wants to kill you.

As a translator, it's Luiselli's task to help these kids, who range in age from 6 or 7 into their teens, most of whom came alone and were either caught at the border or went to the authorities themselves.

They must answer 40 official questions that will determine their fate. While these sound simple enough — the first one is, "Why did you come to the United States?" — answering each is like passing through a doorway covered in cobwebs that can't be shaken off. 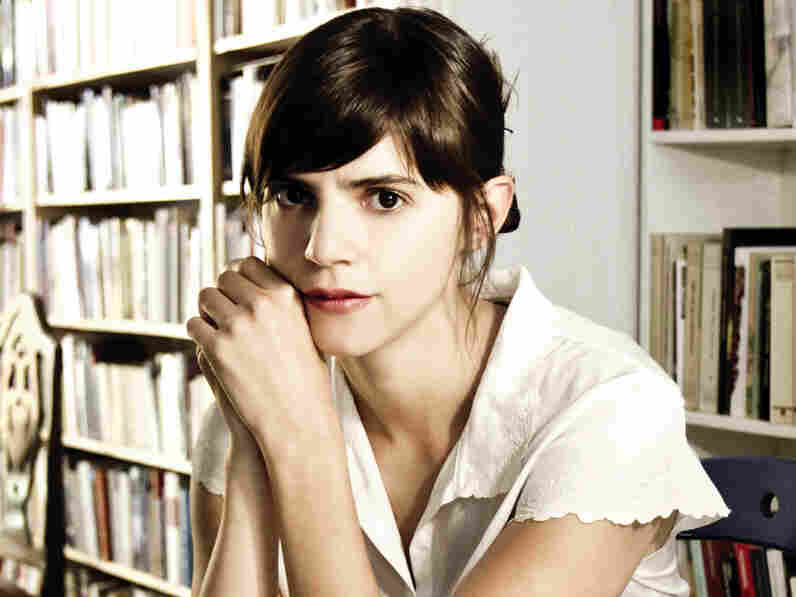 Valeria Luiselli's previous books include Faces in the Crowd and The Story of My Teeth. Alfredo Pelcastre /Coffee House Press hide caption 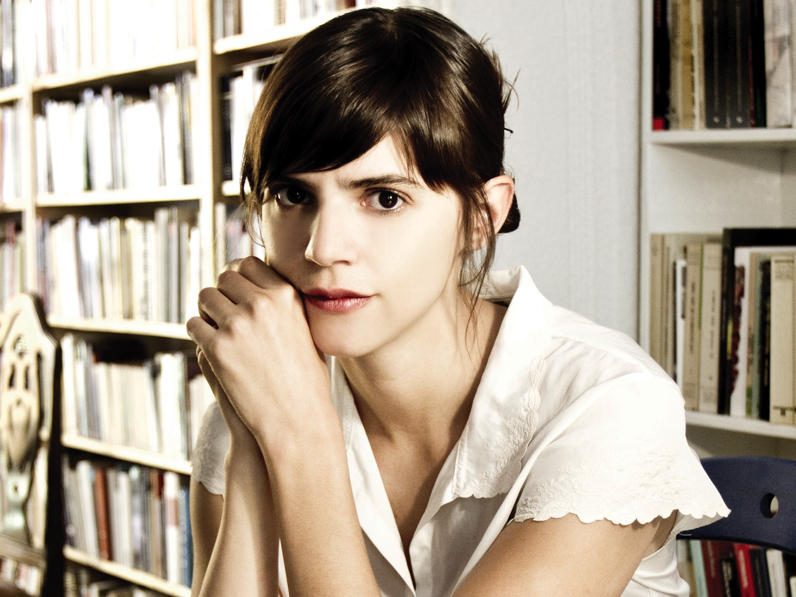 Valeria Luiselli's previous books include Faces in the Crowd and The Story of My Teeth.

For instance, Question 7 asks, "Did anything happen on your trip to the U.S. that scared you or hurt you?" Luiselli says that children rarely give an honest answer, not because they're lying or evasive, but because the truth is too awful to tell. You see, 80 percent of migrant girls and women who cross Mexico to the U.S are raped along the way.

"When I have to ask that seventh question," Luiselli writes, "All I want to do is cover my face and ears and disappear." But she swallows her shame and rage in hopes of hearing details that will help the child's case.

This book is fueled, in no small part, by Luiselli's bottled up shame and rage. She's aghast at the gap between American ideals and the way we actually treat undocumented children, who are often seen as being "like a biblical plague." That said, this is no hectoring screed. It's measured, fair-minded and expansive.

Luiselli points out how cruelly Mexico treats Central American migrants, too. And she deftly shows how the U.S. and Central America aren't distinct entities but part of the same complicated social eco-system.

The street gangs that migrant kids are fleeing in El Salvador emerged during the American-backed civil war in that country. They began in L.A., their members got deported back to San Salvador, and now have branches on Long Island that menace refugees who left Central America to get away from them.

Still, for all its nuts-and-bolts look at the immigration process, what makes Tell Me How It Ends so moving and humane is that Luiselli doesn't serve up a catalogue of horror stories that soon grows numbing. In a touch that personalizes the migrant story, she deftly links the experiences of migrant children with her own efforts to get a green card and make a life here with her family.

Luiselli takes us inside the grand dream of migration, offering the valuable reminder that exceedingly few immigrants abandon their past and brave death to come to America for dark or nasty reasons. They come as an expression of hope.

"Once you're here," Luiselli says near the end of the book, "you're ready to give everything, or almost everything, to stay and play a part in the great theater of belonging."