Stream The South African Producer's Forthcoming Album In Its Entirety 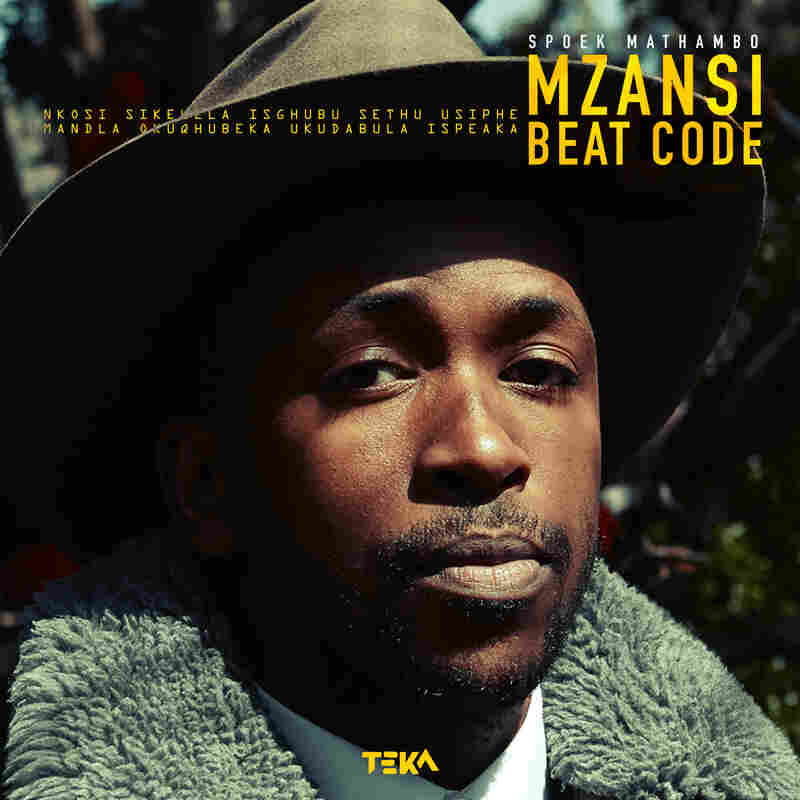 Mzansi Beat Code is Spoek Mathambo's fifth solo album, the latest salvo of a decade-plus-long career during which the rapper/producer has established himself as one of South Africa's primary contributors to the global dance-music zeitgeist. It is also a far-flung, sociopolitical unification statement that, in one form or another, isn't new to Spoek. But unlike prior attempts, Mzansi Beat Code doesn't simply consider and curate the diverse sounds of South Africa's nine provinces; it is a fully formed point of view that places the 34-year-old musician at the country's creative center.

The focus, as it's often been for Spoek (born Nthato Mokgata), is to "de-exoticize" South Africa's post-Apartheid cultural history, its internal struggles, and its place in the global slipstream. In his music, such goals have rarely taken the form of straightforward political lyrics. Instead, as a product of the hip-hop/house era who in his teens created a music 'zine that chronicled SA's sonic networks, Mathambo has always been more focused on freeing and uniting posteriors. That's appropriate, since in Mzansi, a widely adapted Xhosa word for the republic, there are more beat codes than tribal languages.

Throughout his career, Spoek has complemented his own recordings of rap-meets-dance music ("Township Tech" to some) with projects like 2009-10's H.I.V.I.P. DJ mixes, 30-40-minute bursts of local kwaito/house/rap/electro from all over SA that became Internet sensations, and used the social paranoia of the country's AIDS pandemic as its thematic jump-off point. Or there was Future Sound of Mzansi, the 2015 documentary Spoek directed with filmmaker Lebogang Rasethaba, profiling SA's biggest electronic artists, DJs and dance-music styles, still segregated from one another 20 years after Apartheid's end. The past two years found him partnering with musicians he met making Future Sound; in the bands/collectives Batuk and Fantasma, Mathambo brought together some of SA's finest talents under the rhythmic ideals of the worldwide funkadelic.

Mzansi Beat Code reunites many of these collaborators back at Spoek's house, building on his lifelong pursuit of a pan-Mzansi aesthetic while also widening the garden of SA's delights to incorporate global vibes. House music being SA's hometown sound, it is the album's cornerstone. Yet in Mzansi, house is less a genre than an assortment of adjacent galaxies — and it's the variety encompassed in this universe that provides the album's best thrills.

At times, the music is extraordinarily catchy, direct without being obvious. "Want Ur Love" and "I Found U," a pair of tracks that feature Kajama (the singing sisters, Nandi and Nongoma Ndlovu) and members of Fantasma (guitarist Andre Geldenhuys, multi-instrumentalist Bhekisenzo Cele and Bacardi house mastermind, DJ Spoko) are easily understood, popular attractions — deep house grooves, by turns ribald and soulful. Yet the former is a loud, sometimes coarse, proclamation in favor of same-sex love, while the latter is steeped in sexual melancholy that is almost spiritual.

More often, the fusion of sounds speaks directly to SA's growing reputation as a prime electronic music melting pot, with Spoek as one of its most forward-thinking chefs. The tracks with Johannesburg singer/songwriter Loui Lvndon include a slice of over-sexed industrial soul ("Landed") and a break-up pop-soul confection that sounds like an alternate-world R. Kelly production ("Nothing's Ever Perfect"). "Volcan," a Spanish-language collaboration with Mexican singer Ceci Bastida, spotlights the hyperactive kinship of punk rock, soca and shangaan electro. And then there's "The Mountain," with Mathambo orchestrating a meeting of rhythm giants — Spoko, Pretoria DJ Mujava (whose 2008 track "Township Funk" was one of SA dance-music's biggest hits) and American jazz drummer Guillermo Brown in his soul-singing Pegasus Warning guise — into a martial-beat, Bacardi house stormer.

After all the hybrid futurism, it's extraordinary and appropriate that "Pula," the track which ends Mzansi Beat Code, opens with a groove that discerning Western listeners of a certain age will find quite familiar: the jaiva, or township jive, that was lifted for both Malcolm McLaren's "Double Dutch" and much of Paul Simon's Graceland. It is a reminder that Anglo artists have been biting parts of this beat code for quite a while, without unlocking it. Of course in Spoek's house, such obvious reminders are only a gateway. By the end of its five minutes, "Pula" has brought back Spoko, but also added the young producer Mash.O, the chanting kids of the rural community of Platfontein, and contemporized that jive.

Mzansi Beat Code is out April 14 on Teka Records.