Accessibility links
The Senate Is Expected To Go 'Nuclear' Thursday. What Does It All Mean? The high court will be even more polarized as future nominees become more ideologically extreme. The Senate will also be changed, as will faith in U.S. democratic institutions in general.

5 Insights On The Senate's 'Nuclear' Battle Over Neil Gorsuch

5 Insights On The Senate's 'Nuclear' Battle Over Neil Gorsuch 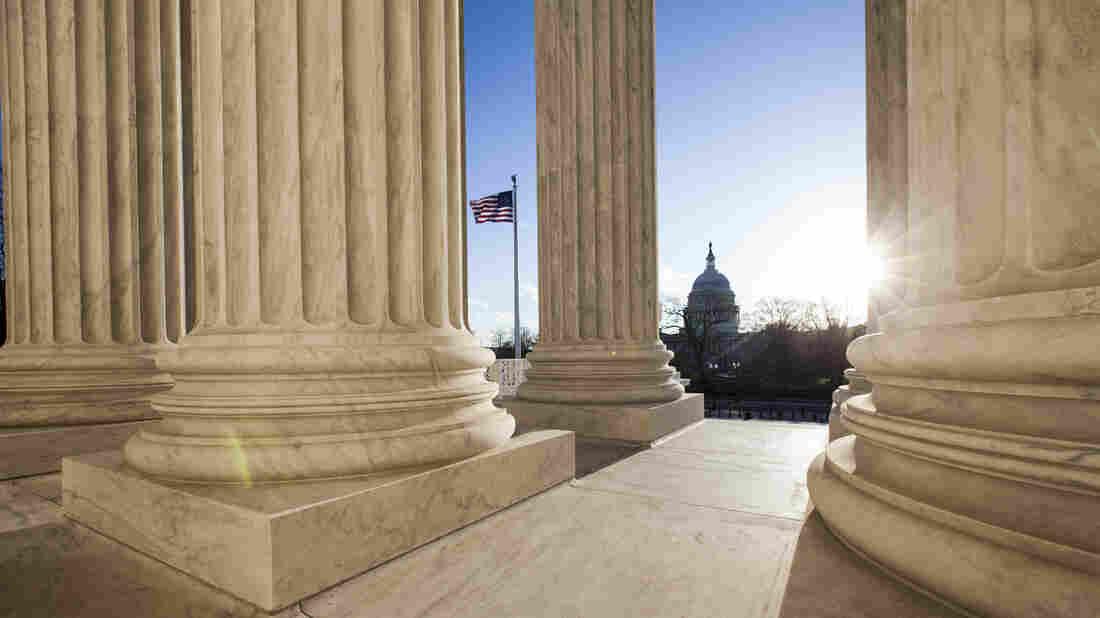 Without the power of the filibuster, the minority party in the Senate would lose its leverage. J. Scott Applewhite/AP hide caption 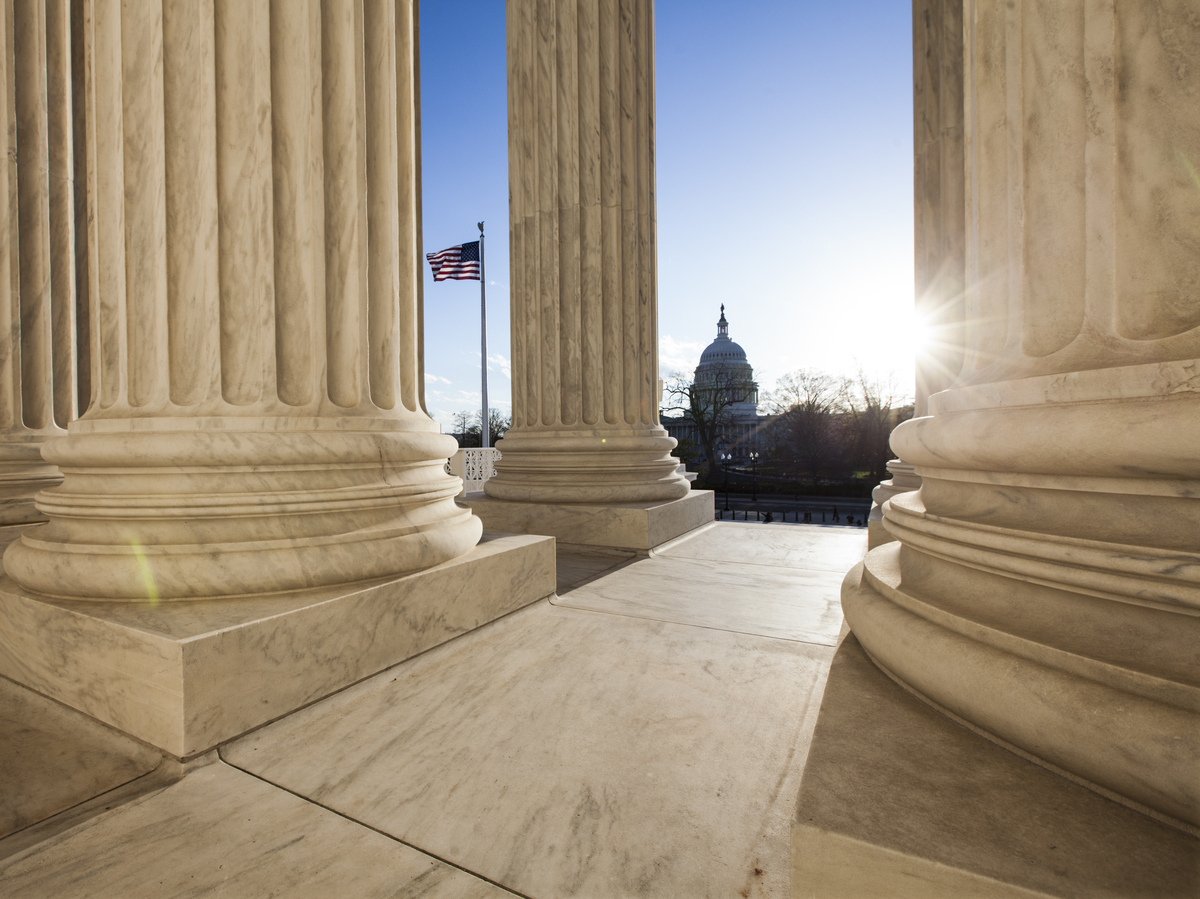 Without the power of the filibuster, the minority party in the Senate would lose its leverage.

Thursday is the day the judicial filibuster in the Senate is scheduled to die. There hasn't been much of an effort to save it, but there have been a lot of lamentations for the slow demise of the World's Greatest Deliberative Body (WGDB), otherwise known as the U.S. Senate.

Here are five insights into what the death of the judicial filibuster means:

1. The winners and losers

It's hard to picture anyone coming out of this looking like a winner after all the senatorial mourning. Sen. Ben Sasse, R-Neb.: "It's obvious that the Senate is not a healthy institution." Sen. John McCain, R-Ariz., agreed that "this was the beginning of the end of the Senate as we know it." And Sen. Bob Corker, R-Tenn., observed: "Since I've been here over the last decade, it's been a spiral to the bottom." No one likes what's happening, but there's a depressing sense of helplessness as the WGDB acquiesces in its own devolution.

Still, there are a few winners. Judge Neil Gorsuch, of course, who will be taking his seat on the U.S. Supreme Court within days. And Republicans, who are in position to secure a conservative majority on the high court for the next generation — assuming that President Trump gets another Supreme Court opening to fill soon.

And there are losers. The court itself will be even more polarized as future nominees become more ideologically extreme. Once the "nuclear option" is triggered and it's no longer necessary to have 60 votes to move a Supreme Court nominee to a final vote, there's no need to get any buy-in at all from the minority party. Killing the filibuster for Supreme Court nominees is like saying: "Bipartisanship was just too hard. So why bother even trying?"

And it's unlikely that in a future divided government, any Congress would approve any nominee of a president from the opposing party. During the campaign, Republican Sens. Richard Burr of North Carolina and Ted Cruz of Texas and even McCain all suggested that if they retained the majority and Hillary Clinton became president, they would refuse to confirm any of her Supreme Court nominees for eight years, if necessary. 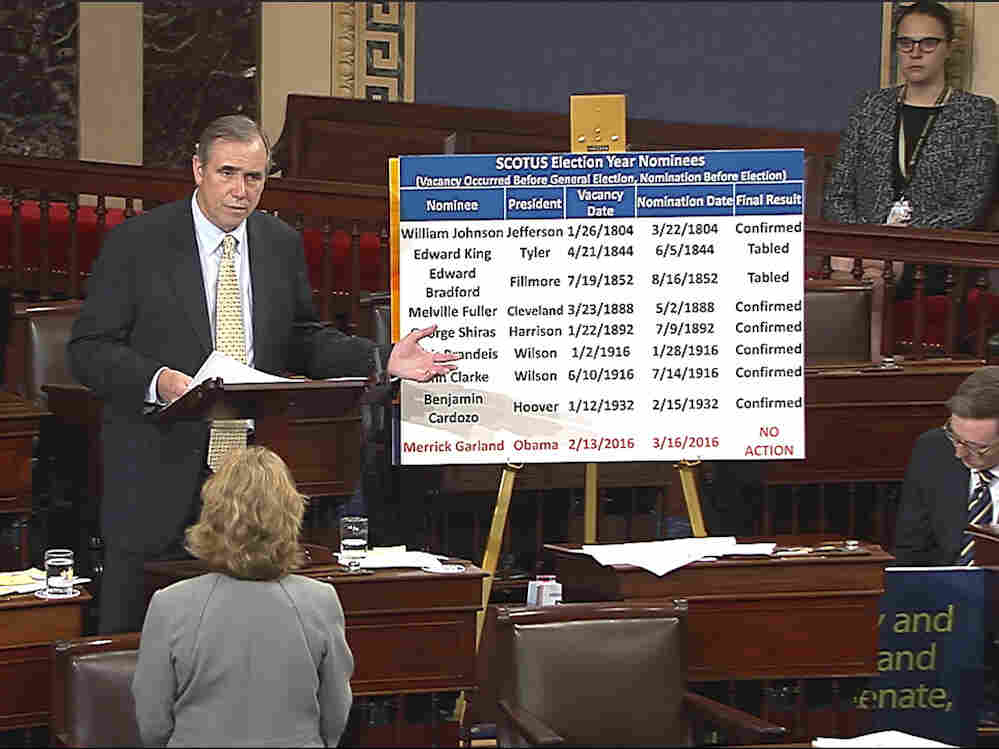 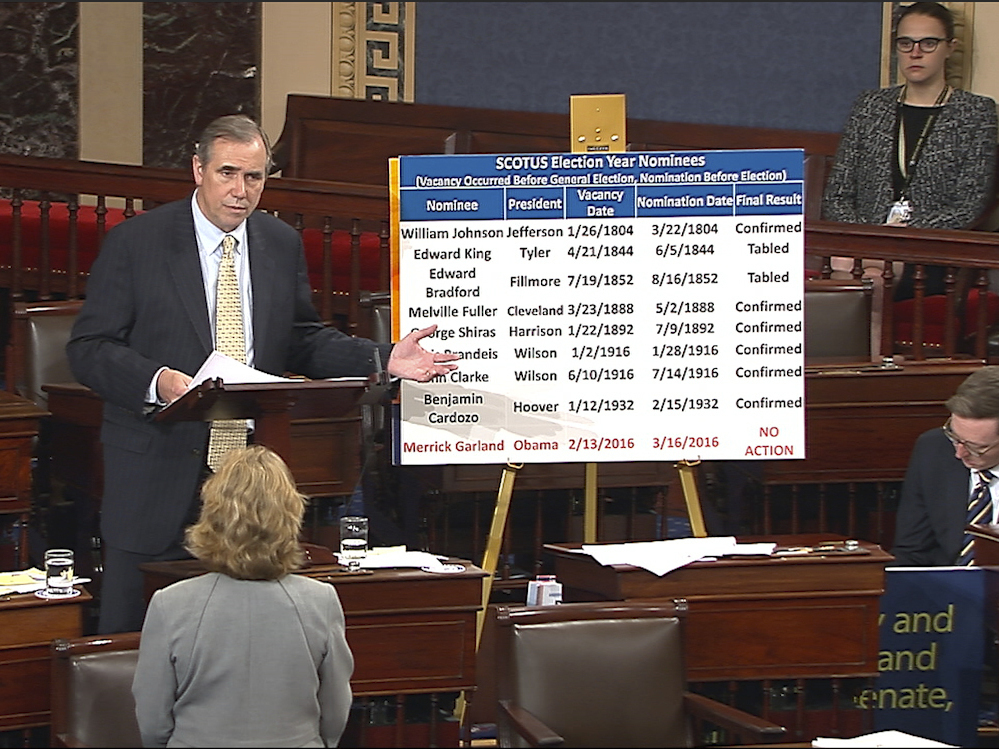 In this screenshot from video provided by Senate Television, Sen. Jeff Merkley, D-Ore., speaks on the floor of the Senate on Wednesday.

There was a debate inside the Democratic Party about whether it was a good tactic to filibuster Gorsuch and have Senate Majority Leader Mitch McConnell, R-Ky., end the filibuster now — or whether they should wait until President Trump's next Supreme Court nominee and trigger the "nuclear option" then. Either way, the filibuster — and with it the power of the minority in the Senate — was going to disappear, and a conservative majority would be on the high court.

Some Democrats thought they would have a stronger argument against getting rid of the filibuster next time around and could — maybe — pressure Trump into making a more centrist choice. But other Democrats argued that there might not be another Supreme Court vacancy before Democrats retake the White House or the Senate, and the risk of demoralizing their base voters — who want Democrats to be uncompromising in their resistance to Trump-- wasn't worth it.

It's hard to overestimate how engaged and energized the Democratic base is right now. For the first time, Democratic voters and activists care about the Supreme Court, an issue that used to motivate only Republicans. If Gorsuch is going to be confirmed one way or another, why tick off your base when you will gain nothing for it? That's the situation Democrats find themselves in this week.

3. This was a long time coming

The WGDB has been chipping away at the traditions that protect the power of the minority for years. When the Democrats were in the majority, they got rid of the filibuster for lower-court nominations after Republicans blocked all of President Obama's judicial nominees, even consensus candidates. Then, when Republicans got the majority, they escalated even further, refusing to consider Judge Merrick Garland for a committee hearing, much less a vote by the full Senate. While both sides share the blame for eroding bipartisanship, Republicans have done it more and more effectively. During the Obama administration, the filibuster was used more times than during any other administration.

4. This will change the Senate 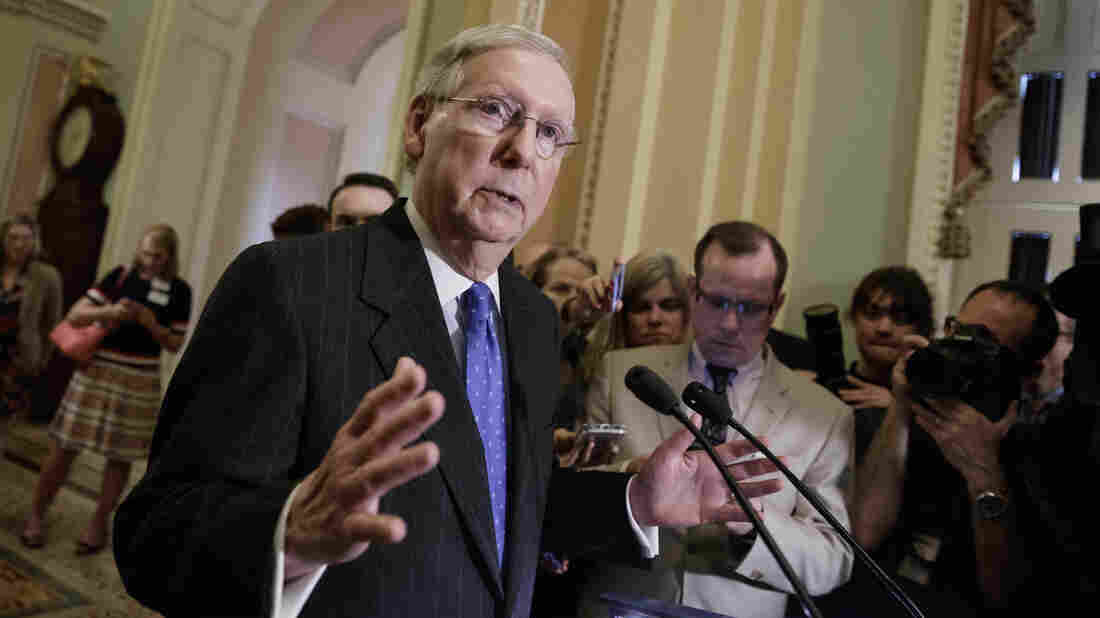 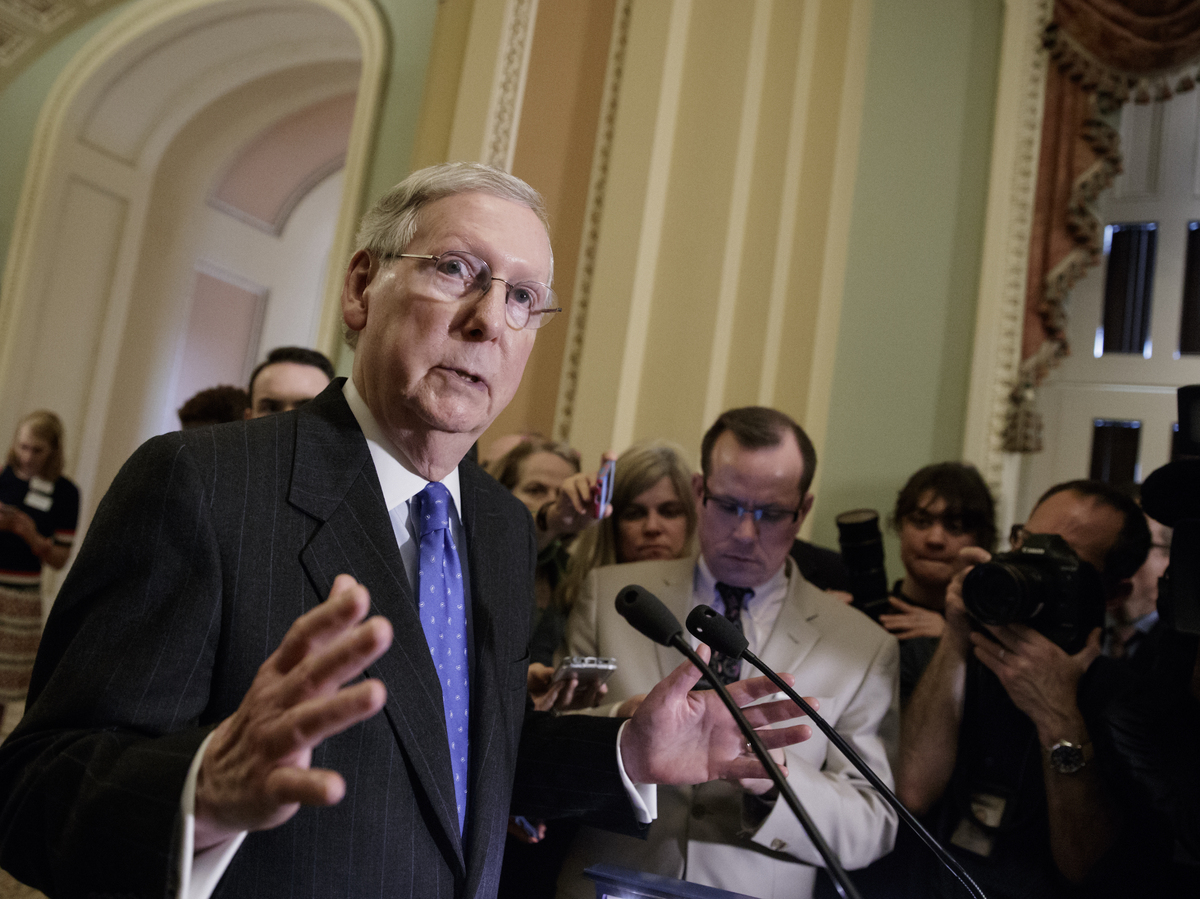 Senate Majority Leader Mitch McConnell speaks to reporters on Capitol Hill on Tuesday. He is expected to end the judicial filibuster in a bid to confirm Supreme Court nominee Neil Gorsuch.

Everyone agrees that what is about to happen is bad for the Senate and the federal judiciary, but no one seems interested in trying to stop it. What's next? Will the Senate get rid of the legislative filibuster? Mitch Mconnell says that won't happen while he runs the chamber.

If it did, the Senate would become even more like the House, where the minority has hardly any power at all.

There are reasons that Republicans may restrain themselves from getting rid of the filibuster altogether. At some point, they could be in the minority.

With a favorable electoral map in 2018, and Democratic incumbents on the defensive in red states, Republicans aren't too worried about that right now.

Pulse Check: Can The GOP Health Care Bill Be Saved?

And there's another reason: If Republicans chose to fundamentally change the nature of the Senate and become more like the majoritarian House, they could no longer blame Democrats for blocking legislation. Republicans would truly own it all.

The recent failure of House Republicans to pass a health care bill despite their big majority is a cautionary example. Maybe leaving some rules in place that force the two parties to compromise isn't such a bad thing after all.

5. But will it change democracy?

The impending death of the judicial filibuster feels like another big step down the slippery slope to tribal politics. The checks and balances that were set up to force bipartisanship and protect minority-party rights are frustrating but their purpose is to prevent the WGDB from devolving to simple majoritarianism.

It's always better when big pieces of legislation or Supreme Court justices get bipartisan support — the more, the better. If the Affordable Care Act hadn't been passed on a party-line vote, it wouldn't have remained so polarizing. But those traditions and norms only work if people want them to. Trust in all American institutions is at an all-time low, including the Supreme Court and Congress. The end of the judicial filibuster will make that trust deficit even bigger.