Accessibility links
Book Review: 'The Complete Stories of Leonora Carrington,' By Leonora Carrington Carrington's complete short stories have just been published, along with a re-release of her wrenching memoir Down Below. She's one of many mid-20th century female writers now reaching new audiences. 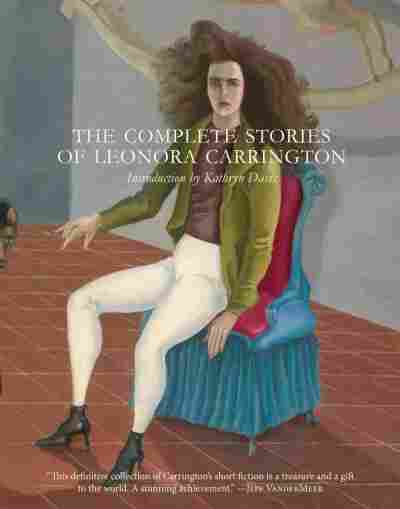 The Complete Stories of Leonora Carrington

The last few years have seen a bumper crop of published works by and biographies of many mid-20th century female writers: Angela Carter, Shirley Jackson, Lucia Berlin, Clarice Lispector — all reaching new generations of readers. Now, one more joins that list: the Surrealist artist Leonora Carrington, whose Complete Stories has just been published, to coincide with the re-release of her memoir Down Below.

Complete Stories, a collection of Carrington's published and unpublished short stories — many newly translated from their original French and Spanish — is a terrific introduction to her bizarre, dreamlike worlds. She creates hunters who are punished by God for farting in church, horses inviting passersby to play games in the House of Fear, and a hyena who takes a debutante's place at her own ball.

Carrington effortlessly slips from humor to horror in a single sentence, and while she describes increasingly odd, disturbing, and at times nearly indescribable scenarios, she does so with the dry, droll confidence of a diner reading off a menu. It takes a particular type of reader to appreciate this work, a particular love of absurdity and beauty and ugliness and the way they often occupy the same surreal space.

These stories have the distinct affect of fairy tales — intuitive logic that carries the reader from one moment to the next without a sense of cause-and-effect.

And speaking of feasts, one of the most pleasurable and disturbing recurring themes in these stories is that of consumption. In the introduction, Kathryn Davis writes that Carrington was very focused on stories of eating or being eaten, and once cut hair from a houseguest she disliked and served it to him in an omelet the next morning. 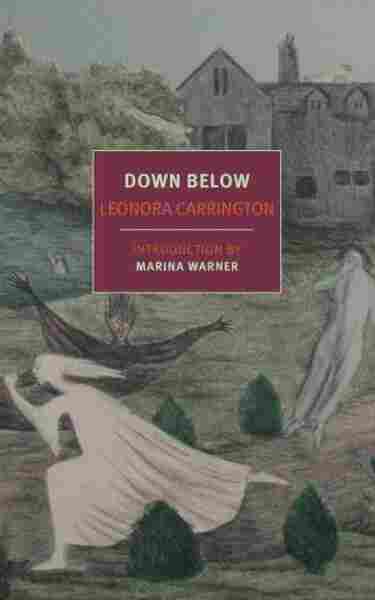 Title
Down Below
Author
Leonora Carrington

The result of this dark and particular fascination reads like a demented hybrid of Lovecraft and the Redwall series: "A plump fat chicken with stuffing made of brains and the livers of thrushes, truffles, crushed sweet almonds, rose conserve with a few drops of some divine liqueur. The chicken, which had been marinated — plucked but alive — for three days, had in the end been suffocated in vapors of boiling patchouli: its flesh was creamy and tender as a fresh mushroom."

A tad more sobering than the romp of the stories is Down Below, a slight but searing account of Carrington's commitment to a sanatorium after her longtime partner was taken to a French internment camp during World War II. So vivid is Carrington's step-by-step descent into madness — and the horrific treatment she endures, including the repeated administration of Cardiazol, a pharmaceutical equivalent to electroshock therapy — it is possible to read Down Below in a single sitting, but emotionally quite difficult. "I tried to understand where I was and why I was there," she writes. "Was it a hospital or a concentration camp?"

Reading these books alongside each other is a peculiar and singular experience. If you look at the fictional stories askance, you can see a familiar world "with its pointless rules and cruelties," as Davis writes in her introduction. You see the same with Carrington's memoir, but instead of grandmothers with apple heads being carried around by sand-and-butter camels with cruel eyes (as in her story "The Sand Camel"), you see the same pointless rules and cruelties executed by real people upon real people, and the surrealism takes on an even darker tone.

In both books, you get the distinct impression that for Carrington, reality is malleable.

In both books, you get the distinct impression that for Carrington, reality is malleable — but her stories suggest that this is because the landscape of her imagination is vast and unchartable, while the memoir suggests it is because that we have only begun to probe humanity's very real cruelty. "I elude myself," one of her characters writes, and perhaps that's the point — to stay one step ahead of this terrible world, you must stay one step ahead of yourself.