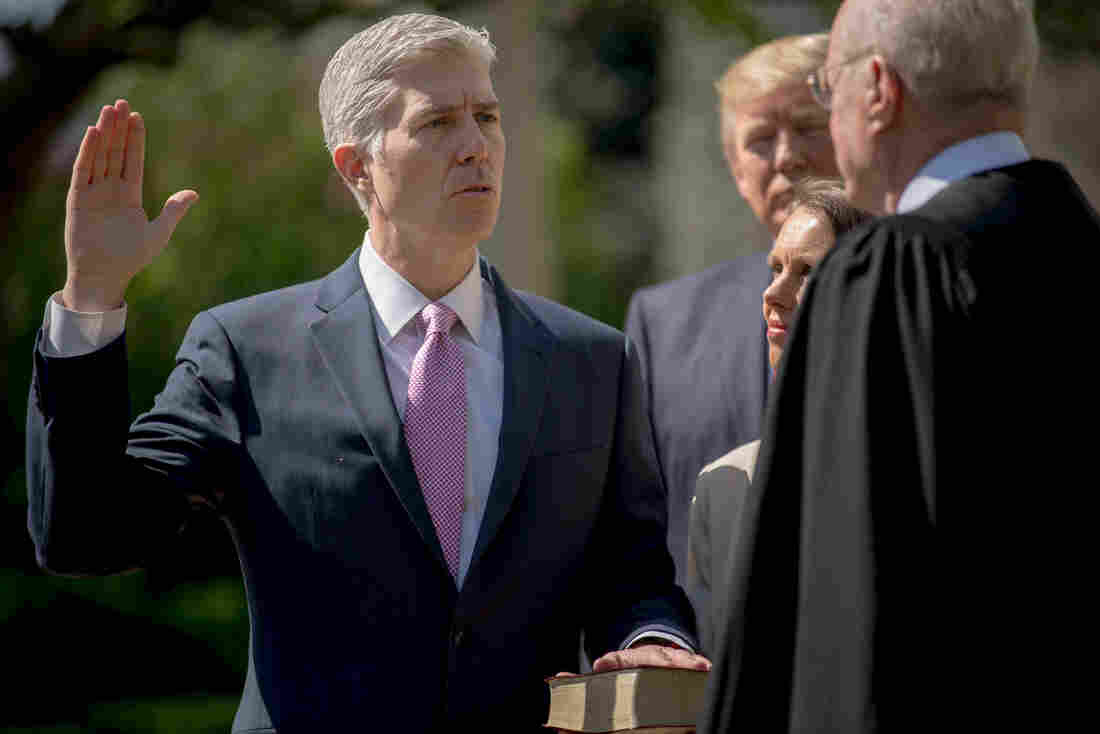 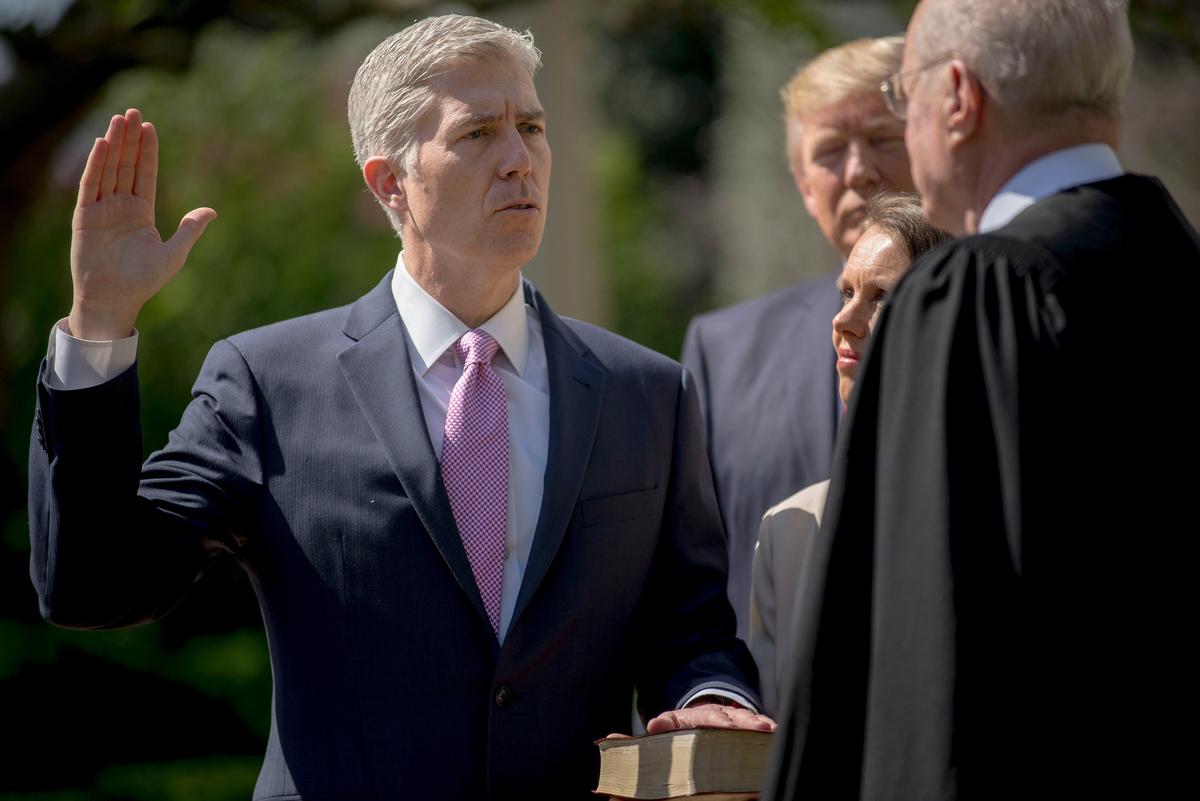 Justice Anthony Kennedy administers the judicial oath for Judge Neil M. Gorsuch during a public swearing-in ceremony at the White House on Monday.

The newest member of the Supreme Court celebrated his swearing-in with a public ceremony in the White House Rose Garden Monday morning. Neil Gorsuch will cement the conservative 5-4 majority on the high court, delivering on a key campaign promise of President Trump.

"I've always heard that the most important thing that a president of the United States does is appoint people — hopefully great people like this appointment — to the United States Supreme Court," Trump said. "And I got it done in the first 100 days."

Gorsuch will fill the seat left vacant more than a year ago by the death of Antonin Scalia. The 49-year-old promised to remember that legacy as he puts his own mark on the court, likely for decades to come.

"I won't ever forget that the seat I inherit today is that of a very, very great man," Gorsuch said.

"To whom much is given, much will be expected," Gorsuch said. "I promise you that I will do all my powers permit to be a faithful servant of the Constitution and laws of this great nation

Justice Anthony Kennedy, for whom Gorsuch once clerked, administered the judicial oath. All of the other justices were on hand for the outdoor ceremony. Gorsuch will be the first former Supreme Court law clerk to serve alongside his onetime mentor.

Trump may get the chance to nominate another Supreme Court justice if Kennedy or one of his colleagues steps down. The president flattered the 80-year-old Kennedy, calling him "a great man of outstanding accomplishment."

"Throughout his nearly 30 years on the Supreme Court, Justice Kennedy has been praised by all for his dedicated and dignified service," Trump said. "We owe him an enormous debt of gratitude."

Trump also paid tribute to Republican Senate Leader Mitch McConnell, R-Ky., who helped engineer the moment. McConnell declared within hours of Scalia's death in February of last year that then-President Barack Obama should not be allowed to fill the seat. He blocked a confirmation hearing for Obama's nominee, Judge Merrick Garland, preserving the vacancy and giving conservative voters another reason to side with Trump in last year's election.

Senate Democrats were still fuming over the treatment of Garland and threatened to filibuster Gorsuch's confirmation last week. Republicans changed Senate rules to prevent that, and Gorsuch was confirmed, 54-45, on a largely party-line vote.

Gorsuch, who spent the last decade on the U.S. Court of Appeals for the 10th Circuit in Colorado, is expected to attend a private meeting with fellow justices on Thursday to consider new cases for the high court. He'll also take part in the next round of oral arguments, set to begin next week.